The woman knows from living with the abusive man that there are no simple answers. Friends say: “He’s mean.” But she knows many ways in which he has been good to her. Friends say: “He treats you that way because he can get away with it. I would never let someone treat me that way.” But she knows that the times when she puts her foot down the most firmly, he responds by becoming his angriest and most intimidating. When she stands up to him, he makes her pay for it—sooner or later. Friends say: “Leave him.” But she knows it won’t be that easy. He will promise to change. He’ll get friends and relatives to feel sorry for him and pressure her to give him another chance. He’ll get severely depressed, causing her to worry whether he’ll be all right. And, depending on what style of abuser he is, she may know that he will become dangerous when she tries to leave him. She may even be concerned that he will try to take her children away from her, as some abusers do 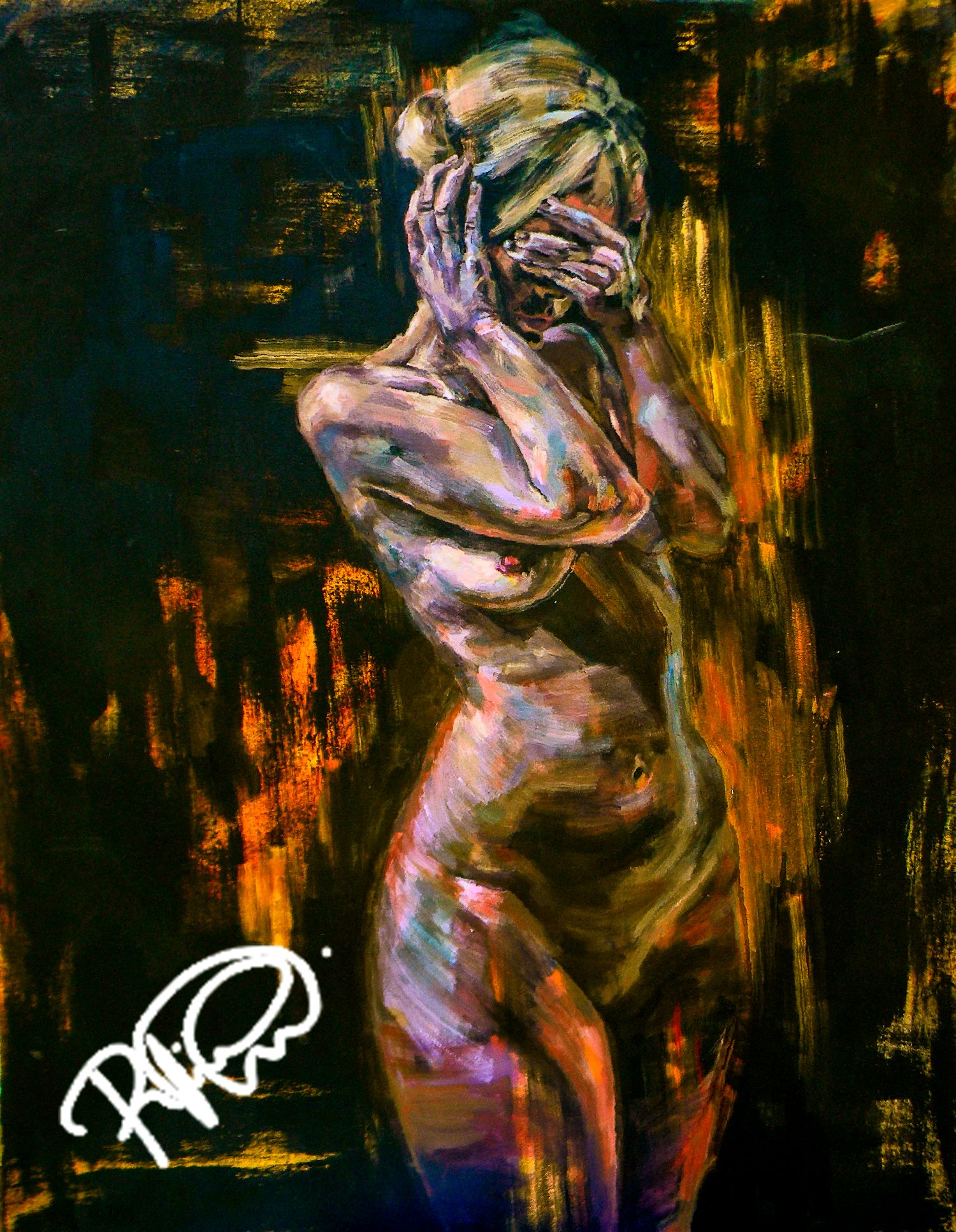 Powerful painting. There's alot of depth with the artwork and statement.