Jeurat Leu or can be interpreted as a lot of graves, the place is a stopover while the warriors of Aceh who have fallen in battle, in the Dutch colonial era. Located in Pidie, precisely in Meunasahpapeun, Kalle settlement, Muaratiga (Laweung). In addition, it is often used by former GAM members as a hideout and escape when attacked by TNI / POLRI during DOM, Military Emergency, and Civil Emergency, a conflict that struck Aceh for 30 years.
This place is so named because, so many of Aceh's hero's graves contained here, it is estimated that thousands of bodies were buried here, visible from the number of gravestones in the cemetery. It is said that the grave has existed since the time of Sultan Iskandar Muda, as seen from the existing tombstones, which were approximately hundreds of years ago, said Alamsyah (65), a native of Meunasahpapeun, who has long followed various religious rituals The cemetery, such as Mekaoy (nazar), and Kauri Blang (syukuran sawah).
The location of Jeurat Leu is very strategic, geographically very suitable for prehistoric and prehistoric tourist sites, located at 150 mdpl, between rice fields and beautiful sapphire hills, so that when we are there we can immediately see the very blue sea of ​​Laweung Seulawah Inoeng (virgin / female) and Seulawah Agam (male), two very famous mountain icons in Aceh. Besides the vast sapphire and rice fields, make this place worth visiting. But now, Jeurat Leu is only a name in Meunasahpapeun, no government would care about it, if it can not be protected and developed for education and research, it is not impossible that Jeurat Leu will disappear from the surface of Aceh, and his name is only a memory Which can not be lowered. 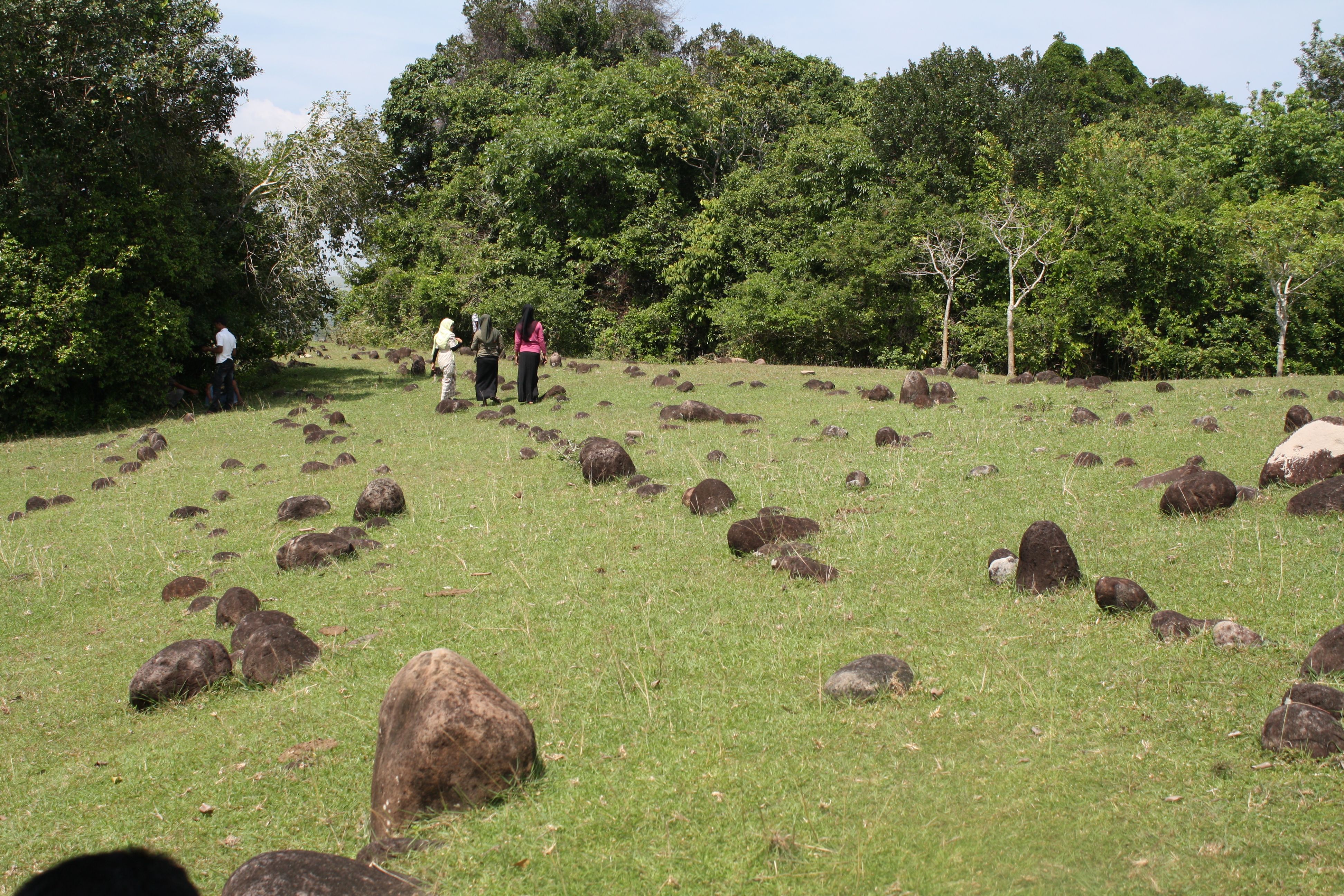 The dark history in the land of loyalty.

An interesting entry about the history of the Dutch invaded Aceh.

The other side is also other historical relics such as old dining complexes with carved headstones.

I hope you spend some time sharing about it.

Yes thanks for your info or suggestion

Congratulations @ratnaasik! You have completed some achievement on Steemit and have been rewarded with new badge(s) :