As most of you know me as @bitrocker2020 , however most of my friends call me Simon, currently residing in Kuala Lumpur the capital of beautiful Malaysia. I've been on steemit since late May 2017 and after understanding the entire mechanics of the Steem Blockchain, I knew that there was no way a minnow is able to grow on Steemit without investing their fiat into it unless they are part of a community.

That was how TeamMalaysia started . It was just merely connecting with other known Steemians who was posting using the tags of Malaysia and quickly setting up the main source of communication then which was Facebook.

I currently run a witness node since September 2017 and have just upgraded my servers due to the increase of size of the blockchain over the couple of months. Here are my specs :

The only way I knew how to promote The Steem Blockchain was of course thru events and I managed to seek the help of other steemians around Malaysia who provided all the support they could.

These are just some of our many many talks about Steemit. Now even these events are done not only by me however by other steemians as well such as @maverickfoo , @danieldoughty , @digitalmind , @wilsonkoh , @dilresh , @diamondray , @davidke20 , @calebleejl , @angiechin28 , @perennial and just so many more. The main tag which most malaysian uses to support each other as a community.

more details on statistics here more analytics of our tags

Why I Promote Steem/ Steemit & want to Become a Steem Ambassador

How I aim to achieve this.

These are just some of my ongoing initiatives to help achieve the set goals :-

This is my application for Steem Ambassador , I do like to thank @danieldoughty and @cryptocurator for reaching out and introducing me to this great initiative which I hope to be a part of.

Have a great weekend !

Awesome. I wish to give my 1 million percent is there is such thing of support on this application. He is the key driver to the growth of Steemit In the region, a man of wisdom and just that is passionate in steem and steem blockchain.

Thanks bro for the super support !

I vouch for Simon aka @bitrocker2020! Not because I know him since school days (4 years only and he sits behind me, I can't recall if I ever play police and thief with him during school recess) but because he walks the talk. He selflessly build the team from ground up, with challenges of course and yet he soldier it like a true Commando. He is a man of few words, always thinking how best to approach on things. Let me know how you need our support, will be there! Resteeming this and getting all the babes to support. Keep it up bro, you can do this because you are already there!

Good job @bitrocker2020,
We always support from behind...

For Malaysia, I think you are the signature icon jor. Support, go go!

Very happy to see your application Simon. I see an immense dedication to spreading the use of Steemit and the Steem Blockchain backed with passion, hardwork and a great mission and humanitarian spirit at it's core. I would look forward to collaborating. Best Wishes 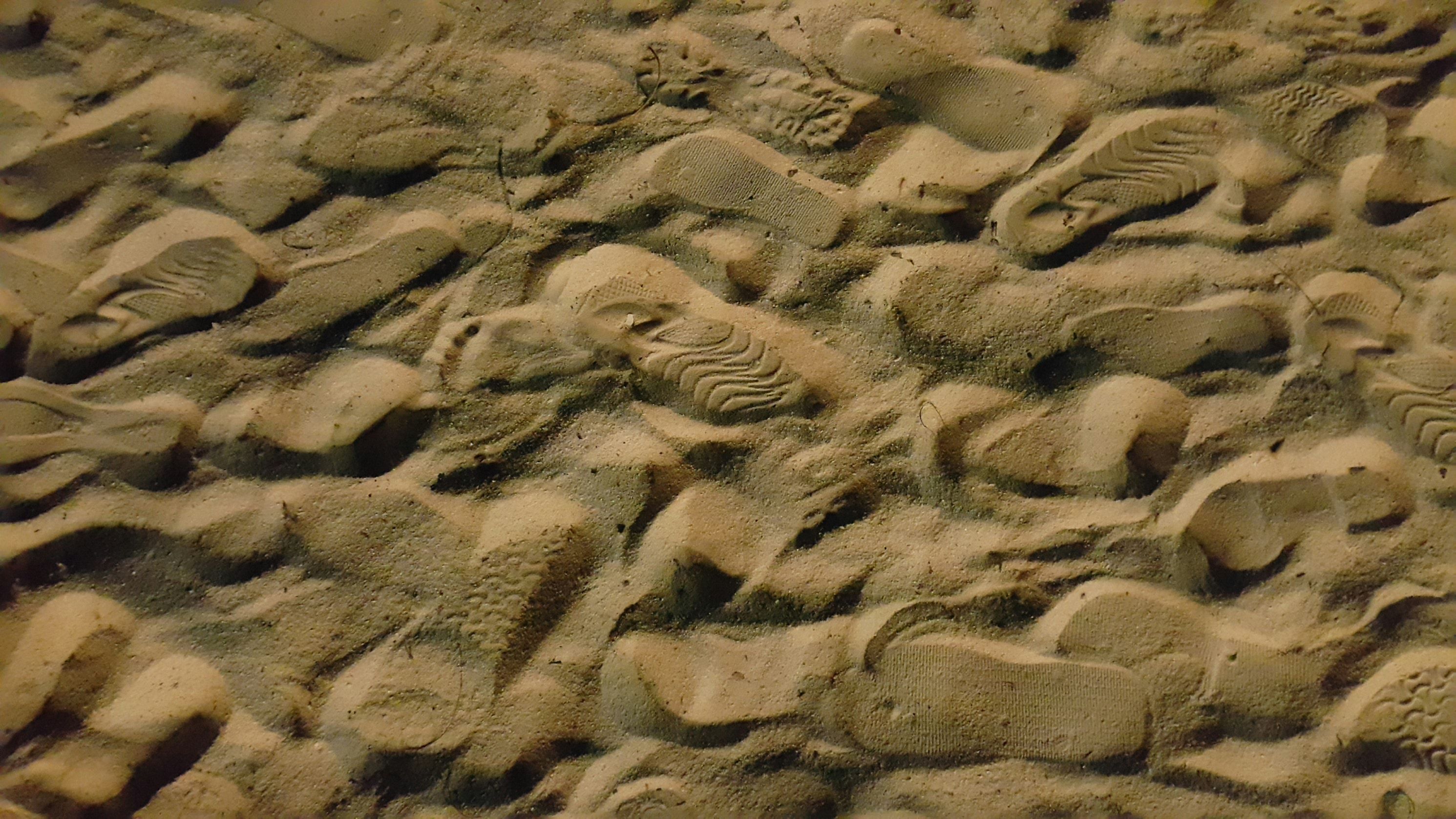 This footprints on the sand says it all...

Rooting for you to be Malaysia's Steem Ambassador. With your vision to embrace ALL communities in Steemit World similar to real life on the ground, Simon, you may as well run for PM and truly celebrate diversity!

Under your leadership, may all Malaysian communities in TeamMalaysia thrive and make Malaysia proud again on the world map. AMEN.

LoL .. running for PM is surely not in my bucket list . Thanks for the kind words

On behalf of #teammalaysia, we would like to express our gratitude: Thank You!

Thanks @legendchew .. really appreciate it

Thank you so much @melindajamulis

Thanks @chanelcalestus .. appreciate the support

Hey @bitrocker2020 I really support you on this and can't thank you enough for all the effort that you have put into Team Malaysia. Thank you for helping me and I am so grateful that I am a part of Team Malaysia. I hope to be able to do more for Team Malaysia in time to come! Upvoted and resteemed!

I'm sure your expertise and experience is well required. 😁

Thank you, @bitrocker2020 , for all that you do - don't know how you do it. Your tireless push for and on behalf of #teammalaysia knows no boundaries... All the best for this initiative! 💪

Malaysian witness on fire! Thanks for the mention! Getting slight international Steemians attention di :D Wohoo!

Ini mesti support bro. Thank you for thr contribution given.

You were a STEEM ambassador before there was an application for it. If anybody is quaified, it's definitely you!

thanks @branlee87 .. we are all ambassadors in our own way . thanks for the awesome support =D

That's true, bro. Glad it's you though that's at the forefront of leading the rest of us ambassadors :)

@bitrocker2020 Woah, you're truly impressive big bro. Show the world what us can do :D

Support! Thanks for the contribution to #teammalaysia 🙌 all the best man! we all depend on you :)

It was not an easy task to build a #teammalaysia community from scratch here in Malaysia.
But to make it into huge community within less than 1 year is sooo amazing.
Respect for you @bitrocker2020. You are more than qualified to be an ambassador.
Cheers

Thanks bro ... The growth is a combination of efforts from everyone which I'm truly greatful of . Aramaiti

Wahh!... You are already an ambassador for #teammalaysia before the position was officially announced Big Bro... you have all the skills and connection and I believe you're super qualified for this... all the best!

Thx bro @sireh .. let's all grow the community together as one big family

Go go @bitrocker2020. I m part of #teammalaysia and #teammalaysiababes support u and support each other too !

"You don't know what you've been told,
#teammalaysia is brave and bold!"

Jia You! Jia You! @bitrocker2020
#teammalaysia & #teammalaysiababes are behind you all the way!! and cheering you on!

cheers @noriaakip ... your unending support makes it all worthwhile !

Support... we all have the common agenda and you can always rely on our support

You are the obvious choice for the role @bitrocker2020 and you have the support of everyone at #teammalaysia as a Steem Ambassador. Can't wait to see all the initiatives being rolled out in time to come

Thanks @karinzdailygrind ... Whatever the support .. it would surely be beneficial to the community

thanks bro ! we need more ppl like yourself to grow this even bigger

There's no doubt that you are more than qualified to be a Steem Ambassador @bitrocker2020, I'm 100% sure that you will be elected.

haha .. thanks @beverlyjoe ... looking forward in supporting the community better

thanks @audrewclaire .. your support meants alot

Hello, Thanks for such a great application and all the fantastic work you have been doing to increase awareness about the steem blockchain and its potential applications!

We at #promo-steem and @steem-ambassador have reviewed your application to become a Steem Ambassador and we are pleased to say that we would like to propose your candidacy to the community per the Application Approval Process HERE!!! :)

In order to proceed we would like to know that you are happy to follow the Steem Ambassador Responsibilities and Guidelines outlined HERE & HERE.

Please respond below with your positive response and we will proceed to propose you to the Steemit community as a Steem Ambassador!!

hey @steem-ambassador ... thanks for the consideration, i would love to be part of the team. however there is only 1 point which may not be able to comply. will explain it further thru discord

Amazing,very interesting...
I support your application @bitrocker2020
And I have approved your as my witness.

Can anyone join team Malaysia?

Malaysians only. But you can always root for Simon Pang @bitrocker2020 to be our Ambassador. Thank you for your enquiry. :)

Good work brother. You are working hard for the steemit community.