How long have people been voting "for" one candidate, for the sole purpose of voting against another one, while saying, "at least it's a step in the right direction"? I've even seen some people who call themselves anarchists doing this. (This time around, some people are imagining Fuhrer Trump to be the slightly-less-evil evil.) But no, it's never a step in the right direction. At best, it's a step in a different wrong direction.

Take the example of Ronald Reagan. Of any president elected in a very, very long time, he was the most openly anti-"government." In his first inaugural address, he famously said, "Government is not the solution to our problem; government is the problem." How could that not be a step in the right direction? But what was the real-world result of the election of the most (supposedly) pro-freedom, anti-"government" president for many decades? A vast increase in "government" powers, via the "war on drugs," and a vast increase in militaristic war-mongering. Some might say--and I sort of think this myself--that Reagan in some ways was a troublesome puppet for the puppet-masters. I think he probably actually believed a lot of what he was saying. Nonetheless, if there is even one way in which some elected "official" would want to use the "Ring of Power," that is where "government" will grow. "Government" power and control in one direction might not grow, but "government" power in some other direction will. In other words, a step in a different wrong direction, instead of a step in the right direction.

It's human nature to be most concerned with whatever disaster, problem or injustice you see happening right now. And that makes it tough to be objective. If your house was on fire, it's likely that your only concern would be to put out that fire. But if you did that by dropping your house into a lake, you would quickly learn that there are other problems just as bad as fire. And that is the best that voting ever is: replacing one problem with a different problem. Usually, it's not even that good. Usually it's leaving the old problem where it is, while adding a new problem in another direction. It's not a "step in the right direction." Ever.

And now for the punchline...

The words you see above are from something I posted to Facebook over two years ago, over a year before Trump took office. And with the Orange Fuhrer's current attempts to ramp up the bogus "war on drugs," including calling for murdering people who sell products to willing customers, I thought that--whether this is rude or not--a "told ya so" was in order. Yeah, but he is still better than Hillary. Executing drug dealers would not be murder, technically. Often times in life we have to choose the lesser of two evils. We can abstain but then we are just abdicating the decision to others. This president will likely appoint 3 Supreme Court justices, the ones Hillary would have appointed would have been openly hostile to the 1st 2nd, 5th and 14th amendments. Trump sucks in a lot of ways, but we will still have free speech and the right to bear arms when he is done.

Legal executions are still murder. In fact, they are premeditated murder.

A consentual trade between two people (what a drug deal is) is NOT a greater evil than premeditated murder. You might want to consider why exactly two people trading (drugs, sex, weapons, or anything else) of their own free will should result in one of them being killed.

Because some group calling themselves "the masters" or "the government" said so doesn't make it right.

That being said, I'd agree that he is better than Hillary.

You can feel like it is murder but "murder" is a word that has a certain meaning that is very clear.

NOUN
the unlawful premeditated killing of one human being by another.

"unlawful", thus when you kill someone within the boundaries of the law, such as with an execution or in cases of self defense, it is not murder. That is just what the word means.

Because some group calling themselves "the masters" or "the government" said so doesn't make it right.

It does not make it right but it does make it not murder.

People who trade in dirty inconsistent unlabeled poisons that kill 60,000+ Americans a year are not really selling a merchantable product and they are evading the taxes that we may not like but we are paying, which screws us. We expect that things will be labeled and the label will represent accurately what the product is at a minimum, illicit drugs don't meet that standard. The solution is to legalize them and regulate them just like any other food or drug. Trump does not see that because his brother died from drugs and he was in his prime in the 80s when being tough on drugs was cool.
One shudders at the thought of Hillary despite Trump's obvious flaws. She wanted to retain the federal prohibition on medical cannabis as well.

Yeah, I suppose that lung cancer is better than brain cancer.

Really drank in that Trump koolaid, didn't you? By the way, murder is not a technicality. Killing people for selling products to willing customers is murder, regardless of what politician scribbles say about it. (P.S. The Orange Fuhrer is CURRENTLY pushing for federal "gun control" that Hillary would never have gotten away with.)

Really drank in that Trump koolaid, didn't you?

I didn't vote for Trump, but I did watch Hillary call for a constitutional amendment to do away with the first amendment at the DNC and saw them all cheer that. Recognizing that Trump is not as bad as Hillary is drinking the kool aid? So am I supposed to say Hillary would have been better and that would be not drinking the kool aid?

By the way, murder is not a technicality. Killing people for selling products to willing customers is murder, regardless of what politician scribbles say about it.

Of course it is, "murder" is a word that has a very specific meaning, not all killing is murder and legal executions by the state for a crime are not murder, by definition. That's silly, if you kill someone in self defense it is not murder is it?

"(P.S. The Orange Fuhrer is CURRENTLY pushing for federal "gun control" that Hillary would never have gotten away with.)"

Not really, Trump said a lot of things, seems like lip service since he has retreated from all of them, he is not actually pushing for anything but arming teachers. Tell me about the federal gun control he is pushing. If Hillary had the Parkland false flag we would probably have a federal assault weapons ban by now and her supreme court would uphold it. Would Trump's?

PS when people use euphemisms for the president they seem more triggered than objective, what was your opinion of people who could not discuss Obama without using some name they made up for him that they considered insulting? If you called Obama "the brown fuhrer" that would be racist wouldn't it?

So the communists and the nazi's and the sorts, did not commit murder either. They were all working within the law.

they were deemed to have violated international law in some cases, then they were executed, or would you say they murdered those Nazis? Or they would be criminals for even hiding jews and therefor if they were executed for that, it was o.k. For they were the criminals for hiding the jews? And my grandparents were not murdered in that situation but receiving their just punishment, for they should have obeyed the law? You probably would have been an NSB-er if you were their neighbour who would have ratted on them. If I reason according to your "logic".

In some cases.....
how about all the murderers of those hundred millions of other people 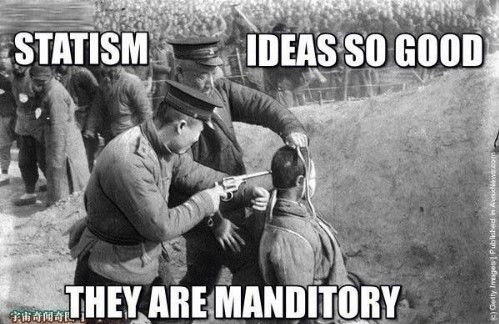 so you would say the Nazis were "murdered"?

Do you think killing US troops is a murder?
Isn't the act of killing a person called a murder? Unless you killed someone in defense? Nazis were mostly individuals believing in main stream story, just like most of mericans and israelis do today. do you believe that if a politician writes down that killing some people isn't a murder it changes the morality of this act? do you support other troops? how about the laws of physics? when politician wrote down that on 9/11 laws of physics worked differently? do you believe this scribble changed physics just like it changes the morality? what else can these magicians do in your opinion? :D

"I like taking guns away early. Take the guns first, go through due process second."

Guess who said that, Hillary or Trump. Tell me again how Trump is better, because Hillary would have demolished the 2nd and 5th Amendments.

I don't have to guess, I knew already Trump said that, Hillary was running on an openly anti gun/ speech platform, Hillary and Obama were supporting the democrats who were literally protesting in the house of representatives AGAINST civil rights, trying to pass a bill that would have negated the 1st, 2nd, 5th, and 14th amendments on the federal level. Hillary had the DNC literally cheering for an amendment to amend the 1st amendment. Like I said, Trump sucks, but clearly he is the lesser of two evils. Who would Hillary have appointed to the court? Who did Trump actually appoint, someone who will protect gun rights or not?

Trump's comment is meaningless, he says a lot of things, has he pushed for a bill to take guns without due process?

I note you didn't even attempt to answer any of my questions before you shut down.

And what do you do with your free speech and the right to bear arms?

Draw pictures of Mouhammed without fear.

what the gov needs is more " less government " in line with this we plan on forming a special committee with bi-partisan support on ways to reduce the increaseing growth in gov waste. the reports should be out aftyer 2 years

It proves that everything that comes out of any 'candidates' are lies. Whatever is said, it's really the complete opposite. "less government" = more, "global warming" = cooling, etc.

True, but in this case, Trump was openly an authoritarian police- and soldier-worshiping control freak even while still campaigning. But some people were determined to just IMAGINE him to be something else--something he wasn't even pretending to be.

Its the same "hope-and-change" BS every 4 years...and people keep falling for it...

While I still don't vote on principle, I have registered to vote so that I can sit on a "jury" (um, struck jury... but good enough) and save a someone who has not harmed anyone from sitting in a cell.

That being said, people who actually do vote should be calling for range voting at all levels...

As long as people believe that "government" has rights that no people have themselves (the right to steal, murder, extort, and more on a mass basis) then we will simply end up with more stupidity no matter how good the elected official might seem.

The best potential choice put forth by the two sides of the authoritarian party in recent history was Ron Paul... and I'd be willing to bet that the end result would be either more government OR his untimely death.

I guess you are gonna have a lot of "told ya so's" ahead of you. sigh

That's okay Larken. Adam is going to fix everything.

Not much to add except a resounding "yup". 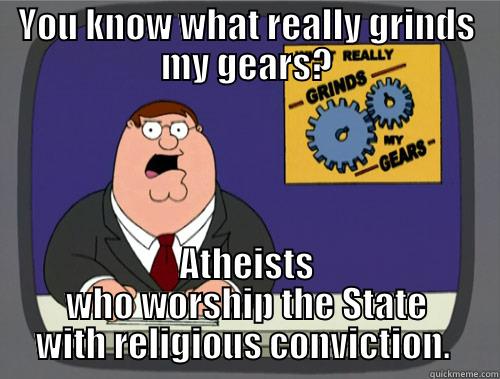