A Very Brief Introduction To Cascadia

From Thomas Jefferson to Ecotopia to right here and now, a vision of an independent Pacific Northwest has been described by a lot of people for a lot of years.

A city council member in Kamloops, British Columbia raised a stir recently when he voiced support for Cascadia, an independence concept with a long and complex history in the Pacific Northwest. 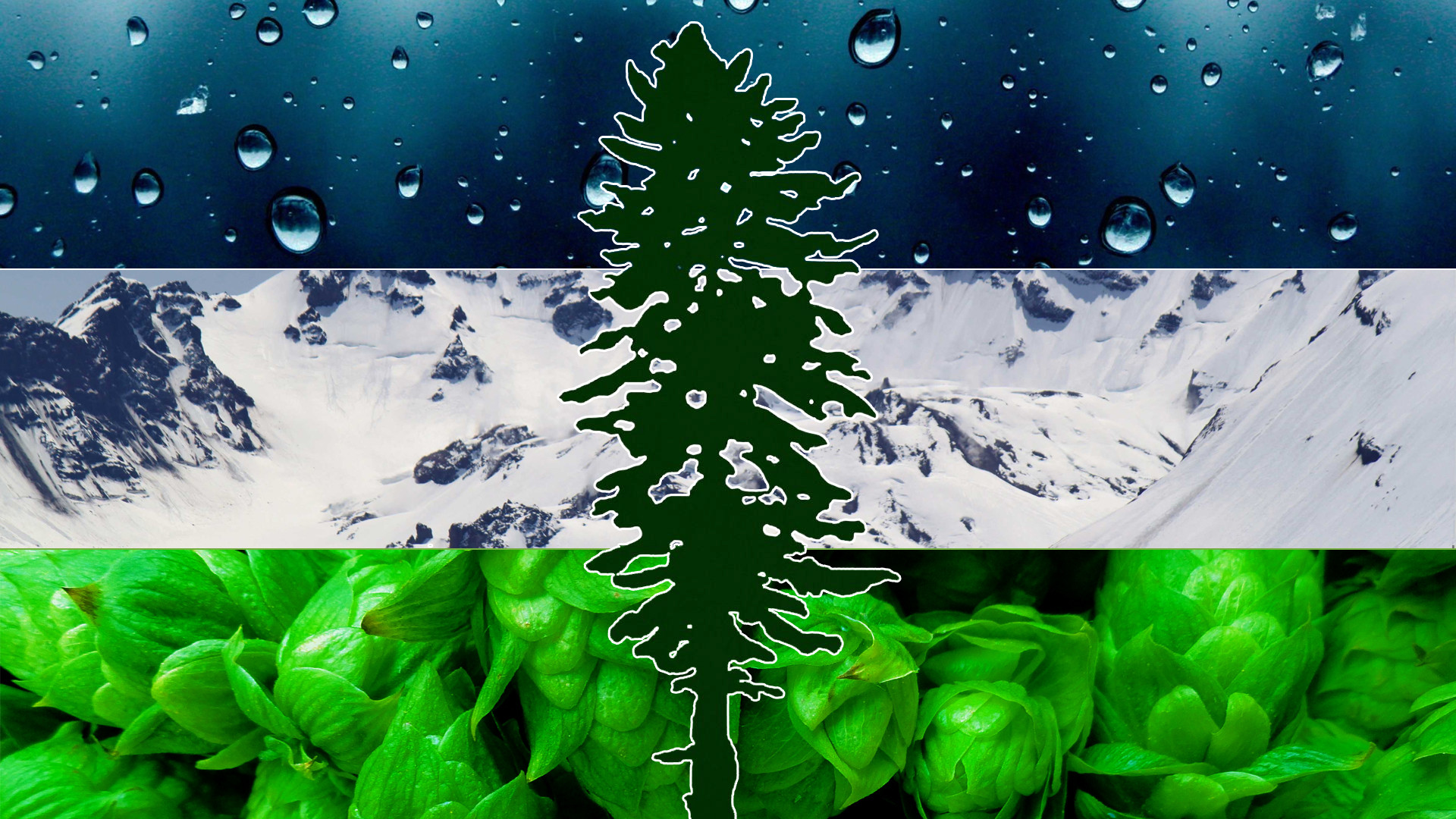 Cascadia contains many types of ecosystems, but they are all shaped by the fundamental natural forces of seismic shifts and water finding its way. Cascadia also implies independence from current political systems in the areas that make up Cascadia. It ignores existing political boundaries, defining its borders naturally instead.

So what is the area that makes up Cascadia?

Most of Idaho and some parts of Montana, Wyoming, California, and Alaska fill out the edges. It’s inaccurate to use existing political boundaries to describe Cascadia, but those are the shapes an lines that everyone already knows about. The natural boundaries of Cascadia include every watershed that drains into the Pacific over the Cascadian subduction zone, which is the submerged portion of the San Andreas fault line. The biggest watershed in that area is the Columbia River, but it's not the only one. Earthquakes and volcanic activity arising from the Cascadian subduction zone are responsible for shaping the land, including the watersheds as seismic shifts can be credited with the creation of at least large parts of the Rocky Mountain range.

In thinking about the Pacific Northwest, whether one's ever heard the name Cascadia before not, we usually think about the rain forest along the coast. That's a big part of what Cascadia is, along with the rocky coastline. But beyond the Cascadian mountain range and before you hit the Rocky range, you have a long stretch of high desert and that's just as much a part of Cascadia as the rest of it -- what's upstream affects what's downstream and vice versa. Especially in the land of salmon.

Key to the concept of Cascadia is the shared natural resources and characteristics of the area as a distinct bioregion. The area also shares elements of common culture that arise in part from the shared bioregional character. 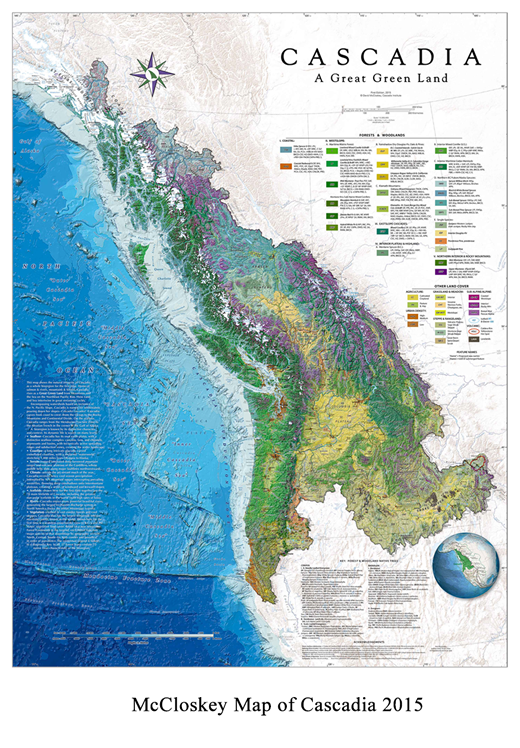 Cascadia is sometimes described as a secessionist movement, with varying degrees of seriousness. After all, a free and independent Cascadia would mean wiping away previous political boundaries. But secession isn't the only way to get there. For most Cascadia adherents (so to speak), Cascadia is a dream and a vision of how things might be different -- of an alternate way of organizing the world we live in.

The concept of Cascadia does a very good job of fulfilling those roles. Difficult though the reality may be, and after all secession from two other nations at the same time by partial areas of existing states certainly has a lot of hurdles -- it's much less difficult to imagine a unified culture and people who occupy that area -- not in the distant future, but right now.

It's not hard to picture the shared natural resources of the area, due to factors as far beyond human control as seismic geology, and to see that we are one people and that we share this land and its resources, and that everything we do within it affects everyone else in it.

Can you see it? That's the power.

There's WAY more to be said about Cascadia; I'll talk about it more in future posts. I live in the region and I've heard about this idea before. I'm not sure if secession is economically/politically viable, but I do love your comments about creating a culture and way of life as a region. I'm really interested to see what further ideas you have about that. I think redefining our way of living and being is really the key to making positive change--unfortunately, it seems like a lot of people are currently spending more time arguing than living their values. I already see a strong culture of environmentalism and love in this region, and I can envision it getting stronger, especially if we make an effort to cultivate it.
Thanks for sharing!

Oh, hell yes! I live in California and never heard of this... Such a wonderful idea! I've been getting so sick of Southern California and I've been increasingly wanting to move north. THIS GIVES ME BUTTERFLIES... Such an awesome post @olyup, thank you!

I didn't know about Cascadia until now. Lovely! Thank you!