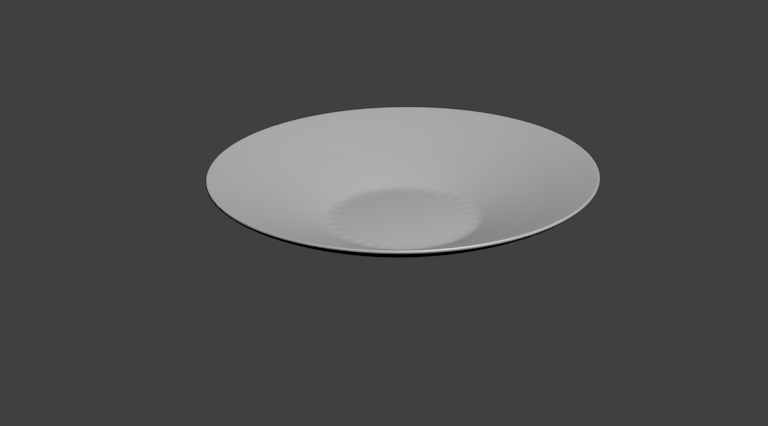 After selecting mesh and clicking on the cylinder it will appear cylinder, then change the angle of view into the ortho front by pressing Numpad 1 + Numpad 5. Next adjust the cylinder as shown below : 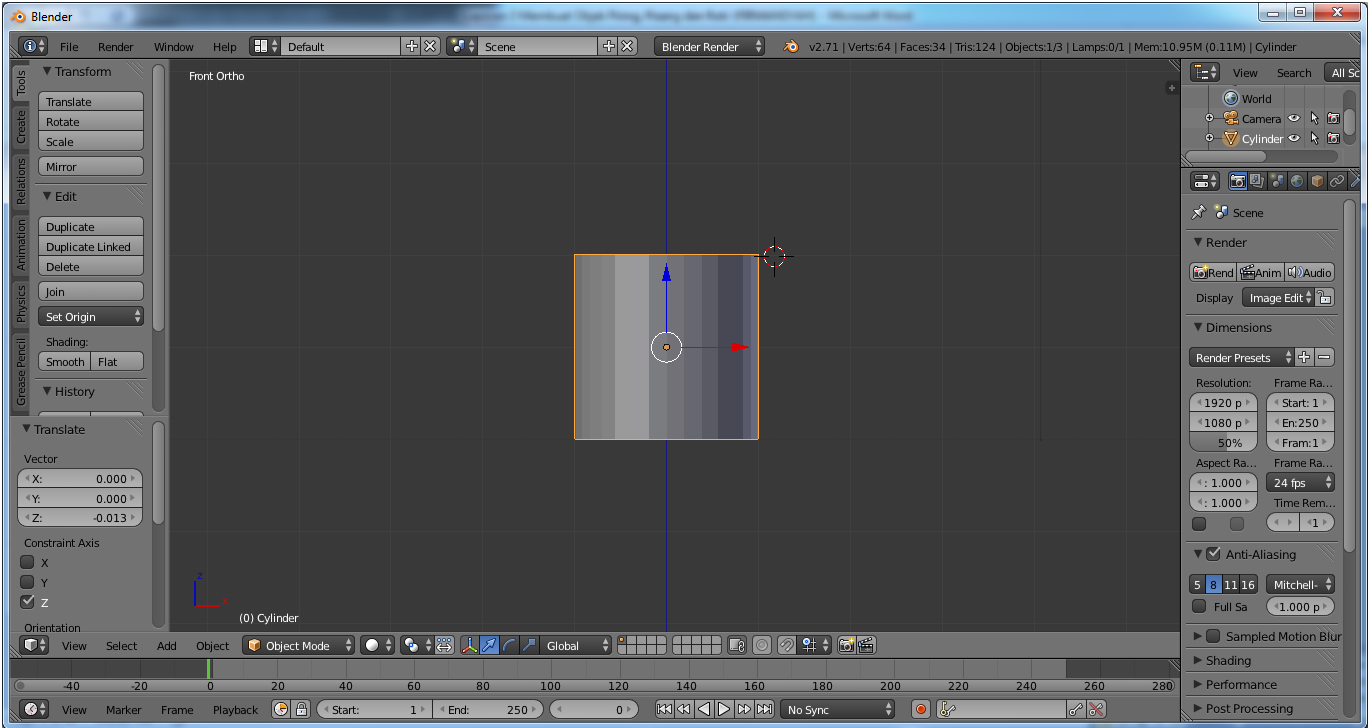 After the top is selected and then adjust the shape of the cylinder by right-clicking on the Z-axis and pointing down as shown below : 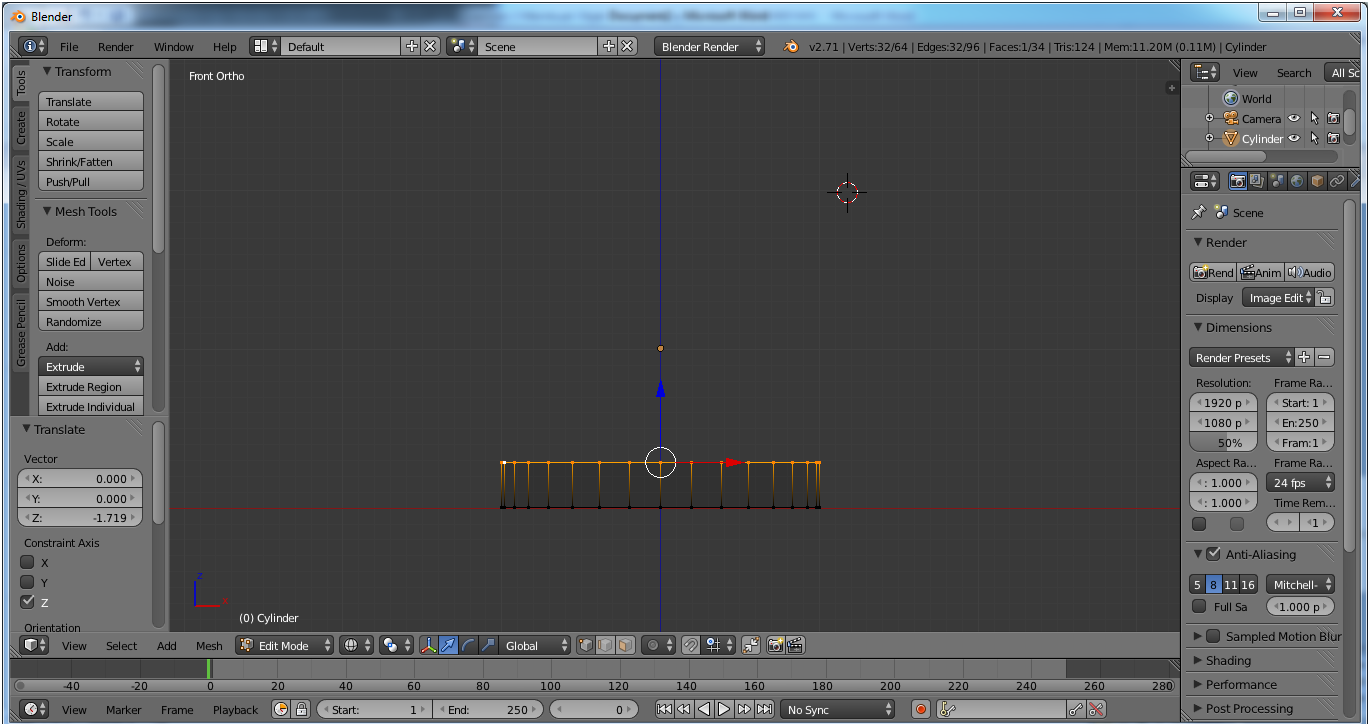 After that by pressing E on the keyboard to add the segment and then enlarge the size of the new segment added by pressing S to get the result like the following image :: Next change to face select and select the top, as in the following image : 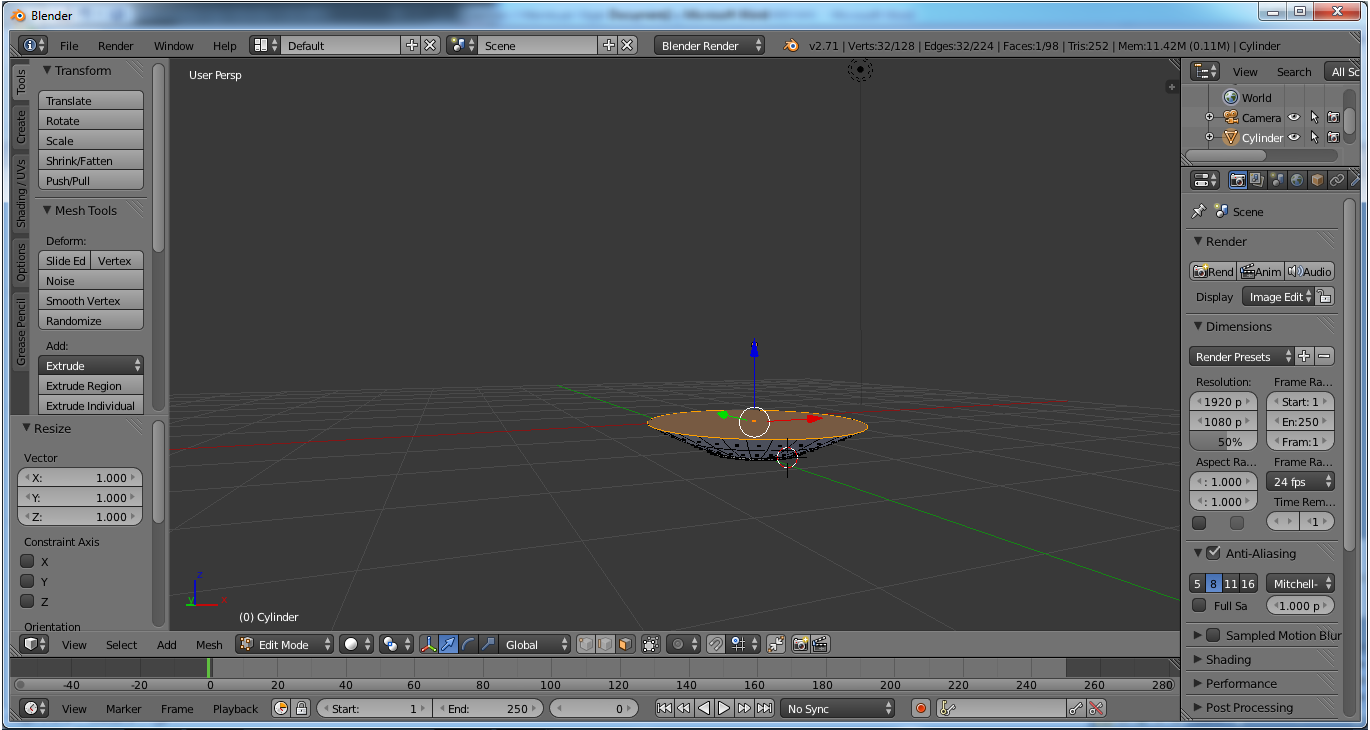 After that by pressing DELETE then choose face Delete to remove the top to form a plate like the following image : Next reinforce plate size with Add Modifier >> Solidify like the following image : 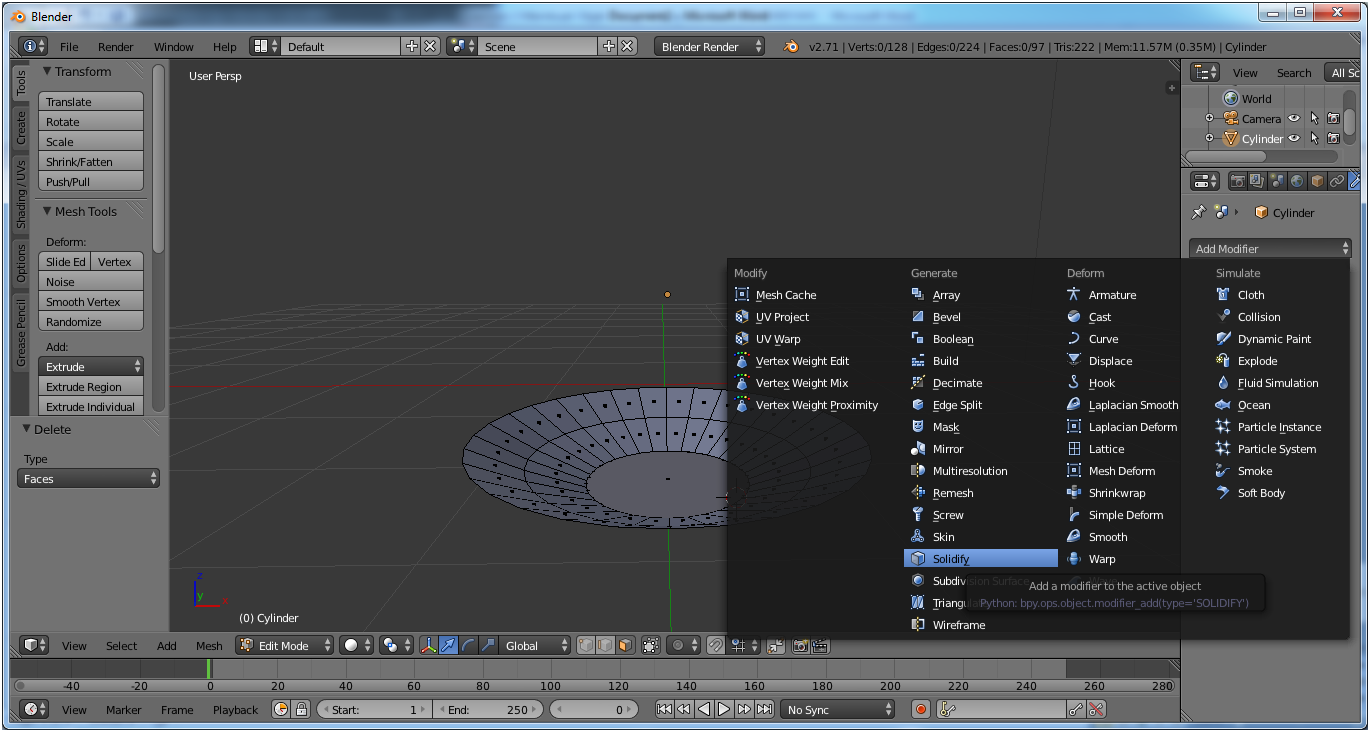 Then give a size of 0.02 on the thickness of the shell after it apply, so the member thickness on the plate as shown below : Next refine the plate by selecting Add Modifier >> Subdivision Surface as shown below : 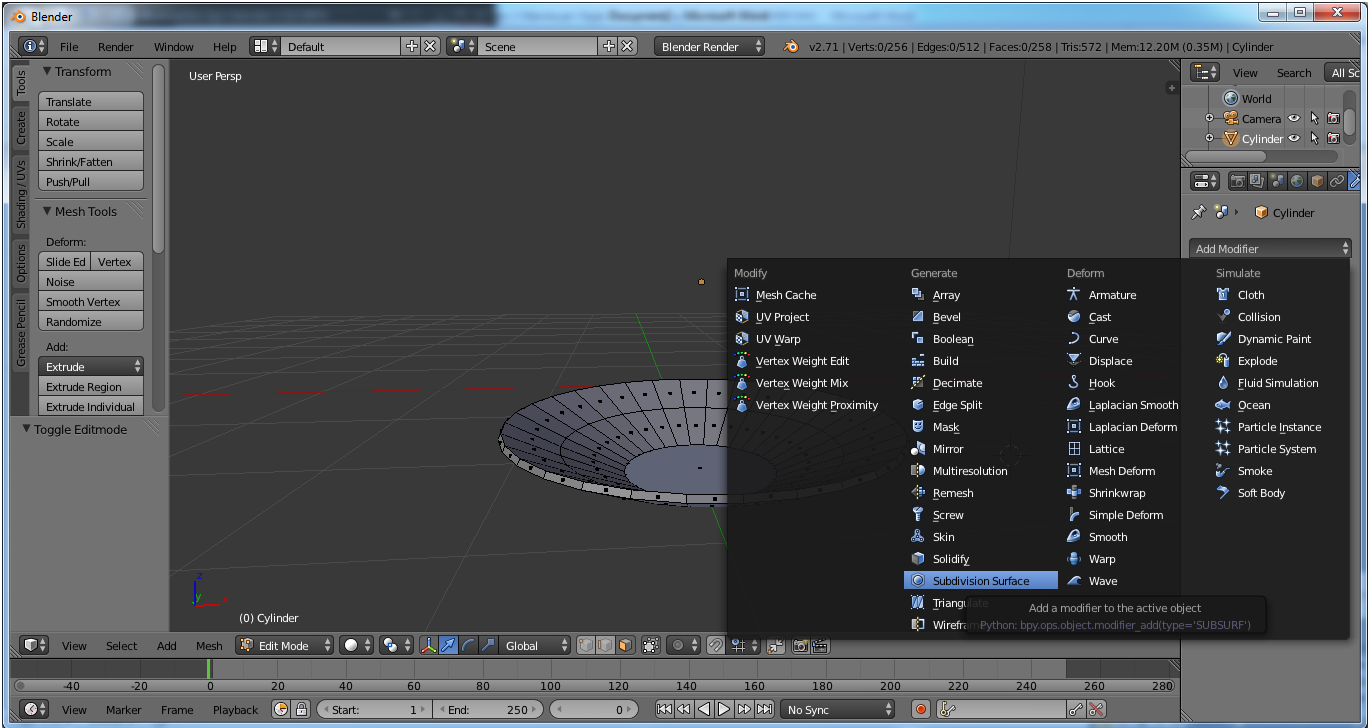 Then adjust and refine the plate object, then give color to the plate so get the following result : For the next object in 3D modeling dining tables, I will make 3D modeling glass object. wait for my next post, thanks.

Nice post but why don't you render your objects ?

yes, I have not done rendering on this animation, because the very long rendering process uses my laptop. in the next post I will present the results of rendering.
there are some animations that I render Fantasy 3D Animation
and 3D animated gymnastics, rendering results while 1000 frames

i agree with you.

yes i agree with you.

thank you, I still have much to learn to be professional

good post. thank you for sharing, help me because I want to grow with you

thank you, yes we do have to help each other :)

@muftykutink Your generate up is spectacular. Mad regard for sticking as a result of many of the hardships, Many of us would've Give up A great deal before. Upvoted.

thank you @orhun, i will not despair, i will continue to struggle doing what i love, hopefully my work can make steemians happy

thanks @mimiandriette, I'm so glad you liked it

@muftykutink Excellent Tale. Awesome you ended up in the position to hustle your way out of your respective condition.

thank @brittancassandra, for beginners as we do need a great effort to grow, hopefully we can grow together

Wow !
Super example with process !!
thanks for sharing my friend !!

@muftykutink yeah! Why I have never considered that until eventually now. Tend to be the animals immortal in advance of male fully commited sin???.

@muftykutink This is actually some incredible function!.

@muftykutink Thank you for obtaining this out..

@muftykutink Thanks for sharing :-)I am following
|
Best of Luck !.

@muftykutink Awesome posts sir... I thoroughly concur along with you. Adore it..

@muftykutink Awesome posts sir... I thoroughly concur along with you. Adore it..

thank you @katinababbie, i'm very happy to hear it