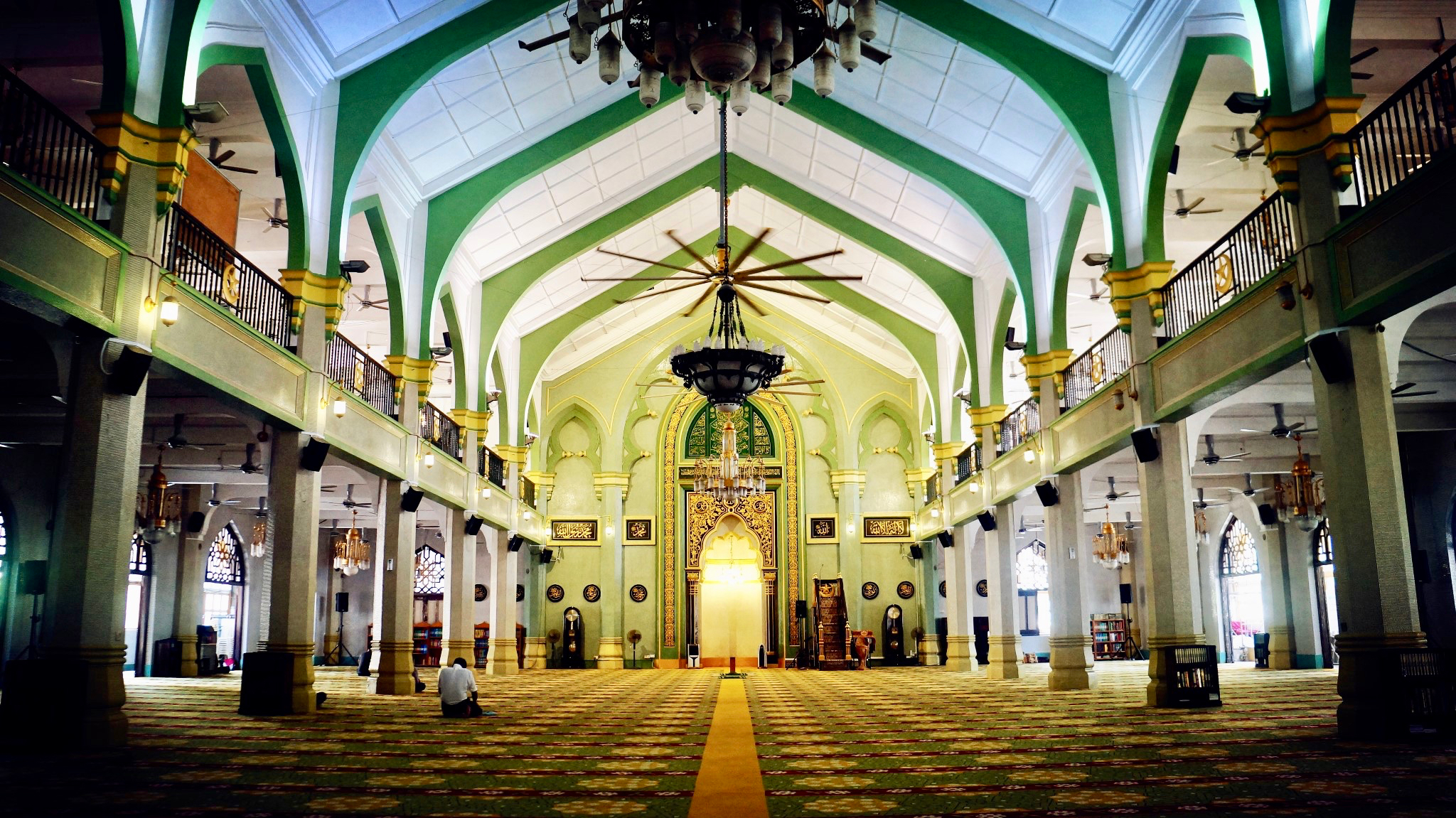 This picture was taken in the iconic prayer hall of Masjid Sultan (Sultan Mosque) in Singapore. Masjid Sultan is located in Kampong Glam, the Malay quarters designated for Malays and Muslims to live in when Singapore was under British colonial rule.

Masjid Sultan was built in the early 19th century with funds contributed primarily by Sultan Hussain Shah of Johor, who was the one who sold control over Singapore to the British for a small fortune.

Congratulations, you were selected for a random upvote! Follow @resteemy and upvote this post to increase your chance of being upvoted again!
Read more about @resteemy here.