slowwalker (80)in #architecture • 3 years ago

There were lots of small museums in Insadong Seoul, as I posted yesterday.
After watching the gallery of prominent painter Park Daesung, I walked along the road to Changdeokgung Palace.

I had posted several times on Changdeokgung palace before. There were villages around Changdeokgung Palace. I had found out the small museum for traditional building construction,

Do you believe that such a large size of palace main building was maid by one man’s feeling and design in mind without any papers.

Of course there was no metal materials in building traditional. The main reason the wooden building could’ve lasted for 1000 years was because of there being no metal nails.

The museum I had dropped by was formed by the last traditional master.
He had begun to learn how to build the house since graduation from the elementary school. 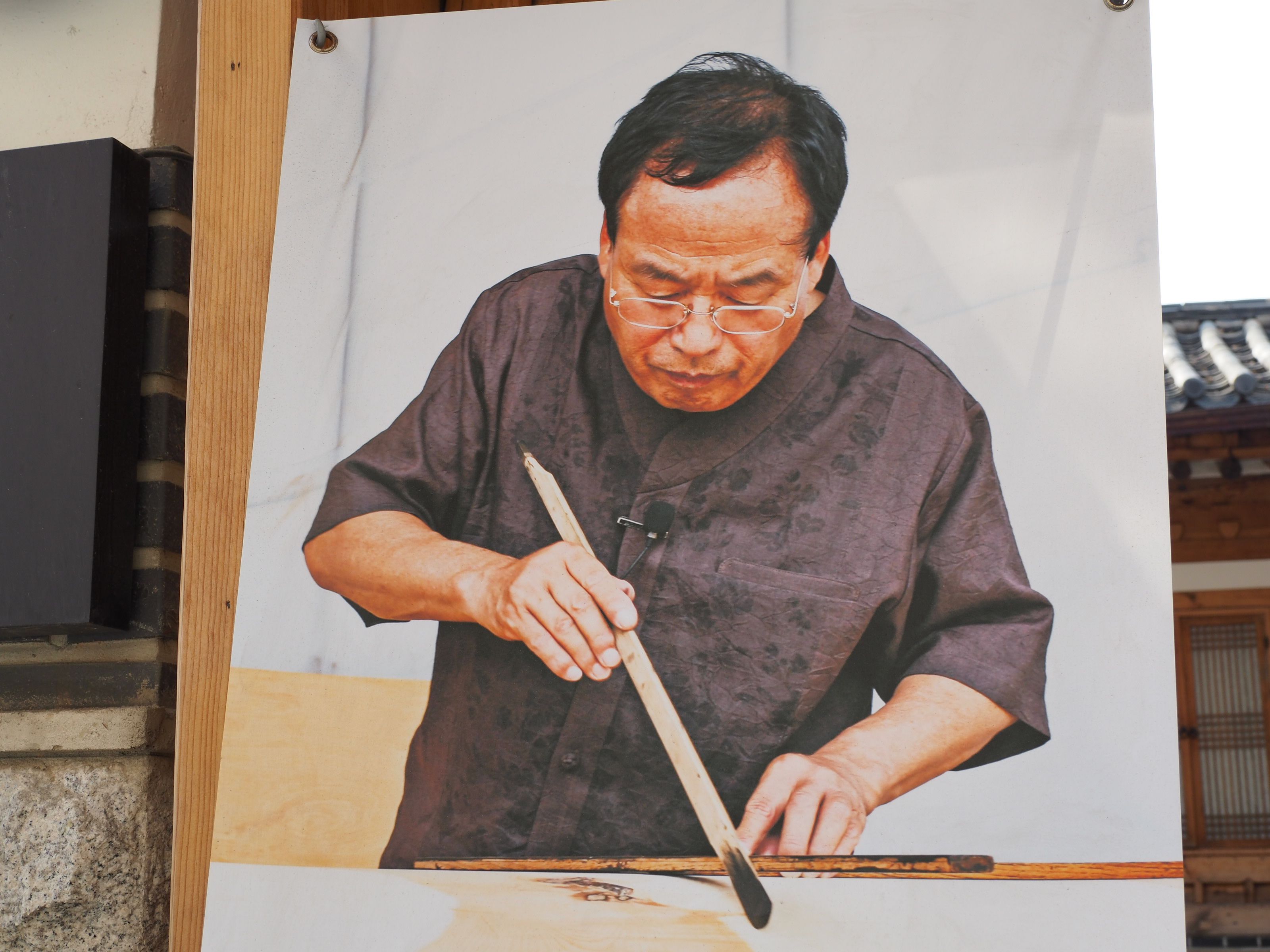 He had spent his whole life to learn and build the traditional buildings.
His name is Sin Eungsoo.

The almost of traditional buildings I had posted in my blog were rebuilt and fixed by him, Gyeongbockgung, Changdeokgung and Bulguksa temple an so on.

At the entrance of museum, his face photo was hung on the wall. 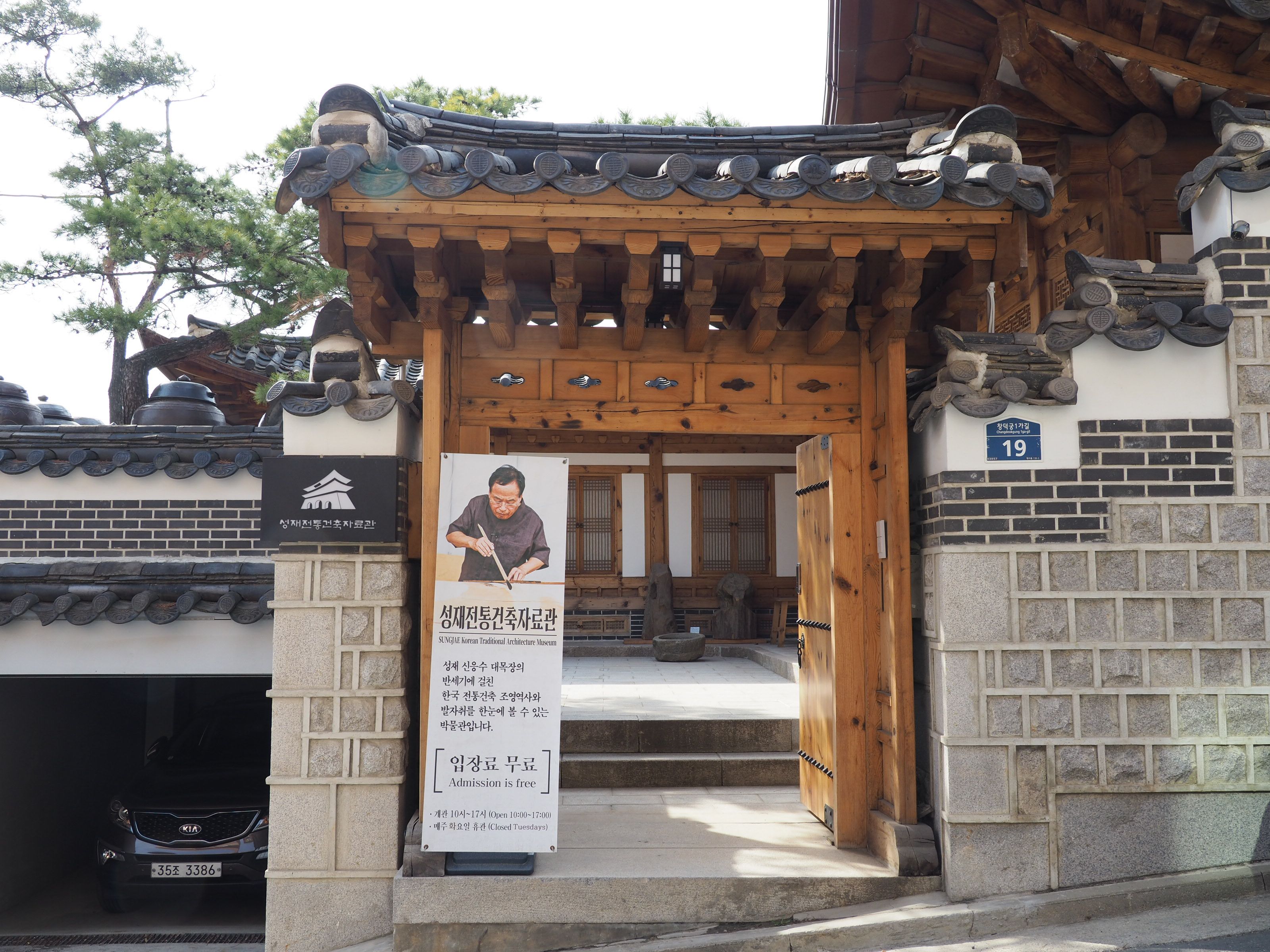 As entering into the museum, the small ground was decorated with some traditional stuffs. 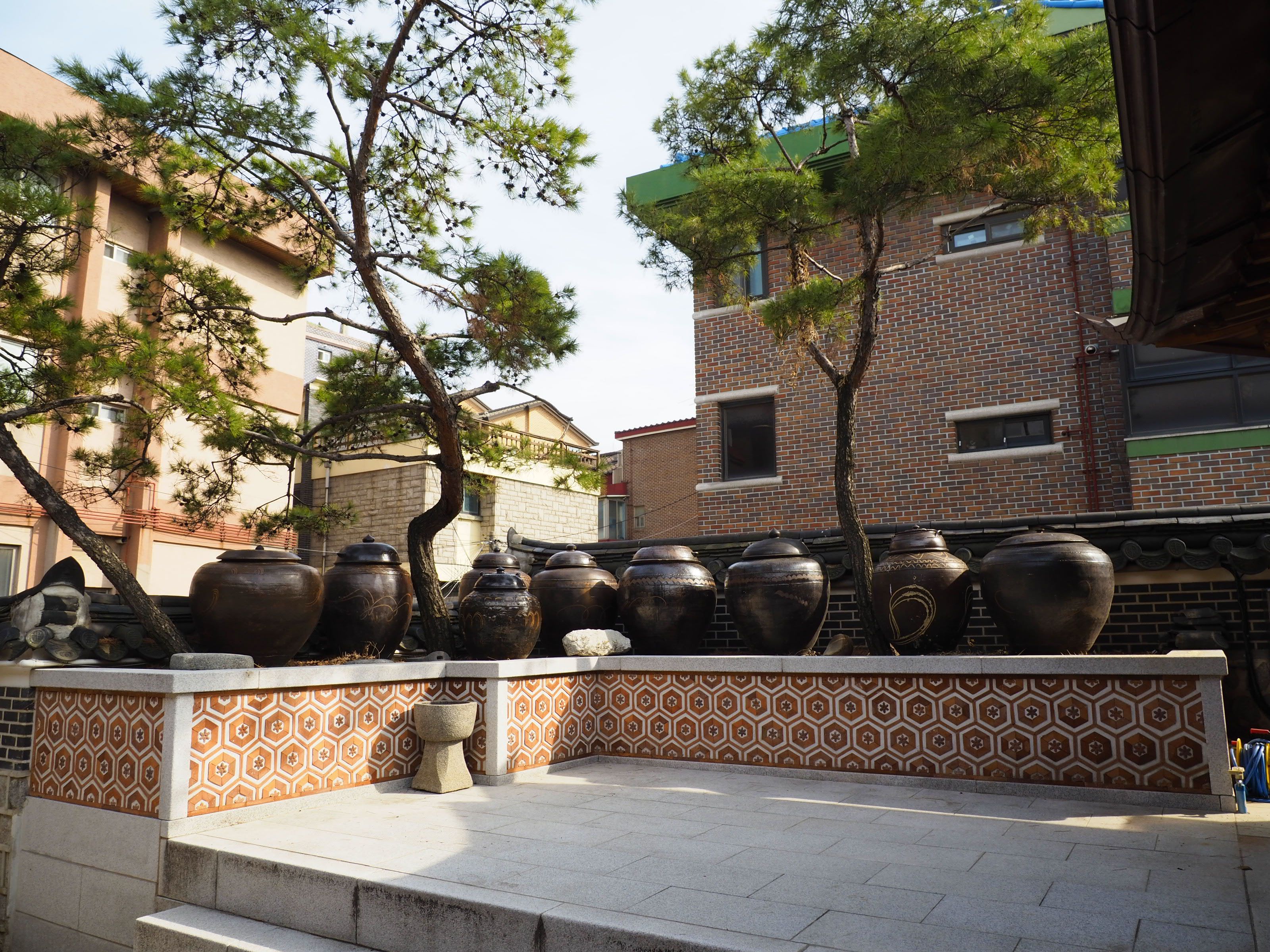 One lady welcomed me. It was free to look around. I liked it, free lol.
She explained us on the museum so sincerely.

Then let's look around the inside of the museum.

There was a miniature of Gwanwhamun gate, the main entrance of Gyeongbokgugung. There were the models of conjunction structure between wooden parts, in the corner. 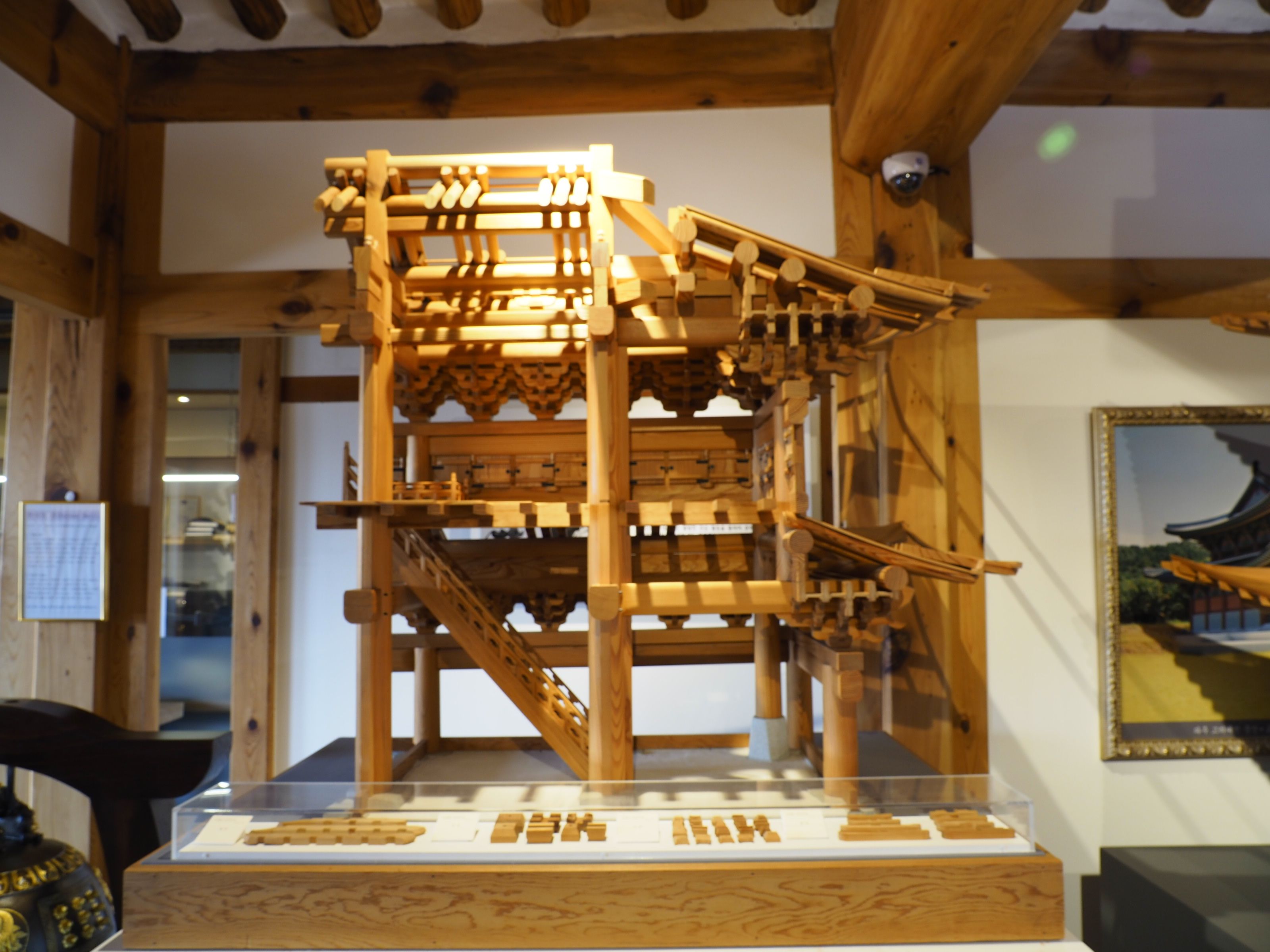 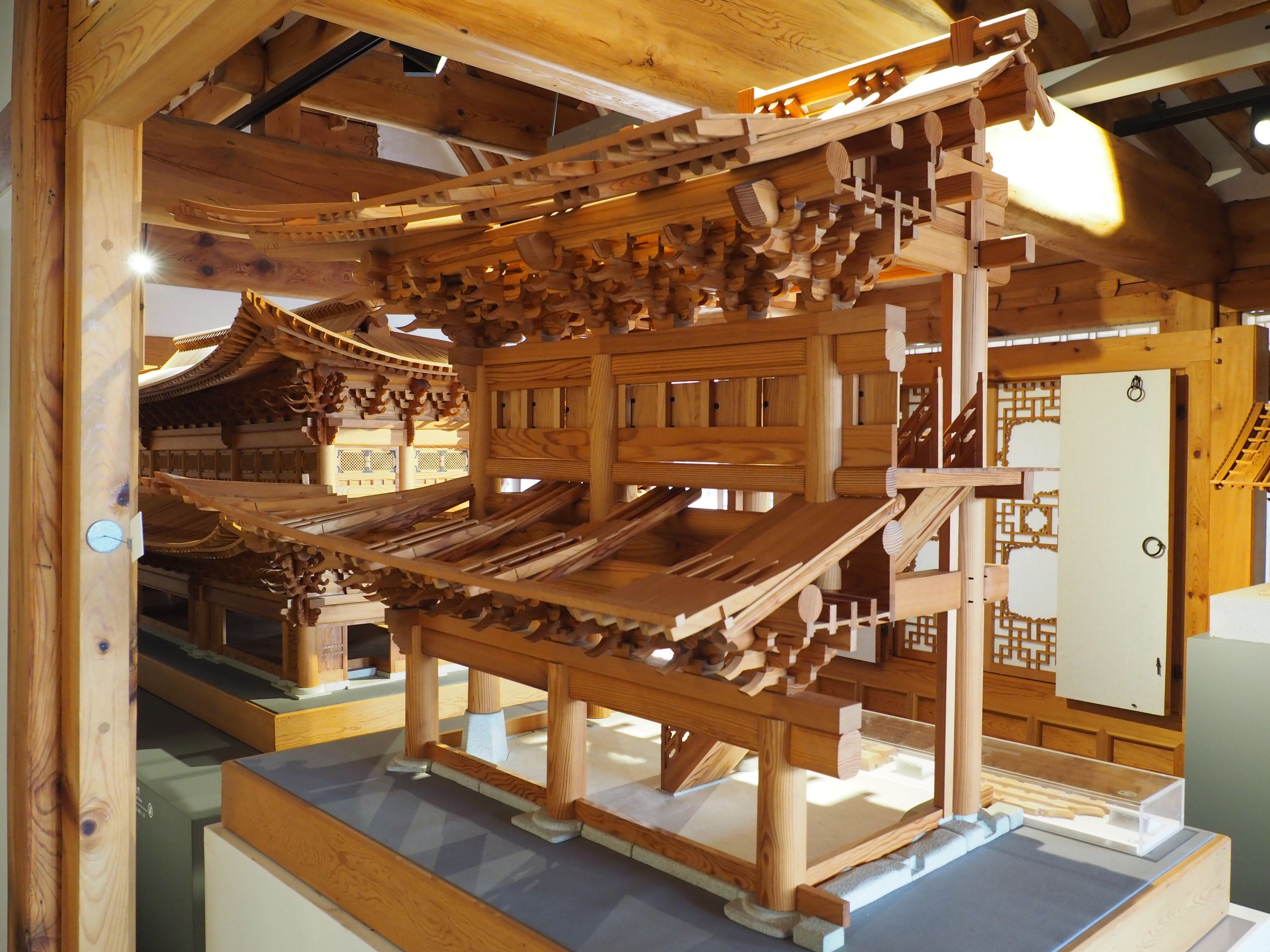 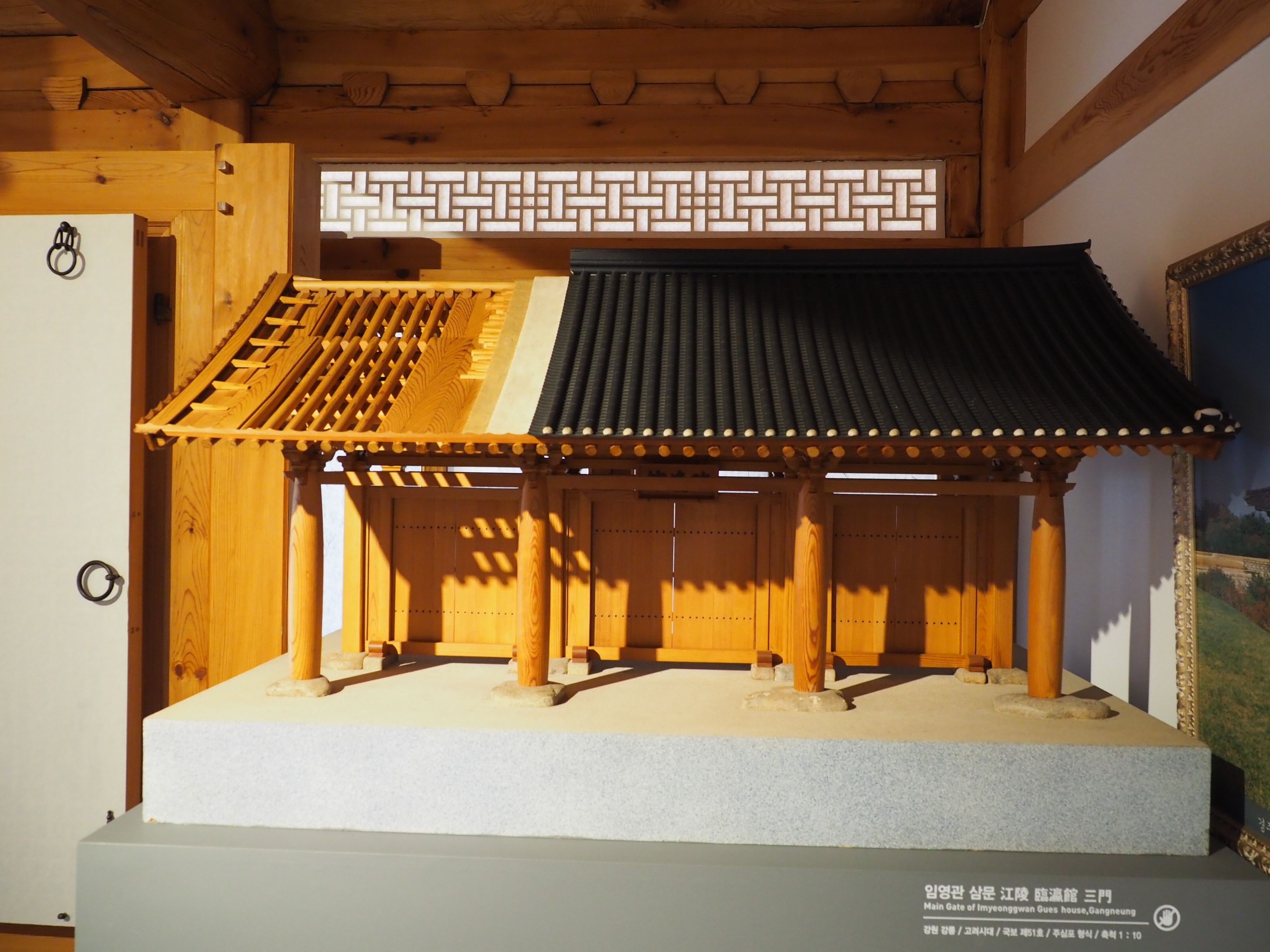 This decoration part have been to be said the most unique style of Korean traditional architecture in Eastern Asia.

When you look at carefully the lotus flower blowing step by step. 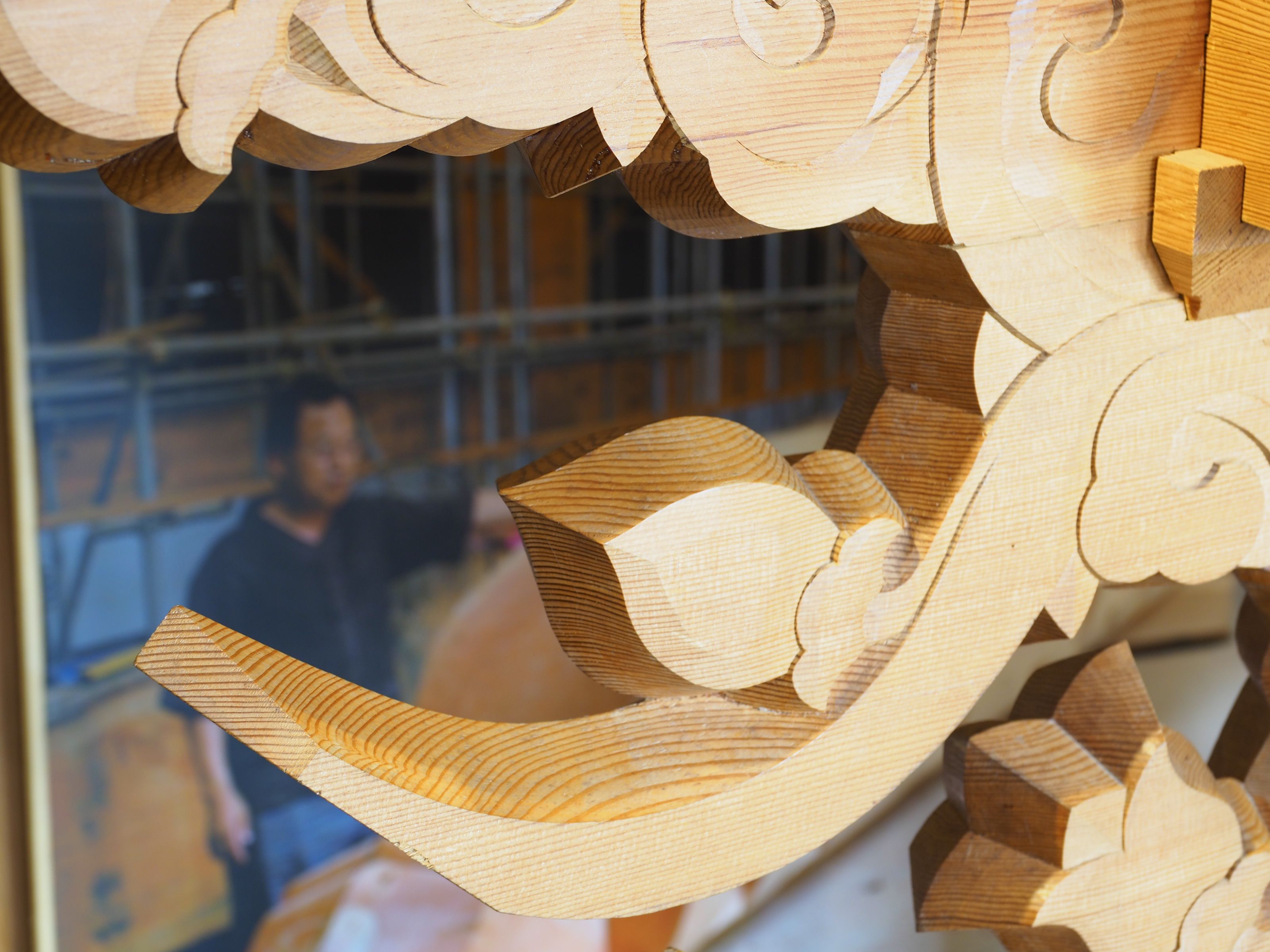 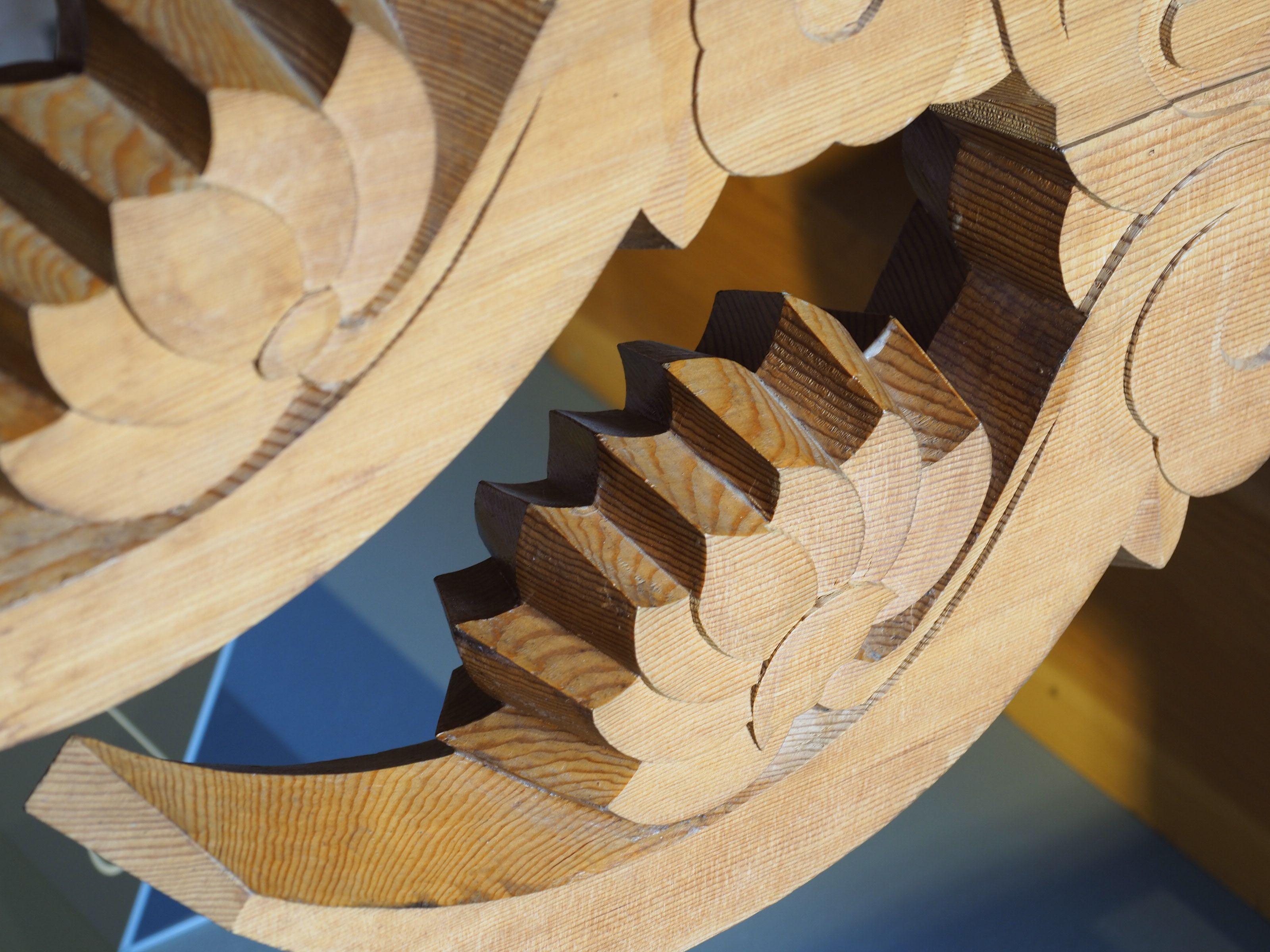 It means that the faith have to grow step by step.

Besides of the miniature of the Gwangwhamun gate, there stood a bell.
The guiding lady explained it a choson traditional style Buddhist bell. It was first time for me to hear that there were differences in Bell's style according to the ages. 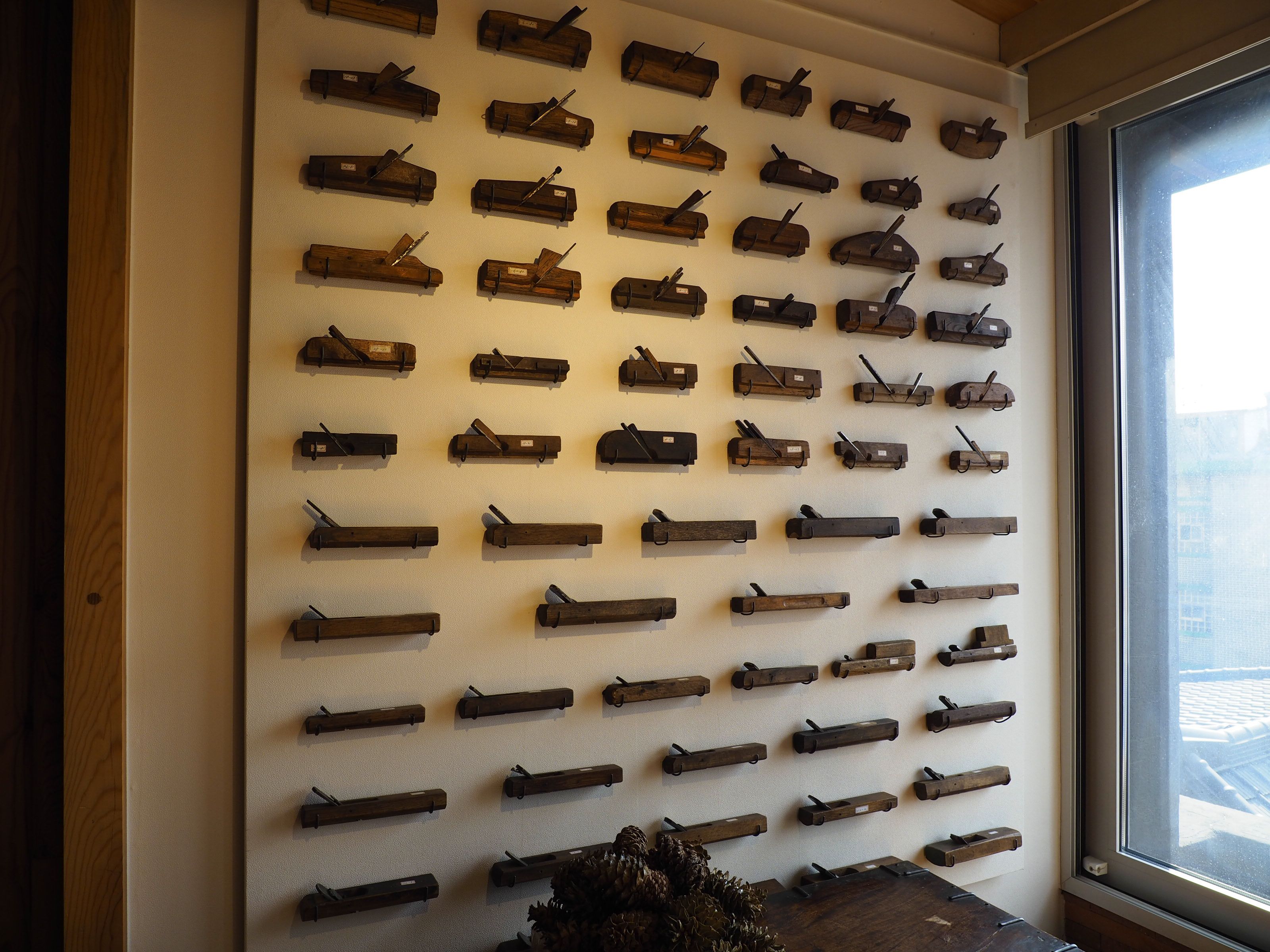 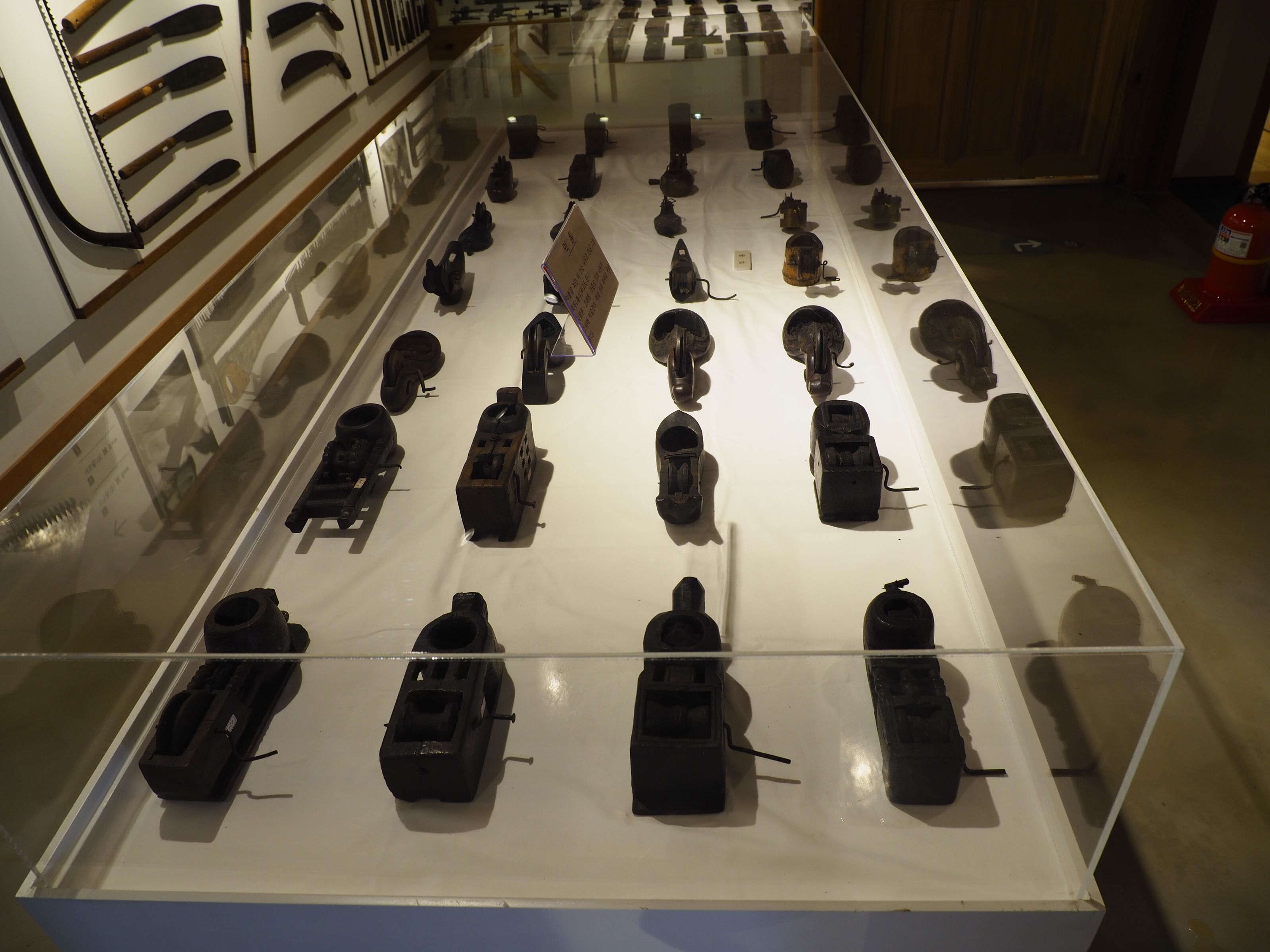 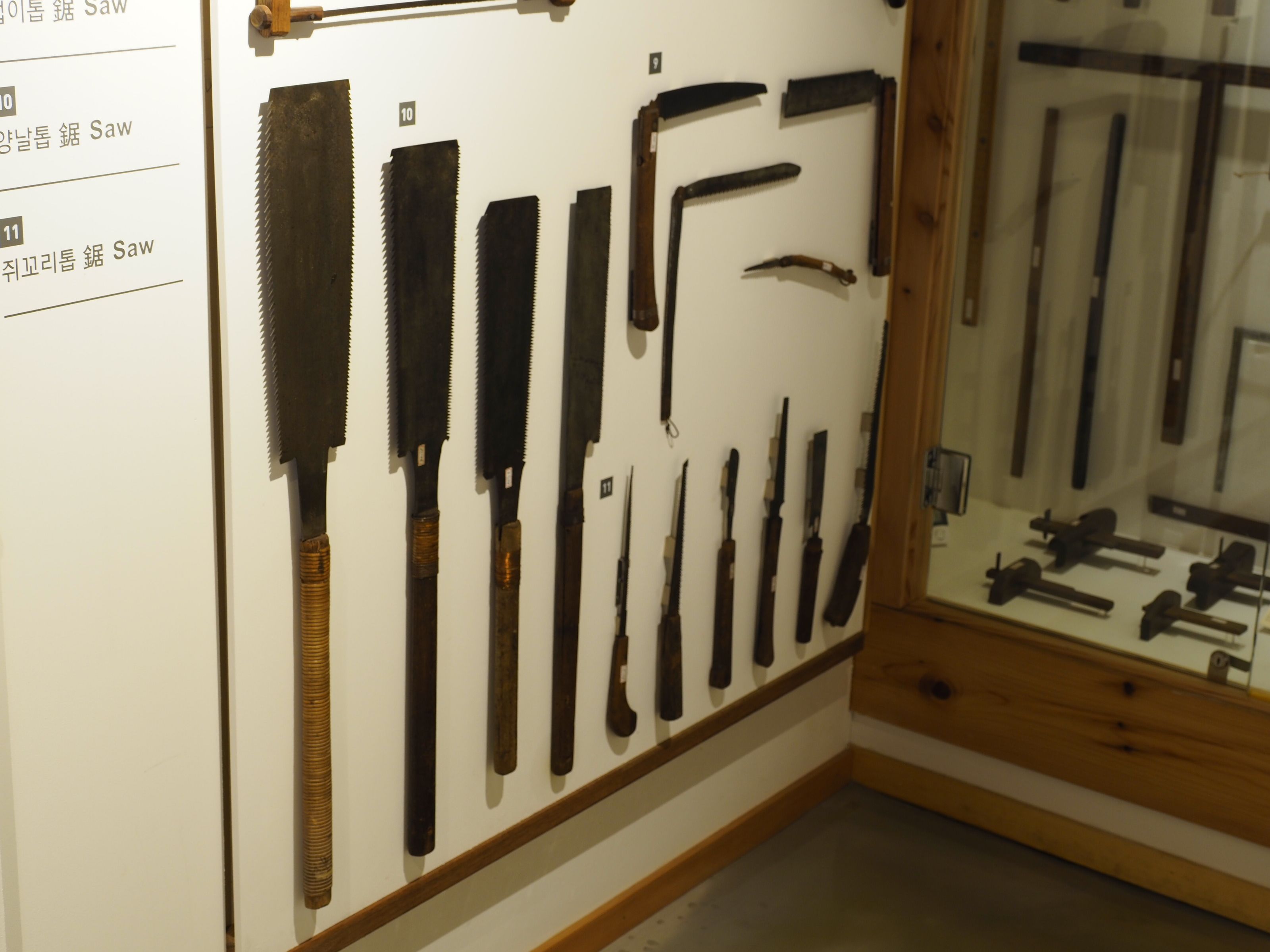 If you visit this small museum, the guiding lady will greet you with heart.

That Buddhist bell is really something! Very nice, I must say!

wow, I just heard the name of Park Daesung, glad to see the face of great artists, what carvings that exist in this museums, some of the work of Park Daesung or all of them. many thanks for sharing my friend

Beautiful photos and an interesting story!

WOW !!! what a great museum it is ! I really really impressed to see the antique craftsmanship of the woodwork. A museum is not only a combination of antique things but also present the historical culture of the country. This museum proved that Korea has gone to the summit of development but didn't forget his previous history and antique culture. I appreciate your job and honor the Korean civilization. There is no doubt that the museum is well organized but I think your presentation makes the museum very pretty. Thanks again

oh wow I am really impressed with the craftsmanship of the woodwork.It is a pity we don't use more of the same styles/technique today.

Plus I generally like your cultural posts about Korean sites. You continue like this you will have the first steem guide to Korean culture soon. Pretty cool.

Oh before I forget, thank you for your past upvotes. I used them to plant more trees in Peru. I post about it and gave you a shout out in my last video "upvote a tree".

I enjoyed scrolling down and seeing each new part of your adventure...almost like I went on the walk with you!I just liked this korean unique style of traditional architecture. Keep up the great work! Beautiful photos!

wow amazing, @slowwalker paintings and idle museums, with the carvings of what's in this museum, some of the work of Park Daesung can make the atmosphere of this museum perfect in all corners of space. many thanks for sharing wonderful post. from me @alfan13

Helloo @slowwalker
Me, @menulissejarah (writing history)
I see articles and photos on your post, have a historical, education, and cultural value of an area. This post is certainly very interesting to add insight in the field of history.
If you do not mind, I will resteem this post in my account. Thanks.
Date:April, 1, 2018

WOW Traditional Korean Building Museum just awesome. I really appreciate about their traditional collection. There are lot of traditional things you've captured perfectly. I loved it's every single things.
Their wooden arts was amazing too, those just blow my mind , my reaction was WOW while i was checking them in your article.
Thanks for sharing your another great journeys experience.
Keep walking like that, waiting to see more amazing clicks and posts from you.
Bless up @slowwalker

a really cool trip and amazing photography, I hope you have a great day.
I will resisten.

Thanks for your valuable post sharing.... i like this photography, and also i appreciate this traveling....all the best dear...I love korean traditional architecture.@upvoted and resteemed.

It amazes me that it was all done before the technology we have today. These kind of architecture and creations make me think we used to be way more creative. Beautiful things are still being created, but still. It's hard to get your breath taken nowadays.

sir,,,,@slowwalker
thanks for sharing your kind information of history and present the architecture,,,

WOW. It's beautiful. I hope someday I will come to Korea

Hiii My friend @slowwalker, All the shots you taken of *Traditional Korean Building Museum in Seoul are much attractive and lovely look. I appreciate to Mr Sin Eungsoo who spent his whole life to built such a lovely building, great artist he is. I also appreciate and support your efforts for providing an opportunity to see your wonderful stuff. Keep it up. take care.

I will probably never see this museum "live", so thanks for the guided tour.

very interesting, in a small museum there are some paintings and objects that are very special, I like one of the objects that are there. really like the color and shape of the bell @slowwalker. great trips and amazing photography I love to see it, have a nice day.
thank you for sharing

the museum is a beautiful building with wood painted and becomes an interesting museum.

everything is so technical

The traditional way of builders is to design and build through their mind. One of the reasons is to protect their own "idea".

Such a very nice place to visit! Thank you for sharing this my friend :)

a very famous building in korea, and become history, to be remembered all the time, successfully create @slowwalker

a nice building, a characteristic of an area clearly visible from the building @slowwalker

Once you commented that the culture of India and Korea have much similarities. Yes, I have recall that our great king Asoka the great had sent many people to east Asian countries for the preaching of Buddhism. From the gaint bell of your post, I think you people are mostly Bhudhist in religion. Thanks for sharing such a beautiful post with beautiful pictures of your beautiful cultures.

Sin Eungsoo. Very creative person honor him and praise. The Museum is very interesting. Thank you for the photos and story. Loved it.

Do you believe that such a large size of palace main building was maid by one man’s feeling and design in mind without any papers.

I sometimes feel the more the technology grows, the more it makes people dependent on itself !!
We loose our thinking capability when we google everything !!!

Don't you think so ?

And these wooden carvings and structures are amazing !! Such talent should be saluted !!

I like your post and travel :)
It feels eager to go there, I do not know when I can go there.

The reason for not using nails is because they'll eventually rust and lost strength over time? If so, that makes sense.

I felt like i was there! Such amazing architecture! The reverence really came through! Faith is an important thing to embrace as we walk through the duality!

The minitiature of Gwanwhamun gate is really impressive on real full scale it must be even more impressive. nice post.

@slowwaker, I want to see the museum directly, I hope you also have to go to Aceh to see Aceh tsunami museum,

The building is to commemorate the victims, whose names are inscribed on the walls of one of the museum's deepest spaces, and the survivors of the disaster.

In addition to its role as a memorial to the dead, the museum is also used as a refuge for such disasters in the future, including "refugee hills" for visitors if the tsunami occurs again

Old tools are the best, aren't they?

I think I saw the museum when I went to Insadong, but didnt go in.
Maybe I shld try next time as Im also interested in building a house by myself. One day, some day...

amazing photography... good your trip. you has moment