Rise - A Story of Madness

If  I were to start talking about this painting, and the time in which I created it, you'd think me mad. You wouldn't be entirely wrong. For about a month, I was completely mad.

Already for some time my focus had completely shifted to THE WORLD....
What we are leaving behind.

How can anyone say they love their children while living life the way they do?
I was the most judgmental person in the world.
I was living and breathing judgment, and it drove me crazy.

There was lots of talking, social media chitchat, lots of despair, virtual despair, sad words, woe me,  while actual forests were being burnt down in order to reduce land value so one or another corporation could come in and buy it cheap,  build factories, make money with cheap labor, push animals into the  corner, more and more, always more, never enough. People using products of such companies while being really really sad about the state of  affairs in the world. I was part of it all. I was no different. What was I doing that was so great?! Nothing.

I was on social media, sharing my artworks, wasting time instead of doing something real. Something concrete. I needed to do more.
So I started a new painting.

The whole thing took almost a month, during which my health deteriorated  rapidly. The despair was eating me up, I felt like I was dying, drying  up from the inside out, but that didn't matter. I cried every once in a  while, felt like screaming, at the world, at all the people, it is hard to describe everything that was going on. Once  I was sitting in front of the painting, with tears in my eyes, feeling lost, asking myself what the hell I was doing, what difference does it  make, when my son walked in. He looked at me, with sadness and understanding in his eyes, then he hugged me, without saying anything. I  hugged him, then I continued painting. 
When it was finished, I shared it online.

The feedback I received was... moderate.

Actually, it was less than nothing compared to the feedback I was used to receiving on almost any of my artworks.
I had given it everything, it felt so important, and then... nothing.

Maybe it was a bad time of day for making a post, maybe the stars weren't aligned right, maybe it was the damn algorithms, or maybe... just maybe my painting was shit.

It had to be that last option.
Splendid.
A virtual slap in the face.

That's what I get for thinking I was doing something meaningful.
I was obviously wasting my time.

And yet, each time in my life when that thought crossed my mind...
Why am I painting?
There are so many artists out there...
They got it covered.
There are billions of people... there are millions of artists...
Who needs me and my contribution...

...absolutely  each time such thoughts crossed my mind, and that was more than once or  twice, I would get a letter or something else. Some sort of message,  from someone, somewhere in the world, telling me how much my paintings  mean for them, or what a particular painting did for them, or someone  would appear, completely infatuated with my artworks, exactly in such a  moment, wanting to buy a painting....

Aha! It's a test.
Anyone can be the best version of themselves when things are easy and nice. It is the hard times when our true character is shown. Our very nature. I will not lose my composure, nor my mind, nor my resolve, my spirit. Never the spirit, no matter what. You lose your spirit, you become a zombie. You are dead before it's your time to die.
Never lose your spirit.

I was holding my breath, wondering just how much longer I can survive without air.

And then, something miraculous happened..., but that's a story for another time.

"Rise!" was meant to be "a trilogy" from the start.

The here presented painting, Rise I, was painted on a Cintiq, so it is a digital, hand-painted artwork. I don't use filters or other handy digital tools, and especially not photos (except possibly as a reference, as with a painting of any medium).
Just a stylus.

The next piece followed almost a year later. Rise II was a drawing (graphite on paper).

Rise III hasn't been painted yet,  but when I paint it, it will be done in acrylics or oil. It's easy to become too emotional and when you get sucked by this overwhelmimg feeling it is hard to get away.
I have been through those dilemmas and wanderings, the realisation that egocentrism is almost drowning us, money, material goods, good looks, vanity... And for all that we forget how to live, how to respect, how to build a world of caring. I can sympathize with the frustration and the painting speaks all your worries very eloquently. (I just need to come back and see it again when I 'll be on my computer, phone screens don't help appreciate the details in people's work)

Our focus determines our reality....That works on a large scale, but also individually. Individual focus, if grouped together, can become large scale focus.

But, is creating a painting filled with misery or pain, and everything that is associated with it, what I want as my focus, my children's, or anyone's for that matter?
Was that very much different from the other kinds of "madness" I described above?
Was anything about it revolutionary?
Perhaps the idea f the 3 stages, as this is only stage 1. My Furies trilogy is also something of that sort.
The focus therefore then shifts to the development...

Breathtaking writing. It moves very deeply and inspires very highly.
Thank you for this exceptional moment of reading and getting a good portion of musings to think about and digest.
This painting is one of yours that I love very much and each encounter evokes again many, many deep emotions.

Seeing the canvas giclée of this painting hang on a wall, someone expressed an interest in it. I made some comment regarding the subject matter of the painting, and I saw a completely confused look on their face, as this painting meant something entirely different to them.

Don't ask me why I said anything at all...that's probably why galleries should sell art, and not artists.

(This little story was brought to you by an amazing train of thought! We'll skip the details this time.)

It can make us feel helpless when we think to much about the greater world and not the smaller one that surrounds us. Beautiful piece, reminds me of my own insanity.

Yes. And there are always plenty of things to do right where we at.
This was a bit more than 4 years ago, a lot has happened since then!
Thank you @twirble!

It's good sometimes to revel in a state of certain artistic madness, it gave us this lovely painting, that's for sure. :)

Hmmm.. that makes me wonder, what exactly is the difference between artistic madness and just madness? :)

I shared the link to this article on another social media and someone added the following comment:
Madness is when you are angry and you don't know why.

I understand what you're talking about and from time to time I find myself at the same point. But then the every day life pulls me back to normal (?) and I think, there's nothing I can really change. And few hundred years later we crash into the sun and everything will be fine. Until then, I'll buy my organic food, avoid plastic bags and try to give my family as much love as I can.
I can feel your painting and it makes me sad.

But then the every day life pulls me back to normal (?) and I think, there's nothing I can really change. ...
Until then, I'll buy my organic food, avoid plastic bags and try to give my family as much love as I can.

Yes...
Being pulled back can be a beautiful thing, a life-saver... or it can be restrictive, but I have the feeling it's more a thing of beauty in your case.

(I was actually writing a lengthier reply to you, when I had a personal epiphany.
Thank you for that, and for your comment!)

your strength is within you!

This is a great journey of a painting. I’m glad you described what’s going through your mind when you created it. I’ve also shared parts of that journey when I draw, maybe all artists share similar feelings, the despair, the lack of connection, and the feeling of uselessness of our art.

Very thoughtful, thank you for sharing.

wow I love that picture and the story you have told. thank you for sharing your awesome talent with us.

I am running an experiment here on steemit with the aim of improving retention and the steemit experience and after looking at your account I think it is something you might enjoy. come on over and join in on the discussion
https://steemit.com/steemit/@paulag/let-s-grow-steemit-together-direct-engagement-experiment-week-1

Thank you for the invitation, I'll have a look! 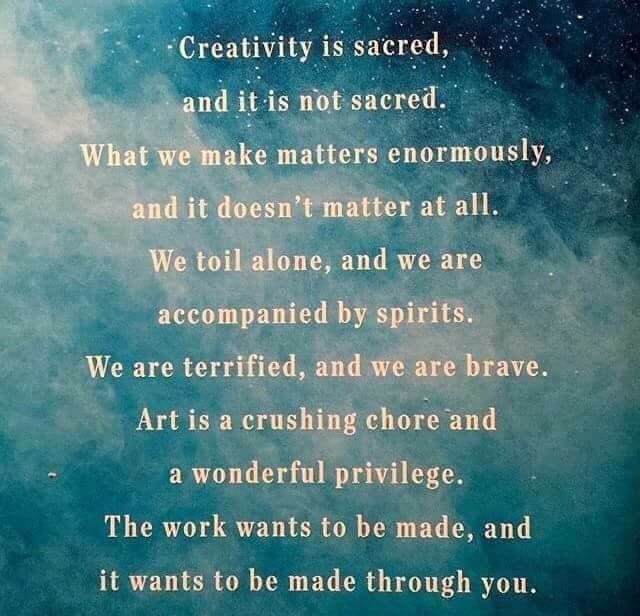 Some of our greatest art is of suffering and tragedy. The painting is stark and terrifying. At first the landmines were not landmines but some form of archaic lifeforms some sort of virus unleashed. The theme of biological warfare has screamed at me several times today.

Yes, there is plenty of room for further associating.
Thank you for your feedback @jazzresin!

A desperate cry !, please don't stop painting; your work is amazing!..Tanks for sharing...

:) Thank you very much @tracer-paulo!

Your story is very exciting! It's even frightening at times!

I feel you sister. I would love to speak with you in relation to the things you have spoken of.

there are things that impress me so much in this story. this artwork is also fascinating. I know I can never do such a thing. I appreciate you.
I enjoyed watching beautiful artifacts.

Wow love the writing! Really inspiring and very emotional! Something to think about!

I am so amazed with your beautiful artworks @anibas. They are all in detailed painting! It was really great. Keep it up.

Nice story line.... It really show how creative you are... I love your painting work... Beautiful painting. Keep it [email protected] Hoping to see more of your awesome work