The Building of the Horse #3

So continues the tale of the building of the horse. This week I ended up doing repair work for 3 days, but I did manage to make some good progress on my horse frame. The weather is starting to heat up, which will be nice considering the horse project kind of needs to go outside to go much further. 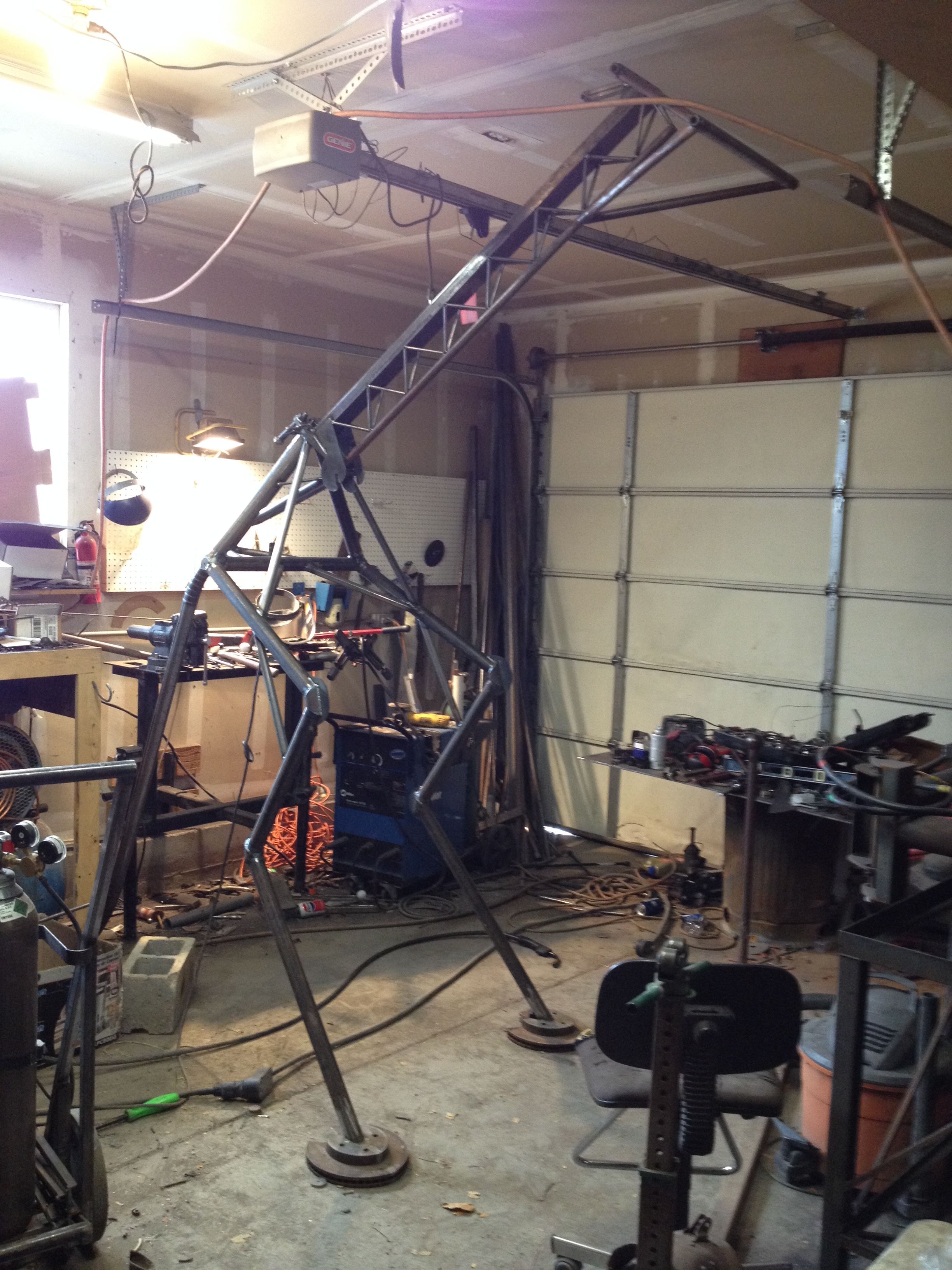 I added some support braces to triangulate the frame, which stiffened it up immensely. I went ahead and bit the bullet on filling out the leg joints. Hopefully I won't end up wanting to adjust the angle on the leg joints later on, but I feel pretty good about them. They did need to be welded solid before attempting to move the frame outdoors, so it had to be done one way or the other. 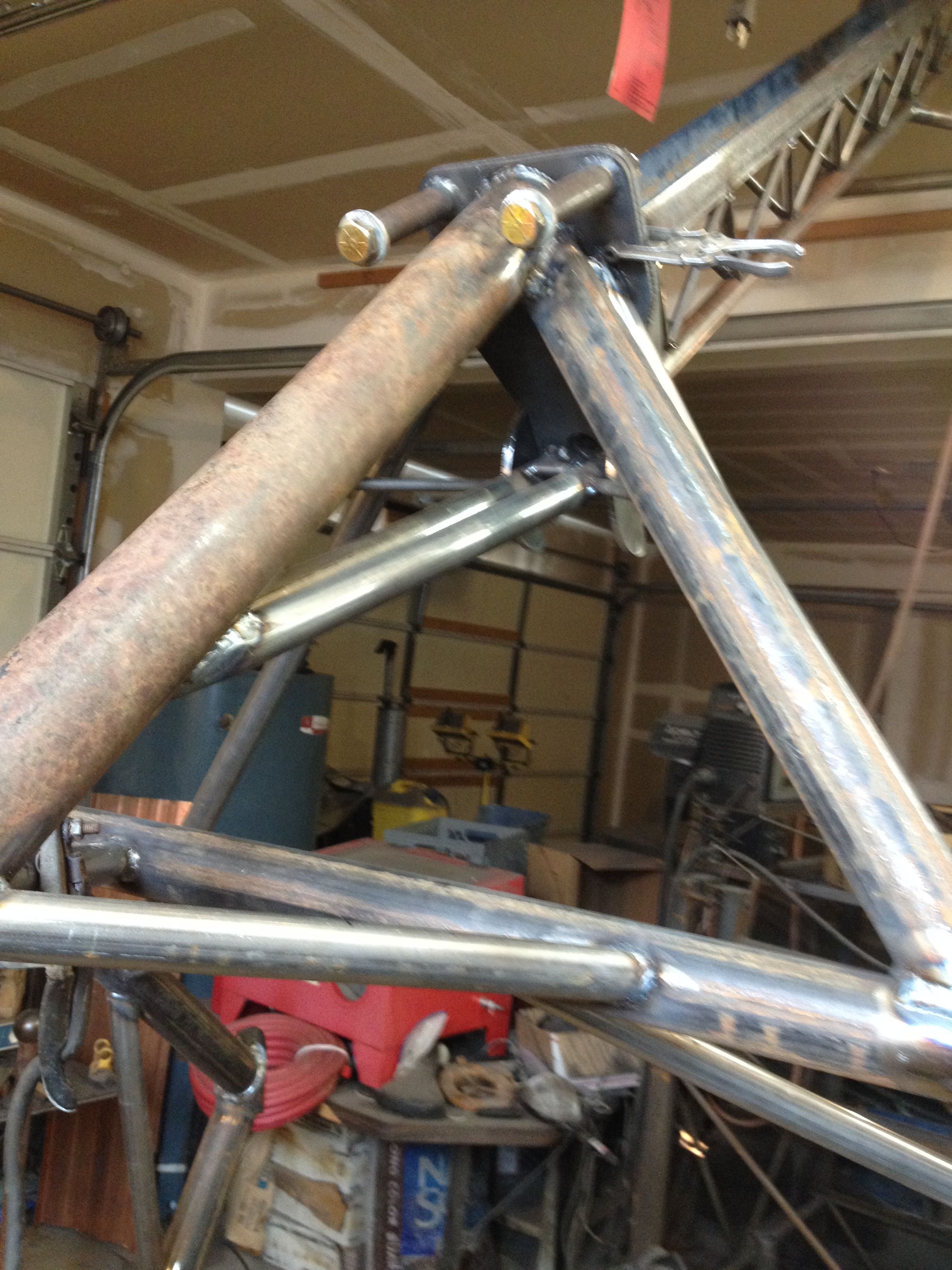 Here is a better look at some of the bracing I did. Once I had reinforced what I already had, it was time to start building what I call the kickstand. It is a piece of frame that will be more important for assembling the sculpture than supporting it once it is installed. The parts I am adding here form the bracket the kickstand bolts into. Note the plumbing snake wired to the tail. This is to give me a good idea where the horse's butt will end, so that I do not end up with framework that does not fit inside the horse. 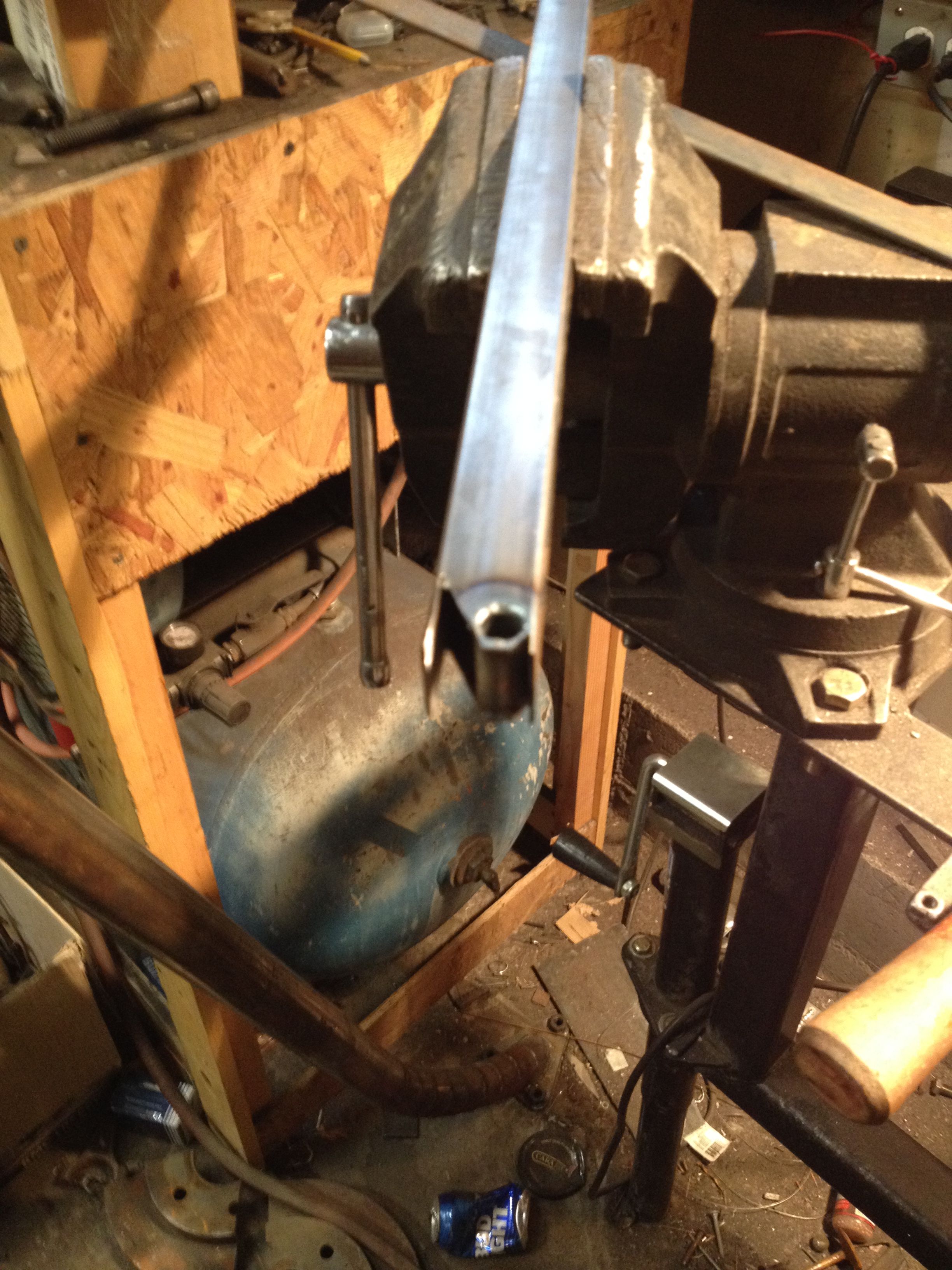 These joints are the hinges for the upper end of the kickstand. 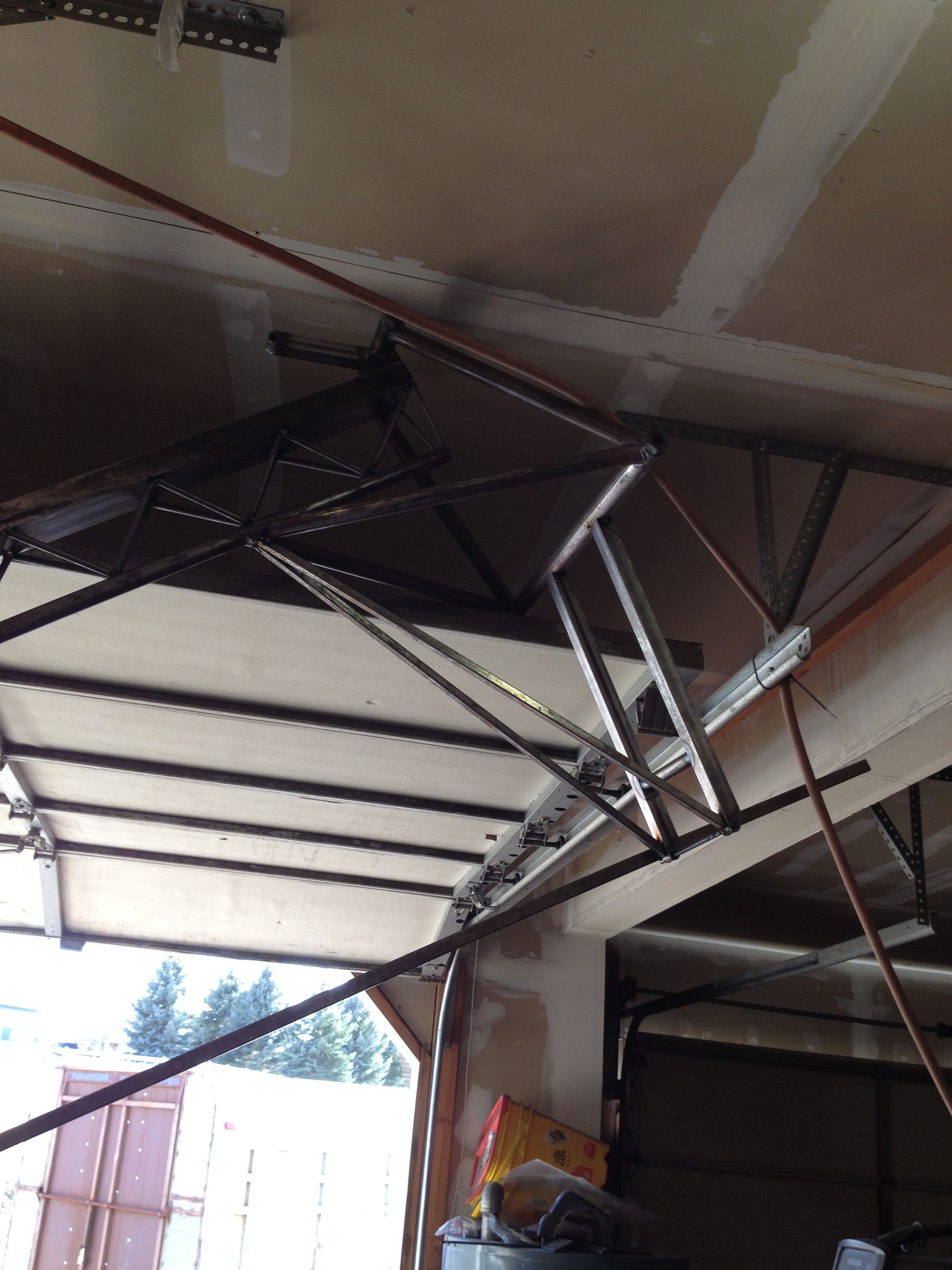 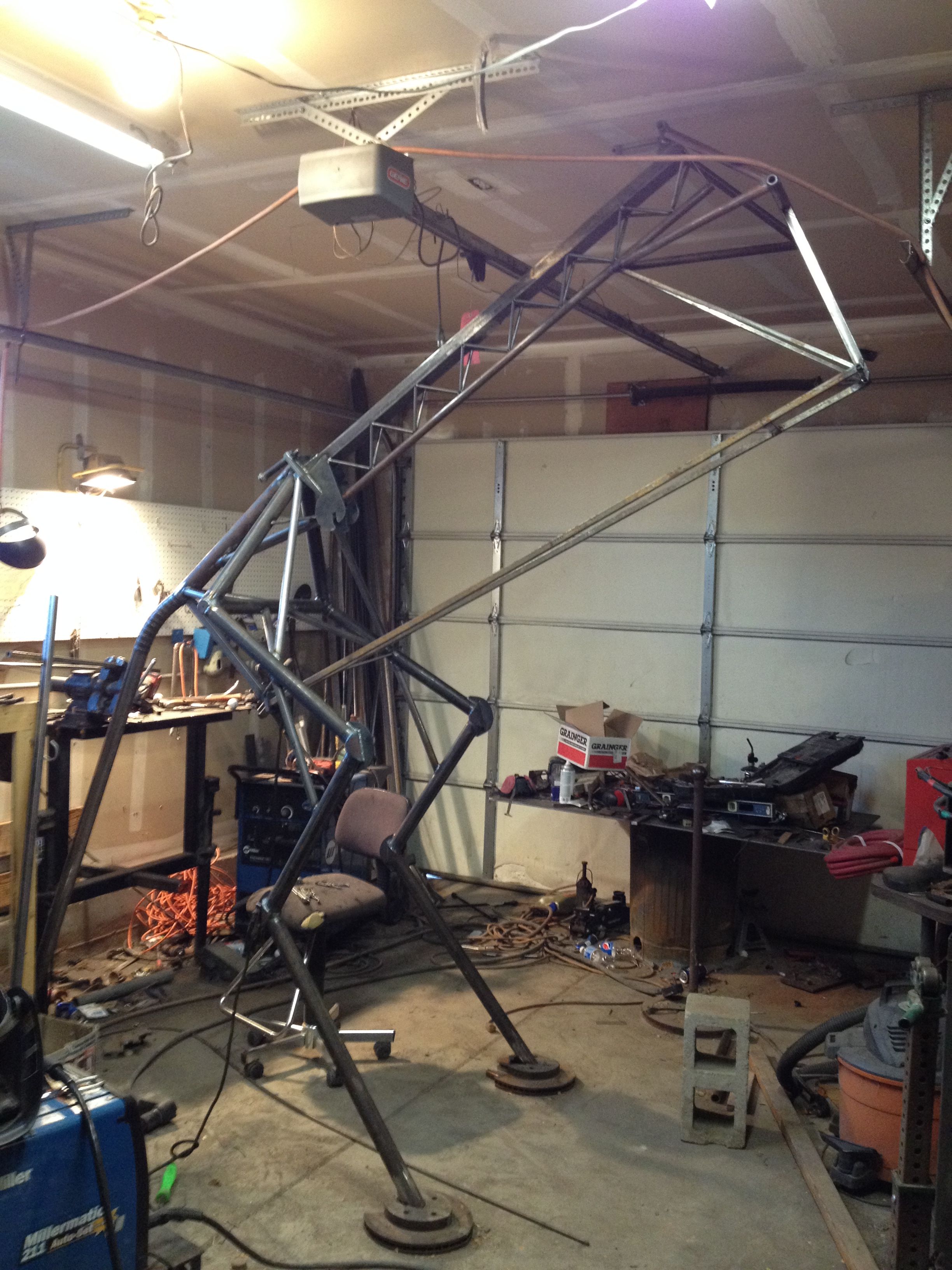 After I had the top hinge tacked into place, I had a length for the kickstand, and started building it. The kickstand hinges down to support the spine as it is lifted into position. Then I can install the spine bolts. Unfortunately there was not enough length inside the body to reach the ground, so I will need a small ramp or block to hold the spine all the way up. 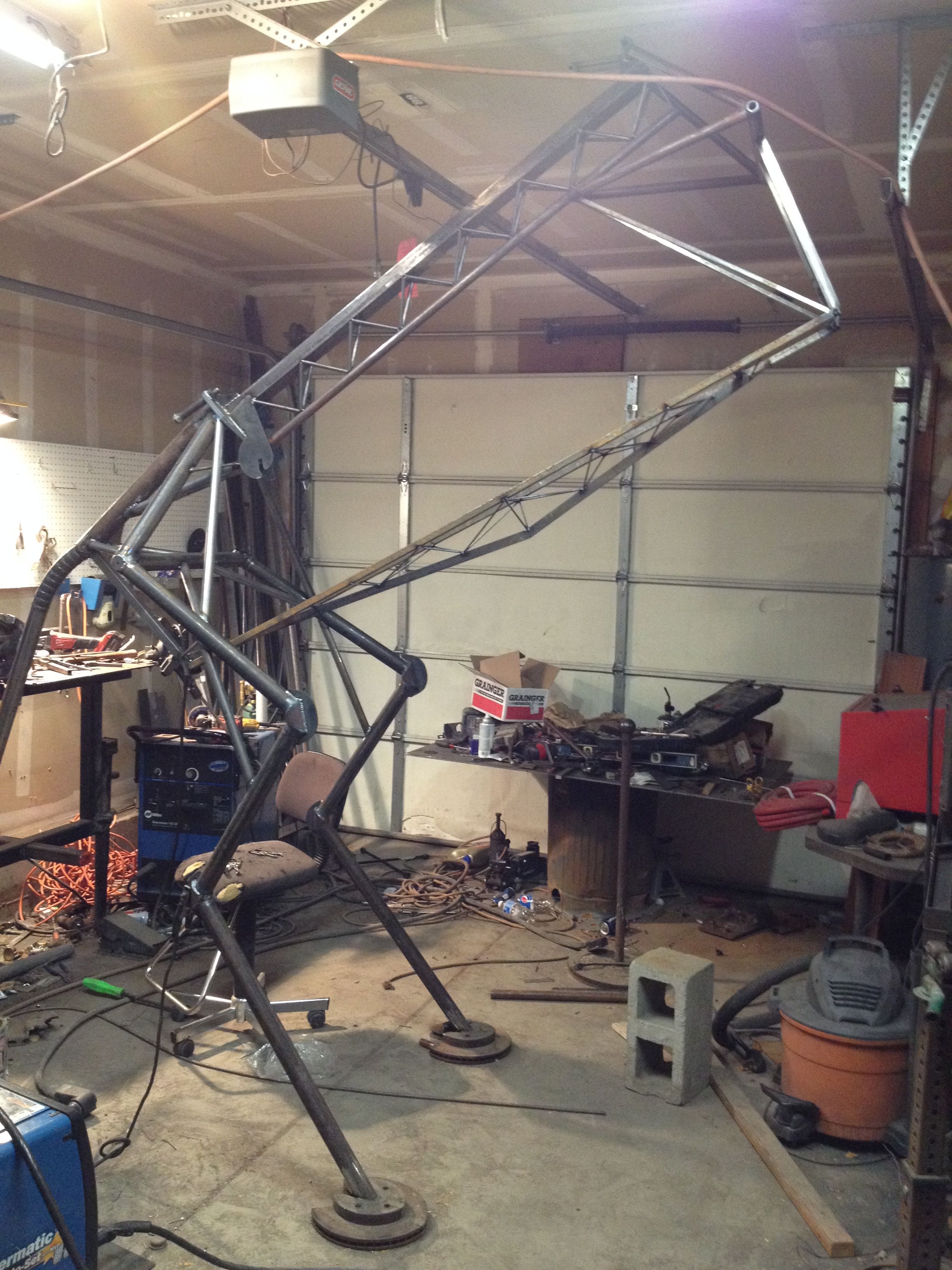 After the spine bolts are installed, the kickstand folds up and serves as a frame to the lower body of the horse. The flat strap along the bottom will make a nice surface to build the body panels against.

Thanks for reading! Check in next week for another update.

The angle of the back looks a bit scary to me. Hope you don't put too much weight on the front.