Five months ago I started a TMNT treasure box for my son @littleblue.

I am notorious at starting something with great intentions, and often due to the limits of my health I get half way through, shelve it for later, and weeks turn to months.

I started it with good intentions. 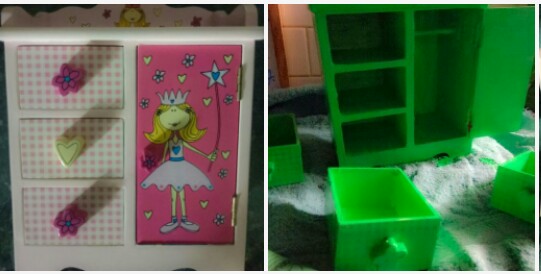 Picked up in the street, this pretty pink jewellery box was given a couple of layers of green paint five months ago. 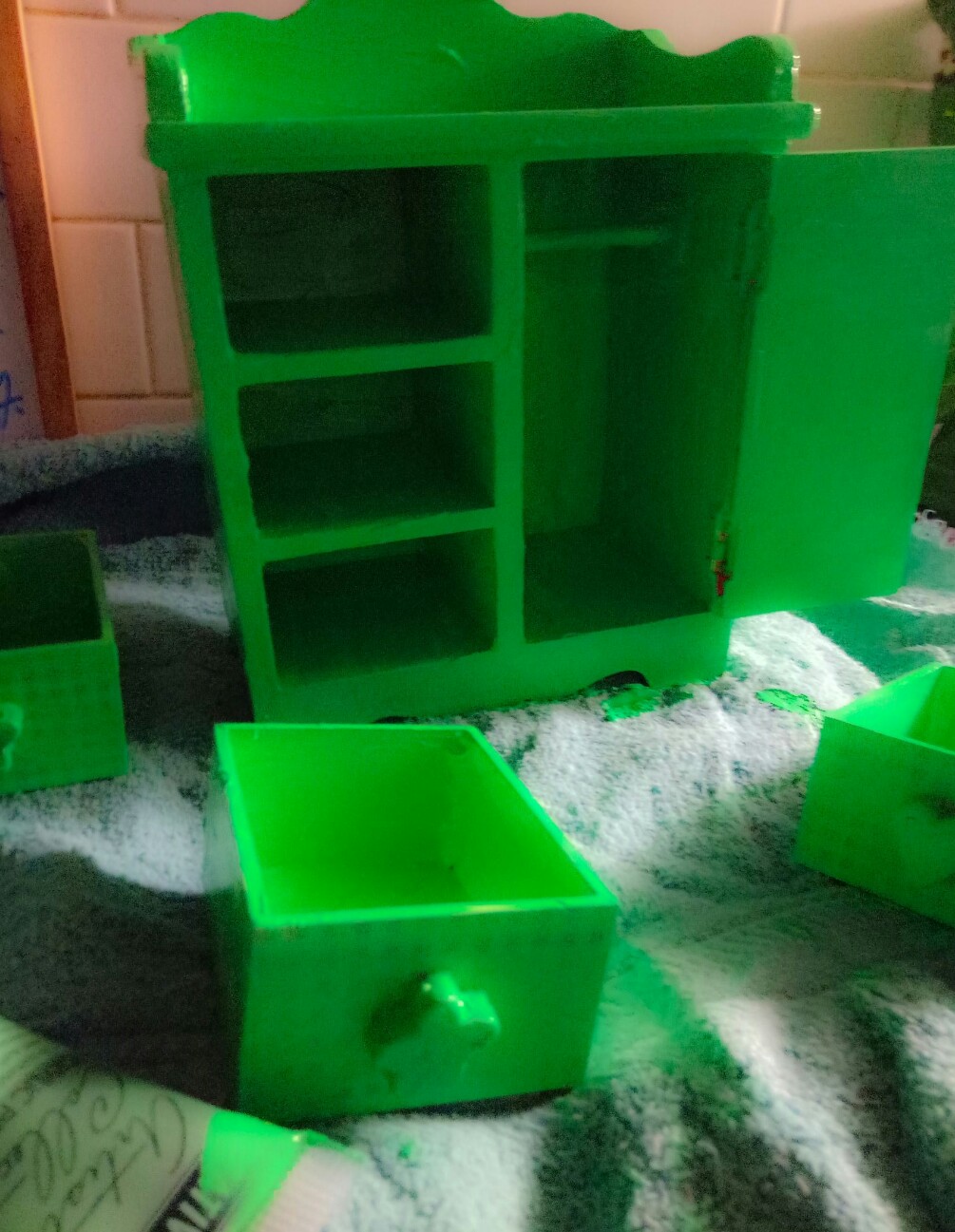 I was aiming for Christmas, but it didn't happen.

Today he took matters into his own hands and finished it himself.

He chose some pictures to colour, cut and paste. Rocking the turtle green beanie and pjs from granny aka @bluerinse.

He also used some little stickers on the handles. 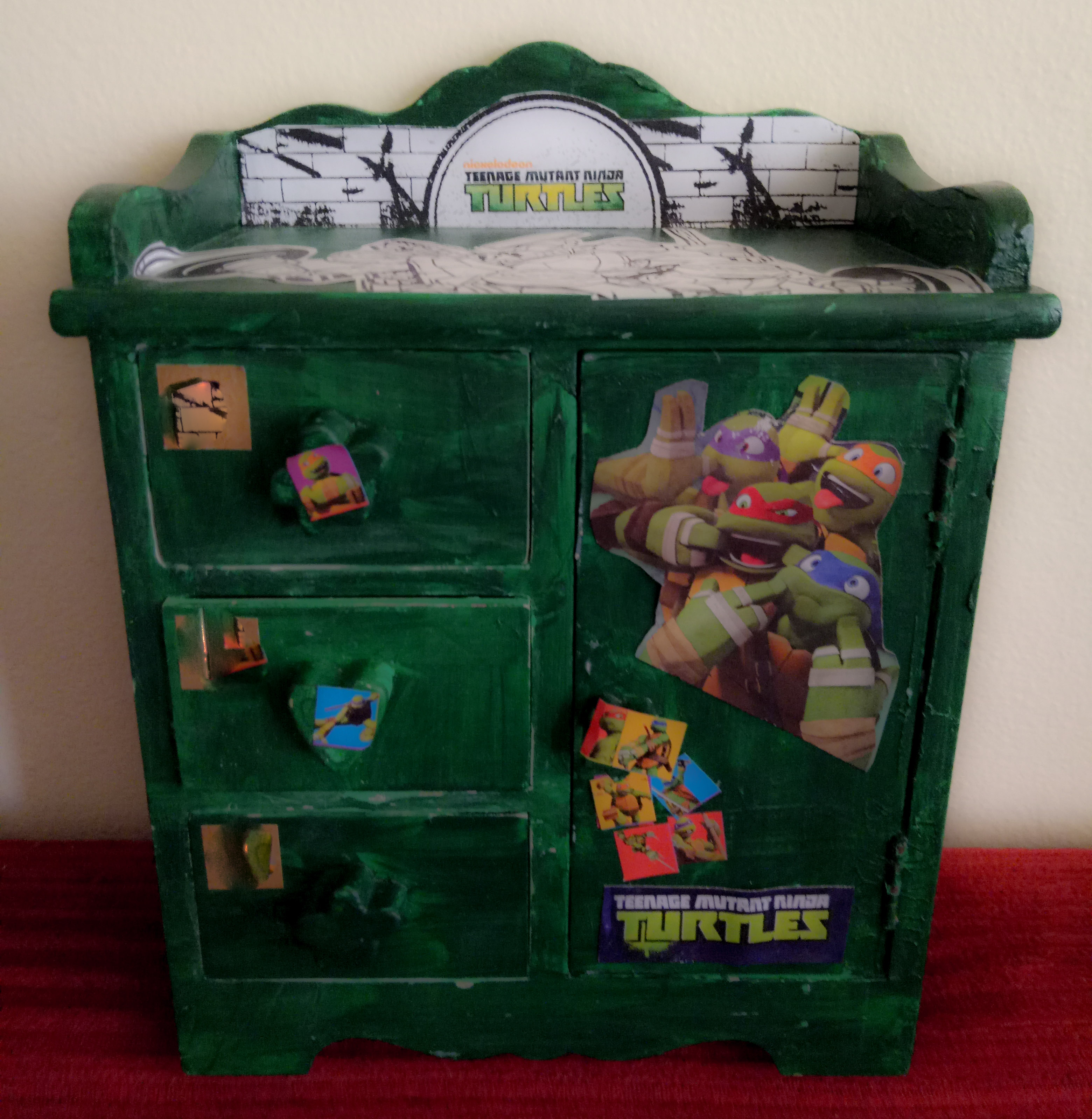 Featured all 4 brothers on the side And master splinter on the back. 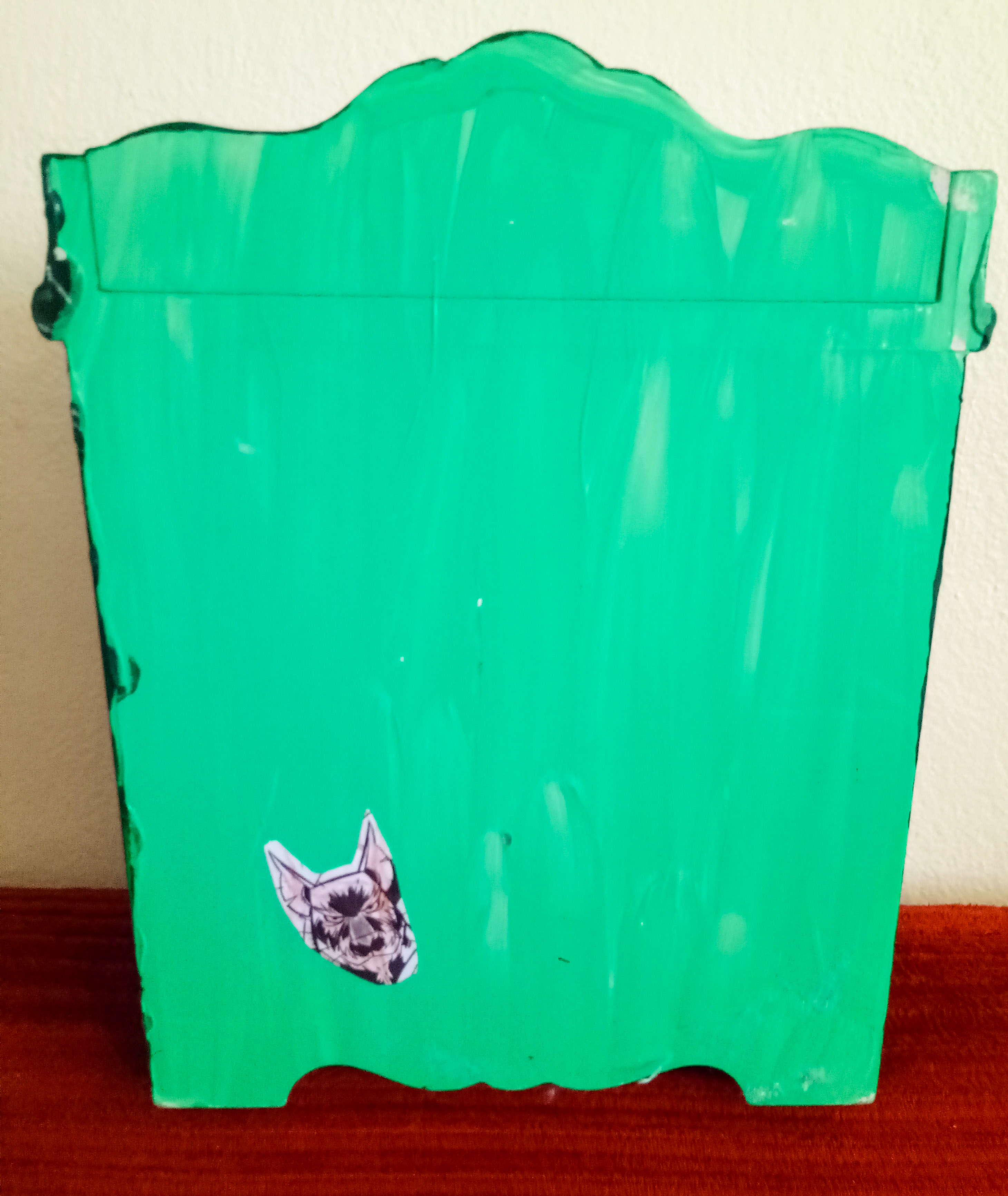 I think he did a really good job for a three year old... Correction, nearly 4 year old! He hasn't yet decided if he will colour the top picture or leave it black and white.

It already has his pained rocks, beads, rings and torch in it 😍💚🐢🐀 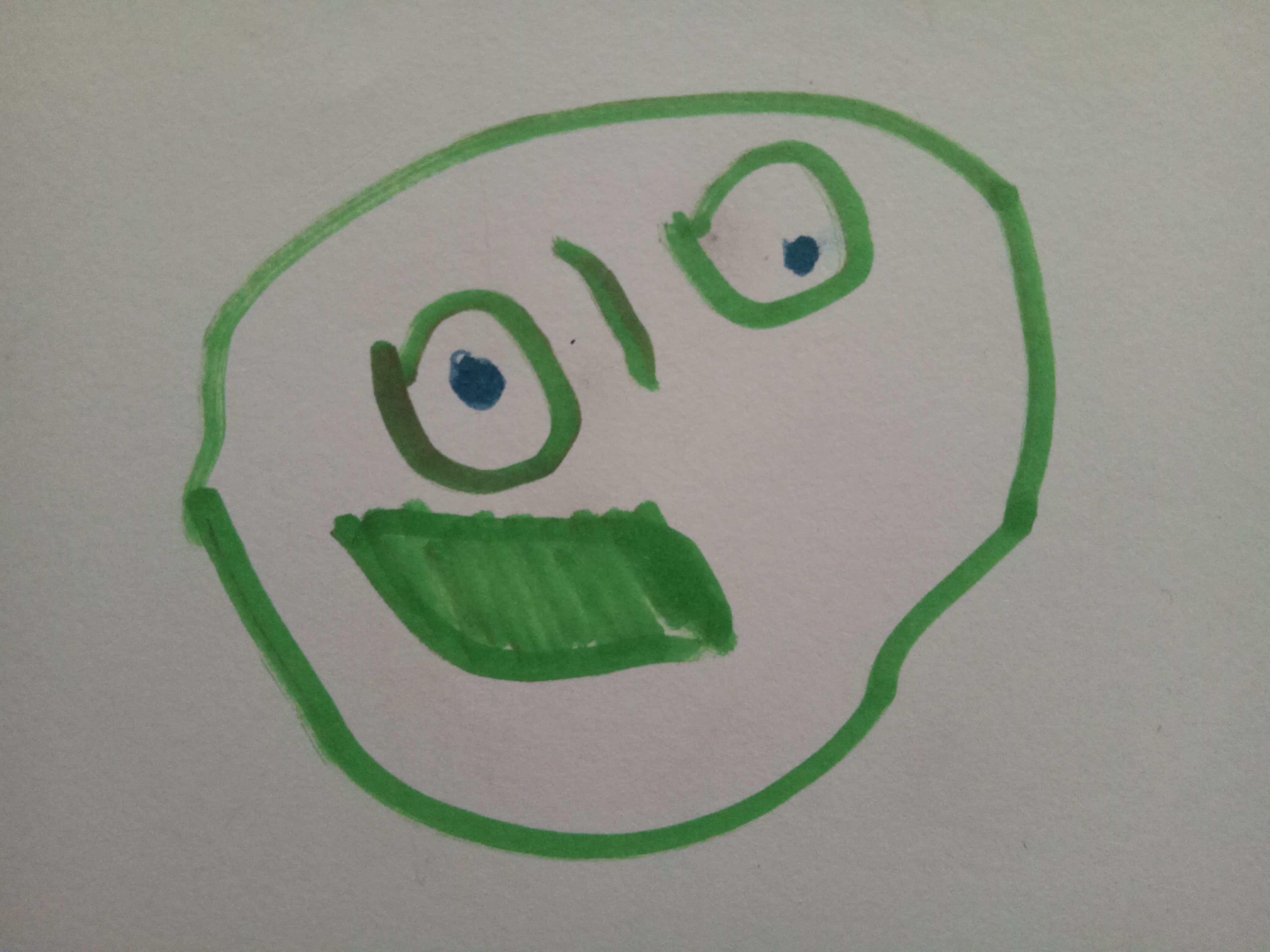 Oh wow that is Cowabunga Awsome! I want one lol. Your doing way better than i have on project stuff. Lots in my mind and really working on it. Gonna try and start a "1 thing a day" thing. Ive done it before when i was in business. And did "7 most important things a day". Amazing how fast 1 thing a day adds up. Im now inspired to do a lil project myself :]. Blah blah hope good day and such and hugs.

We had watermelon after your post the other day.
This was a 5 month project and was only completed because he did it himself while I was lying next to him on the couch. I was on cutting out duty (still not quite scissor competent), but the rest was all his.

Thats awsome. And he got to create :). Thats cool w the watermelon :). Your one of the super few that understands. Been rough last few days.

Yeah Love Splinter on the back. Tough call on b&w or color. I know when i was a kid that color would start calling my name tehe.

I would have overworked it for sure. It is interesting to sit back and resist interfering and see their little minds create. I try to let my kids do their own work, even if I show them how to draw something it's usually on a different piece of paper so they can copy the technique.
This is much more minimal than I would have done, I was inclined to put full profiles on the side, but the faces work well, and splinter on the back is cool. A true Ninja not seen.

Yup true ninja :D. I think thats really great he got to do it.