Art and My Current Mental State 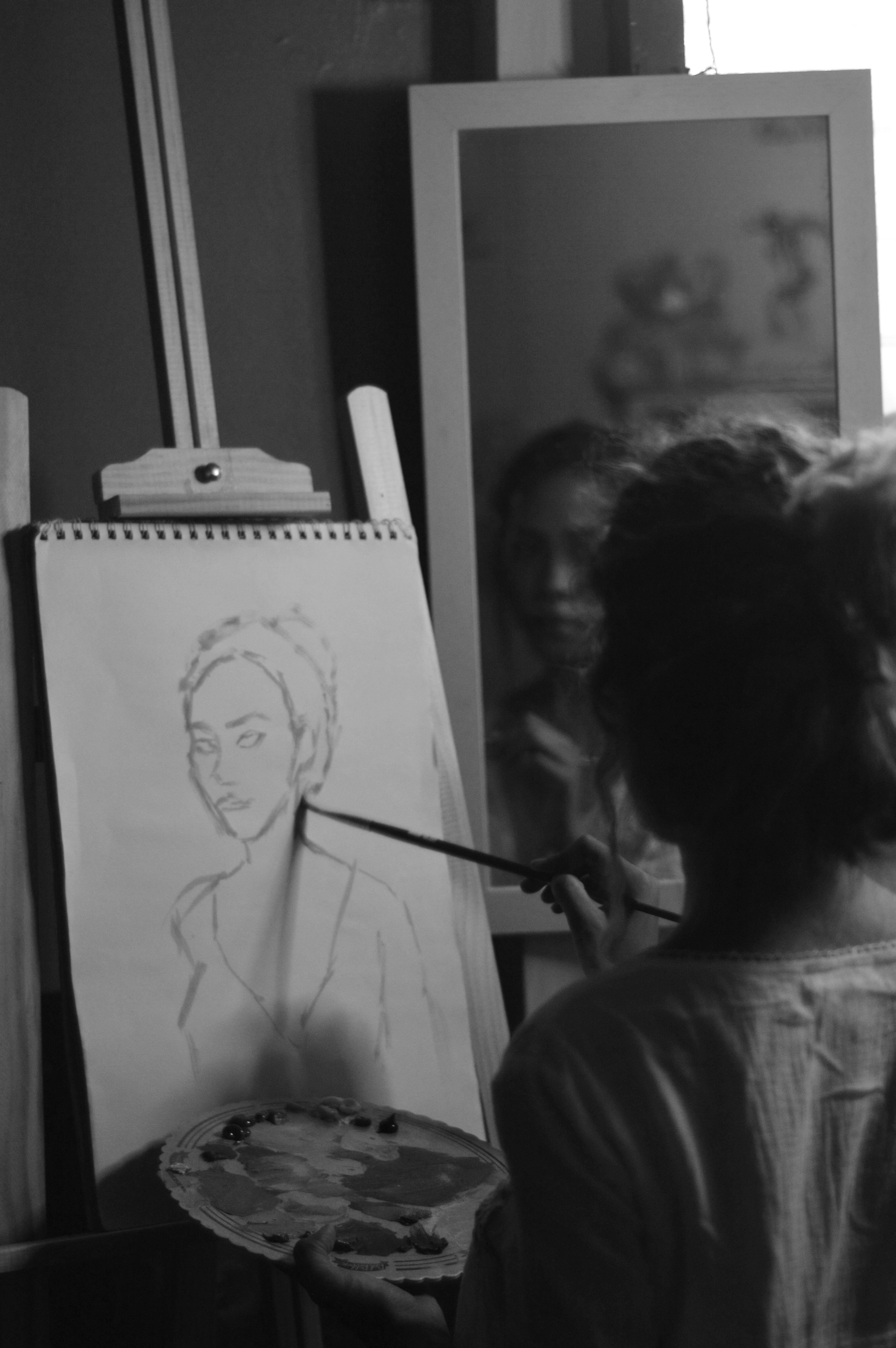 Yep, another self portrait.

I've always painted about myself. It's always about me. I'm not vain. In fact, I hate myself. If I were given a choice to live or die on 2006, of course I'd choose to die rather than suffer from eternal torment on earth.

But then life happened, so my other me does everything to cope and survive.
And this is how she chooses to cope. Yep, I used a cake board as a palette cos I'm lazy.

I had my portrait study earlier. I've never painted myself for a year now due to pressures from school and my recent solo exhibit. It's a great way to scan myself from viruses. :P

It started nicely. I was calm. But the room became darker because I started painting at 3pm (which is a stupid decision, I know). The sun started to set. So did my work. 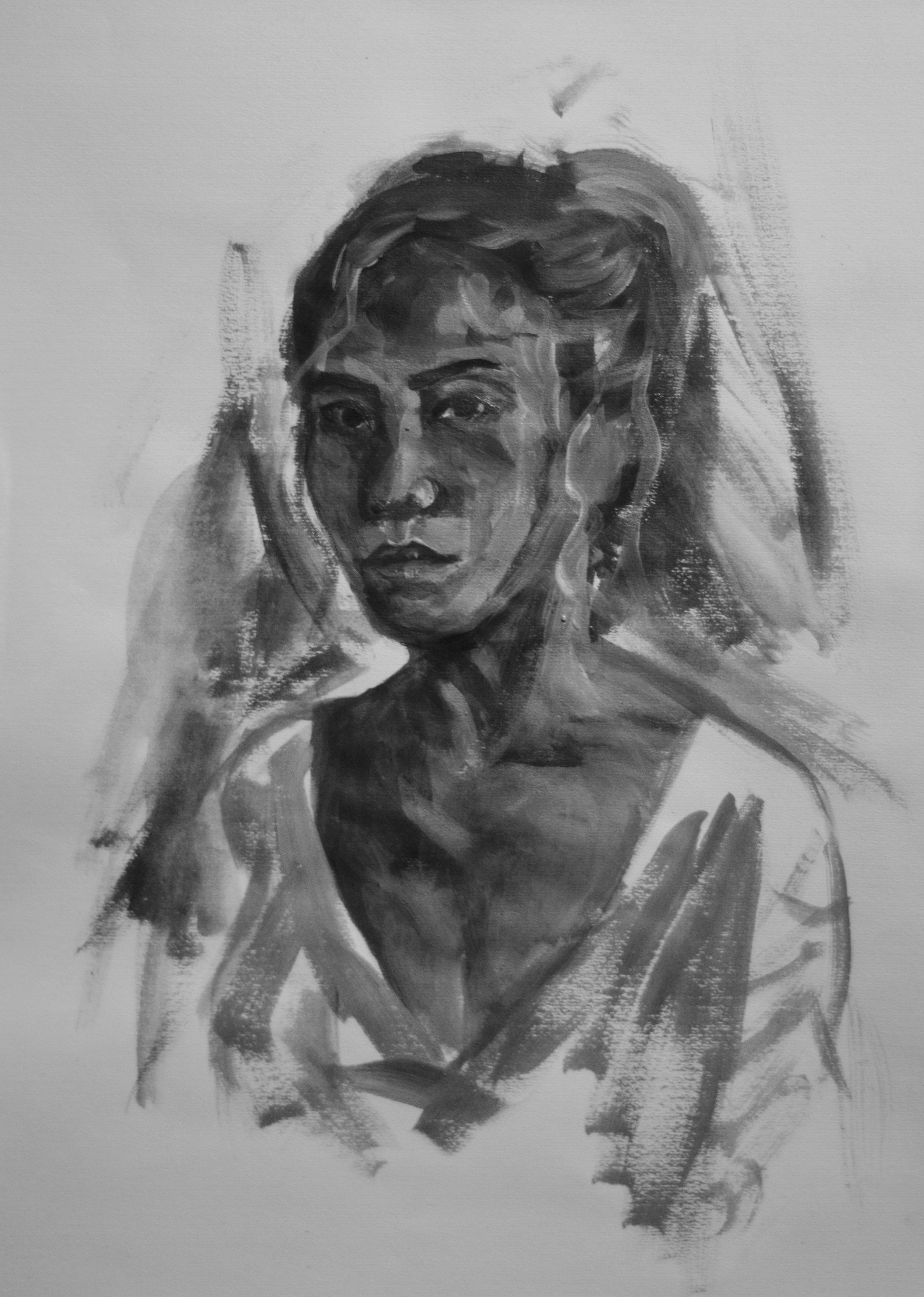 It was so ugly I loved it. This was made in 2014. I was having menstrual cramps while doing this. Physical pain. Well..... to be honest... I was depressed, too. So it was a double kill for me.

My self portraits are either meh or angry. There's nothing in between. In fact, I don't remember painting myself smiling.

If you have been punished for the thing you didn't deserve you'd be angry, right?

I've been a good girl. I didn't do anything bad at all.

But maybe it was my fault, too. I remained silent for years that forced her to release all of it. Whatever.

Let's go back. After my therapy last year, my brushstrokes became calm, peaceful. The colors became bright. I was optimistic. But right now... You can see clearly what's happening lol.

My point is, whatever's my mood or current state of mind, it shows in my art. It shows on every artist's art, I guess.. in some way.. 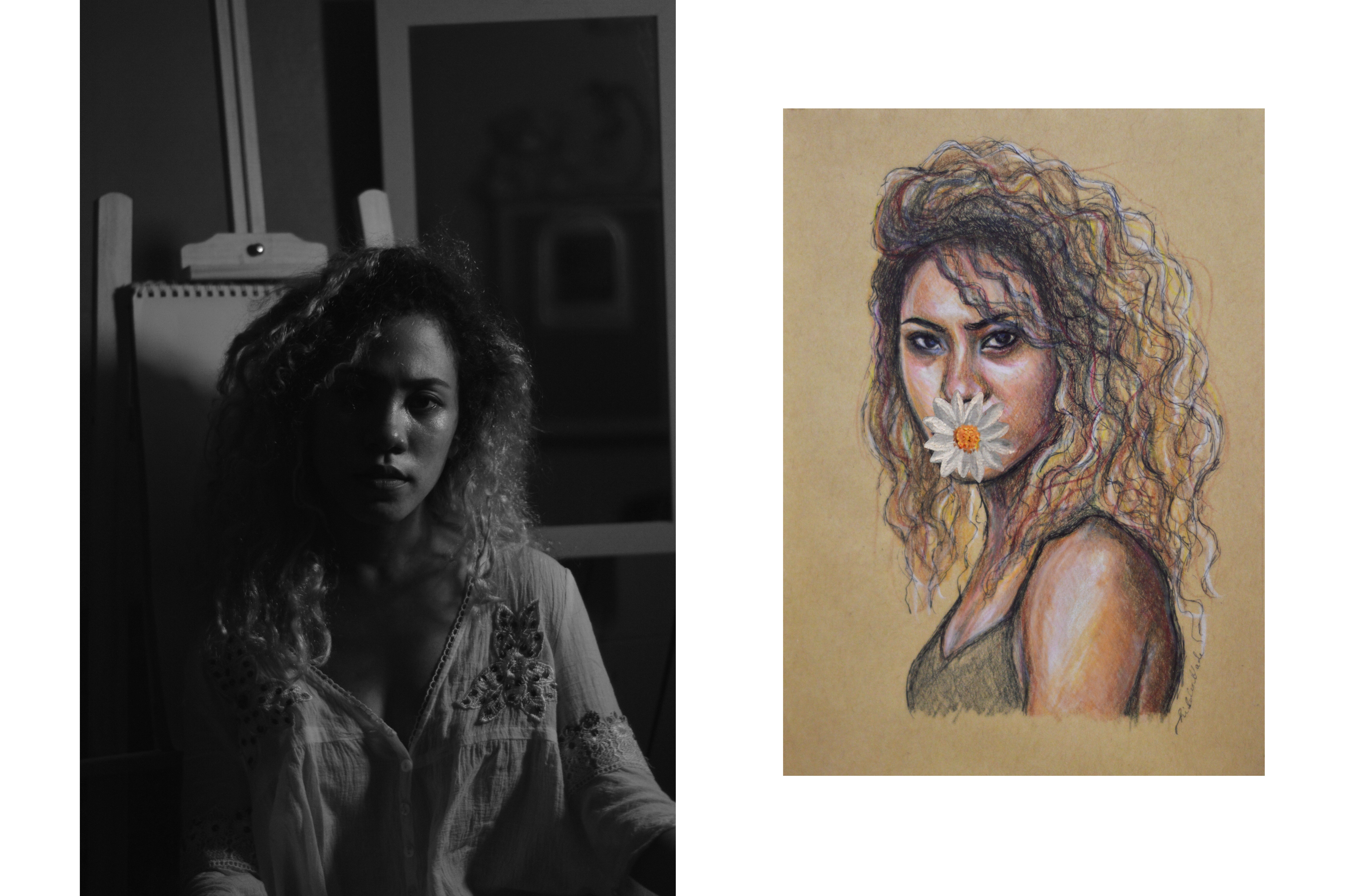 But at least she taught me how to paint.

'Somewhere I Belong' by Linkin Park

I wonder what kind of art would come out of you while drinking a milkshake :thinking:

Absolutely beautiful! Glad you're in this life

Well, its not bad after all :P hahaha..

Might be in Wabad this year, laag mis inyo :D

Aahhh that will never happen XD
See you around, I'll be somewhere... hiding lol

Congratulations! Your post has been featured and have received 100% upvote from us. Love your paintings!
the-spirit-of-communal-unity-bayanihan-19th-philippines-curation-updates

Congratulations @hiddenblade, your post has been featured at Best of PH Daily Featured Posts.
You may check the post here.

We are a curation initiative that is driven to promote Filipino authors who
are producing quality and share-worthy contents on Steemit.

See Curation/Delegation Incentive Scheme here. Be sure to leave at least 50SP undelegated on your account.

Follow our trail and vote for curated Pinoy authors. If you are a SteemAuto user, @bestofph is an available trail to follow.

If you want to be part of the community, join us on Discord

Thank you for sharing! And the paintings are great, resonating with what you described you were feeling at the time. I especially liked 'the pain I feel inside', keep it going, you got this! Following you for more!

The art is incredible and unique style. It's not vanity but self reflection.
I've drawn onlt one or 2 self portraits ever, not sure why really.
Sorry for your scars, I hope you continue therapy and find peace and healing.
Good luck!

I like the one on the bottom right, flower in the mouth. Really beautiful work...

Powerful words and imagery.
Self-portrait as a "virus scan" - something I'd never considered but so true.
Please don't take this the wrong way because it is a compliment... but there is a character in the "Dark Tower" series by Stephen King, "Detta Walker" who has had torment from her past split her into multiple persons, not just multiple personalities, multiple individuals who fight for control of the same body, who at first are in constant strife with one another, but then as their quest continues, come together to form a team and become the strongest, fiercest, and most inspiring character in the book.
Your dialogue made me think of her.
Very much a fan of yours, anxious to see more.

Oh wow! I'm not surprised that I reminded you of that character because to be honest I also thought I had someone in me to accompany me too! Like my enemy who looks like me, who wants to bring me down but after my therapy I've decided to befriend her and use that as a strength.. And use art to "introduce her" to the world and that I am actually doing my best to make myself better. Don't worry about me having to deal with multiple personalities in the future lol I am also aware of me having the chance to develop it if I keep on thinking that I am not alone. But always assure myself that this is just going to be a symbolic part of my work. ;)