It's been a calm weekend, my wife being on a polar expedition and all, leaving me some quiet time with drawing and drinking tea in the absence of her vivid sexuality. But working on a computer is very seldom just working. Many people have a Steemitt stream rolling peacefully along their chores, others listen to music or check Twitter.

I've had breaks because I had a hard time getting hold of the next page of Phill from GCHQ. It happens inevitably after a couple of interesting pages where everything just went fine.

So I saw episodes of the old British sitcom Men behaving badly from back yonder in the nineties. quite a lot of episodes actually. And then suddenly there was a word I didn't know:
A totty!

A fast search on the large library of useless stuff, also known as the Internet, told me that Totty is British slang for a sexy women. It means the same as a babe, or a hottie, and suddenly the next scene was getting together in my head as I envisioned the following line: ay, she's a totty... and blimmin bonkers too (about High Priestess Gwendolyn Knight (for readers of my comic)) - or at least it got me started.

People tend to see procrastination as something wasteful, but I have been an artist for many years and I know one thing for sure. The straight road is not always the one that will get you to the goal (this might be different for other jobs like for example accountants).

ay, she's a totty... and blimmin bonkers too

Haha, must be the German fondness with English dialect and turn of phrase - maybe it has rubbed off all the way up here in Denmark.

Hah! I just sat down to work but clearly it's time for my daily procrastination aka nap. I'm fading fast. Hopefully I can have a few more dreams like yesterday and get another post out of it.

I think sometimes detours are the straightest route.

I had a nap this morning. I seldom do it but when my wife is not home I go far to late to bed. Detours has to be scheduled in every serious project! :)

One of my friends used to say "Hottie tottie boombalottie." So dumb, but also funny haha. Procrastination is the bane of my existence. "I can always do it later..." lol but what if later never comes? You would think I have learned this by now, at 33. ;____;

@katharsisdrill
Procrastination is the best nation, right after donation!

Interesting sir.That is very entertaining.I am got so funny to watch this video
Best of luck Wow, really interesting way of looking at it, followed

Ay, still have to do a lot of the boring, hard work too, sometimes you just get there faster by not trying. 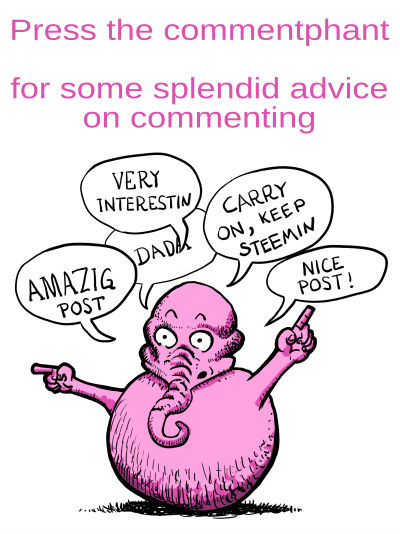 NICE VIDEO SIR.KEEP IT UP

Procrastination is the best nation, right after donation!