Tourist in my own city: with my sister and daughter to Het Tropen Museum

My sister Marianne is here to visit and when in Amsterdam, she doesn't want to sit at my kitchen table all day of course. We went to Het Tropenmuseum. My youngest daughter accompanied us. (My sister is her God mother.) In the main hall we found a very large work of art that turned out to be a work in progress and we were invited to help build it. It was called 'Tapijt voor Vrede' (Carpet for Peace). Artist Marianne van Heeswijk build the first 'Tapijt voor Vrede' with people who had to flee from warzones and their new neighbours in Holland, so they could get to know each other while working together on something, not speaking the same language not being a problem. It was very inviting to build a little bit. It reminded us of a wool table carpet we once embroidered when we were stil living with our parents. It took us over a year and anyone who came to visit was handed a needle and some yarn and sat down with us to help. 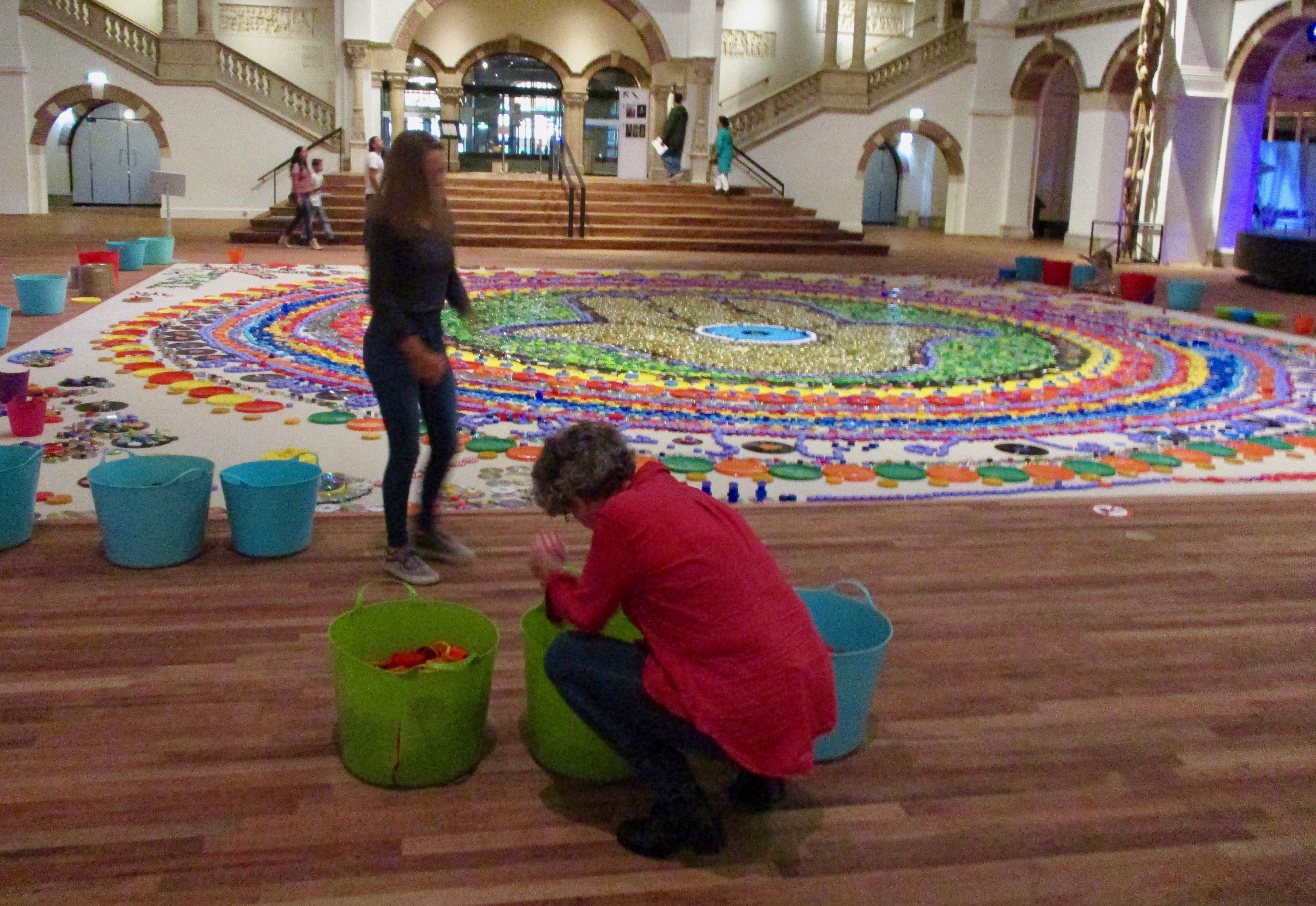 After we did our part, we walked trough the exhibition. Let me show you some highlights! 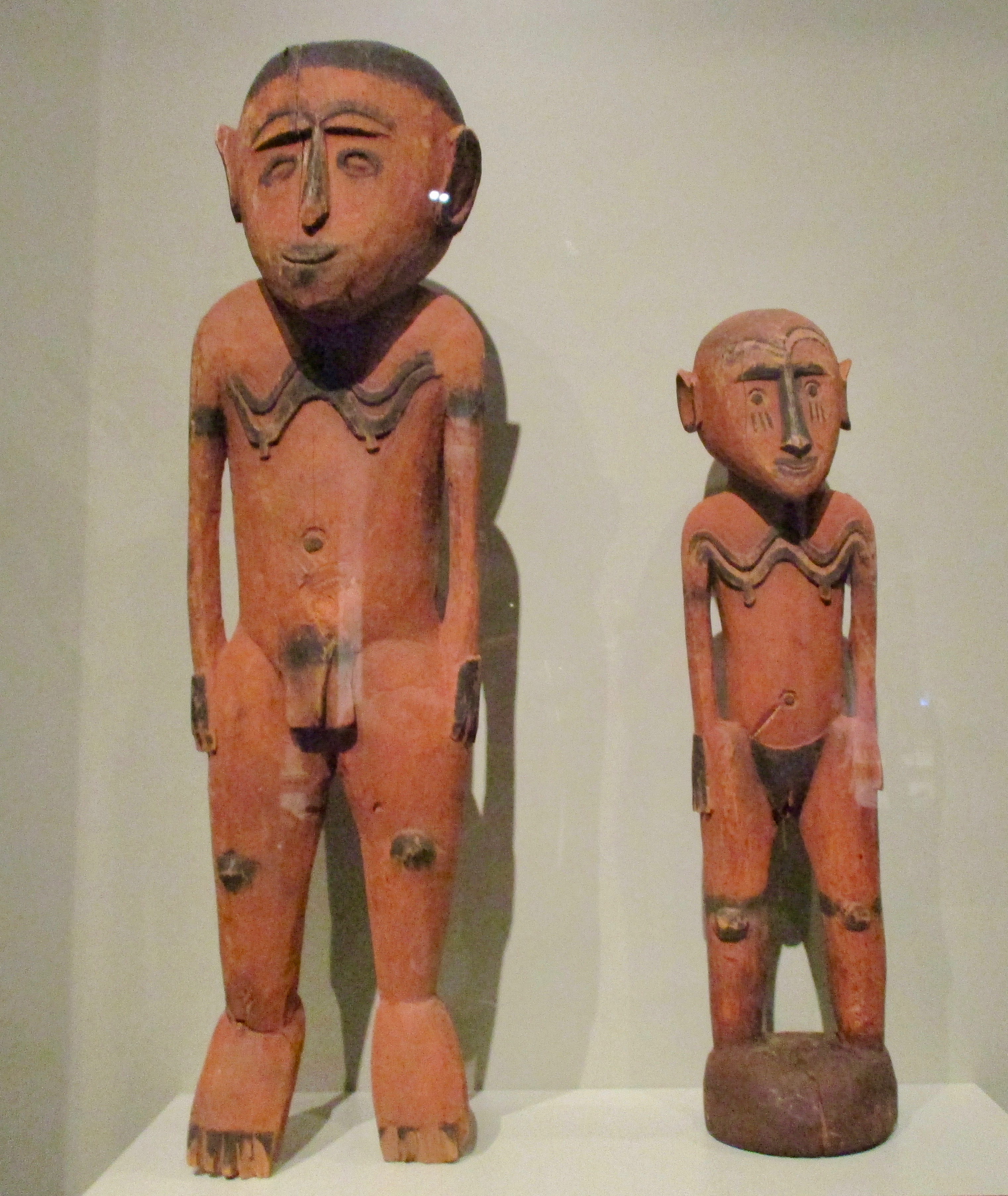 How do you like these two? They probably represent a mythical ancestral couple. North coast of Papua, Indonesia. 19the century. And what about this guy? It's a dance mask from Papoea-Nieuw-Guinea. Early 20th century. 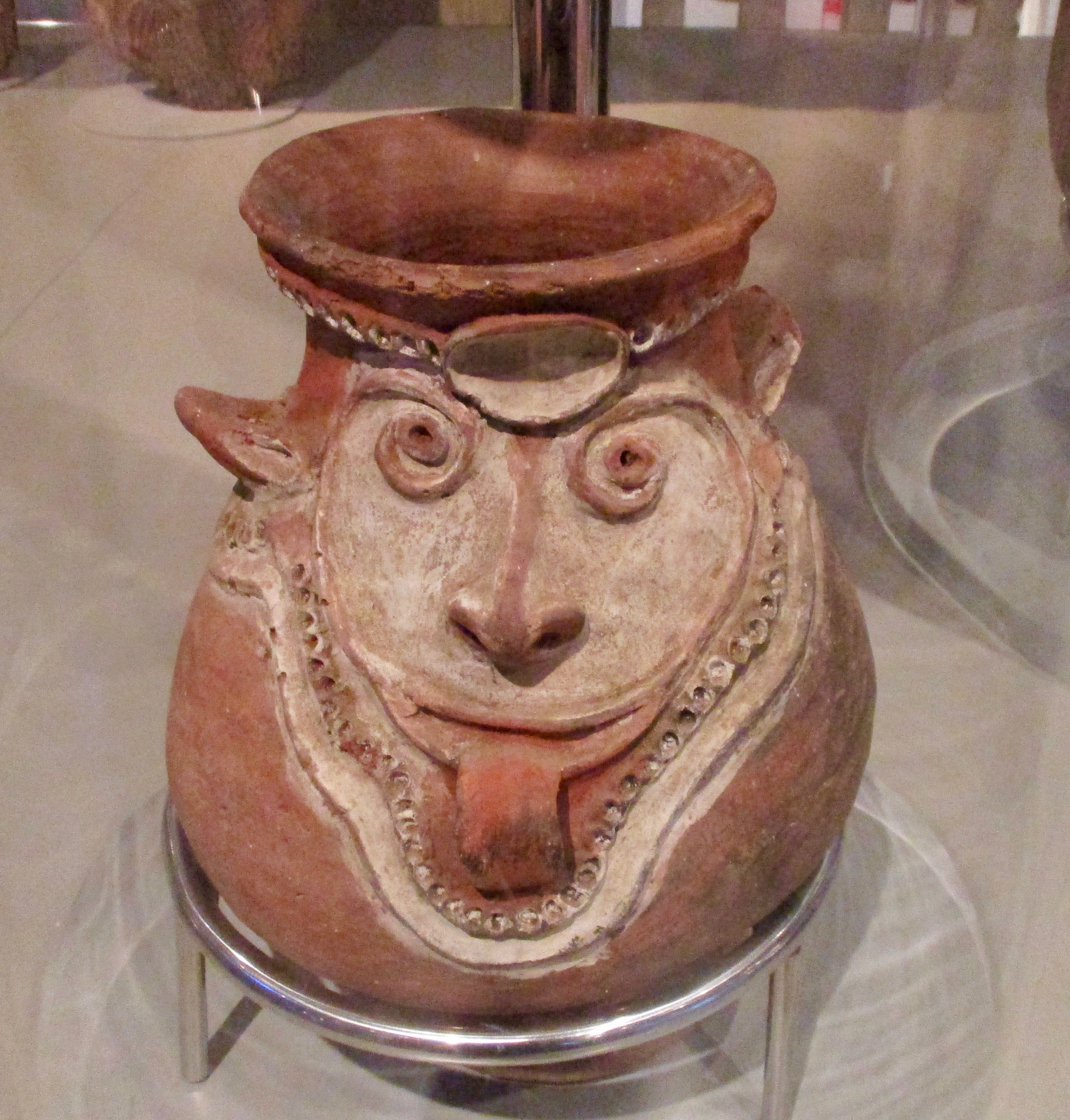 This is a food pot. They were believed to be alive. Maybe to prevent sneaky snacking?

On another floor we found the exposition Body Art. Interesting and sometimes a bit of a freak show. I was under the impression the curators were inspired by Louise Bourgeois. God mother and daughter did some serious bonding! Upvoted! we posted at the same time, me about het paleis op de dam en hier over het tropenmuseum.
Looks like a fun day! need to go there again did not go for a long time.
Will keep an eye out for your blogs