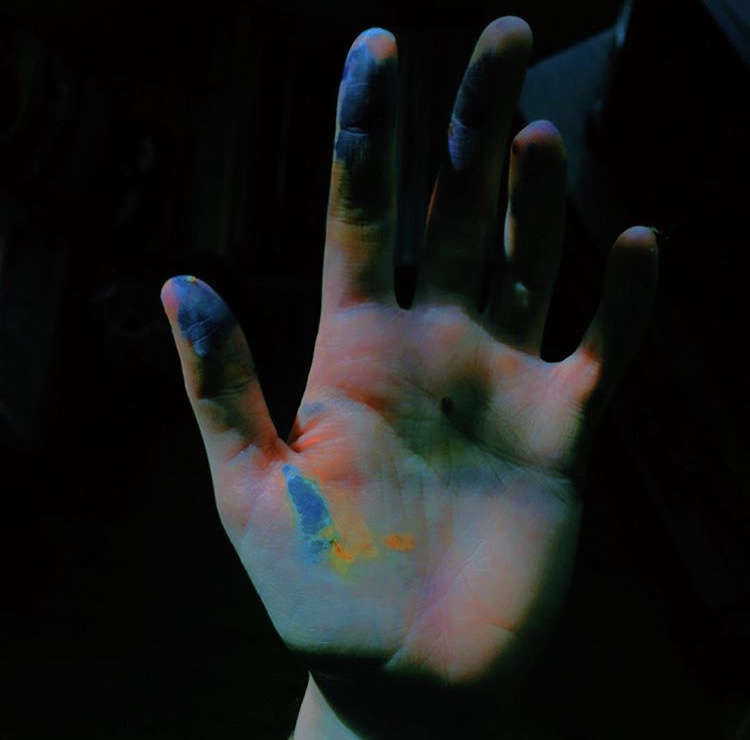 Art has always been my escape. Be it in times of immense joy or when storm clouds linger in the depths of my thought, art has long sufficed as my mean of self-expression. I believe this is, perhaps, the most transfixing quality of art. Art can speak volumes without a single utterance from its creator, raising awareness and emotional attachment to all in its presence. The power of art is boundless, and I am a firm believer in its ability to change the world.

That being said.
Two weeks ago, I attended the annual Beta convention. Naturally, my involvement was central to art: watercolor and recyclable art were the categories I was thrown into. While painting has become my second nature, I am quite inexperienced with three-dimensional art, let alone made entirely of recycled materials. This presented a challenge. 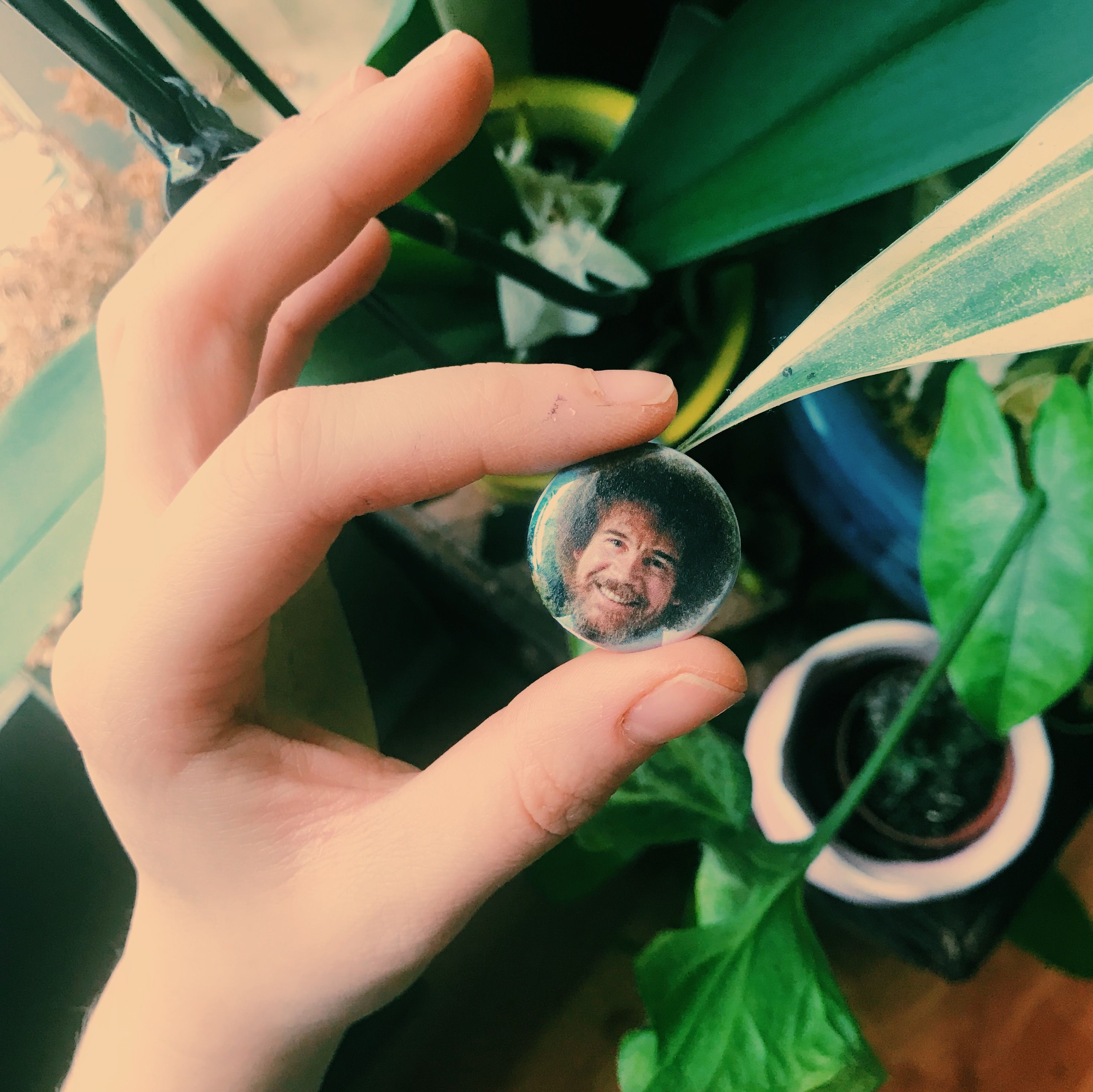 Nonetheless, challenge is the preface to art, and I am all too familiar with Bob Ross’ famous quote:
“No mistakes. Only happy accidents.”
This became the motto of every action that took place from this point on.

Naturally, the project that caught my eye was the most challenging, intricate piece I have ever created with my own two hands. It was an eyeball made of bottle caps, a representation of awareness to the ongoing global issue of pollution.
insert knuckle crack

The early stages of my project consisted of me begging everyone for their used bottle caps for MONTHS. I announced it over the intercom, set collection boxes out at lunch, and approached people awkwardly as they took the final sips of their bottled soda. “Hey, um. Can I...uh...have that?” One giant box of disgusting, pungent, used bottle caps later, and I had the foundation of my project.

It is three nights before I am thrown on a bus and in transit to convention. I have nothing more then a multitude of caps and an unopened bottle of tacky glue. Tension is high. Tears are flowing. A meltdown has ensued. The next three nights were spent with me, myself, and a bottle of tacky glue, shut in my room with all of the lights off, working under the light of lamp.

To keep the project recycled, I made the decision to use an INCREDIBLY heavy piece of old flooring that I found in my shed. I used some old trim paint to cover the stain of the wood. Three coats later. 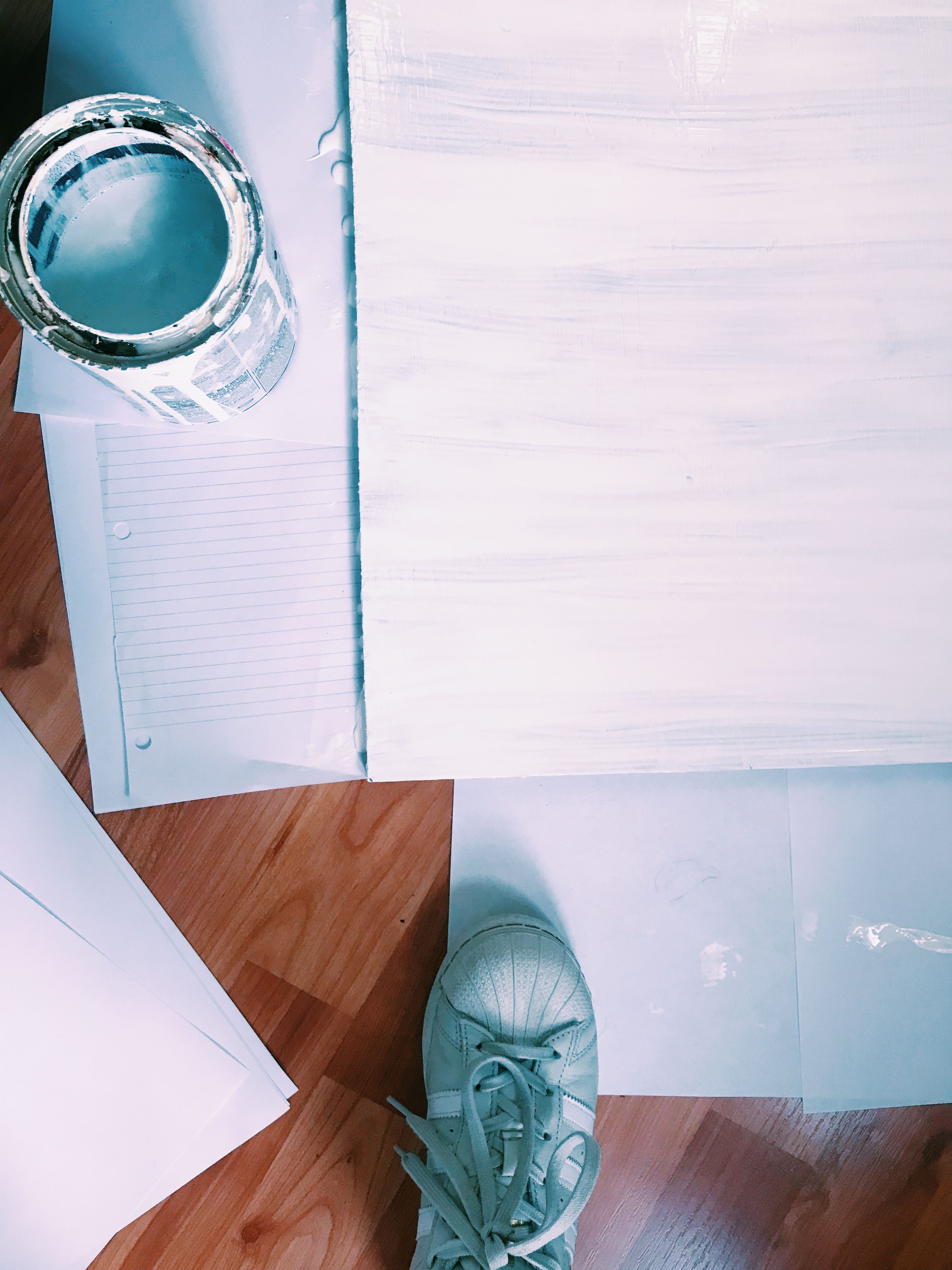 I, then, began laying out the bottle caps exactly as I wanted them to be glued. I realized I only have bright colors. Nothing that resembles skin tones in the slightest.The time is now three o’clock in the morning. I have been working for six hours. I have three hours until I have to wake up for school. Cue the tears.

Day two:
Running on caffeine and caffeine alone.
On this night, I glued every single cap with my own two trembling-from-over-caffeination hands. At this point, I was still unaware of what to do with my lack of fleshtones. WHY DOES EVERYONE HAVE TO DRINK DR. PEPPER? Red lids. Red lids everywhere. I never want to see another red lid. The time is now two o’clock the next day. I put the cap on my glue and retire for the night. There is glue dried to every exposed surface of my skin. Day three:
I have obtained a few light pink egg cartons, some orange Gatorade lids, and a bag of beads and buttons. This would have to suffice for my skin tones. I glued every individual button and bead. 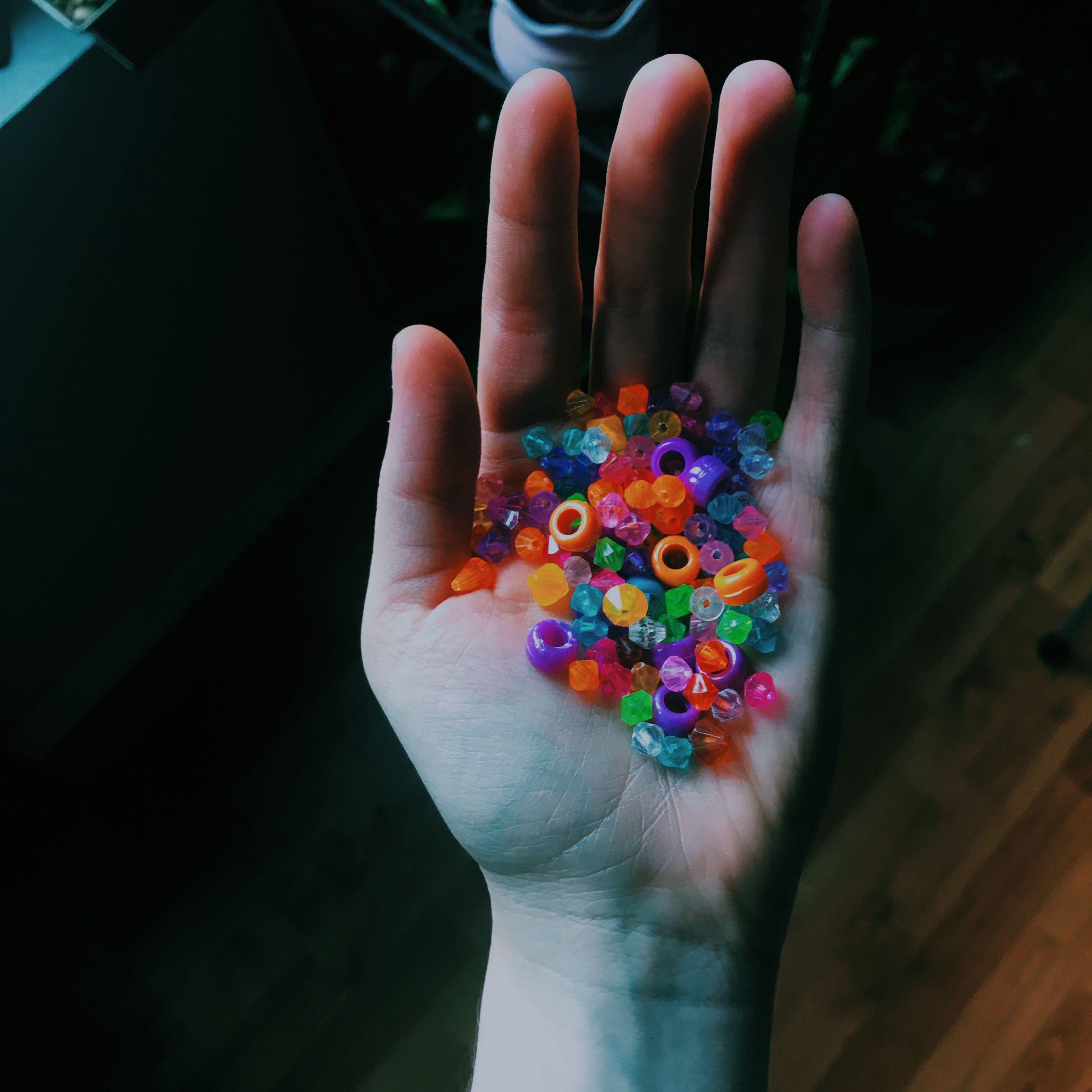 I put pieces of egg carton into the white caps to create a flesh-like appearance.

Eight hours later, and my project was coming to a close. I am too exhausted to celebrate. I turn off the lamp. This was not the end of my adventure, by any means. Everything I put my heart and soul into for the last three days was to be packed into a van for three hour road trip. I brought my glue, an obvious packing essential. No mistakes. No happy accidents. I want to be prepared. 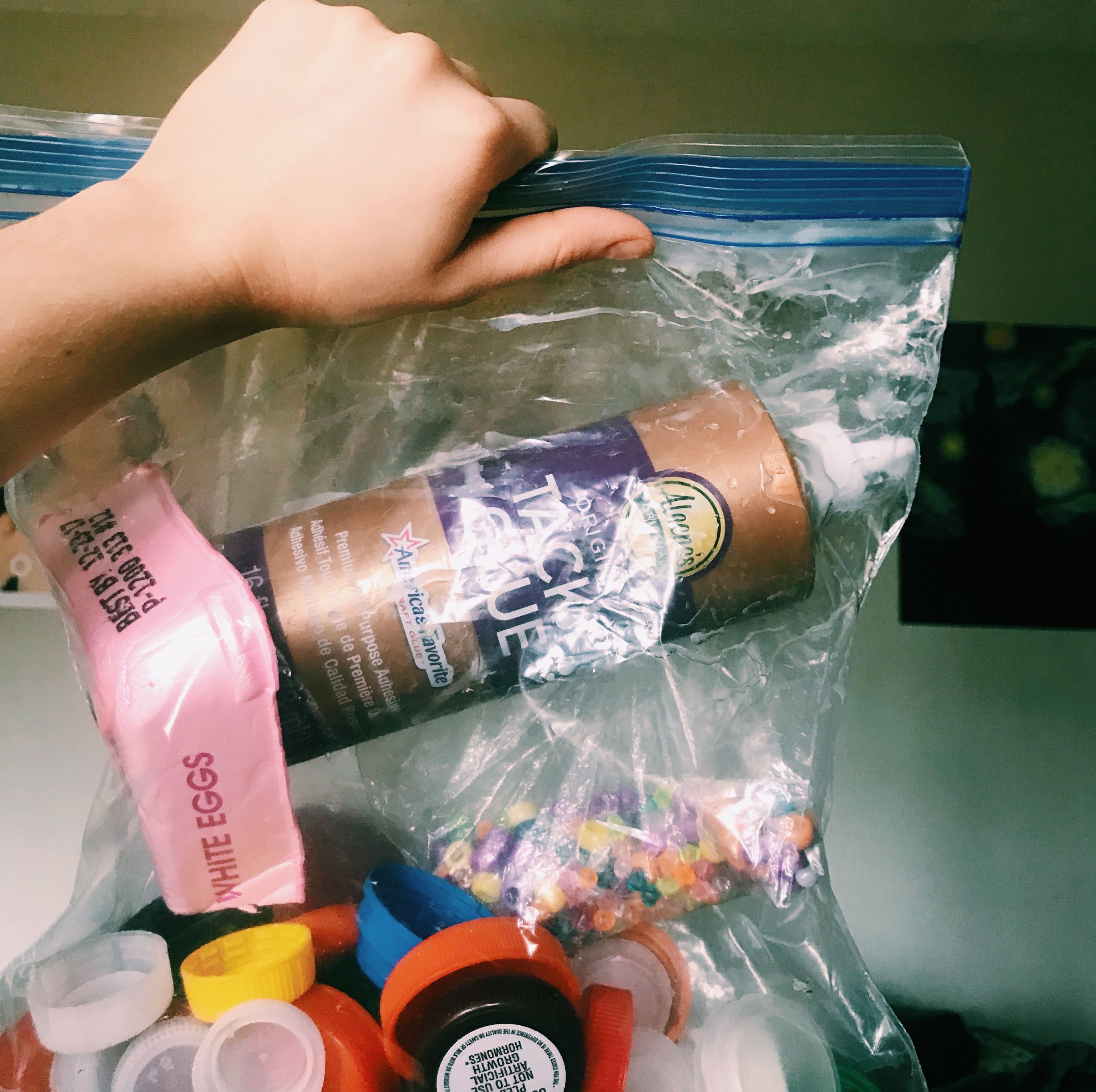 Upon arriving to our destination, caps littered the van. Ha. Too predictable, Life. Way too predictable.
After frantically flying in my hotel room, with some minor editions (I added a straw and a few pipe cleaners to add definition), my project was FINISHED.

I never want to look at another bottle cap e v e r a g a i n.
I call it, The Awakening. My recyclable art, unfortunately, did not place. (But I DID win second in watercolor. Again, far too predictable, Life. Haha!)

Regardless, I feel like this piece gave me a much greater sense of victory, beyond a ribbon. Through this artwork, I can see the challenges and strife that comes with being an artist. However, through trial and tribulation, I know that I AM able to overcome and persevere. To me, this art is far more than a bunch of bottle caps glued to a board. This is a piece of my heart and soul, and the very epitome of why I love art.
Eighteen hours, three sleepless night, and an entire bottle of glue later, and I realize this piece is the fuel to my greatest passion: art.

Below, I have attached a series of progress shots . . . 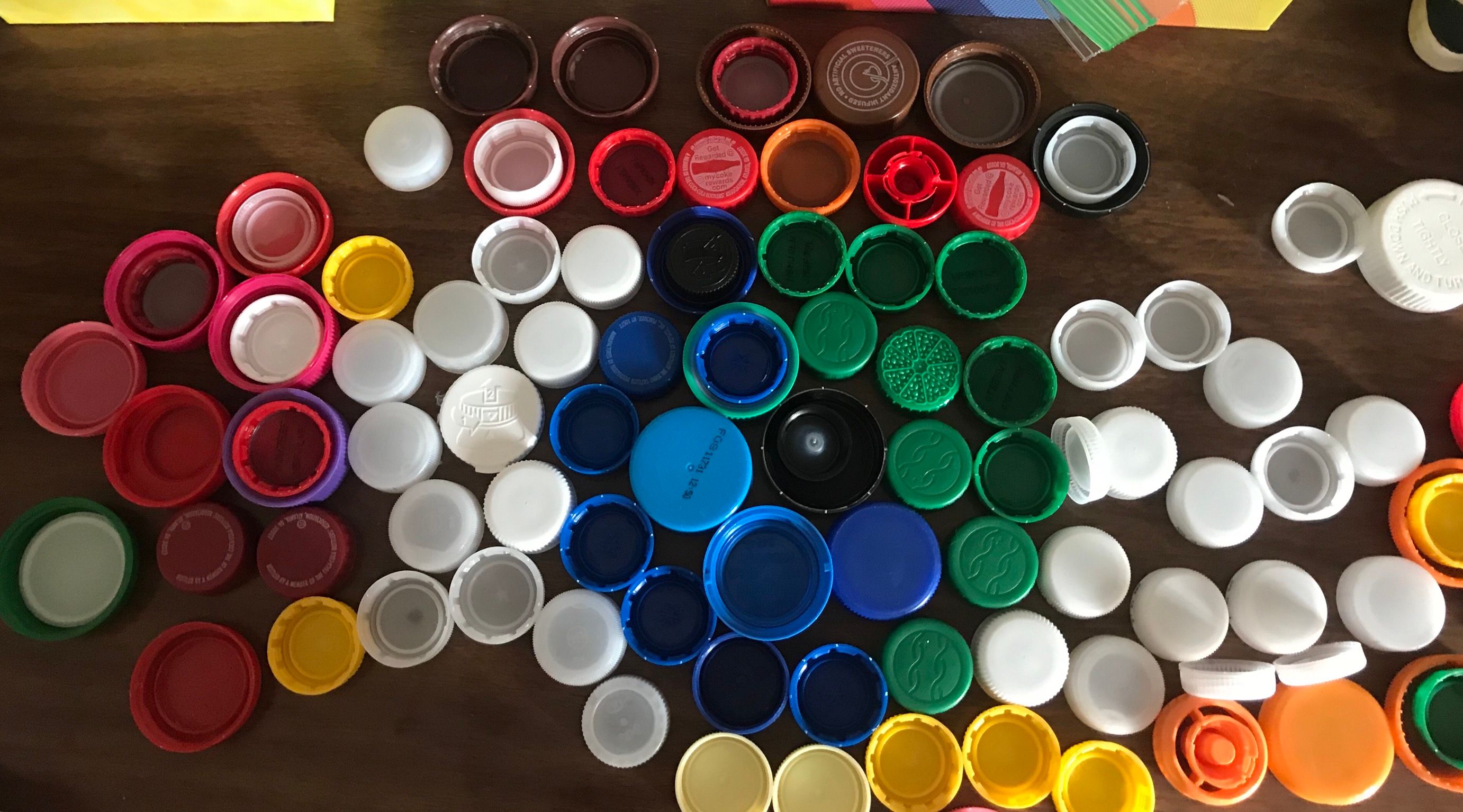 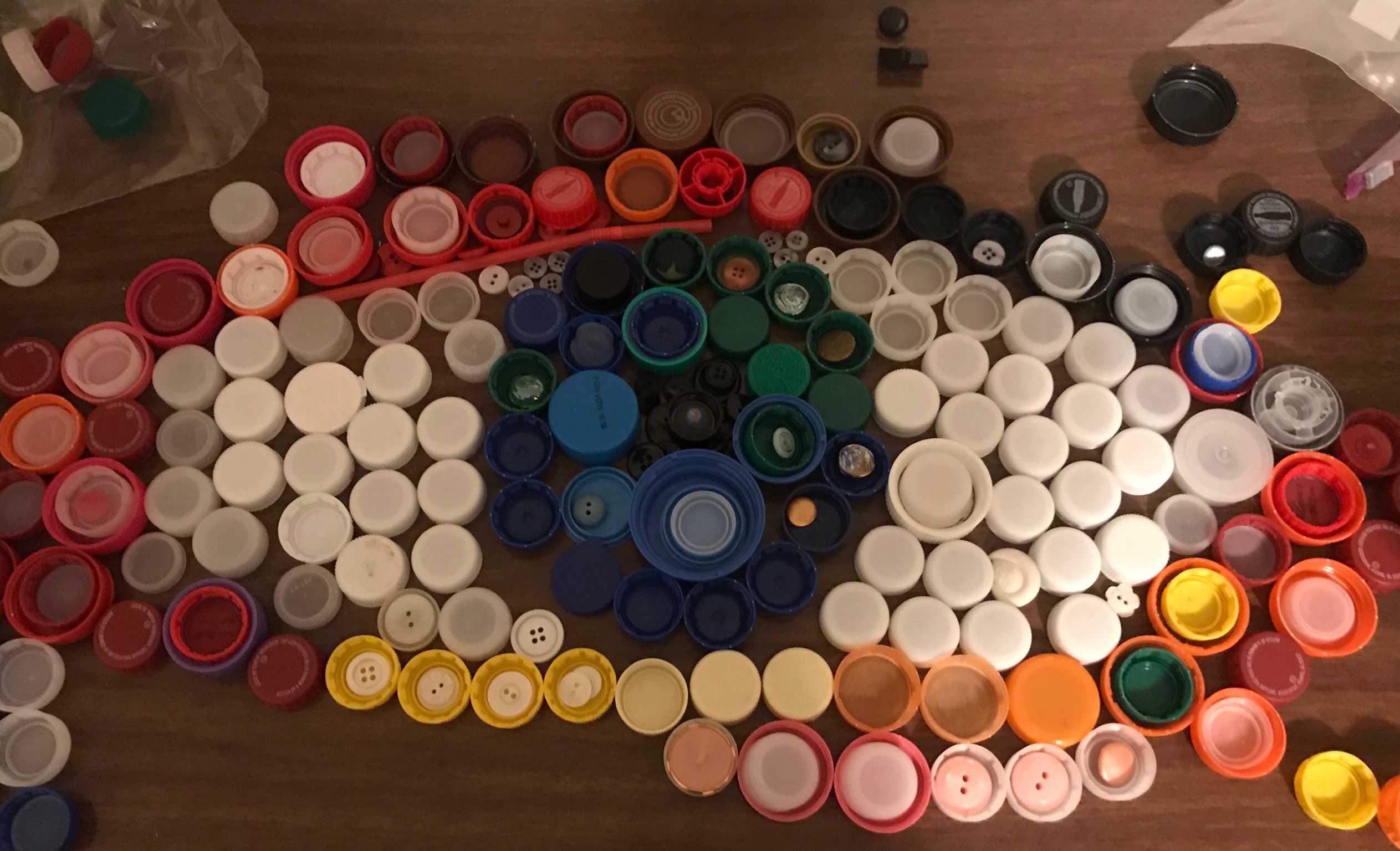 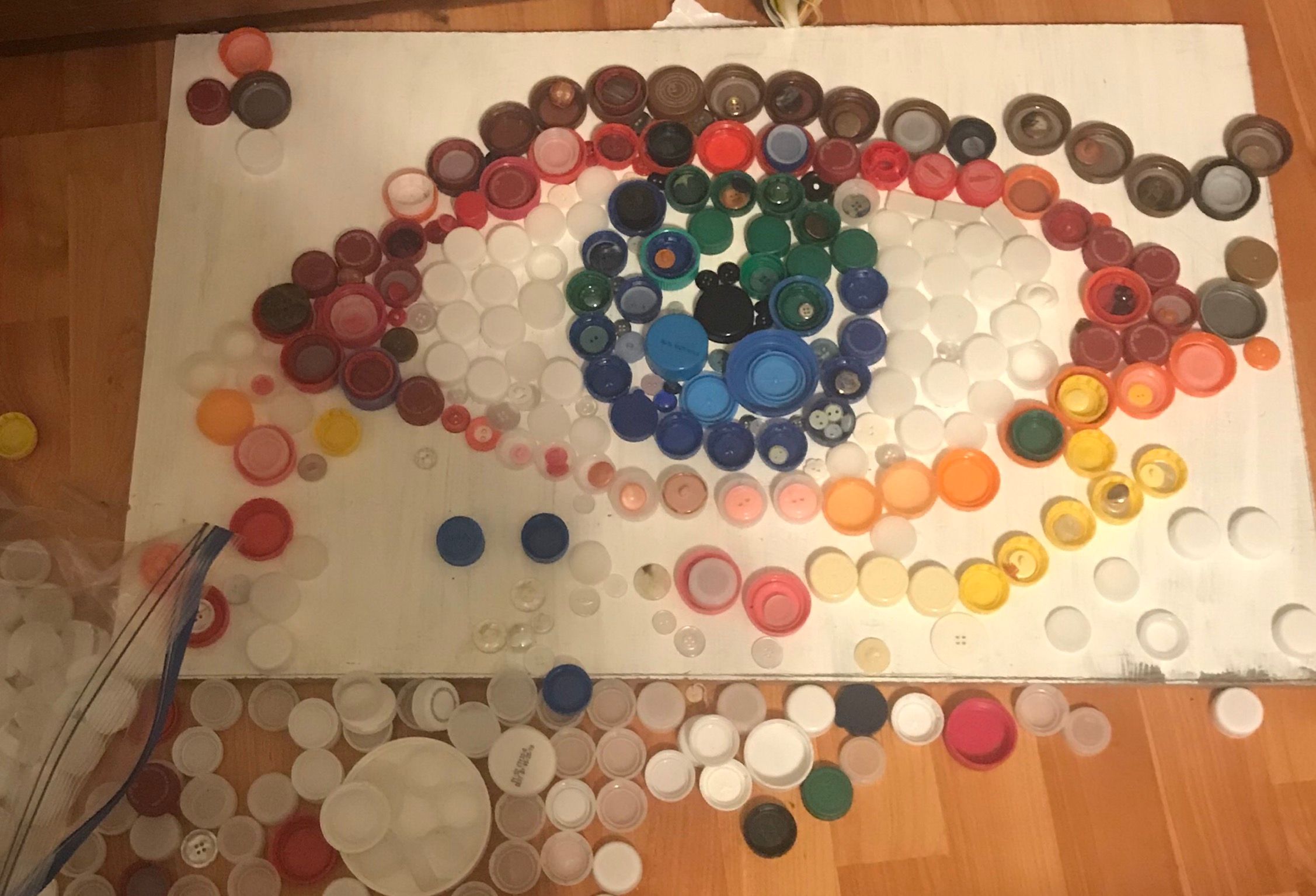 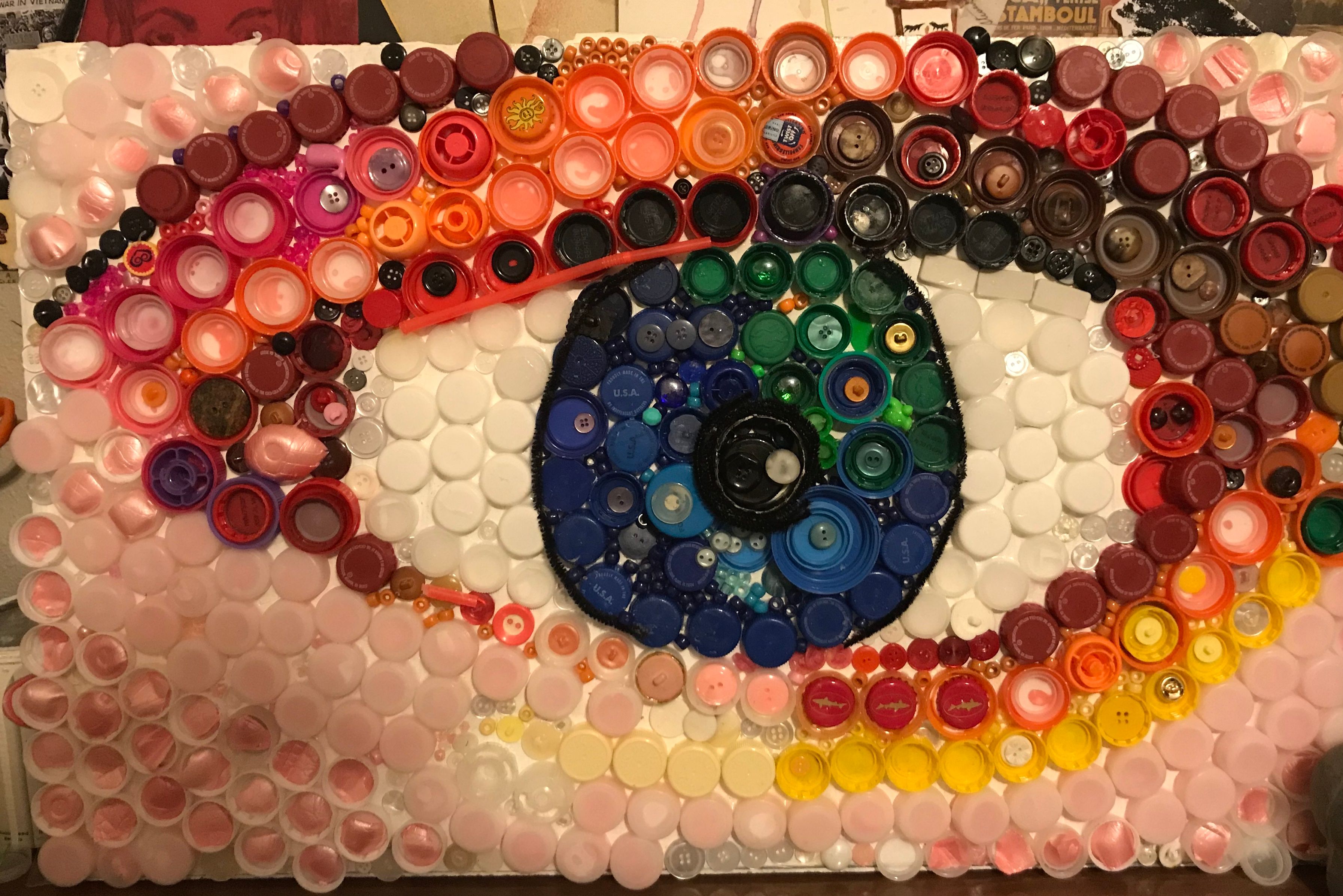 Thank you for reading! I look forward to posting more very soon!
Much love.

Congratulations @okylxx, this post is the most rewarded post (based on pending payouts) in the last 12 hours written by a Dust account holder (accounts that hold between 0 and 0.01 Mega Vests). The total number of posts by Dust account holders during this period was 6318 and the total pending payments to posts in this category was $2152.11. To see the full list of highest paid posts across all accounts categories, click here.

Congratulations! This post has been randomly Resteemed! To join the ResteemSupport network and be entered into the lottery please upvote this post and see the following rules.

This is absolutely amazing! I agree, art is definitely an outlet for many things.

This is so amazing. You are so talented and i’m so lucky to know you.:)))

Congratulations, your post received one of the top 10 most powerful upvotes in the last 12 hours. You received an upvote from @hendrikdegrote valued at 123.49 SBD, based on the pending payout at the time the data was extracted.

This is really amazing! Well done you ;)

Hey! I'm new at this and looking for some interesting accounts to follow, I found your post, wich I think is awesome! I love the fact that you're creating art with recycled materials, keep posting your art!

Thank you so very much! I appreciate it. Recycled art was DEFINITELY a challenge, but I loved doing it!

Wow this was a super cool post. It actually really surprised me by the end of it.. Its truly amazing how anything can be turned into art..Columbus Ohio has an art museum that really hits it on the head..there are so many random objects used to make wonderful, though provoking art.
Thanks for the great post!

I think art is absolutely enthralling in that sense. Anything can be made into art. Thank you for the positive feedback!

Absolutely! Just followed you! Feel free to follow me @theessential I’m new to Steemit but I think I’ll have some material You’ll be interested in, in the future.

this is so beautfiul

I love your idea with the caps! Hope you will post more soon :)

Thank you! I definitely plan to!

Hello, great work, i liked your post and reward it with upvote.

I'm running budget proposal campaign on Steemit for funding my future STEEM Windows and Android app - STEEMER. If you would like to contribute, please visit my post for details: https://steemit.com/utopian-io/@cryptomonitor/steemer-your-future-steem-blockchain-transactor-windows-android-app-funding-update-23-12-2017

A great collection! The button of Bob Ross is awesome. When I was a child I watched in german tv all the time episodes of Bob. Sometimes a fell asleep, because his voice was calm and peaceful. Thanks a lot for this colorful arrangement. Great peace of art.

Incredible and fascinating. Your art is made even more so by the account of your journey.