Here is an experiment on creating my own flavour. The flavour I was trying to create was the Cadbury chocolate snack bar/block. For those who know what I am talking about, I was trying to recreate the pineapple flavoured piece. The one where there is only one or two in a block and everyone fights for it.

Overall the creation was a hit at the time I made it. The filling was good but the shell was not afterwards. This was the first time I had tried to make chocolate shells by using substituting some coco powder for almond meal. But I needed to find the right ratio. The shell here ended up being very hard instead of soft the next day. Here I wanted to show you the macaron on the right. It was actually really nice, though I had never really made it again because no one else had ordered it. Overall I had made it twice. Once to try out the flavour and second for a client who had tasted my first batch and liked it. I think other people were too afraid to try it out because it was not a common flavour you would find in store. It was coconut pandan flavoured macaron. 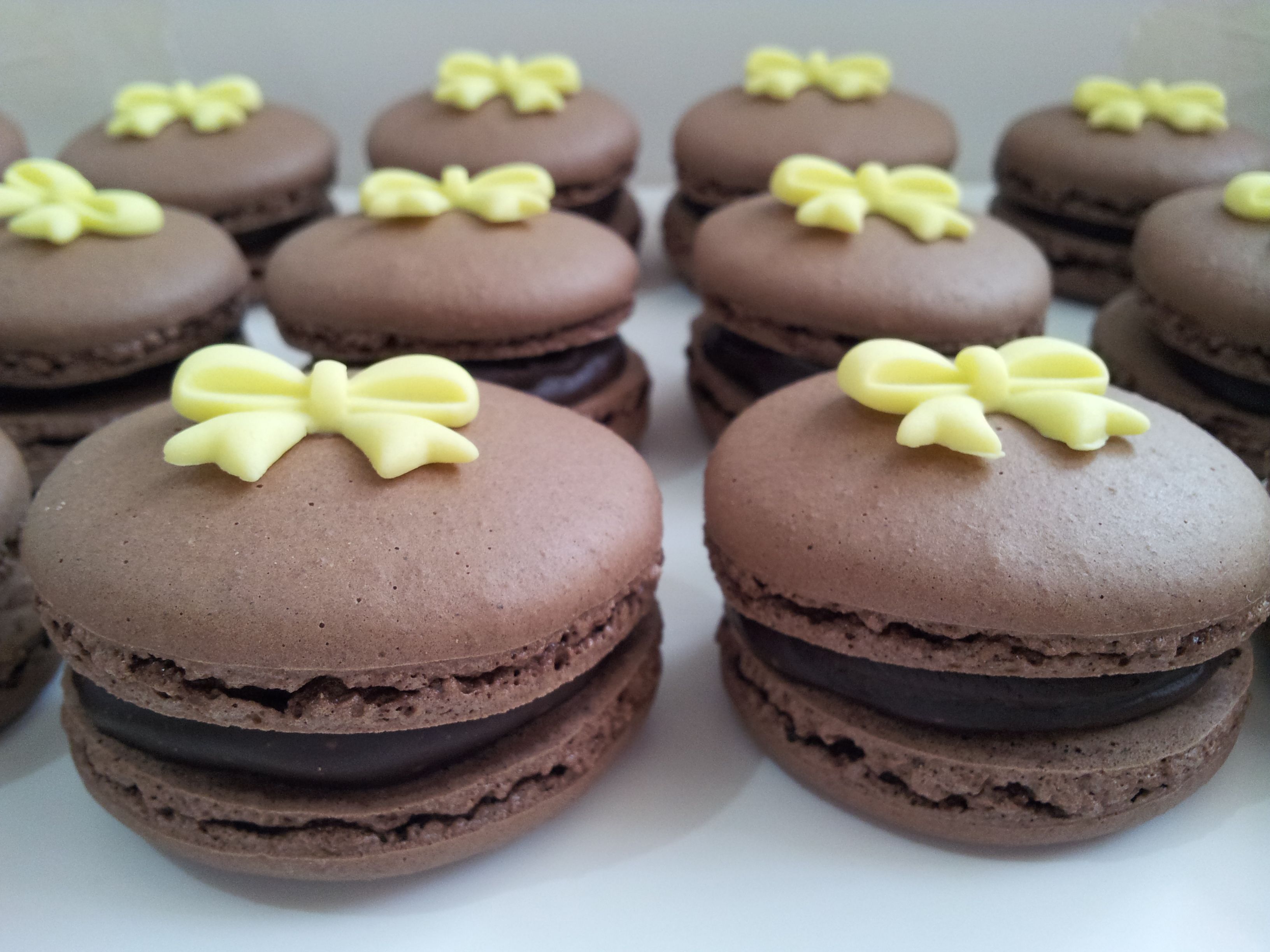 After writing this post, 'IF' I ever do bake macarons again, I wouldn’t mind making the coconut pandan and Cadbury pineapple flavoured macarons again. Though I am not sure if I remember or even written down the chocolate powder ration I used. Lol

All images belong to @supersoju

Another macaroons post <3. Look at how varied they are, I would be fat if I can make what you can lol. But maybe it's worth it? xD

Your chocolate macarons , left me craving for it now... 😍😍😍

They all look delightful! Its funny how some people seem afraid to try new things. To me, it sounds exciting to try new flavours, specially from different cultures.

Its great when you try something new and you find that you love it and couldn't believe you've been missing out all this time.

I really want the pineapple Cadbury chocolate ones! I can't believe I don't know the bars :o
They look perfect, it's very impressive that you can create things like that! What's the flavor of the macaroons on the right of the middle picture? I would guess Chai latte/green tea :)
Edited: lol I'm stupid. I had no idea what pandan was so I guess my brain ignored it and I assumed the left ones were coconut flavored. Sorry! That means pandan would be another thing I need to try

hehehe you should try the cadbury snack bar but the pineapple flavour filling one; usually they only have 1 or 2 of them in one snack lol I don't like the other flavours. Though they do sell just the pineapple one in some places. Its a limited edition one.

LoL, the left one was matcha green tea flavour.
You should try panda chiffon cake if you can get your hands on one. Usually the ones they sell at the stores are much sweeter. Or you can try making one at home. They are very yummy. But use the pandan extract instead of the leaves. MMMMmmmm I haven't made a pandan chiffon cake in a while. Maybe I ought to make one soon.

Interesting, I haven't seen them here yet but I will pay more attention to the candy shelves haha! I see that pandan chiffon cake is a Southeast Asian treat, I will try to look for it (or pandan extract) in Asian stores/restaurants. From the photos I see in google it seems to be the perfect thing to go with a cup of coffee! Thanks for broadening my culinary horizons :D

Me too. I like it when the colours go well together