this week's theme at the Drawing Challenge #trialbycomics by @kommienezuspadt is "Magic the gathering".

Since I'm a big fan and a player for years I could not resist to give it a try, even if I am very busy with work and life in general.

Because I found my black old sketchbook a few days ago, I thought I'll do some colorwork , even if I suck at it.

So this is the result: 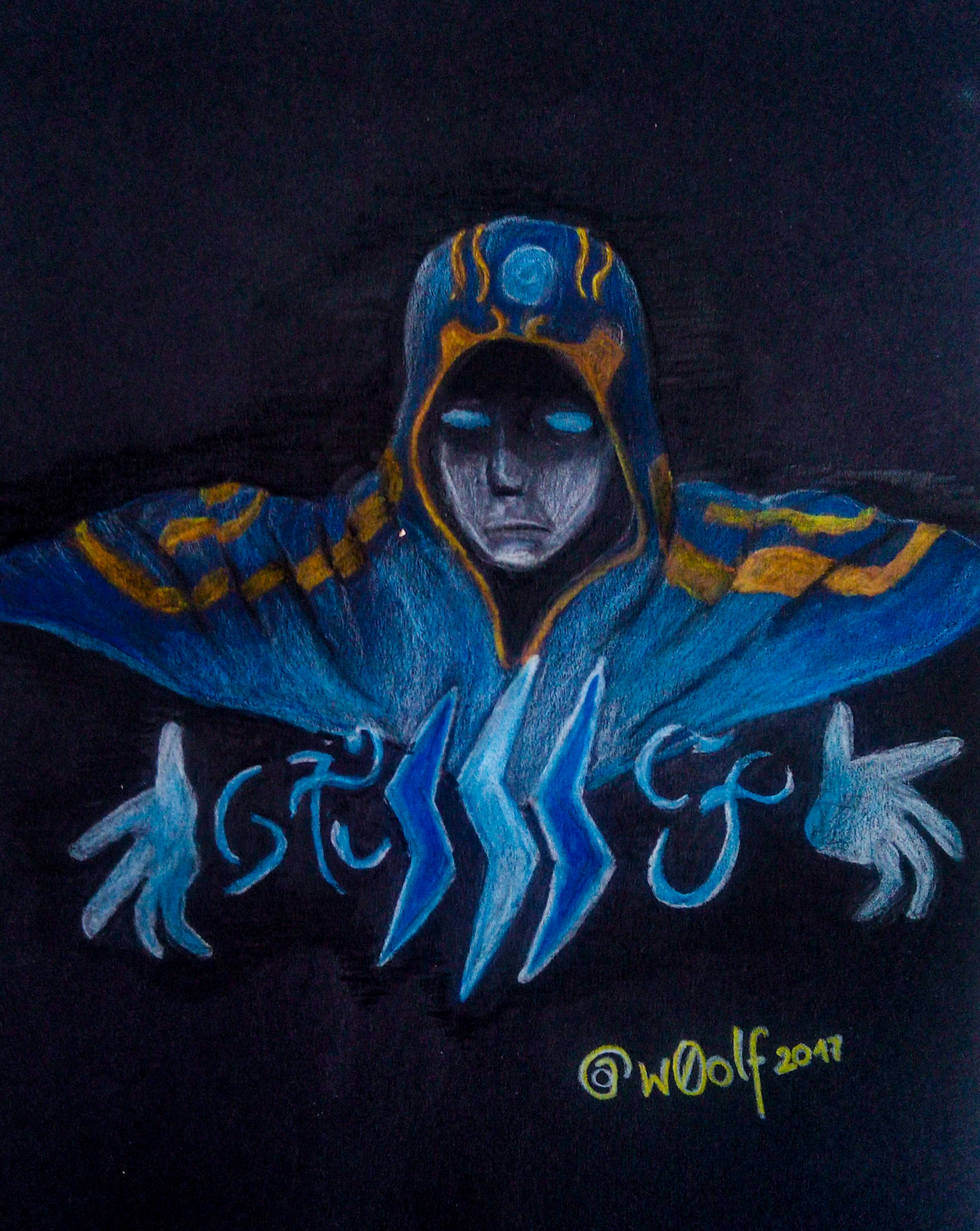 Jace Beleren is a very powerful and talented blue mind mage. He can project his thoughts and he's able to craft illusions.
But thats not all. The most powerful ability he has, is the exceptionally rare talent of telepathy. He is able to read the thoughts of others with almost no effort and that has made him special among mages. Because of the power he wields, Jace walks on a fine line between virtue and sin for most of his life and he often finds himself struggling to choose a path because of it.

Like I said, there is much going on in my life ATM, so I did this drawing in one evening. Wish I had more time...

Here are some WIP pics : 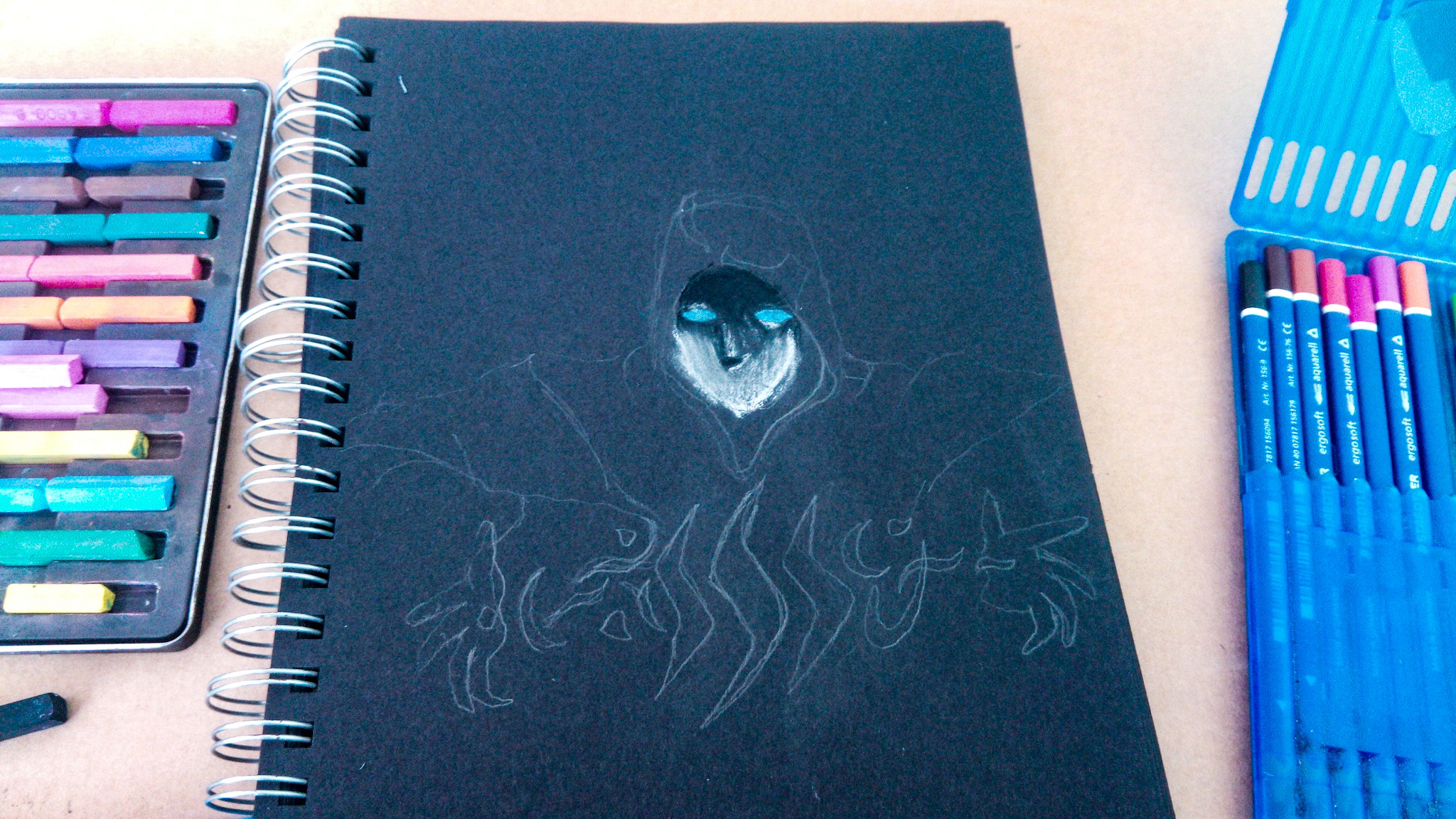 first I started with a pencil sketch then I used some crayons for colouring 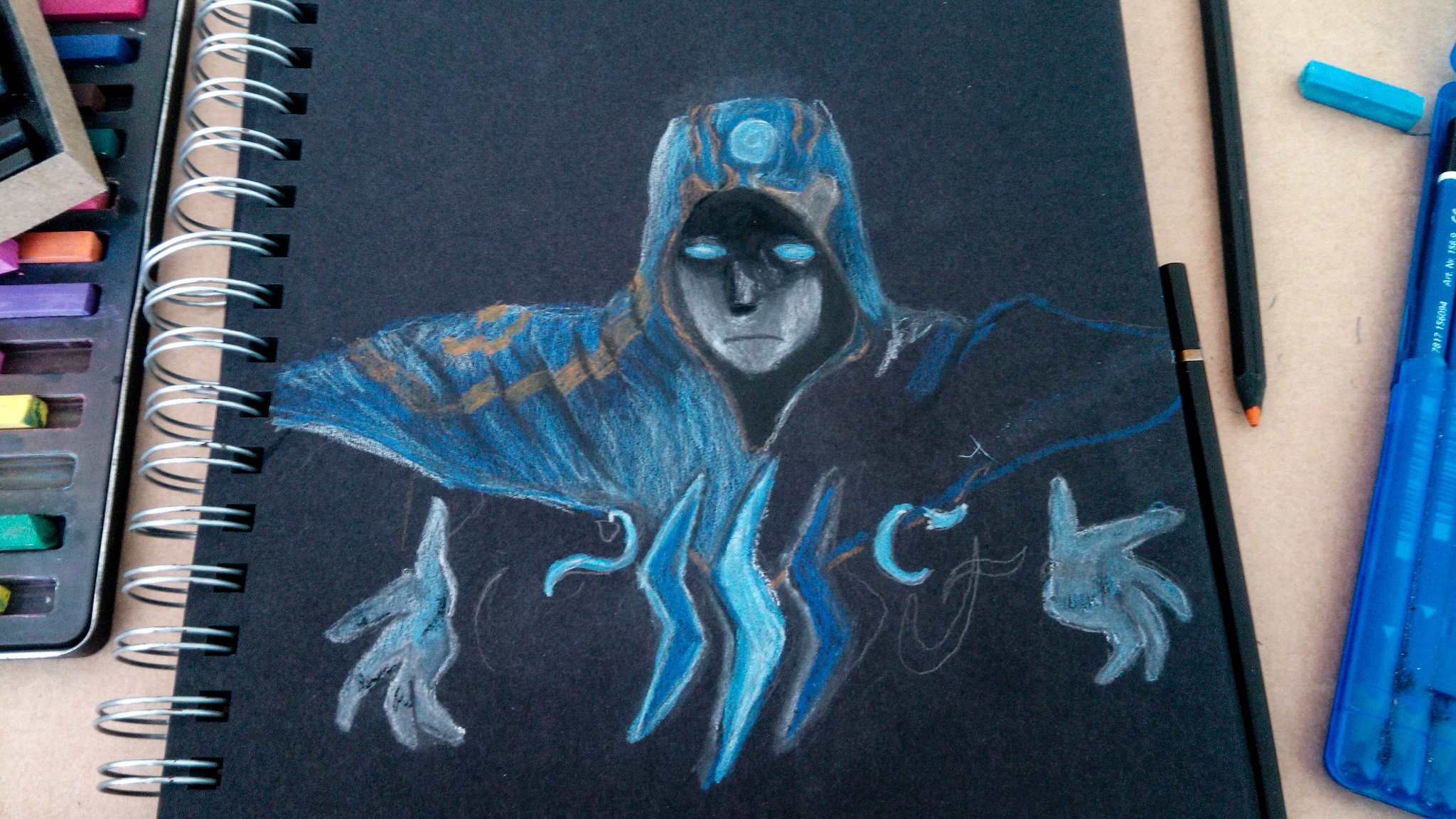 mixing it up with some aquarell pencils and give it a final touch with normal coloured pencils 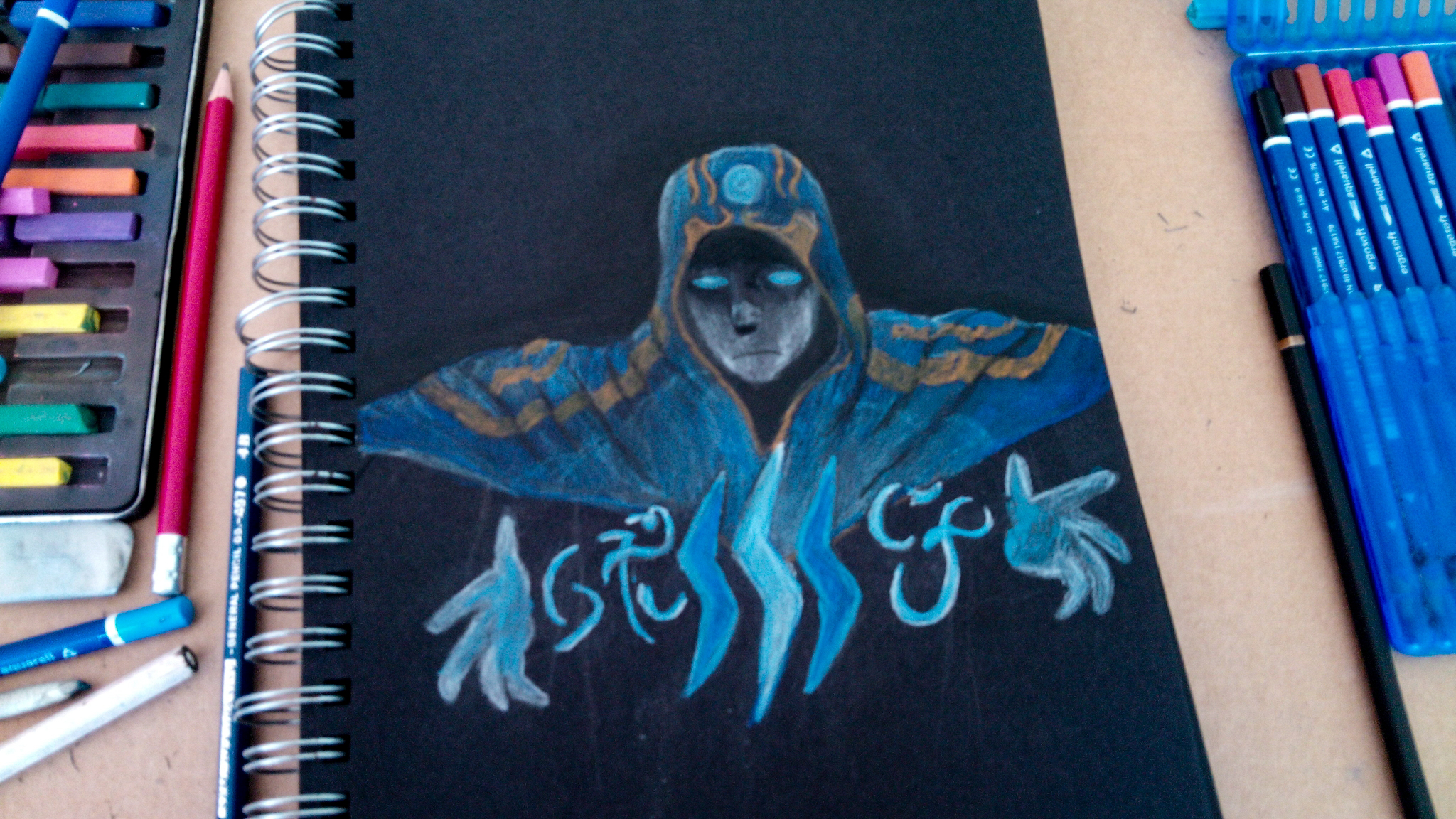 and that's the final outcome

Since I'm mostly doing pencil sketches, this was more an experiment for me ;) But I hope you like it anyway.

The trialbycomic contest is very cool, and there are so many entries way better than mine. Just have a look at them, and support the artists if I like what u see! :)

Have a wonderful day and steem on!

Nice work, what's the cryptomancer's message to steem?. I see he has steem at his hands, i suppose he is trading steem at the trading exchange :))

His message is "Keep on steeming guys!" ;) And he's just creating steem out of pure willpower :D

Great message, keep on steeming to all and support our steemit platform to the fullest :))

how long have you been drawing for? Its certainly great to see the transformation of your piece as you make your way through the process. and yea man you are right the @trialbycomics gets some GOOD submissions during their campaigns. They produce great content and you can always find something you fall in love with.

Yeah I'm so glad I found this contest! :) It really inspired me to grab my pencils and start drawing. This piece is made in one evening, I think in about 2hours while watching some episodes of avatar the last airbender with my fiance. ;)
Thanks to @kommienezuspadt I will draw more again in the future. I'm really looking forward to the next theme!
Thanks for your support @jakehorn87! :D
Have a nice day!

no worries. you too! The airbender series is incredible as well lol

This is awesome it looked like pastels. Thanks for sharing!

You should not spam... All your comments are identical. That's not good for your reputation...
For this time I don't flag your comment, bit please stop spamming posts. Even if they're old like this one... Cheers

You are judgmental of my way to connect with others! I am doing my best you do yours and stop trying to control everyone, its an effort to reach out at some level and see what kind of response I get, yours saying more about you, than me pasting a response to every one who follows me, and your wrong they are not all identical, some I add a comment where i find it interesting to me to do so!!!

Ey Mate, I'm not judging you at all. You can do whatever you want. It was just a friendly hint.
If I were judgemental I would just have flagged your comment after seeing that literally every comment from u is exactly the same ;) If you really want to connect with people on steemit, you maybe have more to say, and you could talk about what u exactly like on this post, or whats your opinion to that what the poster says. Something like that.

But u can do whatever you want, it's a free platform here :)

U judged minute us said spam, and like I said they are not all the same! im reaching out and as you can see I follow up with those that would like to chat more, so face your own process of labeling things without any thought, remember what we say about others is probably what we like least about yourself

mmmm is that circular thinking? or just word play? maybe a way the ego can ignore

just followed you first post of yours Iv'e seen this contest is awesome helping to discover talented artist on steemit I havent used those type of pencils in so many years so cool. I like your entry check out mine. https://steemit.com/trialbycomics/@isteemithard/thassa-god-of-the-sea-magic-the-gathering-drawing-challenge-by-kommienezuspadt-art-by-isteemithard Thanks, followed back. ;) Yeah love this pencils. But sadly this is one of my badest works ;) If u want, you can check out some other works in my blog or on deviantart. :)

The @resteembot users are a small but growing community.
Check out the other resteemed posts in resteembot's feed.
Some of them are truly great.