Howdy gang! Here we go, into week 15 of the Abandoned Shit Weekly Contest! This one is going to be a much easier one so that pretty much anyone and everyone can join. I look forward to seeing what kind of cool stuff is submitted for judging. Let's jump right in:

This is NOT a photography contest. The subject matter is what's being judged with the Abandoned Shit Weekly contest, not one's skills with a camera. Honestly, I just want to see some cool abandoned shit. lol HOWEVER, as with any photograph, the "wow factor" can certainly be enhanced with a technically sound execution. Simply put, winners won't be chosen strictly on artistry.

This week's theme = Freestyle! Anything goes!. Well.... ALMOST anything. It just has to be abandoned. Helpful Hint: the crustier, more grown-in, more dilapidated, the better!

Rule #1 = Your abandoned shit photo must be posted using the tag #aswcontest for one of your tags. This is crucial so that your entry can be seen/found!
Rule #2 = Your photo must be taken by YOU. If you take an imagine from the internet and use it as your entry into this contest, you will be disqualified and I will flag you.

Rule #3 = Only ONE entry per user, per week. Save some content for future contests! However, multiple images of the SAME object or place in your entry post is OK.

Rule #4 = Tell us what we're looking at! You don't have to write a novel, but let us know what the picture is of, and where you found it. That's the most interesting part! Equipment and camera settings can be included at your discretion, but is not necessary.

When = New ASW contests will start on TUESDAYS and will end at 11:58pm EST on SUNDAY. Winners will be announced on Monday with awards distributed then as well. I figure it's a good way to start the week!

HELP! - I'd really like this contest to become an established, weekly feature. Resteeming the official contest announcement post here would be a huge help in getting the word out, though you do not HAVE to in order to participate in the contest. I'm just asking as a favor. Also, just mentioning the contest in/on your entry post would help a lot! 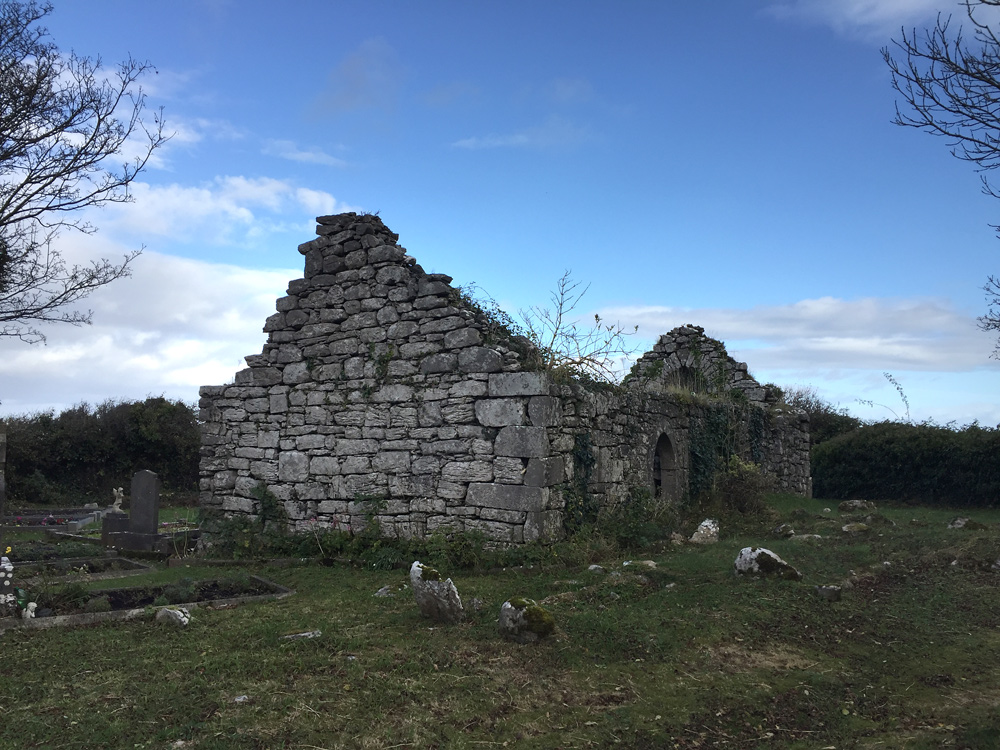 ^^^Here's the photo I used for the contest logo above. It's an old cemetery and church ruins we found near Galway Bay in western Ireland. The church is around 800 years old!

Make sure to follow @customnature to keep up with all Abandoned Shit Weekly Contest happenings!

I've come across several of the photos from this contest that I think are really great. But I'm concerned a little bit about the photographers and I'd like to respectfully ask you if you would be willing to put a little bit of safety information in your contest posts.

I live in a city with a lot of abandoned mills and grain elevators, and every couple of years some photographer makes a mistake, falls down a hole, and takes three days to die. I really don't want that to happen to any of the great photographers here.

All are great suggestions and I appreciate your concern. I'll upvote this comment strong to get it up to the top of the thread. Thanks for this!

I'm agree about it sir, maybe some of us is young (especially me), sometimes I invited my friend to join with me when I want to take a photo in jungle or dangerous place. but I am very happy because there are still people who cares about the others safety, and not selfish.
You are good person @tcpolymath
cheers for #humanity :))

Thanks you so much @customnature and @tcpolymath for the notice about the most important things than getting SBD/Steem, and it is a "Safety First". 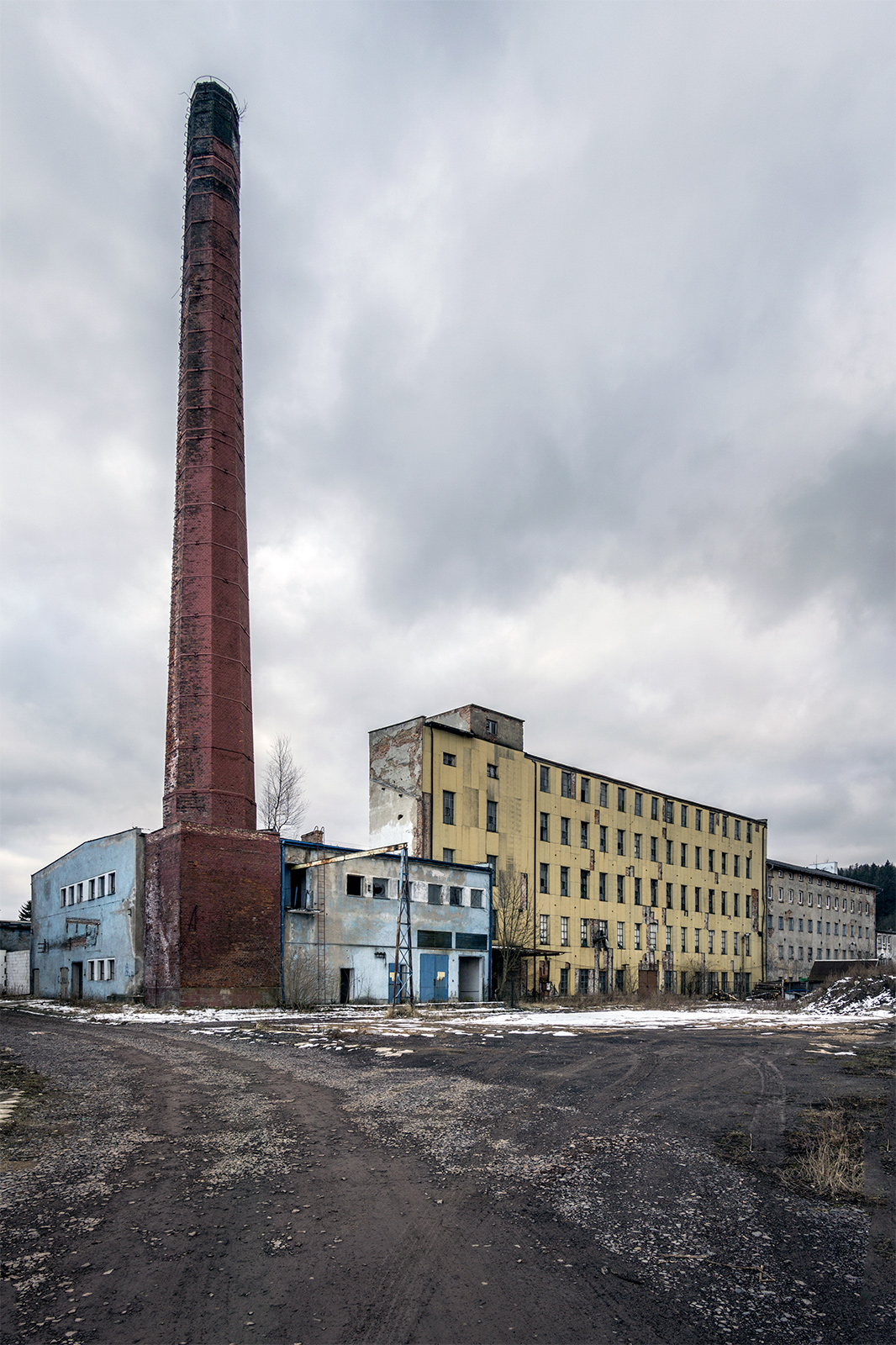 Yayyyy. Abandoned shit freestyle I am in. At least I can participate. It's freestyle hurray.
Resteemed

Ha! Best reaction yet. Can't wait to see what you find!

Wow thanks
My search garments are on and I am ready for the hunt.

Awesome contest I am going to seek out a subject.
Thank You for the creation! @customnature
Upvoted and resteemed

Looking forward to it!

I'm so pumped - have a treasure trove of abandoned shit content !! - are videos allowed as supplementary material added to the photos ?

This is the kind of reply I like to hear! Videos are welcome indeed. Cant wait to see what kind of stuff you enter!

Lol im working on the post now - tons of photos - only one video which is more than 5 years old - I deleted the original footage to save space - the video is bad - bad editing - bad visual effects - makes me feel good because I can now tell how far I've come - I will include a disclaimer - when I say it's bad I mean really bad - some pretty good pictures though. Looking forward to your thoughts on the post. Thanks for replying- all the best.

I found the original footage i was looking for. Ive literally been scouring thousands of videos and photos all day. Regardless of being for the post or not these are memories im so happy to have re discovered. Think ill re edit the video now!

I am also in for this theme @customnature...hope my stuff would be awesome...:)

I hope so too! I am expecting a lot of competition for this theme though. Good luck!

I just done mine
https://steemit.com/aswcontest/@opeyemioguns/weekly-abandoned-shits

Freestyle? Here we go. This is going to be interesting to watch! 😃

Thank you @customnature for this week's theme! You've kept your word :)

And here's my entry, I hope it qualifies :) https://steemit.com/aswcontest/@erikah/falling-apart-abandoned-shit-weekly-contest-15-freestyle

For this week contest, I'm taking you to secret place of Paris...

This is my entry: This is my entry for this contest : 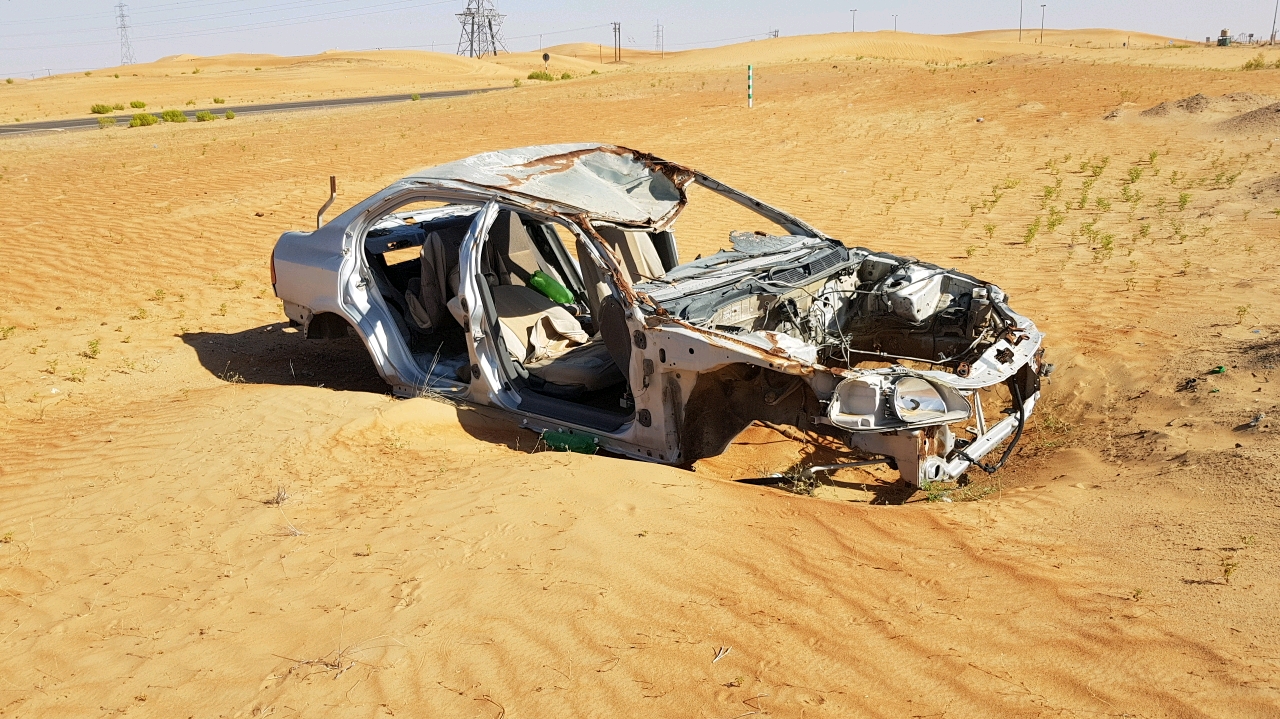 this is my entry to the contest:
https://steemit.com/aswcontest/@dianadvsalcedo/new-theme-abandoned-shit-weekly-contest-15-freestyle-aswcontest-or-abandoned-house

here my entry to the contest, I hope you like it:
https://steemit.com/aswcontest/@veronicasmb/nuevo-tema-abandoned-shit-weekly-contest-15-freestyle-aswcontest-or-mini-abandoned-disk Freestyle? So I have abandoned truck for you !

Here is my entry for this weeks theme- "Freestyle" This is my entry
https://steemit.com/aswcontest/@lisana92/abandoned-shit-weekly-contest-15-freestyle-aswcontest 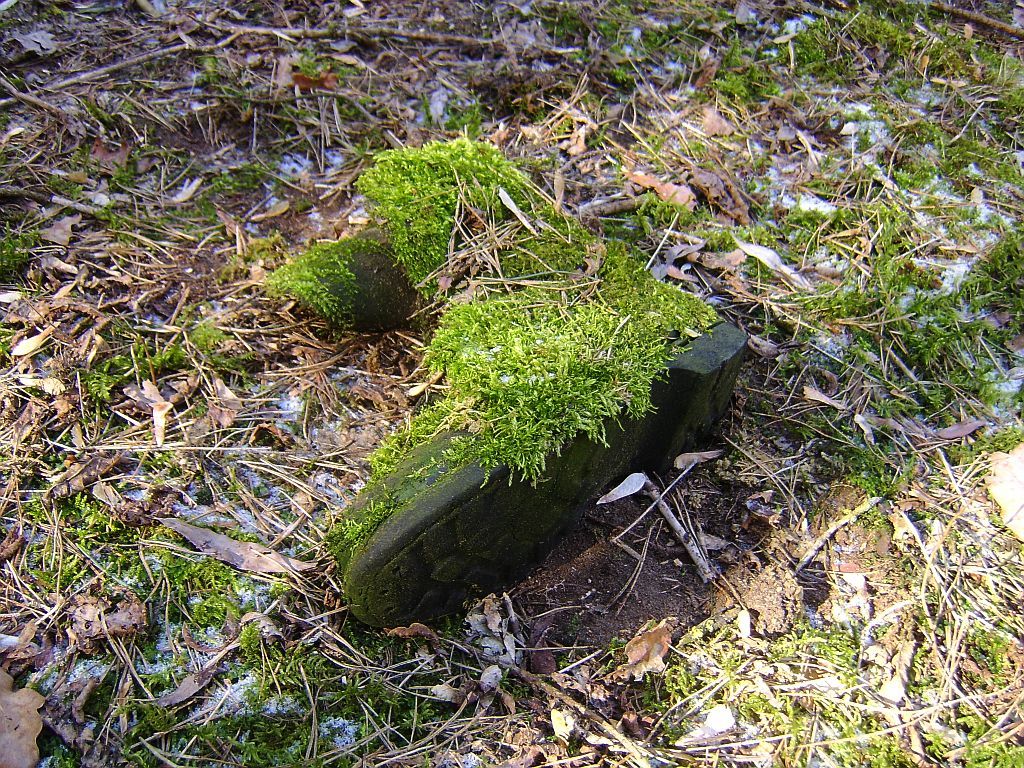 I will regularly create the list of contests in progress in order to give more visibility to the challenges and allow as many people as possible to play.

If you start a contest, feel free to let me know so I can add it to the list. Thank you for your work, sweet continuation :)

Hello @customnature, This is my entry to the contest At first thanks @customnature for creating such a platform so that we can share some untold beauty thats called abandoned shit.
Here is my entry.
https://steemit.com/aswcontest/@sharminwadud/the-ancient-abandoned-mosque

Here is my entry. Following, upvoted, and resteemed :-). Thank you!
https://steemit.com/aswcontest/@hippie-witha-gun/my-abandoned-shit-weekly-contest-15-entry-old-green-bus Very nice photography of your. This is very beautiful photo. Thank you for your post. Here is my entry for the contest :
https://steemit.com/aswcontest/@vee2180/abandoned-shit-weekly-contest-15-freestyle 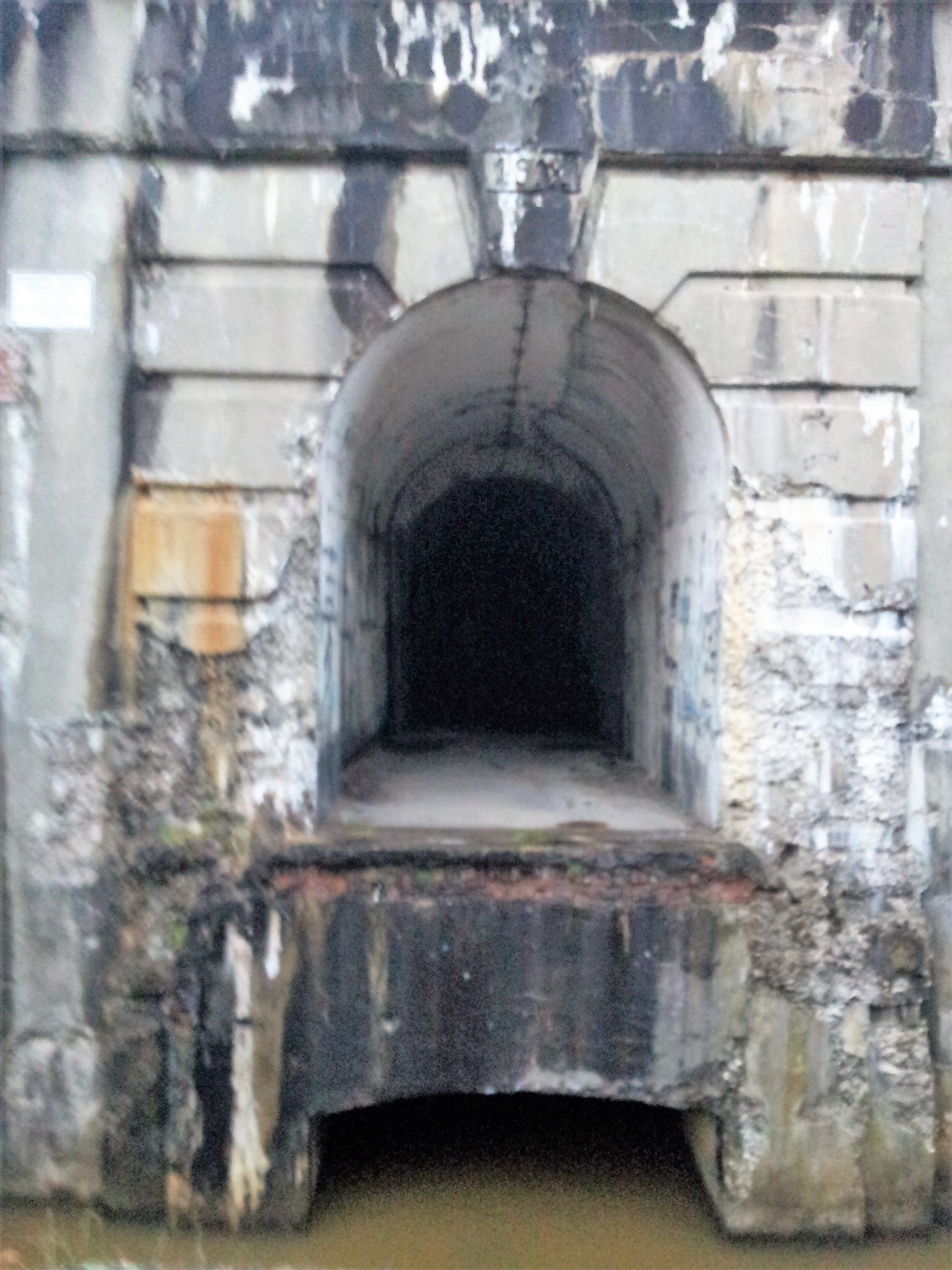 This is a old building from in the first world war , it's abandoned, and there is no bridge anymore,
I think it was a bunker, because it was in the middle of the woods, on a lake near a Millitairy base in Belgium Brasschaat

This is an interesting contest! I am in this week! My entry : 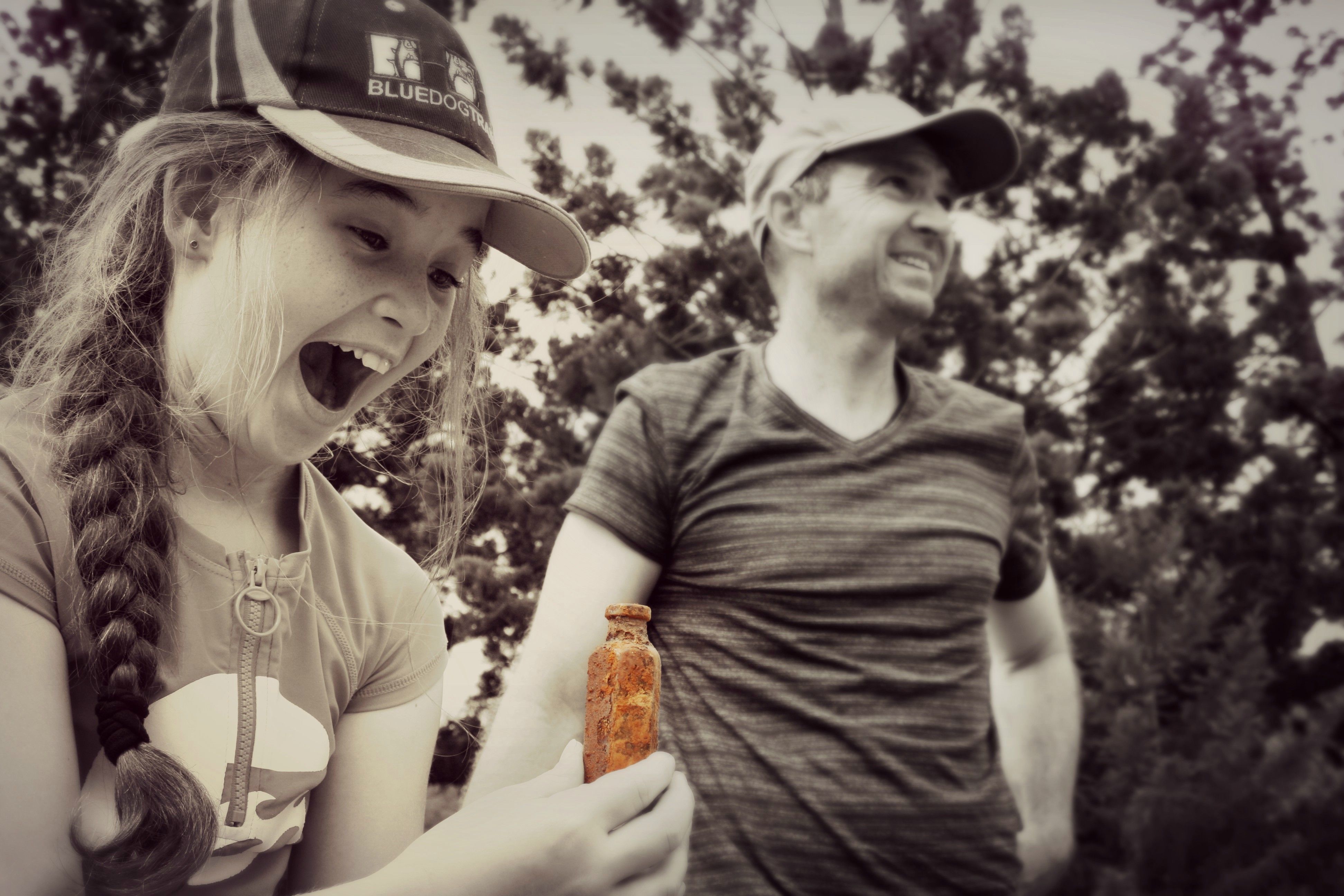 This is a little sanctuary behind an abandoned dairy farm in California. I really can't tell what it could have been...can anyone help?
I was thinking a fountain, but there is a door in front. So perhaps a burial site or something of religious importance? I love how the vines have taken over the structure. Honestly, my first thought was a small family plot/cemetery. I'd love to know what it is! That vines growing all over it is crazy.

yes very calou kalo like that, free to be creative, very helpful thank you

Hello this is my entry, I hope you like my participation. You can observe it and vote for it: HERE 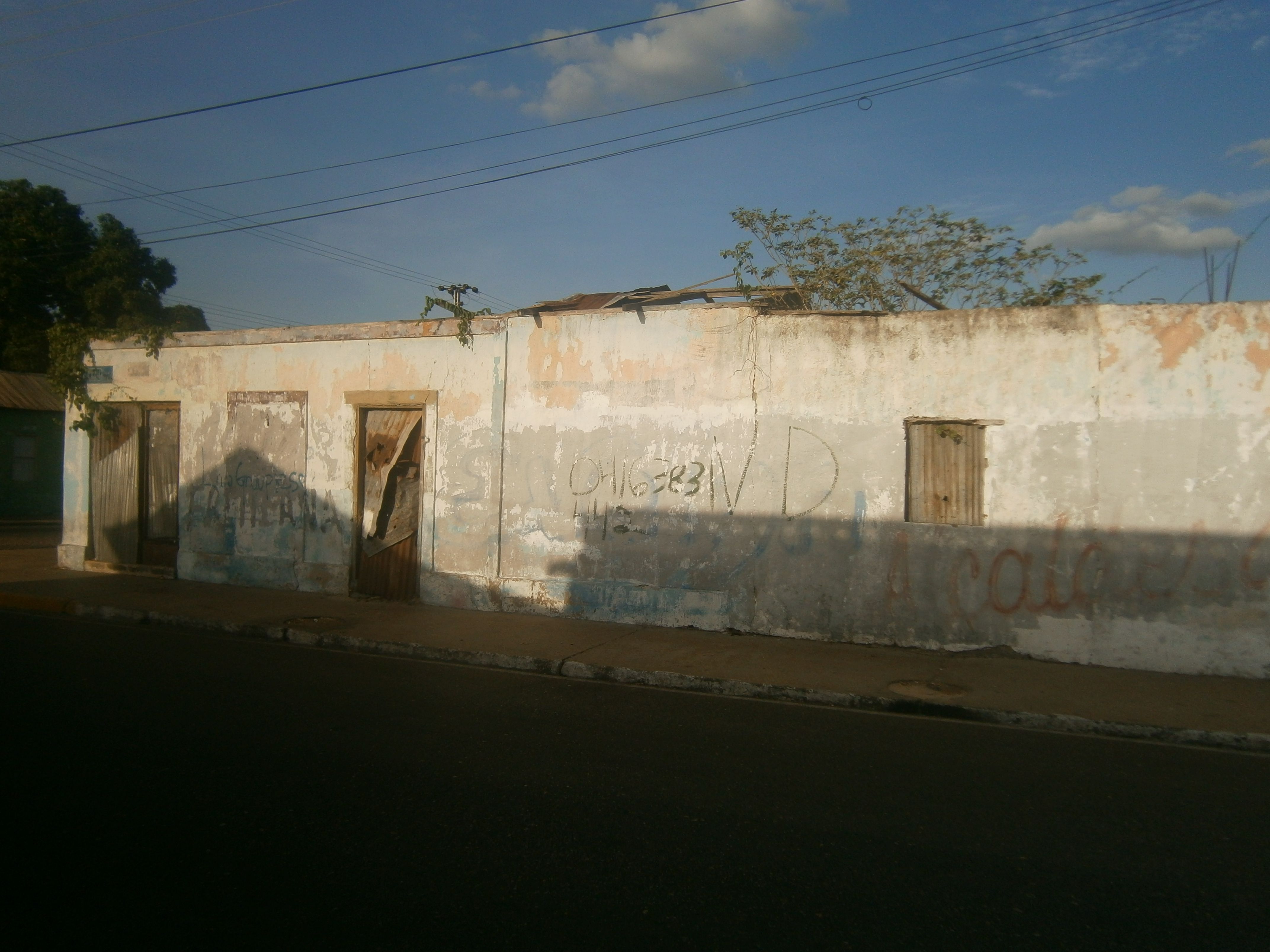 This my entry for contest

Can't wait to get into this contest

This is my entry
https://steemit.com/aswcontest/@moisdcs/abandoned-shit-weekly-contest-15-freestyle-aswcontest-garage

Good luck for u

It's interesting. The idea is terrific. Great photography has been done to get the right knowledge about using the lens and the use of camera lenses for good photography, because the use of the lens shows the picture of real and beauty.

That cool one really! Resteemed, full support and will certangly chime in :)

It is a great contest and here is my entry:

Have a great weekend!

Hello, this is my entry
https://steemit.com/aswcontest/@visabella/new-theme-abandoned-shit-weekly-contest-15-Freestyle-aswcontest

Hi @aswcontest been away for a little back i am back here is my link for this weeks - Contest - №.15 - 'Freestyle!' This is my entry:
https://steemit.com/contest/@gabriel.ncl/abandoned-hotel-in-the-middle-of-constanta-touristic-port-aswcontest-nr-15

Ferris wheel at abandoned attraction park in Elektrenai, Lithuania. Built in USSR times (last century) it is not operated from the end of 1990s but still remains not disassembled.
Very nice place for photoshoot and also bringing a lot of nostalgia from the childhood... Be sure to click on the image to view full screen!

This is my entry: This is my grand entrance.

Hey guys - Here's my submission - I very much hope you enjoy - I had so much fun putting this together. Thank you for doing this. Much love
E.

Good day @customnature, this is my entry. Freestyle? here is an unusual one to abandon in a middle of pradise :) TNX!

Hi there! I've found a little abandoned house and thought it would be good for this contest. Here's my entry. Hope you like it. This is my entry. https://steemit.com/aswcontest/@jenel/abandoned-building-somewhere-in-lapu-lapu-city

Here is my entry https://steemit.com/aswcontest/@ablaze/moss-is-the-boss-around-here Thanks for running this great contest..

Here is my entry link :) Hello my friend, this is my entry : https://steemit.com/busy/@mirfaner/abandoned-shit-weekly-contest-no-15-abandoned-office-in-lhokseumawe-city

Hi this is my entry

A NOT SO PLEASANT HISTORY WAITS YOU FRIEND @customnature

I hope liked you. See you: HERE Hi dear friend, this is my entry i hoper liked you. 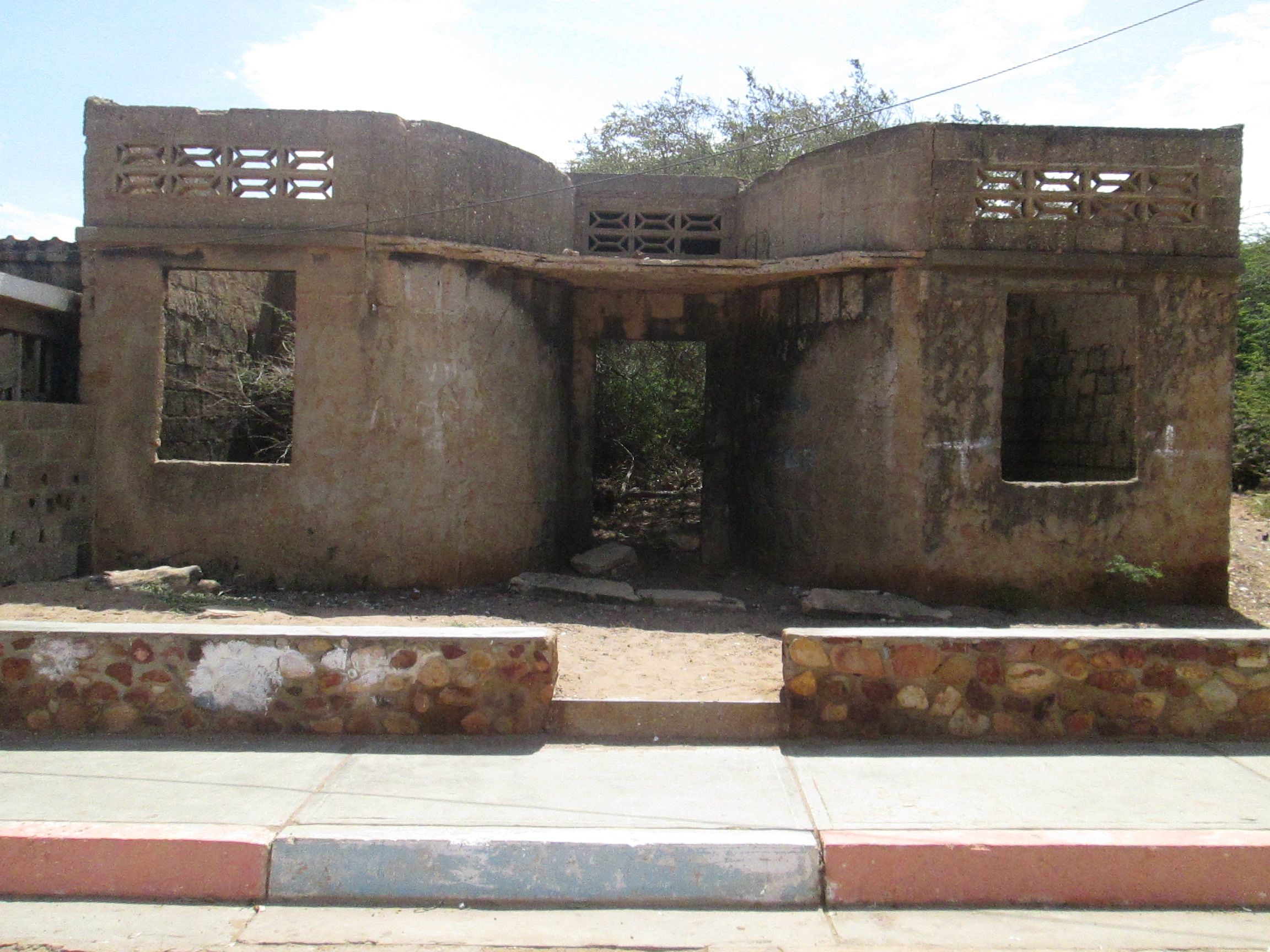 Know the truth about this haunted house...