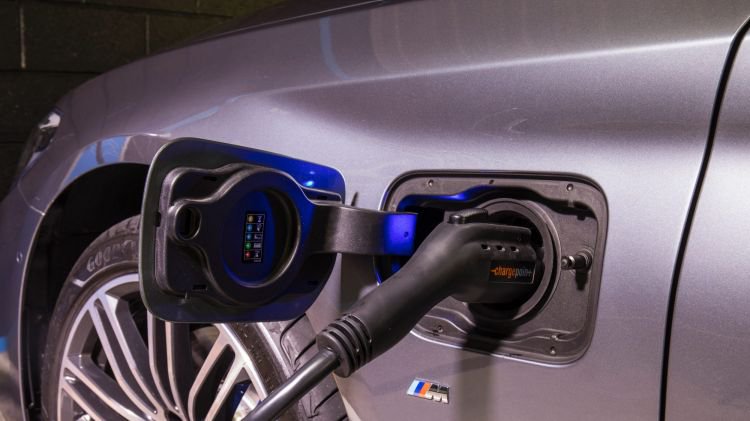 This story makes me very mad. BMW has basically come out as saying they will not sell pure electric vehicles to the Australian market unless the federal government steps in and gives them some handouts:

government-backed incentives, such as an investment in charging infrastructure, the deletion of stamp duty and luxury car taxes or lower registration costs, as well as long-term emission targets.

Basically to me this sounds like BMW admitting they can't compete and that they don't want to support their customers in any way apart from selling them a vehicle. Tesla have already said that they are happy to share their charging infrastructure with other EV manufacturers but they refuse the offer and instead are begging governments to build the infrastructure. And where pray tell will the money for the governments to do this come from? Well from tax payers of course. So basically BMW have decided to withhold their products until our government spends our money to build the infrastructure for their products before they will let us spend our money to buy their products. I think it's very clear where BMWs priorities lay.

I don't push this nearly enough however I do have a referral code for people who might want to buy a Tesla, using my code gets you the equivalent of [1] $700 AUD towards options and upgrades but more importantly it gives your Tesla unlimited lifetime free access to the Tesla Supercharger network: http://ts.la/scott1272

So when your crypto portfolio moons don't even consider a vehicle from scroungers like BMW, just order a Tesla instead.

What a crock of shit.

I hope BMW loses a massive slice of the market because of tactics like that.

I'll upvote this when I get some steem power back and resteem it now.

If Australia still had tariff protections they could tell BMW to pay up or F off.

Now it's it the opposite, big business says pay us or miss out.

I was going to buy an i8 but I can tell you right now I'll never purchase a BMW after this type of news, thanks for posting.

The crazy thing is BMW already have an extensive network of dealers and service centre around Australia that they could quickly and easily use to deploy a charging network. Tesla don't have that, they literally started from zero. BMW could even monetise the charging network if they wanted to (because electric cars require far less servicing so that part of their income is bound to decrease over time). I really can't understand why they require government (i.e. tax payer) funding just to sell products that people are queuing up to buy. It's madness.

@scottweston
It's more of BMW's loss more than anything else.
Having said that almost all western govts ( USA/EU) incentivize hybrid/EV vehicles , AUS govt for some strange reason doesn't encourage EV/Hybrid vehicles as a whole.

Example:
In California for the longest time if you drove a hybrid you could drive in the carpool lane even if you are driving alone.

I read an article this weekend in the SMH: Good Weekend magazine about Tesla. It was mostly pointing out that the future of automated cars is sort of cloudy. Many experts are actually unsure of the time frame of when it will become the tipping point into more automated than human drivers, but I digress. The article made the interesting point that Tesla hasn't yet made a profit since inception. Instead, they are betting on themselves for the future. They are pushing for their technology to do the talking. As far as my opinion is concerned, these old school manufacturers will only try for change if they can get it for free. I can't wait until I can get a Tesla. Perhaps a model 3 is on the horizon for me. It can fit a couple of big doggos in the back right?

I find it understandable that Tesla isn't yet turning a profit and I don't see that as a problem, they are heavily re-investing in the Gigafactory and new product development (Powerwall 2, Solar tiles, Semi truck, Roadster 2). It's still a young company when compared to the old guard but Tesla seem to be more in tune with what people want (just look at the number of Model 3 pre-orders). They have tapped into something and I'm just flabbergasted that a company the size of BMW can't see the change that to me appears so obvious and instead make moves that can only alienate/lose customers.

The Model 3 has lots of room in the cabin but it's not a hatchback so it really depends on how you like to travel with your dogs if that'll be suitable. I've had my Blue Heeler in my Model S a few times no problem, but she's only a medium sized dog... I guess it'll depend on if you mean Irish Wolfhound big or German Shepard big :)

And I was just thinking of getting a BMW...
Short term gain over Long term sustainability!

I have so much respect for Tesla as they practically said "stuff everyone esle" we will take the lead.