Duff in the greenhouse

Found this little thing earlier. I've seen Duff Beer before but never tried it so I got one and this evening I had it while pottering around the greenhouse. 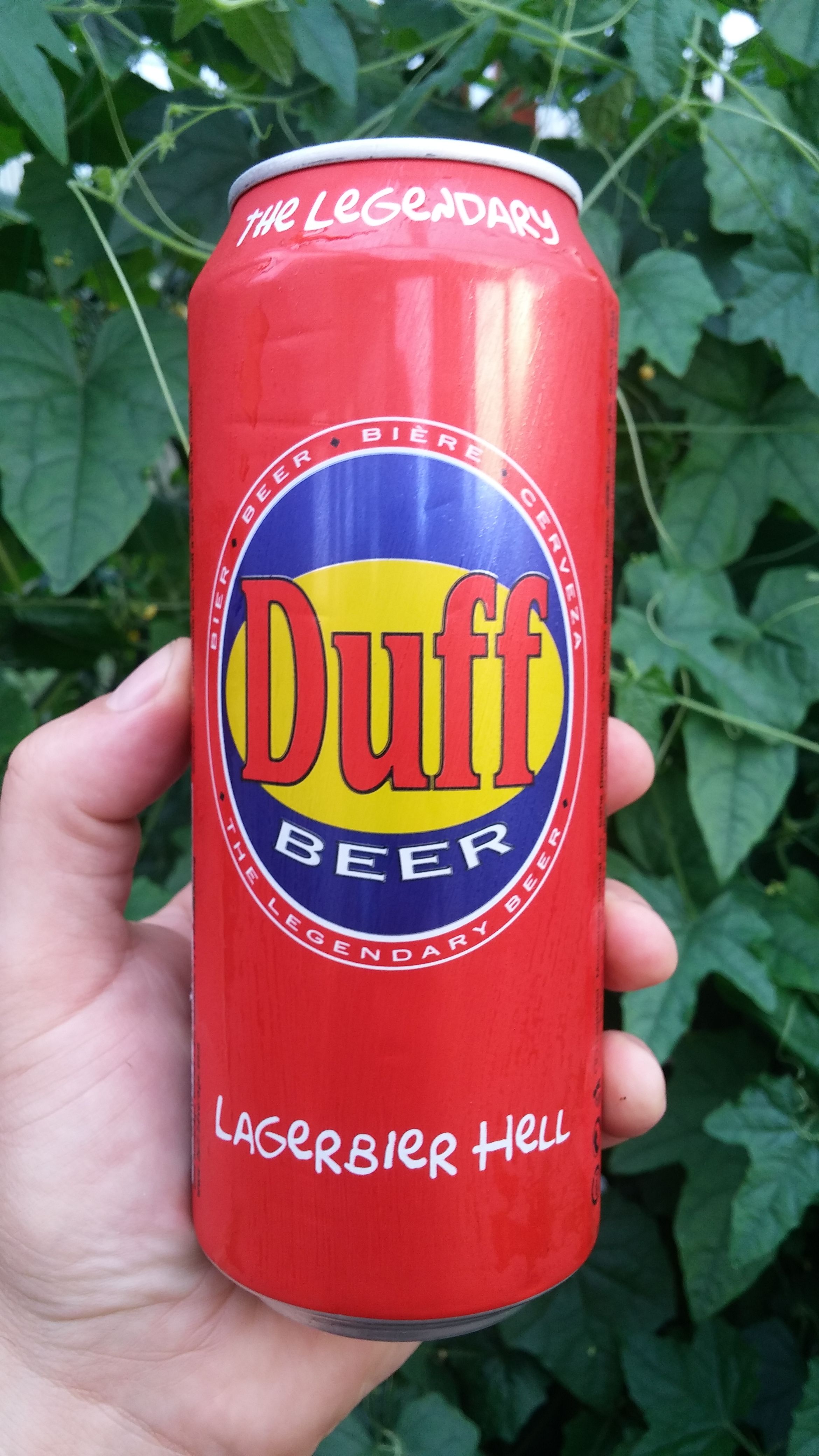 Won't really go into a lot of detail about this one. It's as expected; cheap macro lager. It pours with a tiny head that goes away far too early, sweet malty taste, too sweet actually, made me think of caramel all the time. It's clear, fizzy and it is... beer, I guess that technically there's nothing wrong with it but I don't ever see myself getting this again.

Now, to the greenhouse part... About a fortnight ago I've played bee. It definitely paid off as I have tiny mouse melons (cucamelons) formed and pretty much ripe. Look at the size difference between one that was pollinated and a female flower that wasn't. 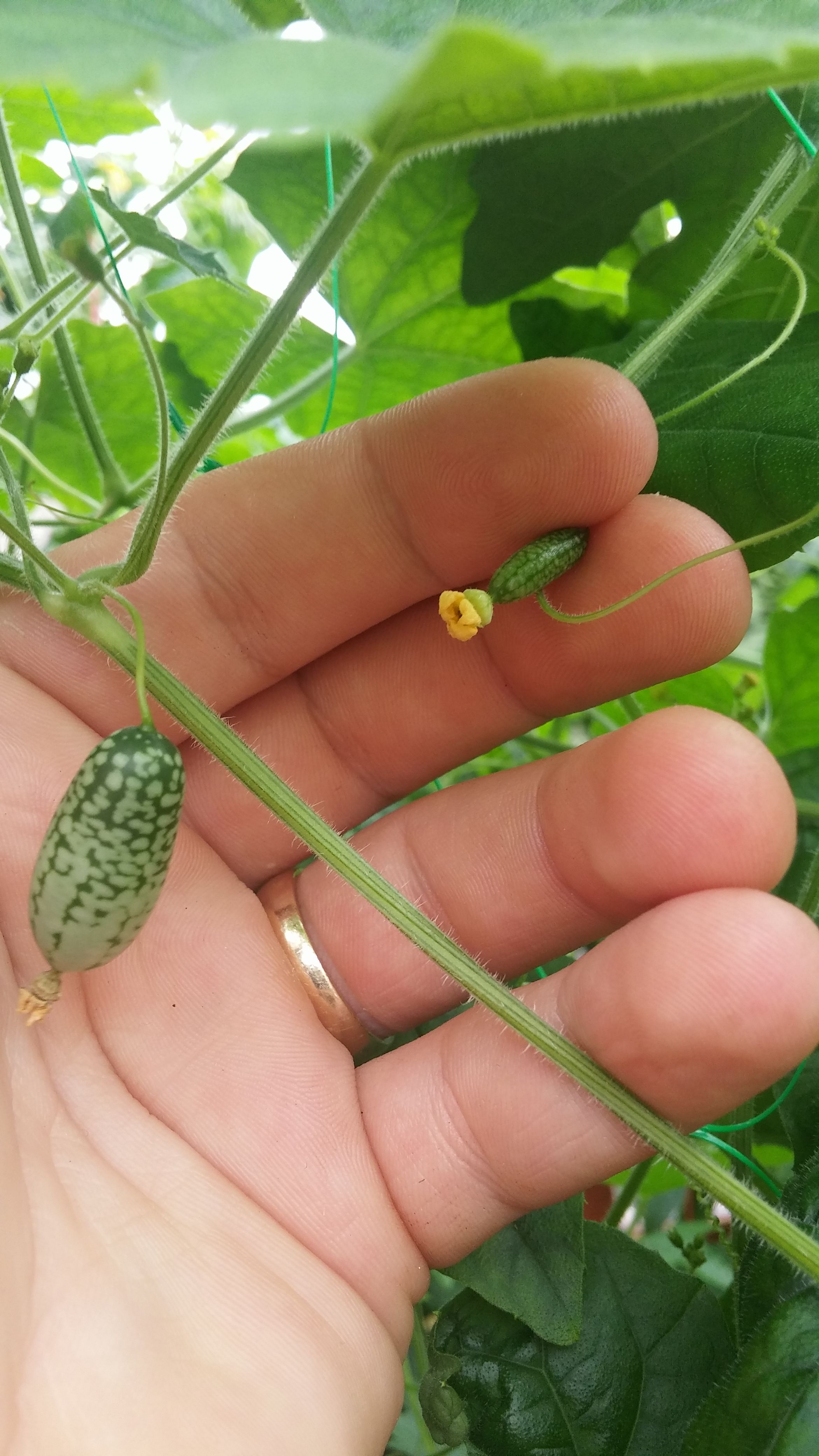 Also I think I've embarrassed the local bee population with my bee acting because they're actually coming into the greenhouse now and do their job, which they weren't until a few days ago. I've also got some lemon cucumbers fruiting now, looking forward to having some as I've never tried them. 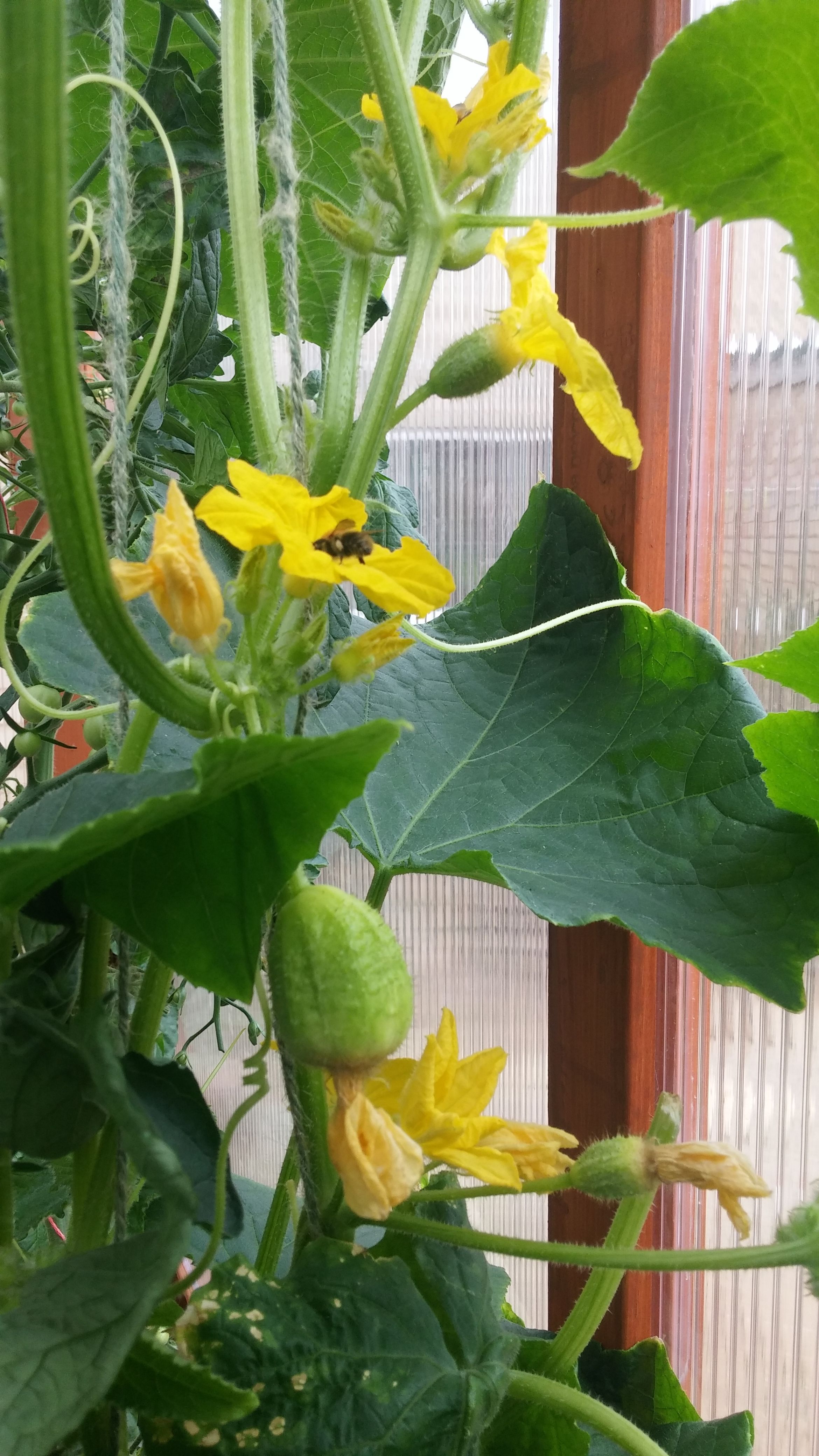 I have a problem with my peas though. Powdery mildew. From what I've read powdery mildew is plant specific so it shouldn't spread past the peas. Even though the bottom leaves are covered in thick powder, the new growth seems fine and they keep producing like crazy. Alright, that's it for now.

Congratulations! This post has been upvoted from the communal account, @minnowsupport, by Costopher from the Minnow Support Project. It's a witness project run by aggroed, ausbitbank, teamsteem, theprophet0, and someguy123. The goal is to help Steemit grow by supporting Minnows and creating a social network. Please find us in the Peace, Abundance, and Liberty Network (PALnet) Discord Channel. It's a completely public and open space to all members of the Steemit community who voluntarily choose to be there.

I wonder how long Duff will be on the shelves before they get sued.

Thank you!
I'm pretty sure the company brewing this Duff beer has a license to use the name; there's a few companies around the world selling/brewing Duff beer legally.

The Duff is awesome. I'd love to at least try it. My son would get a kick out of it.

It's great as a gag beer or present but once you have it, I don't think you'll return to it :)

Life is too short to drink bad beer!

Having a mediocre one every now and then makes you appreciate the good stuff :D

I agree! I love all types of beer. I drink whatever I'm in the mood for.

I tried the Duff beer from Lidl, it wasn't great haha

That's where I got mine from, we reached the same conclusion as you can see heh.

You've embarrassed the bees 😂 😂 If you need more, we have about thirty two thousand on our Lavender bush. Major Niggles has finally, after two very long yet hilarious years, realised that bees make bad food. Bad, bad food.

Hah!
Maybe we could train Major Niggles to herd or collect the bees for easy transporting. That would be a worthy accomplishment for the promotion to Lieutenant Colonel Niggles.