Passover and the Crimson Worm 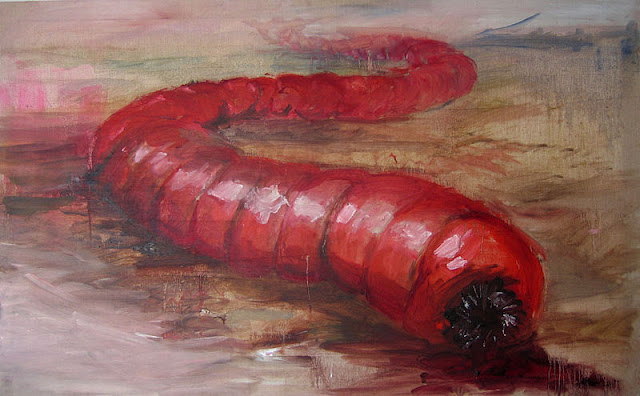 With Passover coming soon I thought it would be a good idea to tell you about the connection between Yeshua and the Crimson Worm, it is a beautiful and heart stirring teaching that I would love to share with you all, so here goes.

Psalm 22 is a beautiful psalm that tells about the suffering and death of Messiah long before he actually gave his life upon the cross. Verse 1 says, “Eli, Eli why hast thou forsaken me? …” In the gospels of Matthew 27:46 and Mark 15:34, Yeshua cried out the same words while hanging on the cross. In verse 6 of Psalm 22, Yeshua says something odd: “But I am a worm, and no man.” What precisely does he mean by saying this?

The Crimson worm [coccus ilicis] is a very special worm that looks more like a grub than a worm. When it is time for the female or mother Crimson worm to have babies (which she does only one time in her life), she finds the trunk of a tree, a wooden fencepost or a stick. She then attaches her body to that wood and makes a hard crimson shell. She is so strongly and permanently stuck to the wood that the shell can never be removed without tearing her body completely apart and killing her.

The Crimson worm then lays her eggs under her body and the protective shell. When the baby worms (or larvae) hatch, they stay under the shell. Not only does the mother’s body give protection for her babies, but it also provides them with food – the babies feed on the LIVING body of the mother!

After just a few days, when the young worms grow to the point that they are able to take care of themselves, the mother dies. As the mother Crimson worm dies, she oozes a crimson or scarlet red dye which not only stains the wood she is attached to, but also her young children. They are colored scarlet red for the rest of their lives. 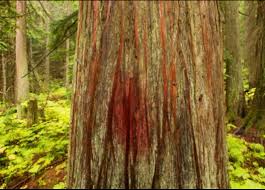 After three days, the dead mother Crimson worm’s body loses its crimson color and turns into a white wax which falls to the ground like snow. So what did Yeshua mean by saying “I am a worm”? There are a lot of ideas what Yeshua might have meant, but nobody really knows for sure. However, it is very interesting that, just like the Crimson worm, Yeshua sacrificed or gave up his life on a tree so that his children might be washed with his crimson blood and their sins cleaned white as snow. He died for us, that we might live through him! Let us remember the words of the prophet Isaiah here as we come to a close..
“Come now, and let us reason together, saith YHWH: though your sins be as scarlet, they shall be as white as snow; though they be red like crimson, they shall be as wool.” Isaiah 1:18

I hope you all enjoyed this teaching as much as I did and YHWH bless you all!!!

You got a 34.14% upvote from @payforplay courtesy of @avisiondarkly! Thanks for using our service. If you would like to share in our profits, consider delegating steem power to @payforplay. We are currently sharing 85% of our rewards with our delegators. Steem power can be delegated here: https://steembottracker.com/delegation.html