My Birthday Tree: The Evergreen Pear

We have 4 seasons in Southern California just like everywhere else only ours are Earthquake, Fire, Mudslide, and Riot. This year, we’re a bit off and Fire came late with Santa Ana winds blowing in from the desert in December and even into January (instead of their usual September and October... which we still had last year).

Thus, I wasn’t surprised that my birthday tree wasn’t in bloom on my birthday. You see, the evergreen pears all over LA normally light up in bright white glory for my birthday every year and start dropping their petals on the ground as the closest thing to snow we see without heading to our nearby mountains.

Not this year. For my birthday, these trees were green. I know, can you believe it?!? Green trees in February!

One year I was in NYC in mid-April on my son’s birthday and was happily surprised to see the evergreen pears in bloom. He’s now in college (university) in NY so we share our birthday tree.

Happy belated birthday to me from the evergreen pear trees of Southern California! 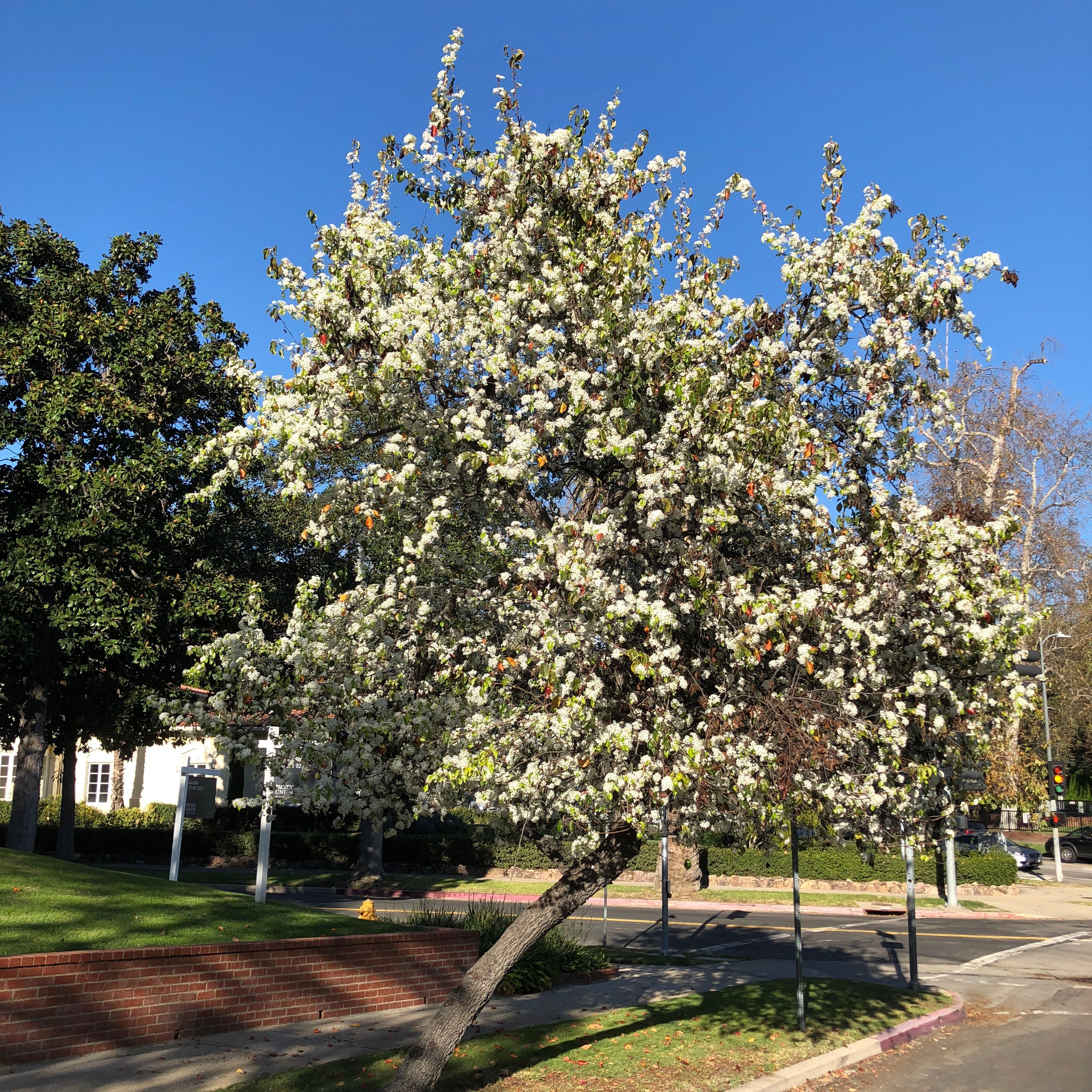