The combination of banks and the blockchain: the challenges that have been overcome 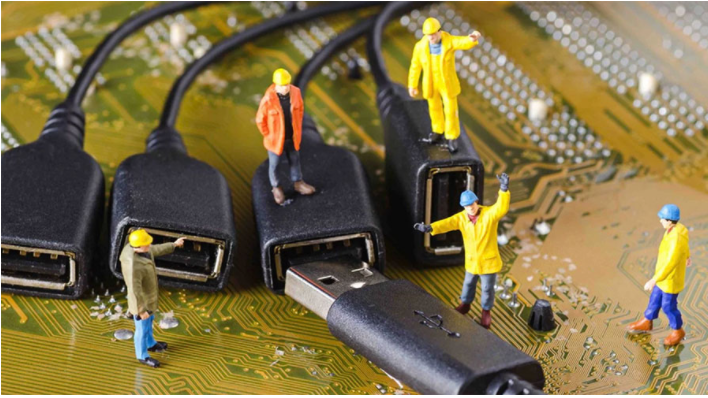 Runaway Comment: The blockchain distributed ledger technology has the potential to revolutionize the financial industry, yet the legacy of bank infrastructure and tens of billions of dollars in capital construction make it a long time to move in and out. However, banks with slow technology upgrades have made some technological breakthroughs, and the difficulty of integrating with blockchain technology has declined. The blockchain, which relies on a huge computer network, fails to consolidate the vast network of banks in the first place because of the complexity and making payments a breakthrough point. And payment will also be the fulcrum of breakthroughs in the application of blockchain technology.

John Whelan is head of Blockchain Labs at Banco Santander and specializes in blockchain applications, distributed ledgers and smart contracts for the financial industry.

The following is an exclusive release of CoinDesk's 2017 in Review report.

Over the past few years, the speculation about the potential of the banking sector to transform blockchain technology (or, indeed, distributed ledger technology, DLT) has been huge.

The reason for this hype is profound: DLT gives us the opportunity to rebuild the financial industry.

In the next few years, we will shift from a system of many banks and many books (including all checks, central clearing houses, audits, etc.) to a simpler, multi-bank system with fewer books and reconciliations will be automated. Central Clearing House may no longer be necessary, regulators will also view real-time risks and trends throughout the industry.

But if this change really took place, it would take a long time, for the simple reason that the legacy banking infrastructure and already invested tens of billions of dollars in infrastructure.

Core banking systems are now designed for security and are therefore very secure and stable. But at the expense of flexibility, however, the friendliness of interoperability with other technologies is poor.

Fortunately, however, the core banking system's APIs have been upgraded to the REST specification over the past few years, with some even supporting the WebSocket protocol.

So the convergence of the DLT platform with the core banking system can be relatively straightforward, although underlying DLT network topologies, architectures and security issues are still underway.

The key to any successful integration is the minimization of complexity.

Some use cases and transactional processes (such as currency exchange transactions) are complex and involve 20 computer systems. Although there is great potential for DLT applications, they may not be the starting point for the first real money pilot.

Other transactional processes, such as cross-border payments, are simpler and these applications may be the closest to production.

So how will the consolidation work? At Santander, our blockchain lab began building prototypes and addressing specific business issues on some DLT platforms (Ethereum, Hyperledger Fabric, R3 Corda, etc.).

Next, we will plan out the process of building the use cases, and then spend two or three months full assault, developed enough to showcase the powerful applications.

If business leaders like what they see, they will support the application going to the next stage: Pilot.

We say "pilot" refers to the application of the real money system, but small-scale (pilot phase is the bank IT team, enterprise IT and operations team, security and infrastructure fully involved).

In this way, we will make an architectural and security monitoring of the prototype application and identify all the necessary changes before embedding in the bank's pre-production environment.

But because we are already building a core bank simulator, connecting to a real core banking system is obviously a bit easier. These integration pilots will cost us 4 to 12 weeks, depending on the workload.

Once the integration pilot is completed, the next step is to conduct a series of tests as planned. Find and resolve the vulnerability in the test.

In practice, this is not too hard and the two systems work well together. In fact, it is very good.

A hypothetical example of a decent consolidation process might be a killer application of digital cash, the currency of fiat support, that supports micro-payments, digital content-per-download, natural expansion of the Internet of Things, and machine-to-machine economics.

Digital cash is not a new concept, it has been tried before. The gateway to Ripple was the beginning in 2013, after which BitAssets supported a stable currency with illicit currency assets.

The recent white paper phase of basecoin, in theory, can create an algorithm-based stable currency. Although we are waiting for the central bank to issue the digital version of the central bank's currency (very likely, but not likely for quite a long time), the current commercial banks can continue to push this project forward.

So, how to integrate a stable currency supported by the French currency?

First, we will identify the components and integration points for a simple tokenized digital cash system:

User Wallets: Users sign up for their blockchain wallets on the digital cash platform and at this stage complete understanding of customer needs (KYC) checks. Need to integrate KYC system.

Escrow Account: A bank account that brings together different users' funds. The distribution of these funds is conducted on a distributed ledger.

Tokenizer Tokenizer: Interface between the core banking system and the blockchain, which finds incoming items in escrow accounts and creates equivalent digital tokens in user wallets. Dealing with tokens, triggering the destruction of tokens, and the transfer of real money from escrow accounts to user bank accounts.

Trading: These happen directly between user wallet on the blockchain, and do not need consolidation, although regulation may require KYC and AML screening in advance for deals above a certain amount.

From a technical perspective, building digital cash applications is straightforward.

Few need to integrate with the core banking system. Most of the work done by "tokenizer", both KYC and AML, can be done under the chain as needed.

Of course, there are many legal and regulatory challenges that need to be addressed before the fact that digital cash backed by banks becomes a public link.

But realizing the true potential of the blockchain, especially smart contracts, as part of the lives of 7 billion people around the world, it is a necessary step to achieve a tokenized version of real money.

Indeed, some aspects of the technology are not enough to support digital cash on a large scale. But the good news is that, at least from a consolidation point of view, it may not be too hard to create a stable currency backed by the currency.

In fact, maybe this is the easiest way to integrate.

You got a 0.41% upvote from @upme requested by: @mrtrieu.
Send at least 2.5 SBD to @upme with a post link in the memo field to receive upvote next round.
To support our activity, please vote for my master @suggeelson, as a STEEM Witness

Thank you @mrtrieu for making a transfer to me for an upvote of 0.52% on this post! Half of your bid goes to @budgets which funds growth projects for Steem like our top 25 posts on Steem! The other half helps holders of Steem power earn about 60% APR on a delegation to me! For help, will you please visit https://jerrybanfield.com/contact/ because I check my discord server daily? To learn more about Steem, will you please use http://steem.guide/ because this URL forwards to my most recently updated complete Steem tutorial?