Recent reports regarding the corruption of State Bank's Corp.

Recent reports regarding the corruption of State Bank's Corp. 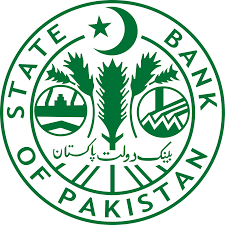 If there is a route and then President Zardari will sign it, then it will be treated illegally. And yet nothing has happened, it is a warning that State Bank has issued its subordinate banks to stop the transactions used in buying currency exchange exchange. Why stop because you can understand all the better that the horse will eat grass if he will eat, in this whole note, corruption anywhere is not legal legal agreement

It has been written that it is not accepted by the government, and they do not have a legal status, that is, they are legally non-league. Shia is also a big fight between world banks and corruption currency, and the banks are fighting with their own existence

Secondly, corp money industry is not so light as some people are getting it. Attempts to control it all over the world are successful in some countries and people of this industry have filed a petition in the Lahore High Court and have heard it. Hopefully the results are good. Shallah Allah

And the third thing is to ban corporation's corruption. The vast majority of people do not have much money, so many countries eventually come to regulate it after all the efforts. Because the proxy can be transmitted from anywhere, and it is very difficult to control it.

Congratulations! This post has been upvoted from the communal account, @minnowsupport, by amrantaj from the Minnow Support Project. It's a witness project run by aggroed, ausbitbank, teamsteem, theprophet0, someguy123, neoxian, followbtcnews, and netuoso. The goal is to help Steemit grow by supporting Minnows. Please find us at the Peace, Abundance, and Liberty Network (PALnet) Discord Channel. It's a completely public and open space to all members of the Steemit community who voluntarily choose to be there.