🚀 The Rocket Is Primed Now We Just Wait On... 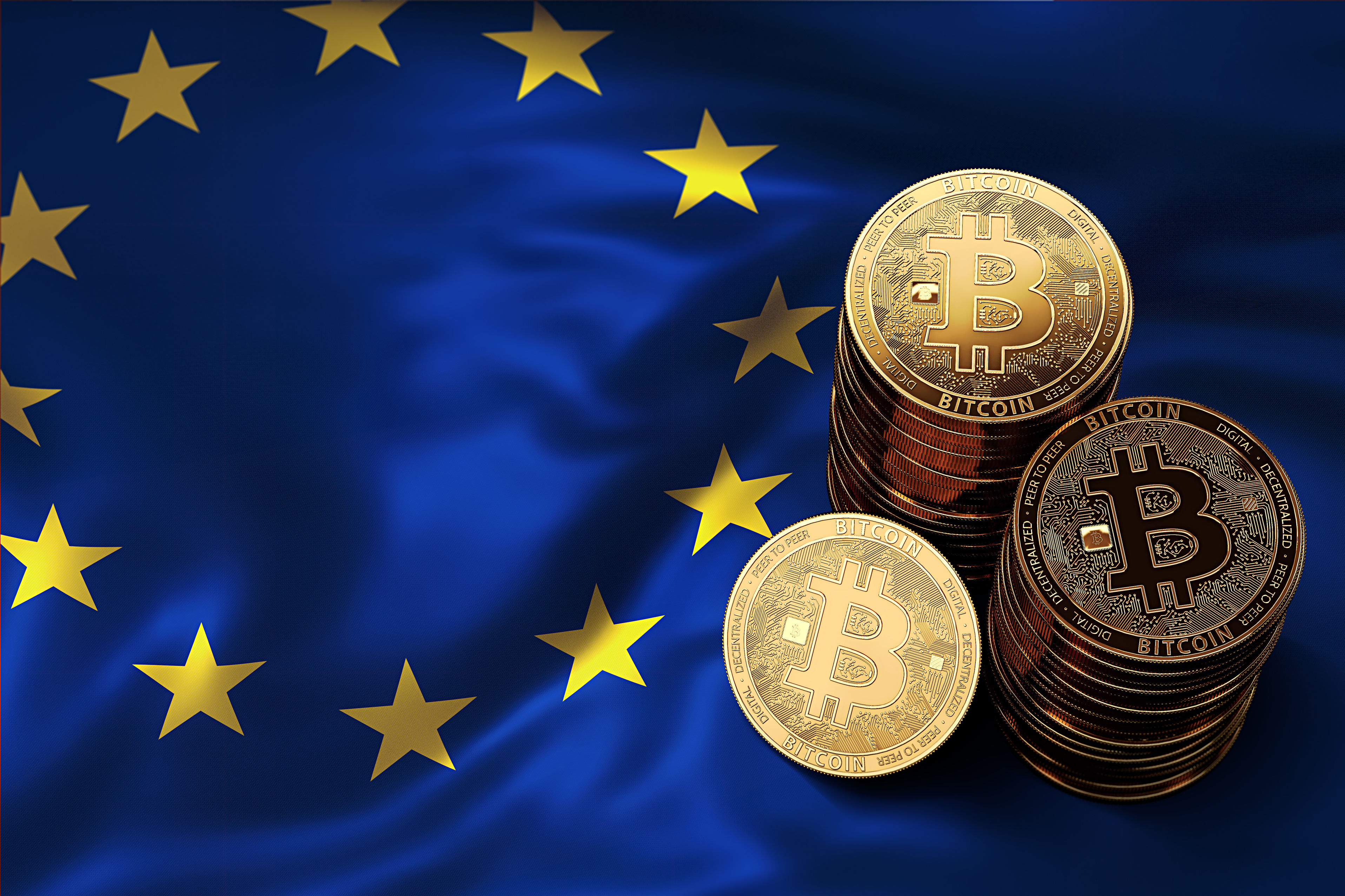 A horrible name most of us in cryptocurrency have come to hate.

However if we truly want to see cryptocurrency go mainstream and really be fully adopted into our lives and regulations are what it is going to take.

Regulations will mean nearly 70 trillion dollars will be up for grabs when it hits main stream.

To put this all into perspective if bitcoins marketcap was 1 trillion right now it would be worth about $59,000 per bitcoin.

Regulations will make it possible for bitcoin to hit such numbers and without it we wont ever see them as much as we would like to hope so. To much money is simply tied up in markets which is making it impossible for it to grow into cryptocurrencies. Those with billions of dollars have their hands tied and unable to enter crypto markets without the regulations.

While most banks are fighting this one is shinning on top called Goldman Sachs which is currently pushing forward with getting it regulated and ready for trading.

For some reason though the fight is still on about how bitcoin is used for illegal activities. But to that I say WTF paper money is not used for illegal actives every single day and paper money has no way of being tracked. At least bitcoin does hold a crypto trail. If anything cryptocurrencies which are not totally anonymous hold better security and tracking abilities then our current fiat system.

When do you feel like crypto adoption and regulations will happen? Will it be this year?

Regulations help to maintain cordial and general understanding.
Since the year is still a couple of months to go and anything can happen actually.

As much as i hate regulations we ll have to accept them at some point for the freater good.
I don't think it is going to be this year as there is still no mass adoption.But mid 2019...

Last year we had a crypto hype with the 'common people'.
If it surges again than year will be a lot more FOMO this time.

This is inspiring and promising news! And since we are the early birds, I hope we'll become seriously wealthy from believing and supporting cryptocurrencies from inception.

Some of the big nations are already making the moves... I can't remember where I saw this, but in Russia they are trying to craft all the rules needed not only to embrace the current cryptocurrencies we all know, but also create one of their own.

As you say, as much as we hate the idea of "regulations" they do bring legitimacy to the idea. Cryptocurrency went from a delusional idea crafted by nerds to an investment for those with steel steel guts and its currently on its way to be in the same shelve as stocks, at least in the eyes of the world.

I'm slowly starting to agree more and more with some of the regulations that are being introduced to crypto, however I do think some companies (COINBASE..) regulate their customers unfairly and hold back their funds for long stretches of time without much explanation.

I never had that happen to my account can you explain a bit?

I sold down some ETH to GBP on my Coinbase account and I can't withdraw it because Coinbase need me to verify my bank account.

To verify your bank account account you need to send a small payment to Coinbase's Estonian bank account in Euros by SEPA/SWIFT. With my bank it costs £29.00 to do this and Coinbase recommend you send approximately 6 Euros. So it means you have to spend nearly 35 quid just to get your account verified.

And after all of that hassle I still sent the payment but guess what!? Coinbase no longer accepts deposits from my Bank so it was declined and I need to set up a new bank account just to withdraw my money.

I'm not blaming this 100% on Coinbase but it is very frustrating and their customer service/support team is awful considering how big a company they are and the amount of money they are dealing with on a daily basis.

sounds pretty normal to me...

As long it is the right people making the regulations, that's fine with me...
If it ends up being an "us" vs "them" scenario though... That will either be really good.. or very... intense..

It's hard to know just what type of "regulations" people are screaming out for.... seems a bit of a self-fulfilling prophecy. For ICOs it makes sense but I really would like to see the market figure itself out.

However if we truly want to see cryptocurrency go mainstream and really be fully adopted into our lives and regulations are what it is going to take.

Absolutely right about this

Japanese representatives will push for the adoption of global rules on cryptocurrencies at the upcoming G20 meeting in Argentina. Next week, the summit will gather finance ministers and central bankers in Buenos Aires. Other countries also want to put crypto matters on the table, with signals coming from key members of the European Union. You can read more here https://news.bitcoin.com/japan-to-call-for-crypto-rules-at-the-g20-summit/

We'll definitely see more regulations especially since bigger companies are starting to partner with coins/tokens and look to crypto as the future. Regulations need to be done right though unlike the current fiat system though it'd be quite hard for crypto to become something like our current monetary system. Good piece 👍

I think regulations will happen soon. Mainly because this market giants like Goldman don't want to miss the party. They are going to push regulation whatever it takes if they can profit with it, and they will.

Over the long term, yes it’s possible. Patience is the key.

Crypto should be regulated. It will help it to improve its reputation

Regulations are a must have to move forward

The US Dollar is one of the dirtiest currencies around, used in drugs deals, arms trades, kidnapping and extorion, it really is an evil currency, this should be banned, right now ;O)

Maybe one day Bitcoin will go to this level. I hope that day. Hopefully it will be good for everyone

hopefully bitcoin price will be high

ya its a good news, best of luck

Great article, thanks for sharing. I've smashed the upvote button for you!

Also, if you are looking to get some tokens without investing or mining check out Crowdholding (https://www.crowdholding.com). They are a co-creation platform were you get rewarded for giving feedback to crypto startups on the platform. You can earn Crowdholding's token as well as DeepOnion, ITT, Smartcash and many other ERC-20 tokens.

For a total calculated bidbot upvote value of $185 STU, $388 USD before curation, with approx. $46 USD curation being earned by the bidbots.

This information is being presented in the interest of transparency on our platform @bitcoinflood and is by no means a judgement of your work.

yes I also really hope that bitcoin fast crawl up to the highest level.

Dear SIR @bitcoinflood, First of all, thank you very much for posting so beautiful, we generally have very little idea about Bitcoin, many of us do not know Bitcoin without working with Bitcoin,
SIR was very good for your posting, because you provided the right information through which many will benefit, thank you so much for posting so beautiful and will help others by providing such information in future.
After knowing some things then bitcoin should start working,
For example: ...... Bitcoin is the sign currency traded through the Open Source Cryptographic Protocol. There are no financial institutions, regulatory bodies, or fixed houses for Bitcoin transactions. All processes of Bitcoin are completed online through an open source software or through a web site. In 2008, Satoshi Nakamoto introduced this currency system.
So if you share some things with you please do not (-upvote) please, because by this I will get a lot of my rank rank #upvote please.

Why you always say this? I don't want you to fail on Steemit, but if you say the same words always, it's not good...

Regulations are a necessary evil. I just hope they don't go overboard.

You are amazing man.

Thanks for pushing up!

Please resteem this documentary for people:

It would hit the number as long as the regulation is good enough. Hopefully it happens.

I am a newbie to Steemit and your thoughts on my post which is similar in vein to your would be useful not only in providing an opinion, but to help shape my posts in future. Guide me down the learning curve if you will.

With in time it will become mainstream, buy with that comes regulations.

"paper money has no way of being tracked"!
You reminded me! a lot of chinese company owners avoid paying employee's social securities using this strategy.

The market is definitely ready to handle more money this time around. I remember back in winter when exchanges had to stop all their new registrations due to an overload of new customers.