"Holy Cornucopia, Batman! How did they fit so many gizmos in one gazoodle?"

PARTICL snapshot (some features in development)

PARTICL, is a Bitcoin-based (Bitcoin 0.15.1) privacy+security-focused coin that dares to attempt to not only "do it all", but also "do it well". The early development phase has been an impressive one in that regard, with the PARTICL team achieving in a three-year period what would be considered satisfactory and impressive if they had done half as much in the same time period. In a market where more than half of the projects that pop up overnight are empty promises and excuses, seeing this kind of consistent dedication and follow-through is both refreshing and enticing for would-be investors.

That being said, PARTICL is still somewhat of a crypto sleeper-hit at this point (though, according to popular sentiment, that is not likely to be the case for long). While it is certainly on many people's radars, it has yet to go viral in the crypto world, allowing the early appreciative traders to get a terrific entry position. Part of the reason for the coin's relative underground ranking is that PARTICL resides on only a couple of exchanges, with the lions share of volume being currenty on BITTREX (which compounds the issue by not allowing new user registrations for now). It ranks at #131 on Coinmarketcap.com at the time of this writing. Thus, it misses the attention of those who do not trade on Bittrex or look beyond the top 100 coins for promising projects. Many early holders chatting in the deep underground halls of the Particl Reddit-space have expressed surprise (and unabashed, greedy delight) at the relative low-profile the coin has maintained, despite a successful re-brand, numerous milestone victories, and some big-name advisors coming on board (more on that below). The community as a whole is jubilant and bullish going in to 2018, with many mentions of moons and high marketcaps sprinkling the crypto-sphere where PARTICL pioneers dwell.

I was initially intrigued by the project when I read that it was going to be implementing a "cold-staking" option for its users. This is a significant boon over "hot" staking for security-conscious users! With all the recent security issues in the PC and crypto-currency world keeping us on edge, particularly the big revelations of hardware fallibility, it is really nice to know our coins are safe in cold-storage while our securely connected staking device keeps earning us free money. Without this feature, some people may avoid Proof of Stake coins altogether, feeling that the "unlocked and always on" aspect that is required with other POS wallets puts their wealth at risk.

The latest PARTICL wallet is gorgeous, offering both simplicity and utility, and an easy-on-the-eyes layout/scheme. I highly recommend checking it out (use the official PARTICL wallet link on their homepage)

The coin's other features could single-handedly support their own coins, and as other use-case coins show, they would probably do just fine on the market as single-use platforms. For PARTICL, offering this many features under one roof will of course draw in a wide demographic of users. Many of those users will likely have owned coins that shared a use-case with one of the features of PARTICL, and will be comparing those aspects to their other/previous coins features/code. This is already evident in the forums, where PARTICL is often used as an example of a solidly built privacy/commerce coin, with top-tier parts under the hood.

As other traders and investors begin prowling these boards and reading up on the features, they will inevitably eventually ask themselves, "Why buy 5 or 6 different sub-par coins when I can buy 1 and get all the features of the others?"

The P2P decentralized marketplace is a main feature of PARTICL that is in clear competition with some other coins/platforms out there that are in various stages of development, with PARTICL's P2P marketplace currently approaching ALPHA release. Concern for active competition is at a minimum within the community. While there is certainly some loyalist/ "us" and "them" mentality among the various coin subcultures, nobody is really complaining about the competition existing yet, perhaps because the decentralized P2P market system has yet to be developed to a point of a significant market-cap, and there seems to be plenty of wide-open market-space to claim without totally butting in on another projects action.

And there are certainly early birds looking for that action. Judging by the huge influx of money in to the decentralized marketplace tokens/ICOs, it is clear there is lots of energy coming from the early competitors/investors looking for those early chunks of a fledgling market. These small teams of developers and their loyal communities know this is not only a possible gold-mine for themselves and all the other early investors/adopters, but a kind of code-gift to the world, which will eventually allow every day people to exchange goods while feeling secure from hacks and forced data breaches of governments and other less-than-friendly actors. The chat rooms, boards and white-papers are full of this triumphant William Wallace/Ed Snowden-esque speech, with "freedom", "privacy" and "decentralized" being the key words used by the fervent ideological supporters of the underlying technology. You can feel their excitement and desire for the project to succeed, and you can clearly see that it is not just price speculation that is getting everyone jazzed, but it is also the power and financial security that the underlying technology gives back to them, and the emotions that realization generates are often powerful enough to compel them to come out of their shells and emphatically express them in cyber-space, where they find the like-minded support of their fellow brethren.

Truly private communication, 2 party escrow, and decentralized voting/governance are features that are clearly needed in the decentralized marketplaces. How these features are handled will be interesting to see play out, since there are no examples that have been fully implemented to my knowledge to use as a study-case and learn from. (Please inform me otherwise if you know of some examples!) I expect people will want to protect/empower their money, so paranoia of a bad-reputation hindering the marketplace and driving commerce away will compel people to vote for the path with the least friction, in that regard. I am confident that this dynamic will allow a decentralized marketplace to exist without being overrun by dangerous, universally illegal, and morally/ethically repulsive items/goods/services.

What I see when I look at PARTICL, and a few other like-projects, is the future. Decentralized e-commerce is coming no matter who tries to stop it. It is a part of human evolution, and it will greatly effect our lives in many ways. PARTICL is positioned to be one of the strongest players in the upcoming decentralized crypto-marketplace arena. As the marketcap grows for all decentralized e-commerce, so will the dividends to holders of PARTICl and a few other dividend-bearing cryptos, such as SAFEX (another privacy-based P2P Marketplace coin not yet as feature rich as PARTICL, but with an ambitious lead developer, and with similar aspects in regards to ideological motivation and execution of the marketplace).

PARTICL also has another Ace-in-the-Hole in that it recently brought on crypto-celebrity Charlie Shrem, one of the earliest early Bitcoin/crypto adopters and innovators. 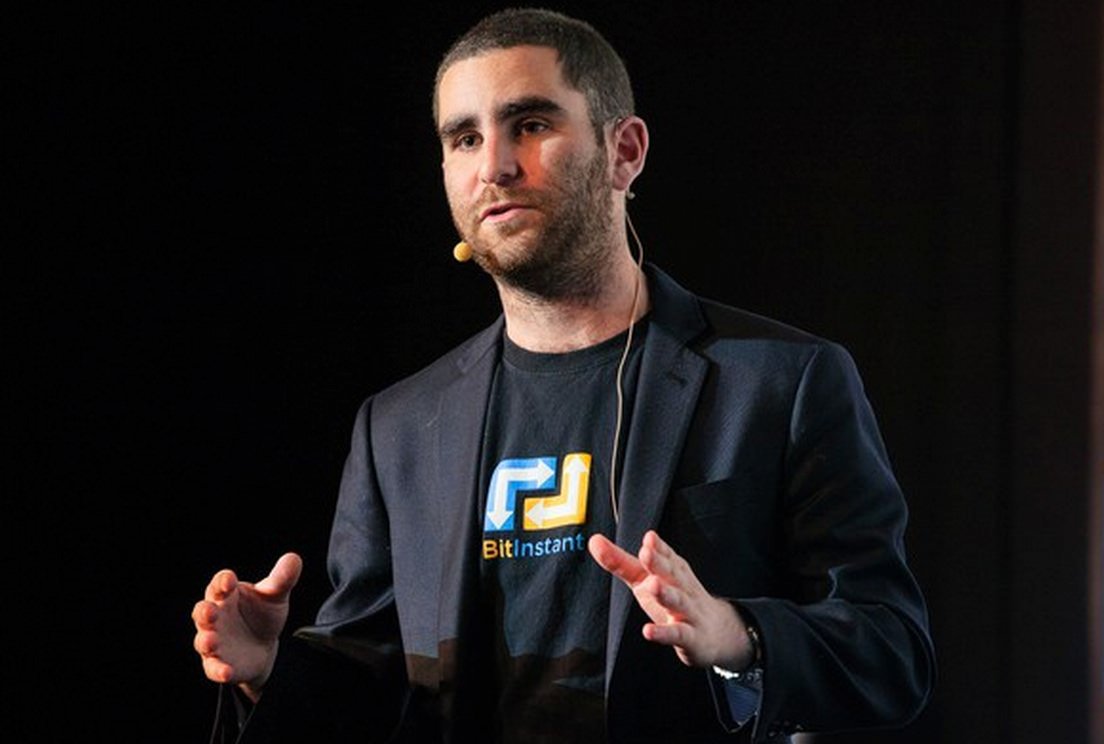 This is no small matter, as it indicates Charlie thinks this has legs, and is willing to attach his name to the project in anticipation of its success. This is akin to a major sports celebrity endorsing a specific team and arena. It will carry weight when people hear about it, and drive them to buy, and hold, PARTICL.

And that is my takeaway, folks. Buy, and HOLD, PARTICL. If TEAM PARTICL continues to impress, you will be glad you did.

(Header produced by PARTICL and BTC studios)
Opinions expressed are my own and are not to be taken as financial advice.
Did I make a factual mistake? Please let me know in the comments! 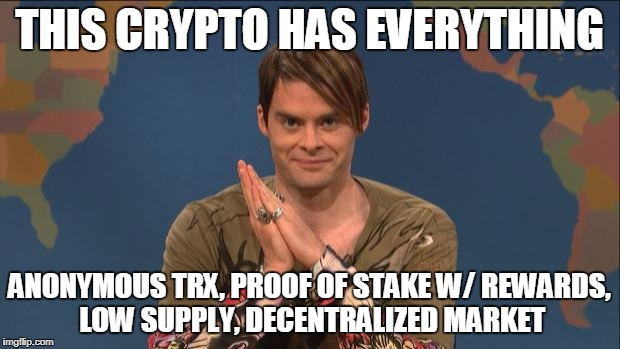 PARTICL, once known in a former life as SHADOW CASH,

Most of the Shadow team is working on Particl now, but Particl is a different project than ShadowCash, just to clarify. :)

Privacy is still at the team's core, in their products and a core value of Particl, but Particl isn't the SDC chain, has a better codebase (Bitcoin 0.15.1 vs 0.8), has better privacy (CT and RingCT vs Dual-Stealth addresses and ZK proofs.)

Thank you for the clarification. I have updated to reflect that information!

It's definitely NOT a custom fork of ShadowCash either :) We started as a fork of Bitcoin 0.14.2 but have been one of the only, or only fork that stays lock step with latest Bitcoin code. So we're at 0.15.1 now which is actually more up-to-date than Bitcoin Cash and Bitcoin Gold (direct splits of Bitcoin proper blockchain)

The sentence is fine maybe without ", a custom fork of SHADOW CASH,"
:)