Will Ethereum Remain the Big Thing in Blockchain Post-Constantinople? It’s all systems go for Ethereum’s hard fork upgrade, dubbed Constantinople, is set to be activated when the chain gets to block 7,080,000. This hard fork is essentially a system-wide backward-compatible upgrade of the entire system – including all the nodes or the transaction validators. The new upgrade of Ethereum’s code base was specified in its improvement proposals (EIP). The upgrade aims to ultimately shift the type of consensus the platform uses from Proof of Work (PoW) to Proof of Stake (PoS). This upgrade is the second of a multi-step journey that began with the Byzantium hard fork and will culminate in ‘Serenity’ in the near future.

The greatest concern of anyone with interest or money invested in Ethereum is the effect this hard fork will have on the platform. This is a legitimate concern especially since Ethereum’s last most publicized hard fork was initiated to restore Ethers stolen after the DAO hack. As a matter of fact, the only reason Ethereum split at that hard fork was because it was contentious and unplanned, and not all stakeholders supported the move to restore the stolen funds to their rightful owners.

If you are abreast with the latest developments in the cryptocurrency world, you should know that blockchain is still a pretty young industry constantly undergoing incremental updates. Ethereum, being the third largest blockchain system by total value, is focused on building trust and maintaining its value. It is therefore expected that the next hard fork will include core tech improvements that will go a long way to improve the system’s smart contract design, and boost the stability of the platform among other enhancements.

What happens in a fork?

A hard fork occurs on the blockchain when a backward-incompatible upgrade is implemented on the system. Since it is a comprehensive upgrade, all the full-node operators or transaction validators must upgrade their clients with the Constantinople software update.

The upgrade is considered a ‘fork’ because it is essentially a divergence in the life of the platform. Much like a fork on a road, a single chain is separated into two at some point, in this case block 7,080,000, and the transaction validators will be free to choose which to go with. Doesn’t this mean there will be a split in the system, just like it happened in the last fork that gave birth to Ethereum and Ethereum Classic?

Not necessarily. Users who prefer the old rules are separated from those who prefer the new rules. In most cases, users may choose to completely stop the running of the older software and switch completely to the new upgrade. This would mean the death of one fork since no new blocks will be added to the chain.

There have been multiple hard forks in the history of Ethereum, where upgrades were implemented in the system without the currency being split. Byzantium and Homestead are the most notable. In both these cases, the forks were a success because the community at large supported them for the good of the platform.

Ethereum is already enjoying the support of the major exchanges including Kraken, Binance, OKEx, Huobi and Coinbase according to cointelegraph.com.

Ethereum is not just a platform to generate cryptocurrency (Ether); it is also a platform that developers can use to run their decentralized apps, more like car owners can drive on a road. To reach where it is, Ethereum has had to undergo a number of growth stages, each incorporating more and more features that made the system more seamless, robust, and compatible with newer technologies.

There are a total of four stages in Ethereum’s growth plan. The first two, Frontier and Homestead have already been implemented. The current phase, the Metropolis, has been further split into Byzantium and Constantinople. The final stage will be Serenity.
The current Constantinople upgrade is expected to introduce five major improvements detailed in the Ethereum Improvement Proposal (EIP). They are:

Days away from the Constantinople upgrade, excitement regarding the upgrade was at an all-time high, largely because the development represented a major turning point in the evolution of Ethereum platform. As a matter of fact, Ether was the biggest gainer in the cryptocurrency market just a day away from the scheduled upgrade. This is a good sign that the masses have faith in the upcoming changes and are willing to bet their money on it improving the Ethereum platform in general.

A critical vulnerability detected in the EIP 1283 update has caused a further delay of the implementation of the Constantinople. Smart contract auditing firm ChainSecurity discovered a loophole in EIP 1283 proposal that attackers could have used to steal users’ funds.

The postponement of the Constantinople hard fork less than 48 hours before its implementation was a decision reached after consultation among the top Ethereum brass. Vitalik Buterin, Hudson Jameson, and Afri Schoedon among other core developers of the platform appeared during the announcement of the postponement, a good sign that the key players are on the same page regarding the delay.

According to the report published by ChainSecurity, the vulnerability, which could have left the system vulnerable to a reentrancy form of attack, is considered a side effect of the introduction of the PoS consensus that makes it cheaper to execute transactions on the Ethereum network. Apparently, the reentrancy attack could have been possible when an attacker repeatedly requests funds from a contact while feeding it with fake destination Ether balance.

The Constantinople hard fork has been in trial since October of 2018 on Ethereum’s testnet Ropsten and was supposed to be implemented before the end of the year. Technical hurdles forced the delay of the implementation as the folks focused on rectifying the technical issues that hindered the roll out of the software update.

How will the changes will affect you?

Afri Schoedon, the coordinator of the hard fork at Ethereum, confirmed on Reddit that the core developers at Ethereum were made aware of the vulnerability and that meeting for all core devs would be held on 18th January to decide on the action steps to take in light of the new development. According to Afri, the implementation of the hard fork will be held off for at least a week until a lasting solution to the loophole has been found and tested.

When the hard fork will be finally implemented, Ethereum users should expect:

The most obvious benefits of the Constantinople hard fork on the Ethereum platform is that PoS uses a lot less computing power compared to the current PoW the platform uses. In a layman’s language, it will cost a lot less, in electricity costs, to produce 1 Ether with the new system compared to the current one. Another obvious change you should expect is improved compatibility with third-party smart contract applications created by developers, easier integration of existing programs on the decentralized platform, and ultimately more applications on the ERC20.

We have already established that divergence occur on a blockchain system such as Ethereum more often than the public realizes. Most, however, are just small incremental improvements that are oftentimes abandoned using what is called ‘an uncle’, or a way to add a block created faster than the current block. With the Constantinople upgrade, if you are a miner, you should expect a higher mining hashrate and greater participation by new miners, hence more ‘uncles’ on the chain.

The reduction in the amount of Ether a miner gets from 3 to 2, also called ‘thirdening’, will be happening the second time in the life of Ethereum, the first having been implemented with the Byzantium hard fork. This will reduce the inflation of Ether by curbing basic supply to drive up demand. This is essential to ensure Ether scarcity and boost its value.

Ethereum has had its share of breaches and losses resulting from those breaches. Some experts say that this is the most inspiring reason for the switch to a new consensus. The most important part of securing a crypto asset is by protecting the blockchain platform it runs on. Since a PoW is measured by computing power used, it is less secure compared to PoS which values the coin ownership.

A difficulty bomb is an algorithm that increases the difficulty required to mine a new block on the chain consistently until mining a new block becomes impossible. The EIP 1234 proposal seeks to delay the implementation of the Difficulty Bomb included in the system in September 2015 by 12 months despite the platform switching to the new PoS consensus.
The main reason for the delay is to allow miners to adopt the new consensus and make it difficult for the two major players in the system – stakers and miners – to adopt the new protocols. This will prevent a split in the community during the fork as the stakers and miners will completely transition to the new fork before the Difficulty Bomb is implemented.

The postponement of Ethereum’s much anticipated Constantinople hard fork may leave many people with questions with no straight answers, but it is a consolation that a critical issue that could have been costly was discovered just hours prior to the fork. We expect that this issue will be resolved and the hard fork will be set at a latter block. Whatever role you play in the Ethereum ecosystem, expect that when the upgrade goes live, the platform will be more efficient, faster, more affordable, and most importantly, one more step closer to the platform’s full potential. 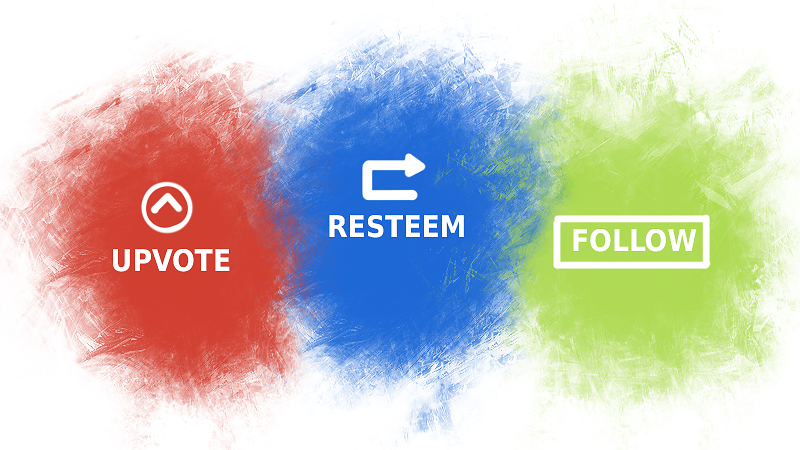