George Soros Is Rumored to Be Investing in Cryptocurrency 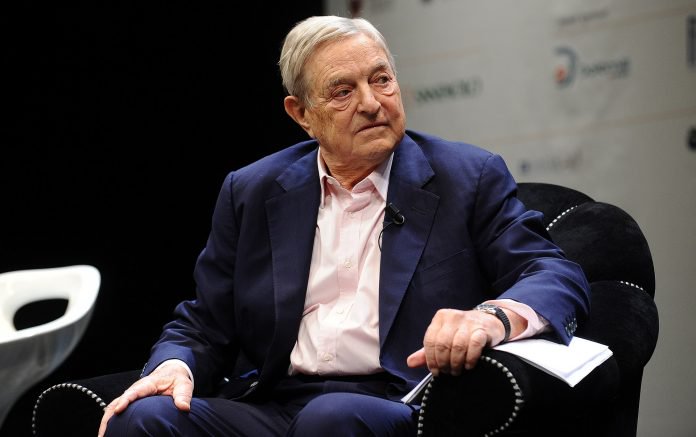 Billionaire octogenarian George Soros is reportedly taking an interest in cryptocurrency trading. If true, the move would be a remarkable turnaround for the business magnate, who’s previously been scathing of bitcoin, calling it a bubble and a tool of dictators.

Soros Eyes an Entry into the Crypto Markets
87-year-old George Soros’ best years may be behind him, but the tycoon still knows an opportunity for profit when he sees it. Crypto assets have traditionally been met with scepticism by senior investment figures such as George Soros and Warren Buffet, whose investment prowess is streets ahead of their tech knowledge. Fortunately, an innate understanding of blockchain technology is not required to participate in the crypto markets: simply the ability to calculate risk and reward. Bloomberg reports that George Soros is now pondering an entry into the cryptocurrency space.

Soros Fund Management, his family investment firm, has $26 billion in assets and is believed to have earmarked some of that capital for crypto. Bloomberg claims that Adam Fisher, an investor at Soros Fund Management, has received the go-ahead to trade virtual currencies. Should this prove to be the case, it would make sense for Soros to enter now that the markets have cooled off, having dropped three-fold from their December peak.

A Volte-Face for the Eight-Billion Dollar Man
Bitcoin’s recent history is littered with public figures who’ve written cryptocurrency off, only to later eat their words and stake a claim. Jamie Dimon’s stance on bitcoin has softened considerably, and it appears that George Soros may also have seen the light. “Currently [bitcoin] is used mostly for tax evasion and for the rulers in dictatorships to build a nest egg abroad,” he remarked as recently as January. Even if George Soros retains this view, it doesn’t preclude him from investing in crypto for his own purposes, namely profit.

The cryptocurrency markets are down 41% since Soros last expressed his thoughts on bitcoin. If his entry is confirmed, it’s unlikely to provide any sort of short-term boost to the market. It adds further weight, though, to the notion that in the mid to long-term, investors are extremely bullish about bitcoin. George Soros is a controversial figure for a number of reasons, but when it comes to investments, he’s rarely wrong.