If you visited our blog over the last few weeks, you might have read about game design, interviews with fellow team members, and the Hash Rush Creative Challenge. In other words, many of our recent publications focused on the game development side-of-things. But since Hash Rush is also very much a 'crypto project', it's time to shine a light on the cryptocurrency world, using the wealth of crypto expertise we have within the Hash Rush team. So considering the recent volatility in cryptocurrency prices, we thought it would be a good time to have a frank conversation with our co-founder Kris, who runs a mining farm and is truly a crypto expert. So without further ado, here's a transcript of our conversation. 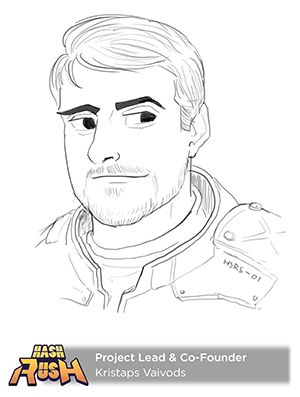 Hey Kris, thanks for taking the time for this short conversation over Slack. So, let's dive right in. What is your take on the recent surge in price for Bitcoin and Ethereum? I think this was something that was expected. We are finally seeing the beginning of mass adoption of cryptocurrencies. It all started with people hearing from popular news outlets about the risks of BTC, that this “ponzi scheme” promotes money laundering, terrorism financing, buying drugs on the Dark Web and so on. Kind of the same thing happened for Ethereum: a lot of negativity regarding token sales, calling them scams. But now we see that many of the influential voices who were against this phenomenon are starting to understand the potential of blockchain, making BTC the flagship (and gold even of the crypto world.

The same goes for ETH. People, I hope, have done their homework and have come to conclusion that in the future, the blockchain will not only be used as an open ledger, but that you can use this technology in your business and maybe even in your day-to-day life. ETH is the flagship of this new mass adoption due to its technology. Dapps [decentralised applications] are slowly but surely coming into our lives (see https://www.stateofthedapps.com for instance). And for us here at Hash Rush, it's great to know that we are part of this with a platform that could help reach new groups of people.

Cool, that's a positive outlook. But do you think Bitcoin and Ethereum will still hold the same spot in a few years? Will a competitor arise in the meantime?

There already is a lot of competition both for BTC (Zcash, XMR, BCH, Dash and others) and ETH (Qtum, ETP, NEO and so on). But as I mentioned before, BTC in the crypto world is like gold used to be in the beginning of the 20th century; we have created a self-regulated monetary system with BTC in the middle. When BTC falls, altcoins fall. Of course other cryptocurrencies have improved things that Satoshi could not have thought of back in the 2008. Think for instance of the scaling problem. But BTC will stay the 'mother of them all', at least for the next few years, and it will become more stable.

The future of ETH is harder to predict in the long run, because of the rapid development in the crypto space. But they have a great team behind them, which is currently researching how to fix the scalability and final points of the PoC [Proof of Concept] of PoS [Proof of Stake]. I think next year is going to be huge for the Ethereum network; we will definitely hear even more about them than we did this year. Probably only good things :D

AMD’s CEO Lisa Su recently spoke about the impact of crypto mining on GPU sales, indicating it wasn’t actually such a large part of their revenue. What do you make of this? Do you expect this to change over the coming year(s)?

In the interview, she stated AMD cards are used in lots of devices, but to be honest I think mining does make up a great deal of card revenue. NVIDA and AMD even have made special GPUs for altcoin mining. I remember how hard it was to get GPUs in the beginning of this summer, because of the sudden ETH price spikes. Miners tried to get any GPU out there, just to put it to work. You could not get any GPUs from the store, but you had to go straight to the source. I read an article back then about one of the biggest cloud mining providers, Genesis Mining. They rented a private jet to pack it with GPUs from China. At that moment, every second and every GPU was crucial. So AMD shares skyrocketed and the same goes for GPU prices (see for instance: Miners are renting planes to deliver graphics cards). I think this uptrend will continue. New people are interested in this kind of income and industries are providing new and often customised technology for this reason. For example, in our mining farm, we are now testing out an Asrock motherboard, which can take up to 13 GPUs.

Wow, that's pretty impressive. And yet..., certain cryptocurrencies, like IOTA (which also saw a huge price increase recently) are not mineable. Considering this, how do you see the future of crypto mining?

Such cryptocurrencies have been around for some time, like NEM and Ripple. But this absolutely could be the the future; you verify transactions as you are sending the funds. But I think more work needs to be done here. The electricity that miners use to verify transactions is insane, and the power [or influence] that the big pools hold, makes me sometime wonder whether we really are that decentralised.

But PoW [Proof of Work] works now and most popular cryptocurrencies like BTC and Dash are using it, so I still think that PoW is here to stay in the long run but PoS [Proof of Stake] protocols will give them a run for their money. Talking about IOTA, ask Craig how long it took him to send funds during peak hour. :D 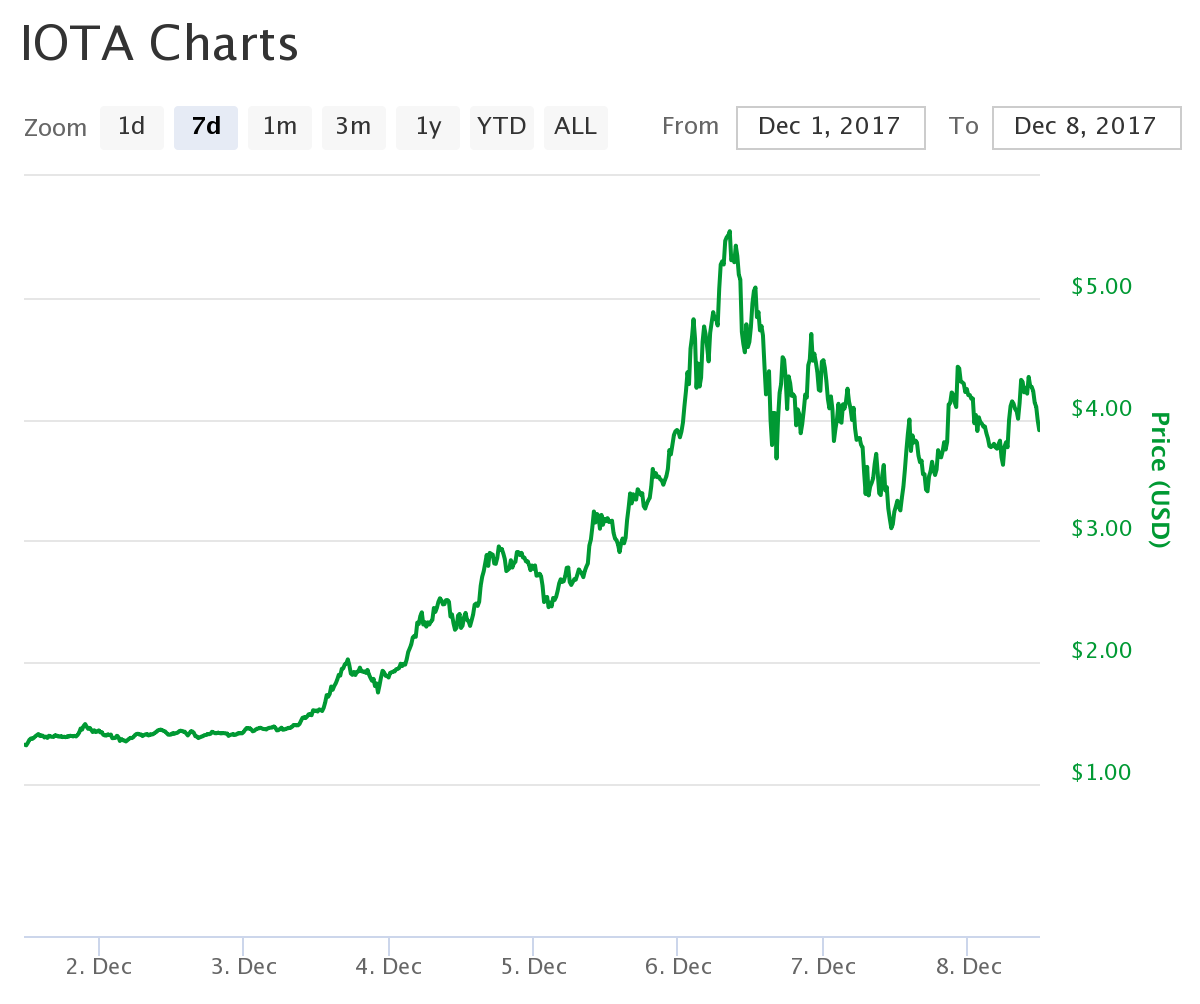 Ha, good point. Well, let's end a bit light-hearted. Cryptokitties are a thing. What do you make of this? Will we be able to see kittens as Ernack pets in Hash Rush?

I love the Cryptokittie project. I would love it more if it would be Cryptodogs, but that does not change the essence of it. I do not understand the frustration in the media around this. This project shows in a fun and visual way what can be done on the Ethereum network and with ERC-721 tokens. This has gone viral and again put the blockchain and Ethereum specifically in the spotlight.

I think Hash Rush could use something similar for its unique items and trading. And note that this is the most used Ethereum Dapp out there right now, which really proves the concept. We have some surprises regarding the Highborn of Eldaria faction in this aspect, but I do not want to spoil anything. So just join our Discord and you will find out more next year.

Great, thanks a lot Kris!

Well, that ends our crypto conversation with one of the co-founders of Hash Rush. If you're interested in hearing more about Hash Rush, take a look at our website, check out our blog, or join our newsletter.

Thanks for posting this great interview. Upvoted and Resteemed. I’m looking forward to Hash Rush! I’ve always been fascinated by the power of “cloud hashing” projects and cluster computing in general. It’s been very rewarding personally to use the University of Berkeley’s BOINC system to crunch numbers for scientific projects i.e. finding malaria treatment, helping to understand RNA folding, SETI-at-home, and locating potential asteroid threats.

For anyone who’s looking for something to pass the time while we wait for this awesome game, checkout BOINC https://boinc.berkeley.edu for Windows, Mac, and Android and contribute some computer time (its only using computer resources when your screensaver is on). Thanks for that, we're all hyped to see Hash Rush released as well! If you want to get in on the pre-alpha action, we've got a competition where you can win access along with a great Hash Rush t-shirt!
Check it out here: https://goo.gl/9Hx85o