Bitcoin could possibly be following a similar fractal that silver exhibited in the mid-to-late 1970s and early 1980. 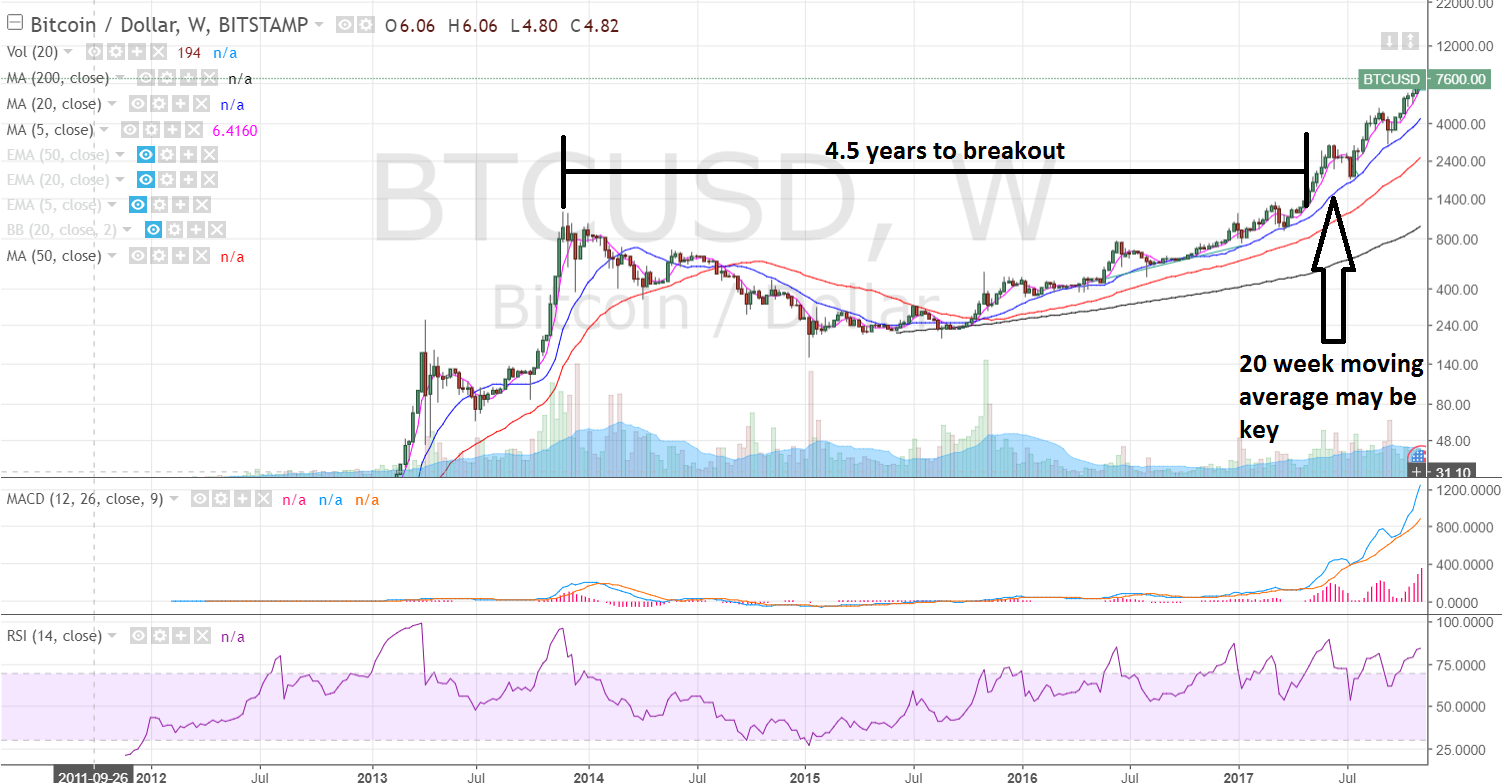 After the breakout from a 5-year consolidation period in January 1979, silver subsequently mega-rallied 6.45x from the previous peak. If bitcoin were to continue along this path, then the market would peak sometime around late April or Early May 2018. Determining the magnitude of the rise is tricky. I have tried a few things including fib extensions but haven’t come up with anything that I think is worthwhile. I am just going to default to the 20-week moving average. A weekly close below that and the rally is likely to be over. Structure and form of this fractal is most important.

Segwit2x has now been canceled. I, for one, did not see this coming this late in the process and I’m not sure many others did either. If the market rises from here, newsmakers will look back and call this a buying opportunity because of the repel of an attack (no replay protection for 2x) and removal of uncertainty. If the market declines, newsmakers will blame the failure of bitcoin to upgrade along with continued bickering among participants. I think a continued rally is more likely because of the fractal nature of this rise. Again, if we see a close below the 20-week moving average, then all bets are off. I do think other digital assets will participate and many of them will outperform if this rally is to take place.

We could make a peak early next year, but I don't think that peak will last as long as the 1980 Silver peak.