Bitcoin was originally introduced as a new borderless, global, digital currency, but this description is not necessarily fitting because bitcoin is rarely used as a currency at this stage. Bitcoin, in its current state, is generally more volatile than most other popular, highly liquid assets, not to mention established fiat currencies. Other digital assets exhibit more extreme volatility. This is not to say that a digital asset cannot one day act as a currency, or potentially become a global reserve currency, but that day is most likely far into the future and the digital asset in question would have to follow a path similar to gold to become a global reserve currency. More on that in a future post.

For now, digital assets do display fundamental properties that are inherent to commodities. The intrinsic values of these assets are coming to fruition and materializing every day. Microsoft, one of the largest cap-weighted tech companies in the world, just announced their vision for introducing digital identities by using public blockchains (bitcoin, Ethereum, litecoin, ect.) for recording DPKI operations, anchoring attestations, and DIDs. These operations will require the use of native tokens on public blockchains. This defines intrinsic value for these chains.

Aslo, factom is a company that plans to use public blockchains to provide users with a solution where the authenticity of documents can be proven to an absolute degree. This technology could prevent something like the robo-signing scandal because mortgage documents hashed and anchored to a publicly verifiable, immutable blockchain cannot be altered in any way and can be proven to be authentic. I like to think of this as a ‘written-in-stone’ application for the internet. Historically, we are accustomed to the ‘copy-and-paste mentality’, i.e. being able to modify data at will. Public blockchains provide a way to record data that cannot be modified in any way. In other words, ‘written in stone’.

These are just two of the many non-financial use cases emerging for public blockchains that solidify their intrinsic value – this, accompanied with the myriad of financial use cases including ICO markets, stock markets, derivatives markets (options and futures contracts), decentralized exchange, stable coin contracts, etc.

These intrinsic-value use cases inherent to digital assets can be thought of similarly to their counterparts in the physical world – namely physical commodities such as oil, iron ore, natural gas, copper, aluminum, zinc, tin, rubber, gold, silver, ect. - each having specific use-cases (along with limited supplies) that provide intrinsic value to the underlying commodity. For instance, I use natural gas to heat my home, rubber for the tires on my car, and aluminum for cooking food. Similarly, I can use the native tokens of public blockchains as fuel for anchoring and solidifying digital identities or as a written-in-stone application to provide document authenticity for a legal contract. 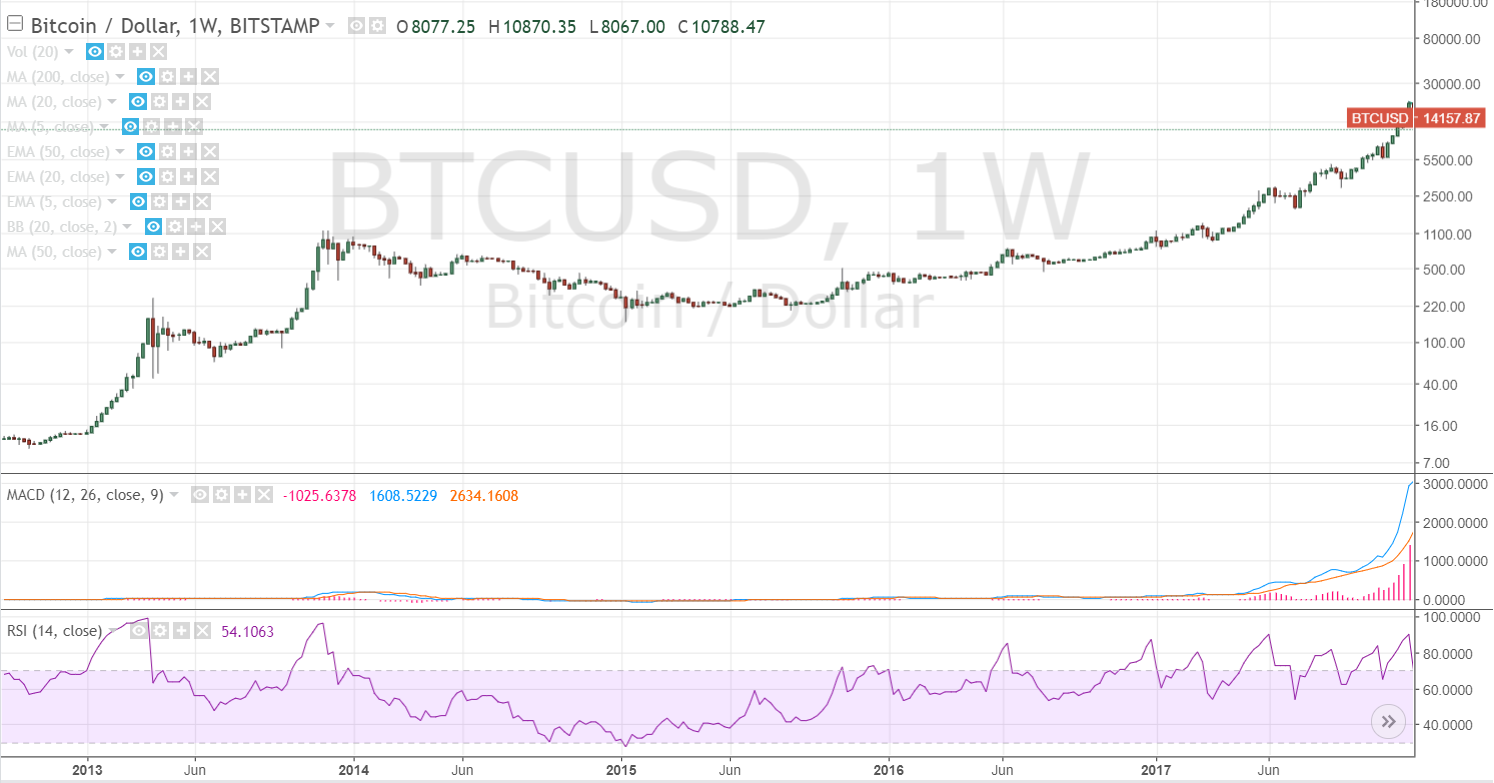 Silver and bitcoin have shown similar fractal patterns over time. This is also holds true for other commodities, whether physical or digital.

Disclaimer: None of this is advice of any kind

In the early days, bitcoin was nothing more than a collectible to most people who were looking into the new technology. This is in contrast to the “cryptocurrency” and “digital currency” monikers that would eventually be placed on it.

hello thank you for the read i can tell that you put a lot of effort into your post.

when you say bitcoin and silver moves quite similary do you have any guess as to why it would not be gold instead? i keep hearing the media comparing BTC to gold yet if it truely moves more like silver wouldent it be called the silver of the internet instead?

The point I was trying to make is that bitcoin (and all digital assets for that matter) behave in a fractal nature, similar to physical commodities. I was not saying that bitcoin and silver are necessarily correlated.

Crypto money will be the global currencies in the future for sure. Because of saying that, state banknotes are depends on their countries's economic powers and that could be very fragile. Bitcoin or one of any other crypto money will be the main currency! At least I hope so. :)
Very nice article you shared here. Upvoted and followed happily. Hugs from Spain.

"Similarly, I can use the native tokens of public blockchains as fuel for anchoring and solidifying digital identities or as a written-in-stone application to provide document authenticity for a legal contract."

That's a great point. Do you believe that the most valuable coins will be the ones that have practical use cases on top of being digital currency?

I think the most valuable coins will be the native tokens of underlying blockchains with entire financial systems built on top. In other words, the base layer will be the most valuable - and the most likely base layer will be POS coins such as ethereum, cardano, neo, rchain possibly. Coins built on top of these chains will have value but won't have 'root' value, so to speak - think auger, BAT, Maker. It remains to be seen how this will actually play out long term.

"the base layer will be the most valuable" I agree with this.

So same with the cryptos - the dapps will be written based on an underlying base layer, like now with Etherium.

One of my friends is using a ledger to automate all transmission and verification!!! He says robotics will be able to do all the work and fund UBI.

Very good post. Keep up the good work and have a beer on me.

Please when will Microsoft launch their coin

Supply and Demand is what creates value, so as long as the community supports the asset for its intended use(s), value is created. During unbalanced period of time where supply is not matched with demand, price will change. As the world learns about these assets, demand will increase as long as the community supports it evolution. Interestingly, some assets have limited supply which will increase prices in the long run.

This is a good analysis and arguments for the values and roles of the cryptocurrrencies - virtual assets is what I call them.