Coinbase, the world’s largest cryptocurrency brokerage, wallet, and exchange which also operates GDAX, the Global Digital Asset Exchange, has officially announced that it will complete the integration of Segregated Witness (SegWit) in the coming weeks.

We saw BitCoin Cash (BCH) raise significantly when Segwit was decided to be put on the back burner last year for BTC.

I'm going to venture out here and say now that Coinbase is taking on the segwit upgrade that there really won't be much need for BCH anymore. I can see BCH struggling over the coming months, providing segwit is a success.

What are your thoughts on price predictions BCH vs BTC during the coming months? 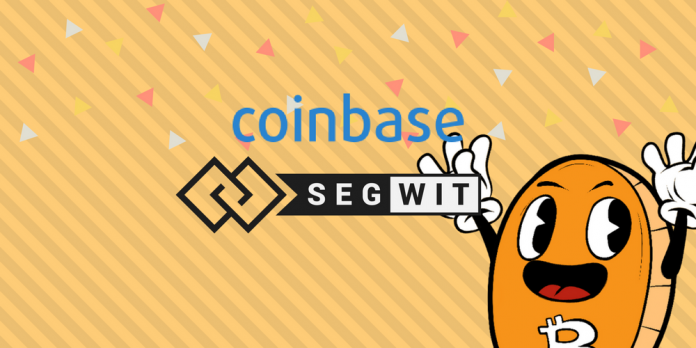 Sorry for the stupid question, but is SegWit a fork off of Bitcoin? Will CoinBase give users SegWit if they were holding Bitcoin like they did with BCH when they add SegWit? I could see BCH seriously struggling. I know you have to pay in BCH on BitMain. I wonder if they'll change what crypto currency they accept.

Not a stupid question. Segwit is considered a soft fork. There is a lot to explain, so I'll just point you to a link: https://en.wikipedia.org/wiki/SegWit

Thanks. I appreciate it

This is a very strange comment. Are you a bot? Or is your comment not translating properly from your native language? Coinbase is not a crypto my friend.

So you edited your question from saying; "Coinbase is the best crypto out there to": "What is Coinbase?" Seriously?!