The Legislator's Corner - Crypto Laws & Regulations from all Over the Globe 🌎 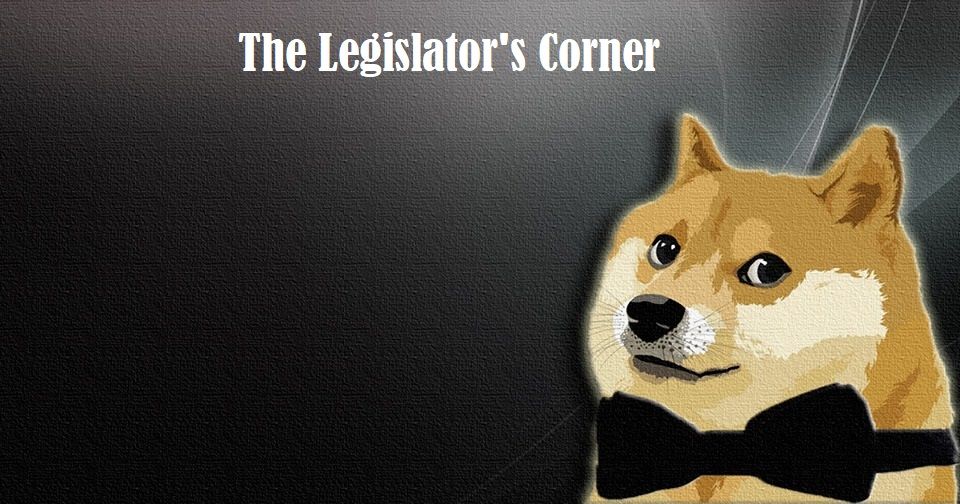 We hope you enjoyed the weekend because we are embarking on another week of ups and downs in the frenzied market in the world. A new weekly corner is being set up and this time a corner that will bring order to the subject that concerns us all - the rules and regulations in Crypto.

I often came across a dead end, when I tried to make my business operations available in digital currencies - to the "regular" world currencies - we would call them "Fiat." In the corner, we will present every week the hottest developments in the regulation and regulation of countries from all over our digital globe. Who approves? Who objects? Who else is sleeping when the revolution is already here?

From week to week, together, we will know which direction the wind is blowing and whether it is close to the day when shopping at the supermarket with Bitcoin.

After a month and a half of red indexes, caused, among other things, by regulatory warnings from regulators about tightening the regulation of the virtual currency world, we are witnessing good news! Which are also accompanied by green indices

The Arizona state passed a law that would allow citizens to pay their own tax payments through Bitcoin and other cryptographic currencies, which passed by a vote of 133 to and 16 against, saying citizens could pay "tax, interest, and fines" using virtual currencies, Is this the beginning of a wave of regulations that will move from State to State in The US? Could very well be. However, it should be emphasized that after passing through the Senate, the bill has yet another hurdle in the form of the Arizona House of Representatives, which must be ratified before it passes definitively.

Thus, the Japanese Blockchain Association and the Japanese Business Cryptographic Association announced a merger to establish an independent regulatory body following the break-in to the Coincheck exchange, which resulted in the theft of $ 530 million worth of coins. According to reports, the new body will be set up on April 1. About a year after Japan passed the amendment to the law, which recognizes Bitcoin as a legitimate payment method. The new entity aims to enforce regulation and self-regulation on issues known as "an emerging market" in the world of cryptographic currencies - protecting investors' money, in cases where stock exchanges come down for maintenance, insider trading, and even advertising. Japan continues to be the spearhead of countries that embrace the world of cryptographic currencies.

After a period that seemed like an eternity, when regulators exposed teeth and caused turbulent water, there is a sense that at least for the time being, the market has calmed down and stabilized. On a personal note, I would like to welcome such news that was covered in the post. That news joins the very warm statements made by the Chairman of the CFTC - the US Commodity Futures Trading Commission - last week regarding the assimilation of cryptographic currencies while laying the appropriate regulatory infrastructure.

A number of reports reaching us in recent weeks from the countries of South Korea and India claimed that the two countries are planning to impose a sweeping ban on the use of crypto, while in reality none of the countries did so, which shows the strength of the market against the central bodies that are trying to harm it. Some people try to generate public opinion that will support their interest by moving headlines.

I urge our readers not to be satisfied with reading only the titles. Whether you're having bad or good news, read over the headline and look for more sources of information.

an Amazing Decentralized Week for everyone:)

yep I am waiting to see how the USA deals with crypto in general and what type of tax they will be doing, transnational or yearly or what. Big questions Thanks for this info.

Great news you just put out here... I like the way you make the news analysis. I look forward to reading more of your news. I am really pleased with the outcome of all this regulatory brou-ha-ha so far... now i am just hoping it reflects in higher price rebounds for bitcoin. Time will tell... lets see

This post was picked at random and resteemed to 4800 followers.

very nice
https://steemit.com/bitcoin/@tanvirabedin/bitcoin-foundation-s-llew-claasen-says-bitcoin-will-hit-usd40-000-90-of-altcoins-will-fail
now see my blog this about BTC hop u like this

This post has received a 0.42 % upvote from @booster thanks to: @kingdavidharp.