Cryptos are back into GREEN!

All people were scared of how BTC is dying with all coins. Yet we are back to green everywhere.
Also how funny it is, BTC at 8k USD and people say we are doomed, while for last years it was below 1k and nobody was saying that.

Its just mind playing tricks on you people. BTC at 8k USD is fuckin good, no matter that we had 20k. 8k is still good. Remember in 2009 or 2010 you could get BTCs for free as nobody wanted them. This is in BTC, i dont check USD value. XVG is kicking it withotu a real reason again and STEEM of ours and LTC which i love are also on the list. Sad to see here BTS aka big daddy of STEEM but pretty much all this coins are good. TRX is like XVG though. Pumps or dumps out of the blue. Notice no CTR here - its just not in top100 by coin market cap.
ENG, ZIL,KIN, BTS look best for me to raise in future, but we shall see.

Other Coins with Volumes These may be unicorns to chase esp HGT & EXCL can raise more. CTR skip, i just made a post about its problems.

Thank you! I already wondered what this color means. Normally you only see red numbers next to crypto prices and I was confused to see another color - now I know it's called "green"! 😀

You will earn 80% of the voting bot's earnings based on your delegated SP's prorated share of the bot's SP pool at the end of EACH voting round! That is up to 38.5% APR! You can also undelegate at anytime.

I have been saying the samething for ages do not worry about the price... just worry about how you are going to find the money to buy more.. work on that and you will be good in 10 years time

People have very short memories. All this talk of the crash when we are still 6x higher than this time last year. Nobody talks about that!!

Keep your pants on mate, this could as well be a dead cat bounce, I reckon we're headed to $5700 then we'll have a real bounce, cheers !

Wonder if it's a dead cat bounce. Anyway @tipu upvote this post with 0.3 sbd :)

Green is good for eyes! But we should be ready for more blood! I believe BTC hasn't ended the double top pattern in the down trend and should touch 6k once. A steady uptrend is expected for the rest of 2018

How i feel after perfect buy 3 days ago:

Great news, thanks for sharing. I've smashed the upvote button for you! Lets hope it keeps growing!

Wow, I haven't felt this excited in a long time. Only a few days ago, morale was at a very low point. Amazing how quickly things can change in crypto. However, we still have a ways to go...

To bad that the board is not so green anymore today!
Still we fueling up the latest Space X rocket and skip the moon and we will go straight to Mars!

Also how funny it is, BTC at 8k USD and people say we are doomed, while for last years it was below 1k and nobody was saying that.

I even have a funny story investing in cryptos. In 2014 I started investing in Dogecoin given its super cheap price that doesn't hurt (and of course because of the cute Doge). During December 2017-Jan 2018 when we were all enjoying BTC's 20k value Dogecoin also went up, but not significantly. At least I gained some, and tried investing in Dogecoins. But I do hope its value still increases in the future.

Hello @kingscrown Very good results. I have stained eyes of my tiger. It's going to be a very good result for you. Continue your mission. You have a nice wenstday

Where product 'value' is concerned, and one must weigh future prospects, i believe that to judge any given 'change' based on 'from how high it has fallen' is the wrong standard.

The correct standard, as you so aptly allude to, is must base on 'from how low it had risen"

So yes, you have it right.

8k is more than good.

At any rate, just so those who base on the 'from how high' should revise their angles, how long was bitcoin near 20K? Not long.

But how much has it been 5-10k? as long as i can remember. Which only means that, its stability point, the lowest common multiplier (LCM) of bitocoin value is somewhere around there, and massive divergence must be treated as exceptions.

All the more because yes, monetary value only awlays must rise steadily, if it is to sustain the climb.

I prefer to think of hikes, such as the near 20K of bitcoin, only as pointers of the ultimate target, but which must nonetheless be arrived at progressively, steadily

wow thats awesome ❤
i would like to follow you because i am new here and i can learn manythings from you .
Help me to support . thank you 😊
@upvoted double thumps up

Steem is up pretty nice, which is sweet!... I wasnt scared at all, rather hurt as f...! LOL... I knew there would be a bounce but damn it really hurt to have all our coins down so much...
To be honest this pump feels pretty good, last time BTC bounced all altcoins suffered, now everyone is green and its a good sign IMO...

A good week for crypto fiends it is, yes indeed it is lol. Cheers for the article :)

Yes oooo... Its back and better. There is HOPE

if I may want to discuss some matters about mining, and this sometimes interferes with the beginner's mind.

why miner tool can make money? actually what is mined? will the mining run out? why are mine providers giving us coins? what advantages for them

I sometimes have not been able to answer correctly.

Follow my channel to update on trends of crypto coils, including ETH, I bet you enjoyed this.i am a trader vietnamese. We will discuss the chart of crypto at @sonpham1997, please visit.

This exactly has me amazed every time. How short can memory possibly be? People have made great fortunes and even now in bear market, once coins rise they do so at about 5% gain give or take. That my friends, is more than average Joe in a YEAR in traditional stock markets when playing safe.

Add the fact that unrealized gain is NOT gain at all, and you soon realize, you're winning again! Spam is discouraged by the community, including comment spam.

Up and Down or rather Volatility and Bitcoin go hand in hand
https://steemit.com/bitcoin/@maxxxks/bitcoin-volatility-and-market-cycles

While I share your sentiment, I still think it's too soon to start talking about being back in "green".

Thanks for sharing a moment of green @kingscrown. It's not easy being green. There is so much that influences the market. For example trade measures with China or a simple tweet war from South Korea. It's amazing how quick the waters turn. This is a reflective post.

don't sell guyz just HODL. It will work out in the end and the bull market will return when the Whales are ready. Like Warren Buffet says. never sell at a loss, just hold and wait. :). remember corrections are the best time for people as its SALE time.

good work..TAKE A LOOK at MY work on the markets and BITCOIN. opinion?? thnx.

👍I agree .. Most cryptocurrencies✈ 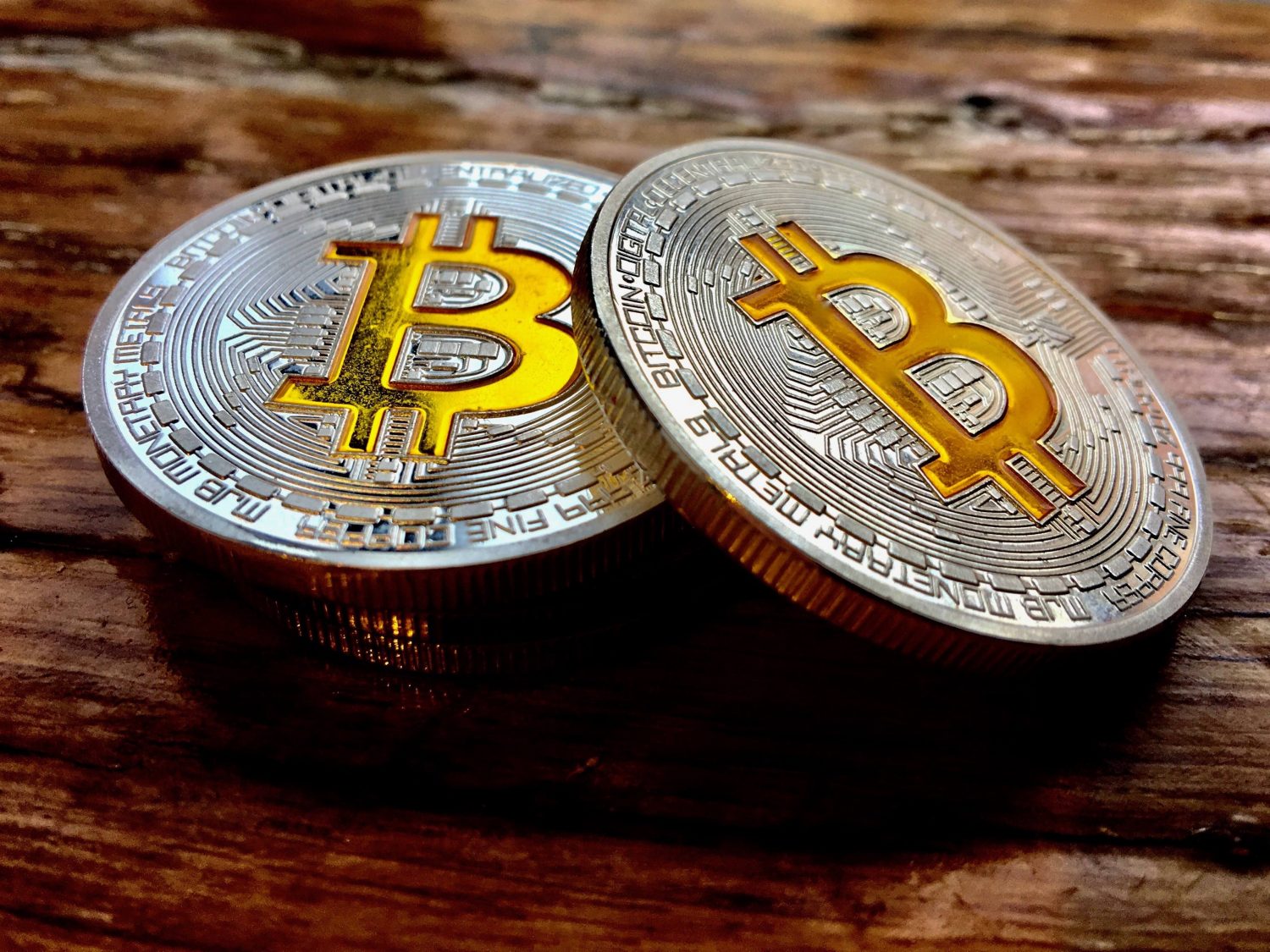 Additional TA for more information on the current patterns.
I took some time to research historical support/resistance lines for BITCOIN. I hope they help. Find them here:
https://steemit.com/bitcoin/@fieldsofgold/bitcoin-major-support-and-resistant-areas-as-of-05-april-2018-am

Hey , thanks for sharing! i to be happy Always keep staying positive! Thanks for a nice post!

TWQ with the fastest, transparent, trustworthy financing solution! Get a loan up to 5ETH with only 0.002ETH after the ICO ends, pm me now!