After making substantial moves higher, the cryptocurrency markets consolidated for the past few days. Both Ethereum and Bitcoin are setting up bullish pennant continuation patterns! A bullish pennant continuation pattern occurs when an asset makes a substantial move higher, consolidates with a pattern of lower highs and higher lows, and continues with another large move higher. 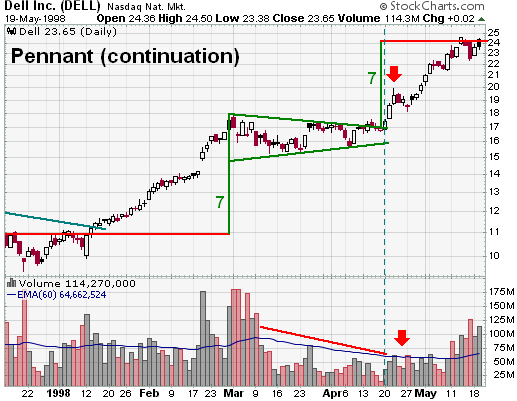 Frequently the second move higher is of the same magnitude as the first. In the chart above you can see that dell moved up $7, consolidated, and then moved up another $7. Ethereum's chart is setting up almost identically like the bullish pennant Dell formed in 1998. Ethereum moved up about $200 and consolidated in a pennant formation. If the symmetry holds, we can expect a move of about $200 higher in Ethereum over the next few days. 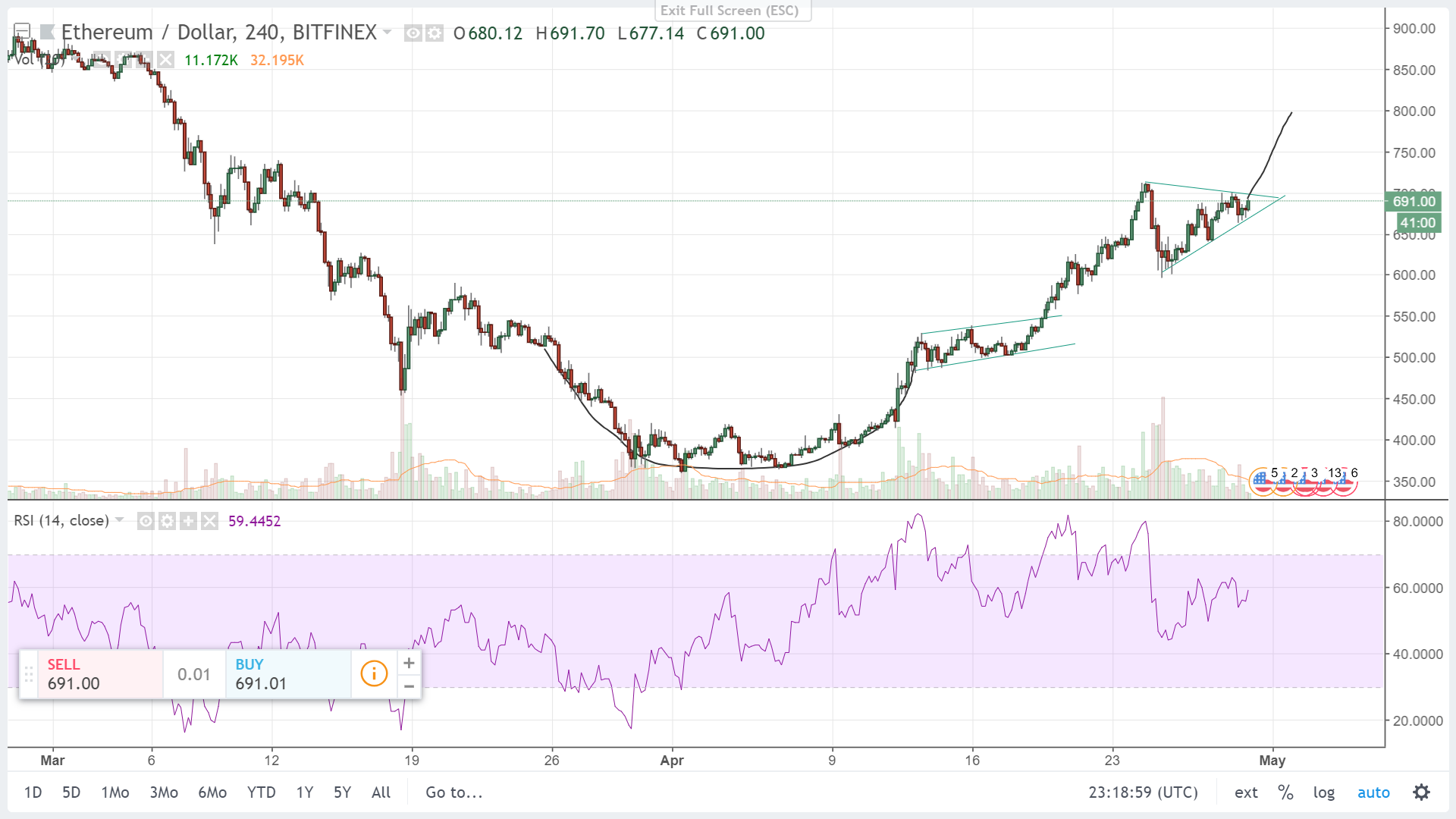 Above is my predicted price action for Ethereum. My short term price target is $800, but if the $200 move higher occurs we will see prices near $900! Bitcoin is in a very similar spot to Ethereum. Bitcoin moved higher from $8400 to $9700 and has now consolidated. I expect Bitcoin to also breakout of the consolidation pattern to the upside! 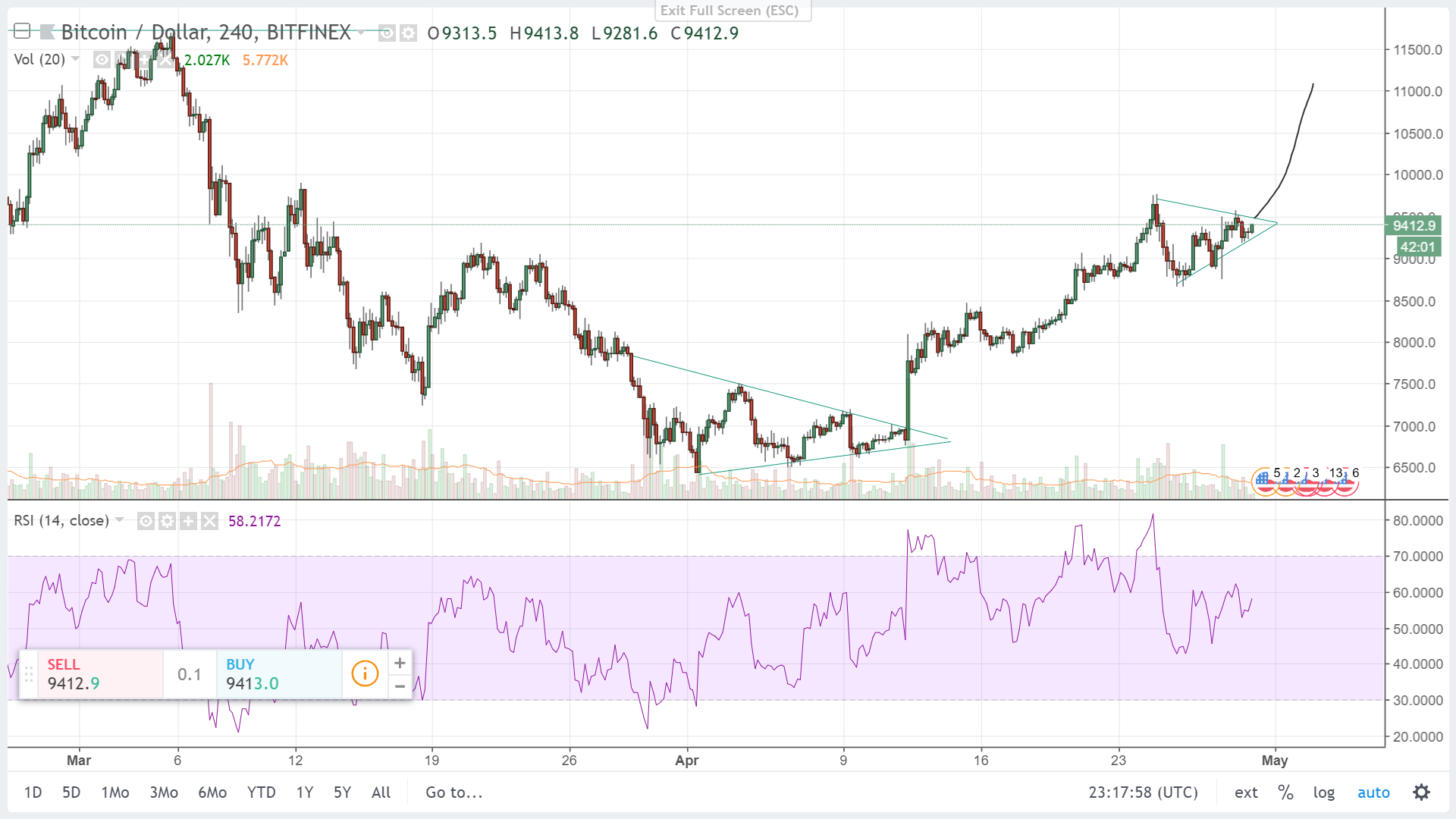 Thanks for reading and I wish y'all the best of luck!

Disclosure: I am long Ethereum and Steem

Congratulations! This post has been upvoted from the communal account, @minnowsupport, by nickh725 from the Minnow Support Project. It's a witness project run by aggroed, ausbitbank, teamsteem, theprophet0, someguy123, neoxian, followbtcnews, and netuoso. The goal is to help Steemit grow by supporting Minnows. Please find us at the Peace, Abundance, and Liberty Network (PALnet) Discord Channel. It's a completely public and open space to all members of the Steemit community who voluntarily choose to be there.