Billionaire Investor Believes Bitcoin Will Reach $10,000 by End of Year
Bitcoin's tremendous rally in 2017 has left analysts racing to revise their predictions. Mike Novogratz feels that Bitcoin's rally is not done yet and that it is poised to cross $10,000 by year end.
$10K by April 2018? Nah...sooner
Mike Novogratz, who was ranked a billionaire by Forbes in 2007 and 2008, has been a long-term Bitcoin bull. In an interview to CNN a month back, he stated that he would not be surprised if Bitcoin reaches $10,000 by April 2018. Bitcoin's strong rally in the last month has made him revise his prediction. He now expects Bitcoin to cross $10k by the end of 2017.
Speaking to Bloomberg TV, Mike Novogratz said:
I think literally we end the year at $10,000 in Bitcoin. I think that is a decent move from here. I think we end the year at close to $500 in Ethereum.
While Bitcoin might have stolen the thunder in 2017, Mike believes that Ethereum could now be poised to make rapid gains:
Just in the last few days, Ethereum has started to move. I actually think it's gonna put a new high soon. There are a lot of positive things happening in the Ethereum ecosystem.
Deeply invested
Mike Novogratz, who was a partner in Goldman Sachs and hedge fund manager at Fortress Investment Group, is deeply invested in Bitcoin. He was an early investor in Bitcoin, purchasing Bitcoins for $50 each in 2013. He also invested in Ether at the IPO, picking it up for about thirty cents. He has stated that he has invested 10% of his life savings in Bitcoin and Ether. Given the massive increase in prices of Bitcoin and Ether over the past year, that proportion is likely to have increased. Novogratz is currently looking to raise up to $500 mln to set up a hedge fund in the cryptocurrency space.
From strength to strength
Bitcoin has moved from strength to strength, shrugging off the $30 mln hack of tether on Monday. According to Novogratz, while security and safe custody of cryptocurrencies is a concern, the market has not reacted badly since $30 mln is small compared to the overall crypto marketcap of $250 bln. In 2017, nothing seems to affect Bitcoin - whether it is Jamie Dimon's negativity or China's crackdown. With the huge momentum behind Bitcoin, it wouldn't be a surprise if Novogratz is forced to revise his projection once more before 2017 ends 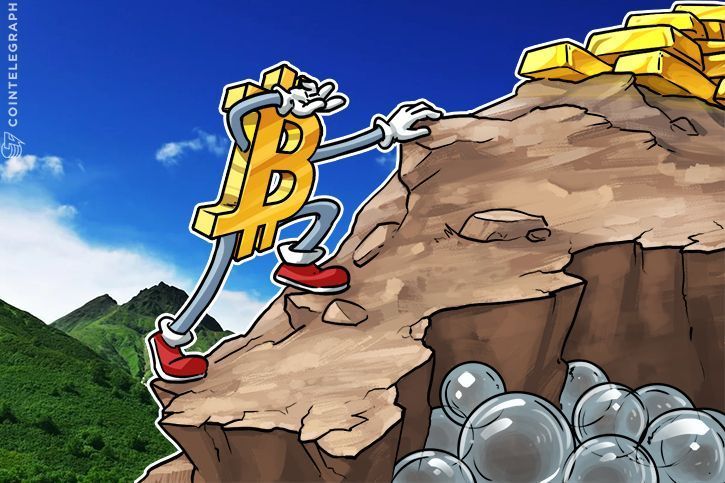