Just relax and buy the dip. This has happened the last 4 years over and over again. 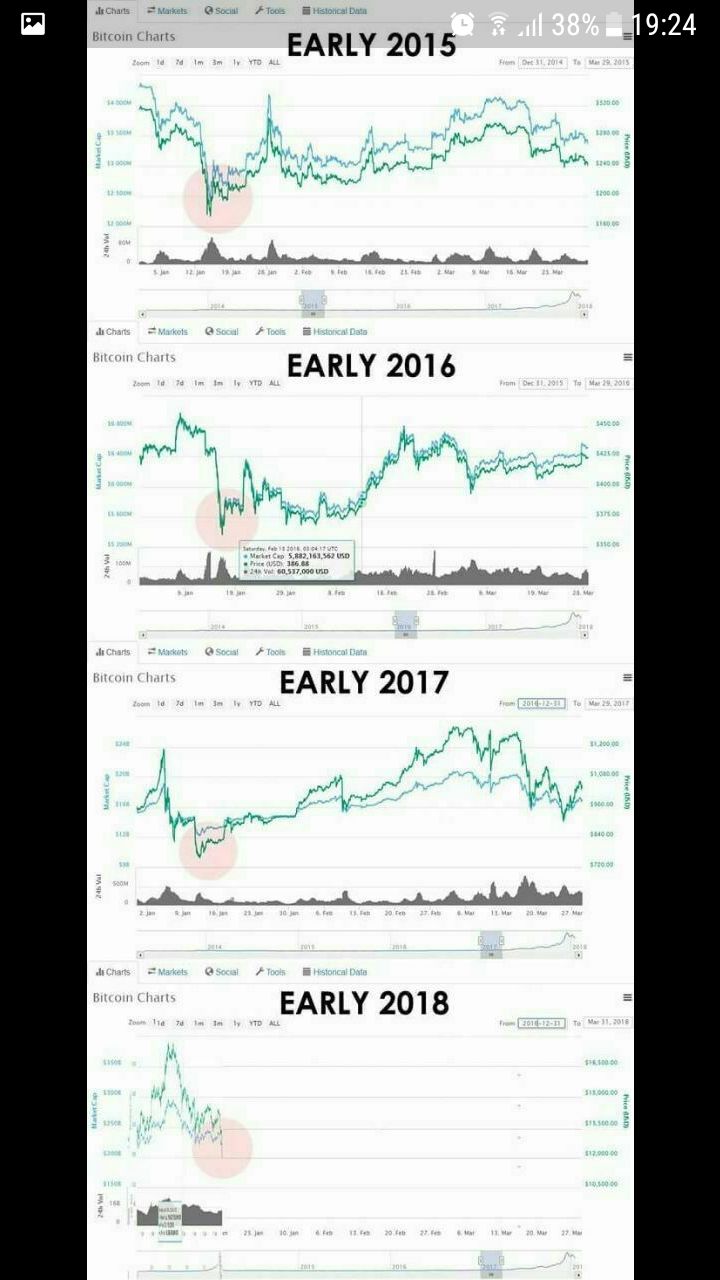 interesting to see that each year it happens^^ I hope it will go up soon, still ;p

Bitcoin is dying and its dragging the entire market down with it. The markets are literally joined at the hip with BTC, and when BTC falls because people have realized how slow and unreliable it is, the larger market ( the new money, people who have been in the game for less than 5 months) panics as they believe that bitcoin IS the market, and if bitcoin fails, then everything else does. This is part of the issue when people like Warren Buffett go on record saying that "Bitcoin is a bubble and will burst" That part is true, for the most part, not many people are willing to pay $36 for a transaction, especially one that takes an hour or more to confirm, and even more so when the developers make little attempt to fix the BTC network -

But when everyday people hear things like this is causes a massive amount of irrational fear...coupled with news from South Korea which was false, as well as news from traditional outlets that claim the market and Bitcoin are constantly dying. We risk going into a free fall in prices within the next few weeks if people don't stop spreading false information. The market dropped by 30% just on false news and an assumption that Korea MIGHT POSSIBLY COULD BE MAYBE be banned from the markets. What would happen if over a 3 day period Fox News and CNN falsely reported that "Bitcoin" was going to be banned in the US, without any proper sources to back it up? The market would implode all based on a rumour. This is why its VERY important to not follow false channels, or people looking to hype coins, its causing the market to expand in a direction that it shouldnt be going, which is the hype, pump, dump and the market is burning scenarios. This has a lasting effect on the human mind, and we'll pay for it eventually.