If you remember i had written an article a month or so ago that the authorities, Wall Street and the financial world mafia will never let BitCoin succeed. I am not talking about the BlockChain technology, BlockChain they can do nothing about. When Chicago Mercantile Exchange created futures on BitCoin, that very moment i wrote that its the death of BitCoin. Why ? Because to bring an asset class under speculation through a Futures Contract is equal to manipulation by the underwriters of the contracts physically present in that exchange. 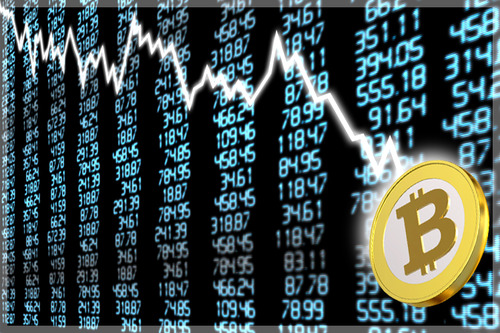 I can write a book as to how CME is the worst leader in creating speculative techniques for all asset classes. When i had seen the contracts on the long side becoming overwhelming on CME in the 2nd week of December on Bitcoin, i knew what was to follow. Simple, been there too many times to miss the signs of whats to follow. Short selling. So on December 20th i wrote an article giving my last caution call on BitCoin. It was around $19,000 that day. And what i was foreseeing is exactly what happened, it never crossed that point because the short sellers on CME and other exchanges that began to allow short selling in BitCoin, killed the coin.

Its called, Wisdom Of The Crowd, which is more powerful than any analyst prediction. What the people in majority think about an asset, chances are that it will happen. When the world thought that BitCoin will keep going up, BitCoin kept going up, The moment there was a hurdle created opposing the Wisdom Of The Crowd, the wisdom was replaced with doubts of the crowd and regulations played like the icing on the cake along with top notch world financial magnates giving negative comments created another havoc. Japan raiding the offices of Coincheck yesterday where there was a $500 million crypto heist, to South Korea banning all anonymous accounts related to crypto investments, to CFTC sending a subpoena to Bitfinex because of Tether to Indian tax authorities raiding crypto exchanges, bad news is raining like its the Amazon jungle. More bad news will be "Created". Yes created because there are too many institutional short sellers looking to make a quick buck.

BlockChain is here to stay. Rest assured. Good companies will continue to raise money for great BlockChain based ideas. Through ICO's or other ways. This phenomenon is not going to die, crypto currency craze might.