Why Bitcoin Is Dying

As the government steps in and wrecks shop on shady organizations, who do you think takes the hit.
It's the leader.
Bitcoin takes the fall. All the weak hands who are under educated on blockchain sell their bitcoin when FUD appears.

Now tack on the fact that bitcoin has failed to scale and every day they lose more supporters.
How often have you seen this reddit post?:
"After tons of research and with all the developments I've seen from bitcoin recently, I've decided I'm now a huge supporter of bitcoin."
This almost never happens. Nobody jumps on the bitcoin train because things are going so well.
People in droves are saying, "You know what, fuck bitcoin. Fuck the bitcoin politics. Fuck bitcoins use case. I'm going to another coin." 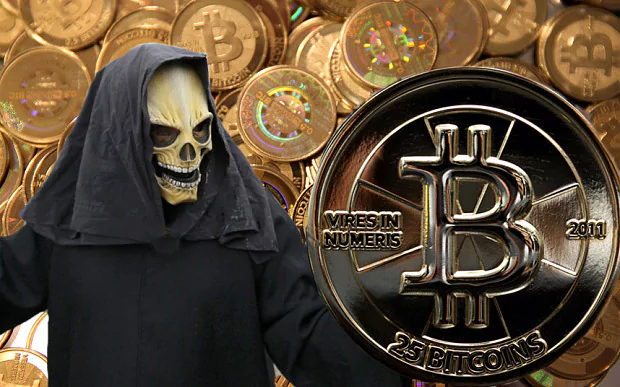 Now bitcoin is saved because tons of noobs are entering the scene and buying bitcoin.
How long can this balancing act last?
The difference being that noobs are weak holders.

BTC is LOSING not gaining HODLRS.
This is the most important metric to me.
The educated are leaving.

This is exacerbated by government meddling. They will fuck up anything they touch with great enthusiasm.

Bitcoin is dying. I love it, but me and my gold are on the greener pastures. Fuck you government and the bitcoin you rode in on.

I can perfectly well live with that. As long as it doesn´t take Steem and Eos with it, this old sucker can RIP.

cheers to that. I love the proof of stake blockchain.

Did you actually mention gold one day after traders were arrested for manipulating that market?

Anything of value with multiple players can be manipulated. Bitcoin is your best chance to achieve the freedom you seek.

I turned all my gold into crypto a while back. I mentioned gold only as a metaphor for wealth.
I'm moving out of bitcoin into other coins over time. I'm down to only about 20% of my crypto portfolio in btc

In that case I agree. Bitcoin is first generation and other altcoins will someday overtake it. Not sure if its this year but the way things are going, ETH has a chance to be top dog in terms of market cap.