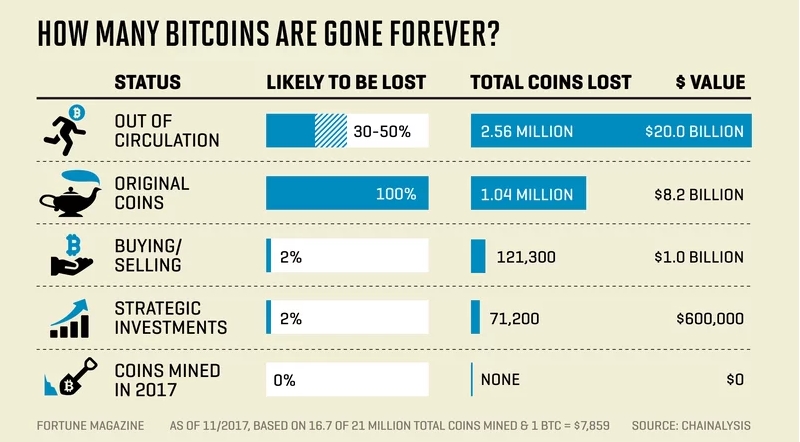 There are only 21 million Bitcoins that can be mined in total which is expected to be reached by 2140. The actual amount available to spend or trade will be much lower than that figure. Chainalysis estimate that 3.79 million bitcoins have been lost forever.

That means 23 percent of existing Bitcoins are lost.

Finally, there’s the question of what became of the bitcoins belonging to Satoshi who has not been heard from since 2011.
Chainalysis, a New York-based company that specializes in blockchain analysis, says wallets associated with Satoshi represent about 1 million bitcoins, and that its model assumes that those coins are gone forever.

Great insight. I think its closer to 2mil.

oh yeah read the same about coins out of circulation as well as people will keep losing some I am sure...like some mistakes with incorrect sends, losing their paper, cold storage wallets :)

We live in exciting times though! nice writeup @stylo!