#Bitcoin #Price Again started raising because of that announcement from the #European #Central #Bank which is ECB said that it's #ruled #out a ban on #crypto_currencies.
So, with this news the value #bitcoin volatile digital currency increased & stabilized on Wednesday morning as it already touch the $8,900 mark. Now currently Bitcoin Price is $9400 in #Crypto_Market.
China also going to complete their New Year on this week. So it will also help to raise the value of virtual currency to $10000 by this weekend.
The main reason for the raise came after the ECB's #President #Mario #Draghi resisted calls on Tuesday to #block #cryptocurrencies such as Bitcoin whose value dramatically went down from past few weeks.
This helps to #Cryptocurrencies started again to their biggest gains in weeks after the news from the President #shrugged off talk of a ban.
While the European banking officials were already warned to the consumers about the highly volatile nature of Major #Cryptocurrencies like Bitcoin, Ethereum, Ripple & many other altcoins.
Mario Draghi who is the current president for the European Central Bank also said in a video response to the users submitted questions that regulation is forthcoming or no ban on cryptocurrencies.
As we all know that #Bitcoin hits a record high in last mid-December to $19,850 for few days in December 2017 but later it tumbled in the first month of Jan 2018 then many FUDs created for the dramatically plunged to last year's November price in Feb 2018. 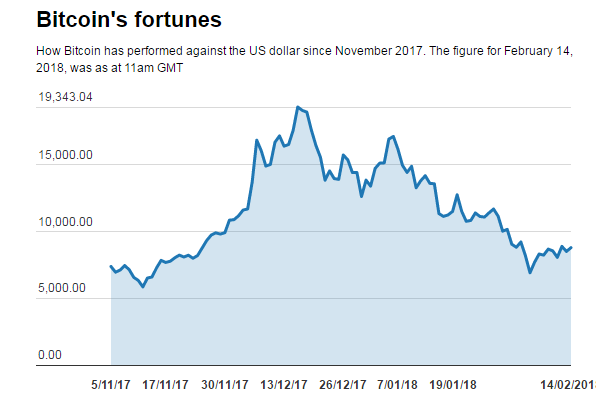