kenshishido (52)in #bitcoincash • 4 years ago

Bitcoin worked great for the last 8 years until the current 1M blocksize capacity started hitting the ceiling from the end of 2016.

Blocksize got so full this year and the transaction fee skyrocketed to as high as $5 dollars per transaction. Many users, good developers and businesses started leaving Bitcoin and went to other coins. You can't blame them, right?

Creator of Bitcoin, Satoshi Nakamoto, knew this coming and he explicitly said to increase the blocksize when the time comes, in response to Jeff Garzik's question on October 4th, 2010.

Satoshi also replied to Mike Hearn's question on March 7th, 2013 that Bitcoin can scale much larger than VISA by taking advantage of Moore's law in computer hardware and software technology speed of evolution. Remember, we watch 4K streaming video and my iPhone 7 has 256G storage. (Entire Bitcoin's blockchain is about 125G today.) 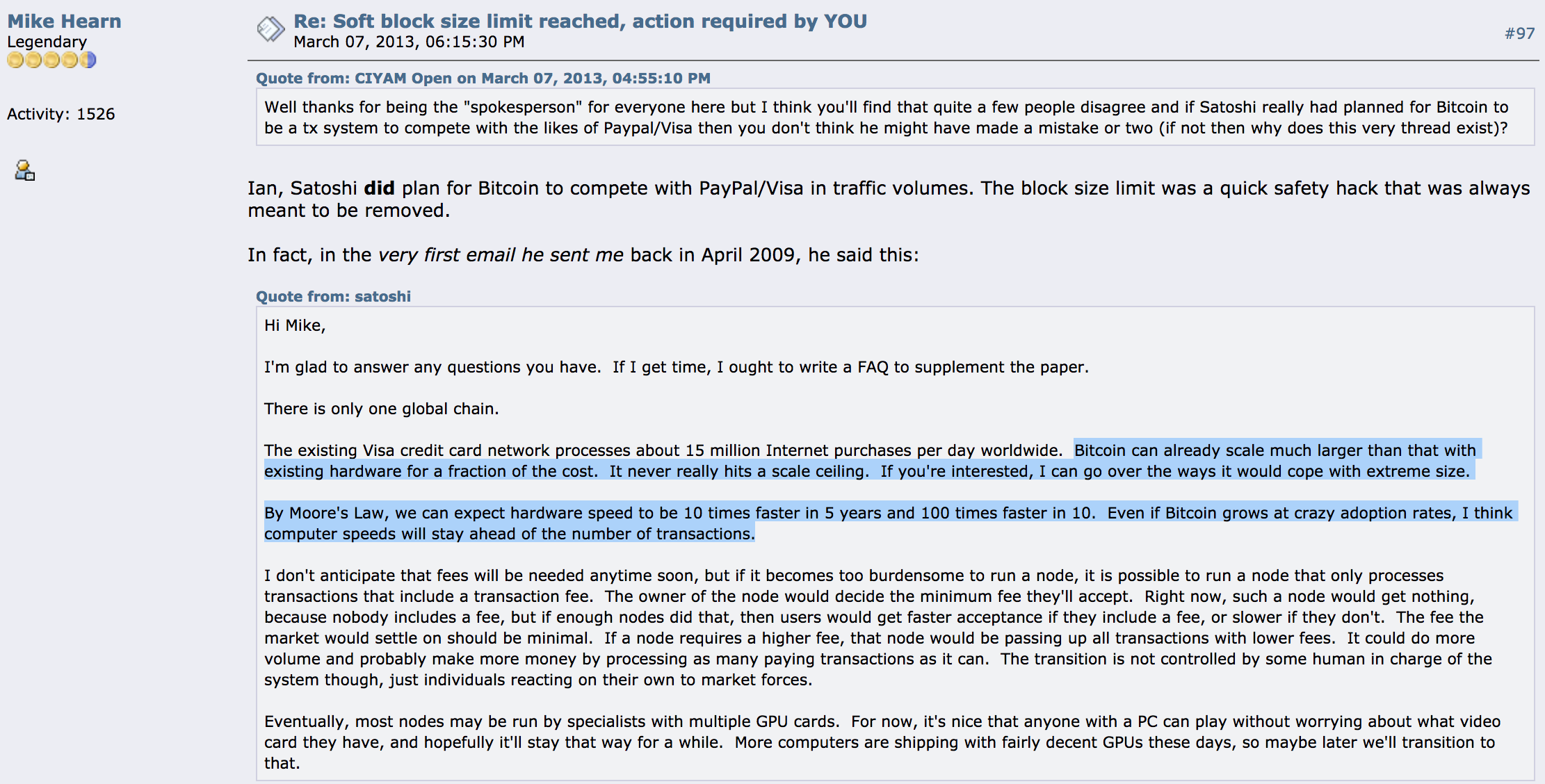 So, how come it's so difficult to increase the blocksize from 1M? And, why all the people who advocated bigger block, Gavin Adreasen, Mike Hearn, Roger Ver, Jihan Wu etc have continuously been ridiculed, harrased and attacked for the past years? We will finally see Bitcoin Cash tomorrow on August 1st with the initial 8M blocksize (8 times more capacity) after so many years of the debate. May god bless Bitcoin Cash! Very interesting to know that Satoshi predicted this 7 years ago!

Once the Bitcoin is running on the lightning network it will be so much faster! There may not even be a need to increase the blocksize

I calculated that if 25% of the miners go to BCC, TPS of BCC will be higher than BTCs.

I wont sell any bcc and hold both coins and wait which chain wins.