The future of blockchain banking

Blockchain's technology-based payment platforms are increasingly being adopted by the financial services industry and are the following to take control of bank-based transactions.

In August 17, the market capitalization of the Bitcoin surpassed that of giant fintech PayPal, a feat previously achieved by the cryptocurrency market overall. Such enormous growth, achieved through the adoption of mass consumption, is largely in grace to the increased security, the speed of transaction and the convenience offered by Blockchain technology. One of these payment platforms is the Swiss-based UTRUST startup, which aims to become the Paypal of the digital currency market. The company also intends to re-instill trust in online transactions by offering the world's first cryptocurrency payment platform with built-in consumer protection mechanism.

This proven platform is what consumers need to embrace Blockchain technology for their daily transactions.

According to CEO UTRUST, Nuno Correia, their goal is to democratize the cryptocurrency market and Blockchain technology so that all people can benefit fast, transparent and affordable transactions.

-Why Blockchain is ideal for the financial services industry and other industries
According to experts the main point of sale offered by Blockchain technology is the security it provides to transactions that take place in its conduit platforms.

Another advantage of Blockchain is the transparency of its transactions. Blockchain technology allows all transactions and balances to be seen by all users on the network, making it virtually impossible to be manipulated or falsified.

A decentralized protocol is the heart of the blockchain and is one of its greatest advantages over today's centralized alternatives.

Unlike banks, which can be pruned or stolen due to their use of central storage for both data or assets, Blockchain-based platforms are almost impossible to infiltrate as it would require access to each computer system on the network simultaneously to succeed.

-The Banking Sector's Efforts to Adopt Blockchain Technology
Understanding the potential of Blockchain technology, over 40 banks invest a large amount of time and assets worldwide to incorporate technology into their systems.

They believe that Blockchain's ability to eliminate the intermediary of the trade process will result in billions of dollars in savings. These funds, which would normally be spent on clearing houses and other verification processes, can now be more effectively invested in streamlining their business structures and payment systems.

A direction that is taking shape to be an extraordinary is the blockchain banking.

The blockchain is the main technology behind cryptocurrencies as the bitcoin or ether and is a distributed peer-to-peer network. It is much quicker, more efficient and less prone to error than traditional automatic clearinghouse (ACH) banking, which can save money and time for banks and make almost instant payments for consumers. On top of that, the decentralized nature of blockchain's makes it much more difficult for criminals to perform fraud. 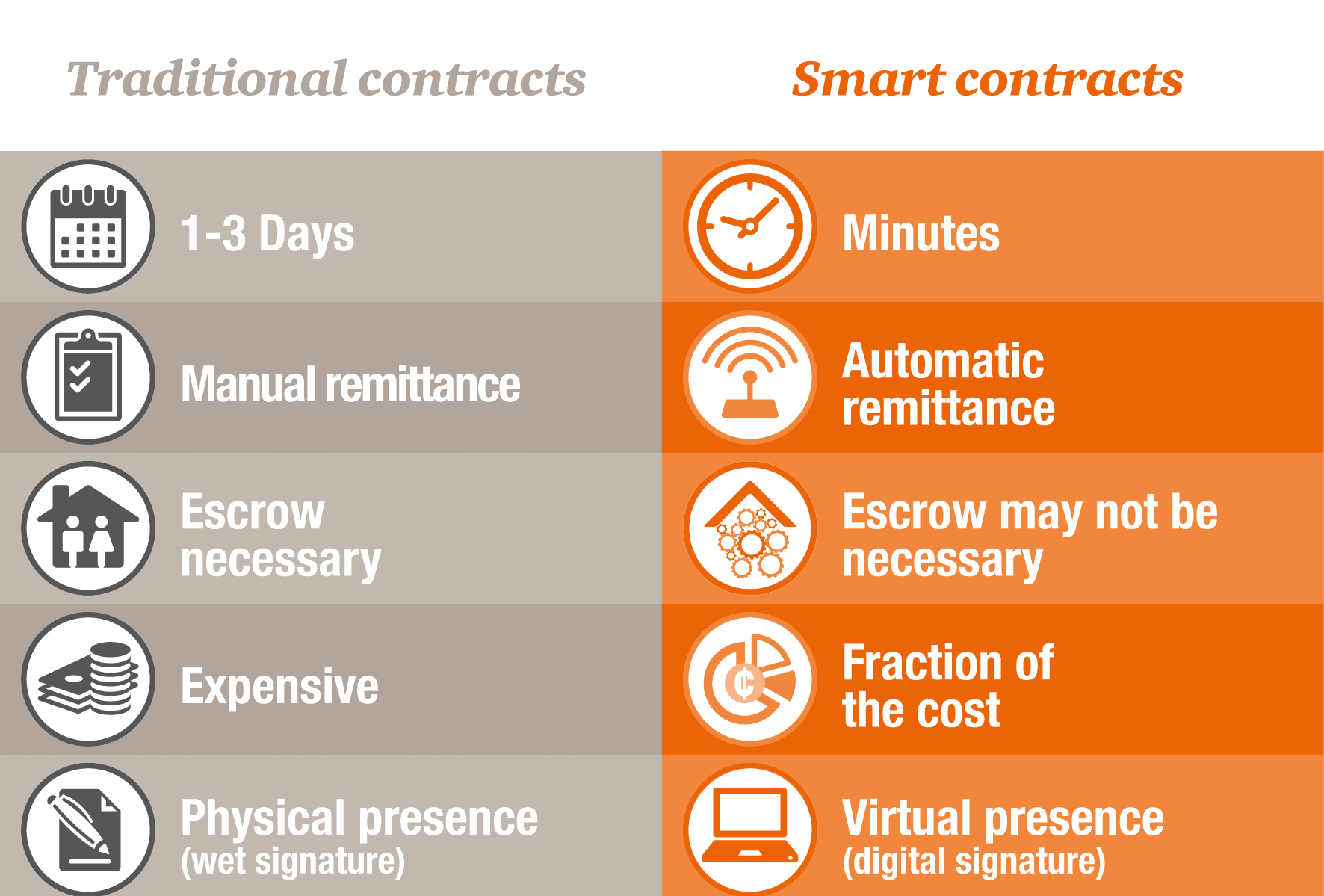 One of the most interesting elements of blockchain banking sector is smart contracts. Intelligent contracts allow consumers to exchange money, shares, property or anything of value in a secure manner, without conflict without someone in the middle to take a percentage. As a traditional contract, a smart contract sets the rules and penalties around an agreement. However, the best part of this is that an intelligent contract would also automatically respect these obligations.