Blockchain, a piece of cake for everyone

Anybody who pays close attention to the development of the blockchain will notice that there are many hype in this industry. For any company with blockchain or distributed ledger hotspots, their stock prices will generally soar. Although there are few active projects using this technology in the real world, it seems that people’s enthusiasm for this technology has not diminished.

It is no exaggeration to say that blockchain is a piece of cake that everyone wants to share. No matter whether it is the country, the government or the private institutions, or even the uncles and aunts in the square, they all rush to eat one bite. 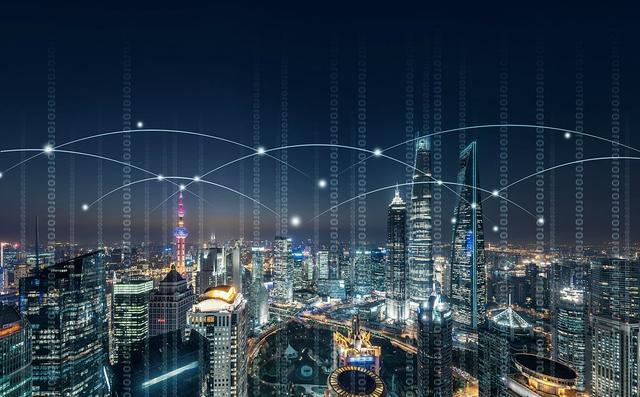 The latest research from Intrinsic Insights confirms that 87% of scientific and technological talents believe that this technology will be as destructive as the Internet, and will bring yet another disruptive impact on the economy and society. Everyone is also optimistic about blockchain technology.

Baidu Li Yanhong: Blockchain technology is revolutionary, but it is still in its early stages. In the traditional Internet, the virtual thing is "copying." It does not increase costs. However, after the blockchain arrives, it does make the virtual item unique. This Internet is very different from the previous Internet.

Tencent Ma Huateng: Before the blockchain was the traditional Internet, some people even ridiculed the Internet. This is indeed a very innovative technology, but how to use it and how to use it are another aspect.

NetEase Ding Lei: Blockchain itself is a technology, this technology has no problem in itself, but it can also solve many problems, and the application scenario is very rich and extensive. However, there is now excessive speculation in the blockchain and the technology itself has no harm. Just do not use technical names and gimmicks to guess. On the contrary, blockchains should be promoted according to specific application scenarios.
Financial circles - major banks have tested blockchain technology

Blockchain is a new digital technology. Its biggest feature is that it implements a consensus mechanism on the algorithm to ensure that different nodes can share information, establish trust, and acquire rights and interests. This technology is favored by many banks.

In its annual report, Industrial and Commercial Bank of China pointed out that it will fully deploy the frontier areas of financial technology, actively explore application scenarios such as blockchain, artificial intelligence, and internet of things, build a blockchain platform for poverty alleviation funds in Guizhou, and use blockchain technology to promote Xiong'an New District Transparent management of construction funds.

China Merchants Bank wrote in its annual report that in recent years, the development of cloud computing, big data, artificial intelligence, blockchain and other technologies may be “big outbreaks” in the near future. “Commercial banks are seizing this wave to complete the transformation. The key to success in the next three years is to make the loss of mobile payments repeat in other areas."

Blockchain, a piece of cake that everyone sees sosobtc图3

On April 22, 2018, at the guidance of the Ministry of Industry and Information Technology, the first Blockchain Venture Capital Fund in Shenzhen was formally launched at the Wanguo Blockchain Expo hosted by China Electronics Business Association. The fund is the first blockchain special fund for strategic investment of Shenzhen Angel Mother Fund. The initial size of the fund is RMB 500 million, of which the Shenzhen Angel Investment Guidance Fund contributes 40%.

"On the chain" Xiong An. In February this year, the blockchain rental application platform was put on the line in Xiong'an. This is the first case of applying blockchain technology to the rental industry in China. Listed listings, landlord tenant status, house lease contracts, etc. will be verified by multiple parties and cannot be tampered with. Solve the problem of real estate, real house, and real residence. The tenant's privacy is protected by encryption using cryptographic algorithms.

On April 20th, Ant Financial Xiong'an Digital Technology Co., Ltd. and the Bank of China Xiong'an Branch signed a strategic cooperation agreement in the Xiong'an New District, and will cooperate with Xi'an-based housing leasing based on blockchain technology.

In addition, Xi'an will also apply blockchain technology to municipal services, blockchain, big data and other information technologies, and will be applied to all aspects of urban management operations and security protection.
In the next few years, will the blockchain technology gradually expand into different areas and whether there will be explosive growth and whether it will have disruptive influence? Let us wait and see! awesome way to look at it. Lets just hope we can figure out a way to successfully scale the different blockchain platforms. I actually spoke to someone who is involved in the ethereum foundation a couple weeks ago. And the way he put it was ethereum is awesome and has lots of potential but as of now it does not work, because it does not scale. This restricts many DAPP developers who want to run on the ethereum platform since their DAPPs can never really go viral.