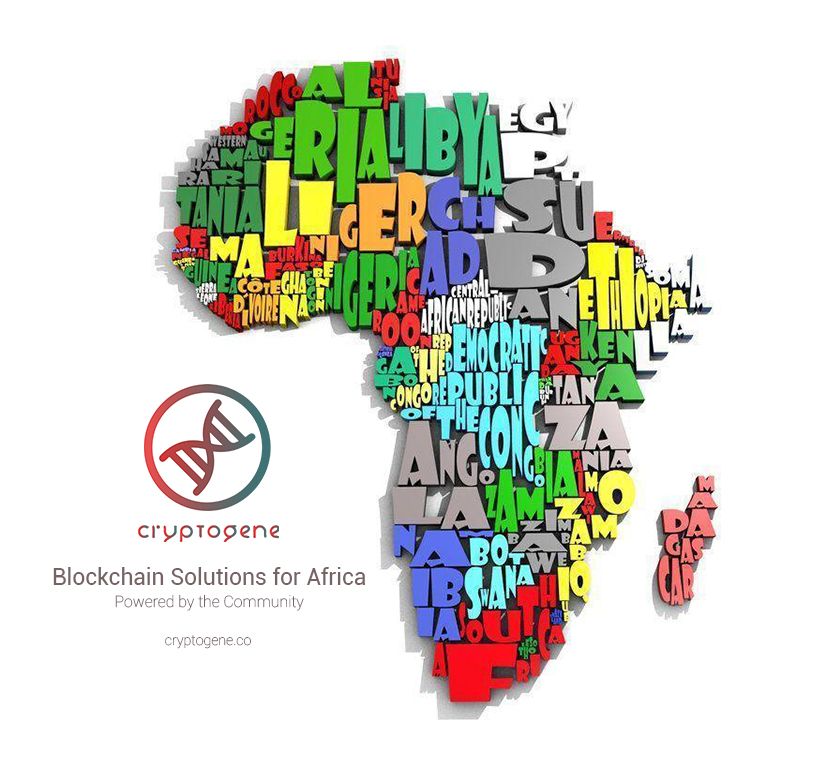 Once again, we're here at a crossroads. Crossroads? Why crossroads, you may wonder.

Well, for the upteenth time, something great is about to emerge from the shores of Africa. But then, I think it's ironical to say this because Africa, historical has been famous for great feats.

We were termed the “Cradle of civilization” not for mere words and indeed the Egyptian civilization is one that still rings a bell in the annals of history.

But then again, relating this same propensity for great feats is this upcoming cryptocurrency blockchain revolution.

Firstly, for what it's worth, I have never, I repeat, never heard or come across any crypto-project so mega (conglomerate of minor projects all in one), and even much less emanating from the shores of Africa.

I get inundated by calls per millisecond; Twitter tweeting, Facebook buzzing; heck, even WhatsApp and Telegram going haywire… And even more, with a fanatical and die-hard community fueling the heat, the stage is about to get set.

But what's happening? What's the deal?

It’s Cryptogene! An upcoming massive project! Just about everything about the project has got Crypto tongues wagging.

Want to know what's the deal? See the White paper to see what's got them talking.

But what’s it about Cryptogene you may want to ask. Here's the deal in a line - It’s a well defined mega platform that practically takes care of the major challenges Africa faces as a whole.

Cryptogene is here to help! See the White paper to see what SILK has planned for you

So what has set Cryptogene apart from the others your curious mind may again want to know.

Cryptogene differs from the others because;

Perhaps you may want to check the Community behind Cryptogene. The passion, the loyalty, the never-die attitude, the motivation, and the enthusiasm. It's overwhelming; It's infective.

A even a plus, is the caliber of persons behind the team. It's a highly motivated and professional one.

One good thing about the blockchain and cryptocurrency is its decentralization. And if there's anything that has held Africa backwards for long, is the imported and somewhat corrupted version of imperialism, neo-colonialism and ultimately Government-backed and sponsored centralization.

But hope is here, and it can only get better with the birth of this new revolution

Talking about blockchain and cryptocurrencies, I think it's high time Africa be brought to limelight.

This shows the entire world yet again that ours isn't a continent of people with "dark brains" after all. No, we are not a bunch of mediocre.

We have a beautiful cryptogen idea and great white paper as well.

It shows that whatever is achievable anywhere in the world is achievable in Africa and with Africans if we just set our heart to it.

I appreciate the effort of the team behind the #cryptogen project. I got some PRE-ICO coins myself, and encourage everyone to participate in the upcoming ICO.

Blockchain technology is continuing to grow, with not much sign of slowing down and it is poised to soon play a part in many different areas of our lives, for the better or the worse.It's a very good project for the african.

PS. U might want to change one of the tags to cryptogene
#resteemed

I believe this project will open the eyes of Africans, we are really lacking behind in the technical know how of Blockchain. Weldon Cryptogene Team. A good project, and a great Goal you have going.

It's great to see African entrepreneurs making use of initial coin offerings to fund their projects as it can be very challenging for startups on the continent to raise funds locally.

For more on Cryptogene, you can check out our "Meet Africa's Blockchain Startups" piece on them: http://bitcoinafrica.io/2017/07/13/meet-africas-blockchain-startups-cryptogene/

Can one still participate in the pre ico. I didn't get the hint early enough.

Pre ICO has ended. Wait till 24 September for the main ICO

This is an interesting project, saw a mention of it in cointelegraph, https://cointelegraph.com/news/altcoin-founder-slams-need-for-icos-after-alternative-experiment, which I found to be positive.

I think people should embrace this project as it is real compared to the numerous scam ICOs floating around.

This is my personal opinion.Always do your own research in all investment in cryptocurrency.

Followed the link you dropped in the group. Everything about Cryptogene sounds interesting, I will be learning more about it in the coming days.

Naija! We nor go carry last.
Love whats going on at cryptogene