DIG Mizan has lived with me for four months WHY if marriage is false; In an interview given to Jugantor Miriam Akter Echo, DMP depicts additional police commissioner Mizanur Rahman and remanded him to forced marriage, including the romance of the whole incident. One and a half hours of this video is stored near the Jugantor.

He told the reporter that the allegation against me in the case of 30 (08) 17 is not true. I do not know anything about this case. On July 14, I took me from Panthapath's house and got married on July 17, Additional Police Commissioner Mizanur Rahman. But the marriage was very dirty. His driver Gias Uddin was a lawyer for marriage of 50 million rupees and a constable named Jahangir was kept in the witness. Jahangir is perhaps his bodyguard or domestic worker. Several times before my marriage, my husband (additional police commissioner Mizan) used to say that his first wife is very sick. They do not live in the country, they live in Canada. He has been divorced. He tried to weaken me by saying these things. 'Asked for his identity, Echo said,' I used to work in a bank. Leave the job because of your own problem. Troy did a private channel for some time. I was trying to join private bank again as well. "Asked how to get acquainted with additional police commissioner Mizanur Rahman, Echo said," I want cooperation from a processor of job processing through one of my friends staying in Malaysia. The girl said that if there is an apple in Gulshan Nikunja, I could have a job arrangement if I contacted her. Then one day Nikunja called him and I met him. At one stage of talking about the job, she said, "I introduce you to one person, her jack is very high." By saying this, the DIG talked to DIG Mizan and gave me permission. Then he (Mizan) said, "You leave from here (Nikunja)." I'll call you After going to Tejgaon Channel I office, DIG Mizan made me call video in Vibhara. After the first word, I am embarrassed in his video call. '

Mary said, "After 20-25 days of saying this, DIG Mizan (maybe DIG Mizan) went to Singapore. From there, I expressed my interest to call him a few personal things. "Asked to show interest in personal talk, Echo said," He used to be in trouble with his life. No one here. The woman is outside. What are these So I told him, then let the family be sateled. At that time, I did not know that he was at some level in the police. I do not even know about it. He might have been thinking of Second Marriage. And I did not have much interest in these issues. Because I did not get married then. For these reasons I have avoided him. After that there was no interaction. In this, my family had a conversation about a family with a foreign resident in Canada. On July 4-5, the family members of the son also saw me. Since the boy was not in the country, the two family members said that both boys and girls can speak through video conferences. Then let's see what happens. In this situation, the boy who was a family member would call me. "Echo said," I was not aware of the track that I have been tracking by The Time My Number She (DIG Mizan). At one stage he had no contact with me. But he is continuing on the mobile track. He tracked the number of people I talked with. Track my phone, find out where my relatives and relatives are. I am at home, flat number, and what is the name of the guard. "In this context, Echo said," I did not know whether or not I had any intention of taking that time. But I did not make the phone reponsan a kind of anger. Later, I understand that DIG Mizan was made to Ignore, etc. 'Mariam said,' I still did not know that he was a DIG (Additional Police Commissioner). I did not understand DIG mining. "When asked about the details, Miriam said," During this situation, a friend of Mizan, Dean Gazi Shamim Hasan of Bangabandhu Sheikh Mujib Medical University, called me one day, said Mizan. "

Asked how DIG Mizan took you away, Echo said, 'That day on 14th July, it was probably Friday. DIG Mizan called in front of my house in Panthapath and said, "I am in front of your house." I've done a lot of rage. Come down, I want to say sorry for you. I said, do not say what do you have to say. You go away. I have no one in my house, I can not get out. "DIG Mizanur Rahman said, why asked why EqO asked the reporter, 'He has distanced me a lot. At one stage, I blocked one of his numbers. He has a lot of numbers. Then another number speaks from the bottom of the house. At one point of the talk, Mizan said, "I have heard that your wedding talk is going on." I am surprised to hear this. How do you know these words - Mizan said to the question, hey madam i know all. You know what you are eating at home, what you are doing, and who knows where you live. "Echo said," On that day, Mom was in Bogra. There is no one except the working girl, the younger brother and driver at home. I do not have a father. Mian Tao knew Mamu was in Bogra. He knew the name of my older sister. At one point I said to him, okay, I will not talk about this. I forgive you, you go away. Then Mizan said, or you came down down, I would ask for forgiveness. Then I said, it was not excessive for you? Then he said, "If you do not come, I will go to your house." Then I'm angry, you're a government officer. 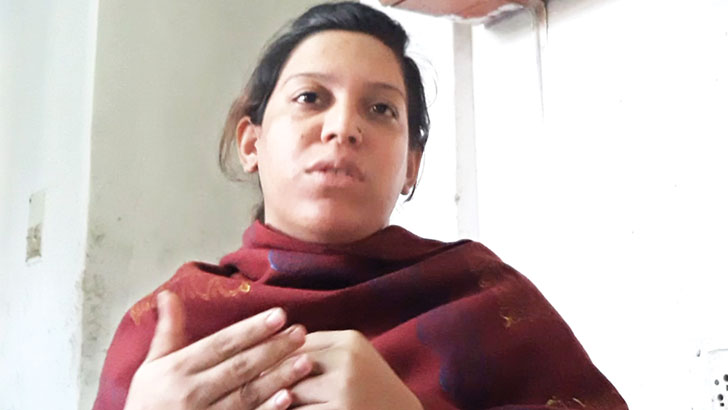