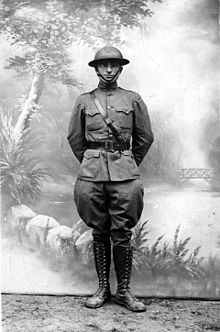 Harry S. Truman (May 8, 1884 – December 26, 1972) was an American statesman who served as the 33rd President of the United States (1945–1953), taking the office upon the death of Franklin D. Roosevelt. A World War I veteran, he assumed the presidency during the waning months of World War II and the beginning of the Cold War. He is known for implementing the Marshall Plan to rebuild the economy of Western Europe, for the establishment of the Truman Doctrine and NATO against Soviet and Chinese Communism, and for intervening in the Korean War. In domestic affairs, he was a moderate Democrat whose liberal proposals were a continuation of Franklin Roosevelt's New Deal, but the conservative-dominated Congress blocked most of them. He used the veto power 180 times, more than any president since and saw 12 overridden by Congress; only Grover Cleveland and Franklin D. Roosevelt used the veto so often and only Gerald Ford and Andrew Johnson saw so many veto overrides. He is the only world leader to have used nuclear weapons in war. He desegregated the U.S. Armed Forces, supported a newly independent Israel and was a founder of the United Nations. Truman was born in Lamar, Missouri and spent most of his youth on his family's 600-acre farm near Independence. In the last months of World War I, he served in combat in France as an artillery officer with his National Guard unit. After the war, he briefly owned a haberdashery in Kansas City, Missouri, and joined the Democratic Party and the political machine of Tom Pendergast. Truman was first elected to public office as a county official in 1922, and then as a U.S. Senator in 1934. He gained national prominence as chairman of the Truman Committee, formed in March 1941, which aimed to find and correct waste and inefficiency in Federal Government wartime contracts. 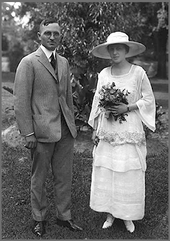 After serving as a United States Senator from Missouri (1935–1945) and briefly as Vice President (1945), he succeeded to the presidency on April 12, 1945 upon the death of Franklin D. Roosevelt. Germany surrendered on Truman's 61st birthday, just a few weeks after he assumed the presidency, but the war with Imperial Japan raged on and was expected to last at least another year. Truman approved the use of atomic bombs to end the fighting and to spare the U.S. and Japanese lives that would inevitably be lost in the planned invasion of Japan and Japanese-held islands in the Pacific. Although this decision and the numerous issues that arose as a result of it remain the subject of debate to this day, most historians agree that it was one of the principal factors that forced Japan's unconditional surrender. Truman presided over an unexpected surge in economic prosperity as the U.S. sought readjustment after long years of depression and war. His presidency was a turning point in foreign affairs as the United States engaged in an internationalist foreign policy and renounced isolationism. Truman helped found the United Nations in 1945, issued the Truman Doctrine in 1947 to contain Communism and got the $13 billion Marshall Plan enacted to rebuild Western Europe. His political coalition was based on the white South, labor unions, farmers, ethnic groups and traditional Democrats across the North. Truman was able to rally these groups of supporters during the 1948 presidential election and win a surprise victory that secured a presidential term in his own right.

The Soviet Union, then led by Joseph Stalin, became an enemy in the Cold War. Truman oversaw the Berlin Airlift of 1948 and the creation of NATO in 1949, but was unable to stop Communists from taking over China in 1949. In 1950, he survived unharmed from an assassination attempt. When Communist North Korea invaded South Korea in 1950, he sent U.S. troops and gained UN approval for the Korean War. After initial successes in Korea, the UN forces were thrown back by Chinese intervention and the conflict was stalemated throughout the final years of Truman's presidency. On domestic issues, bills endorsed by Truman often faced opposition from a conservative Congress, but his administration was able to successfully guide the U.S. economy through the post-war economic challenges. Truman maintained that civil rights were a moral priority and in 1948 submitted the first comprehensive civil rights legislation and issued Executive Orders to start racial integration in the military and federal agencies. Allegations were raised of corruption in the Truman administration, linked to certain cabinet members and senior White House staff; this became a central campaign issue in the 1952 presidential election and helped account for Republican Dwight D. Eisenhower's electoral victory. Starting in 1962, scholars ranked Truman's presidency as "near great" and since then he has been ranked between 5th and 9th in historical rankings of U.S. Presidents.