15 Signs You're HIGHLY Intelligent! Are you one of the smart people?? Do you agree with this video??

So today I decided to post this video because I would like to hear your point of view about what decides that one person is intelligent and why another is not. When I was in elementary school, intelligence was measured on the basis of grades. I don't know how the classes were conducted at your place, but in Slovenia the class was divided into three parts. Namely: the first level to those who had the worst grades, then was the second level where the average children were and in the end was the third level, which included the most ''intelligent'' children.
You can just imagine what kind of disagreements they have made among/ between classmates. 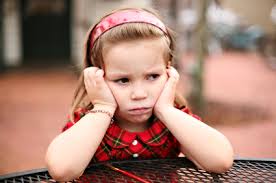 I personally think that this is not the right way to measure the intelligence, because some children like to study more than others. But this doesn't mean that they are more intelligent it just means that they like to study or that didn't have anything else besides school so they had more time for studying.

I personally use the word intelligence when somebody is capable to think by himself that is not afraid to tell his own opinion and for me the intelligent people are those, who come to conclusions by themselves and those who can react correctly to certain situations.....

But hey this is just my point of view...

What is your point of view?
Do you agree with the video?

Congratulations @nenakrizman! You have completed some achievement on Steemit and have been rewarded with new badge(s) :

I agree with you @nenakrizman, intelligence and doing a lot of work (studying) isn't the same. Good schoolgrades doesn't necessarily mean that you're intelligent.