This is the 10 Insane Facts About Scientology 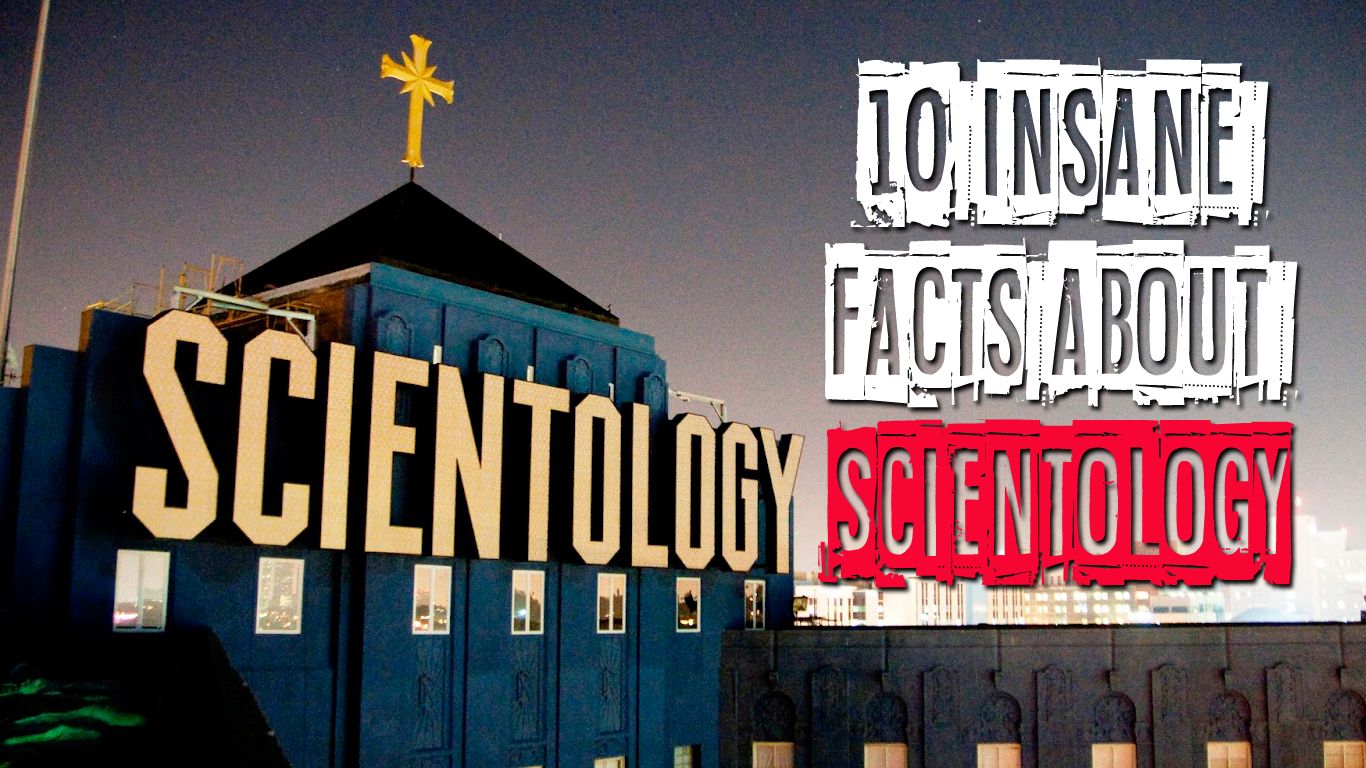 If you thought jumping on couches was bad, yikes. This is the 10 Insane Facts About Scientology In 1957, L. Ron Hubbard created Scientology, a religion whose devout followers are required to pay thousands of dollars, undergo strange procedures, and sign contracts of secrecy. They believe that 75 million years ago there was a planet with a human civilization that looked much like 1950s America with cars and streets and so on.

A being named Xenu was their galactic overlord and before he could be removed from power, he froze all of them, stored them in boxes, and flew them to a prison planet called Teegeeack, a lonely rock which we now know today as Earth.

The boxes were dropped into volcanoes and then hit with hydrogen bombs. This caused their spirits, called thetans, to fly out, get captured, and endure images of crucifixion and other horrible things being shown to them.

Now every time someone is born, thetans crowd into our bodies and become the root cause of mental illness and fears. This sounds legit.

9: The Founder was a Science Fiction Author 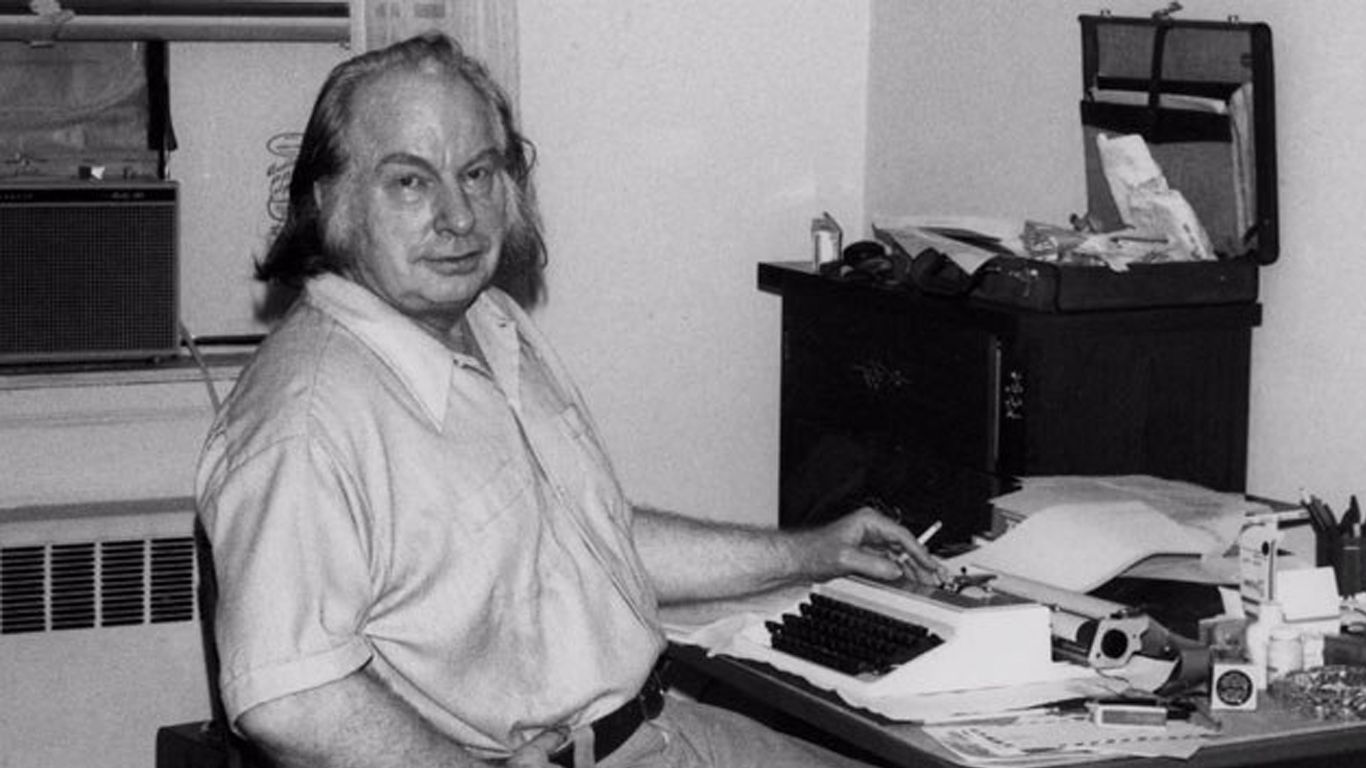 Before he became a crazy cult leader, L. Ron Hubbard was actually a published author of five hundred pulp fiction stories and fiction novels from February 1934 until his death in 1986. He holds Guinness World Records for being the most published author in written books, audio books of his works, translated editions of his works, and translations of a single book.

Much of his early pulp fiction short stories were considered to be entertaining, but his later works were hit with more criticism due to their exaggerated and thin plots.

During the mid-1930s, Hubbard wrote several Hollywood movie scripts but was not named in the movie's credits. After establishing the Church of Scientology in 1952, he returned to writing in 1982, starting with Battlefield Earth, a story that was later turned into a horrible movie produced and staring famous Scientologist, John Travolta.

8: They Have Their Own  Version of  Confession In a similar manner to other religious confessions where you must let your sins be known to receive forgiveness, Scientology conducts what are known as audits. An auditing session involves a subject, known as a pre-clear or PC, an auditor, and sometimes the use of a device called an E-Meter which is like a shoddy version of a lie detector.

Generally, the auditor will sit in a room with a PC and ask them a series of personal questions, sometimes digging into deeper, personal experiences or traumas. This is supposedly done as a form of therapy. When the needle on the meter fluctuates, it might prompt the auditor to ask more about a certain subject.

The point of auditing is to extract bad feelings and memories in order to go clear and continue your Scientology training.

7: Member Must Pledge Their Soul For a  Billion Years 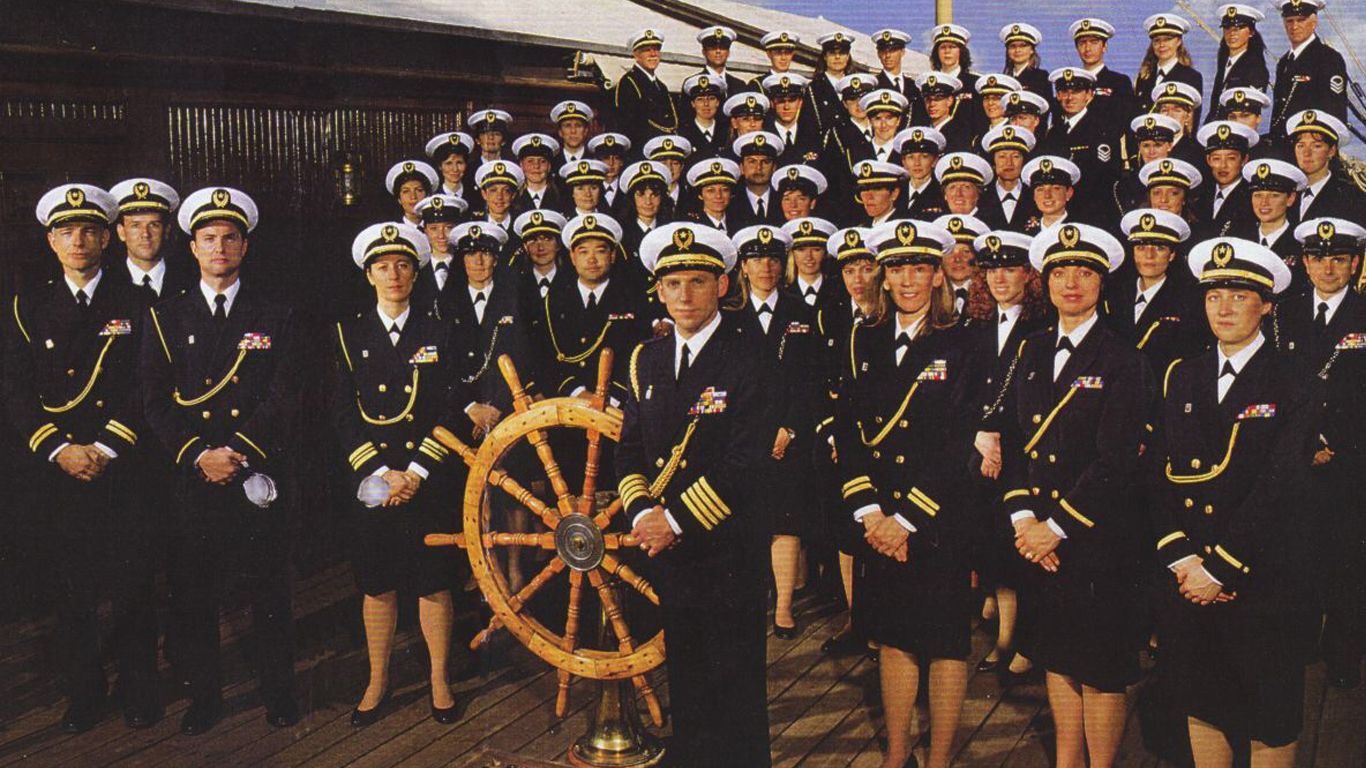 Scientology members that have displayed a deep loyalty and willingness to achieve more in the church are often encouraged to join the Sea Organization, also known as Sea Org.

Sea Org is conducted like a military with ranks and punishments and boot camp like living quarters that operates the corporate side of the church, providing maintenance to facilities, earning funds for the church, cooking and managing employees.

The induction process into the Sea Org involves signing an odd contract that pledges your soul to them and says you'll serve for one billion years. Members are actually obligated to do this or they're just flat out denied entry. This means that if you die as a member of Sea Org, your soul or your reincarnated self will be expected to continue serving and this expectation will continue for literally a billion years.

6: Members are Forced to Cut off Loved Ones Since Scientology is so strict on beliefs and maintaining order among its members, being a part of the church can lead to what is known as disconnections in personal relationships. Anyone that the church rules label as a suppressive person, basically a critic or bad influence, must be completely separated from your life.

Members who have difficulty disconnecting from relationships are socially isolated by their friends in the church and even threatened and convinced that disconnection is the best option.

In 2014, Sarah Goldberg, a mother of two and a 36 year member of the church was told to disconnect from her son, Nick, after he became friends with opposers to the church. If she couldn't remove him from her life, she would be shunned, forcing her Scientologist daughter, Ashley, to disconnect from her. Ultimately, she chose to stay connected to her son and she was expelled from the church and from her daughter. 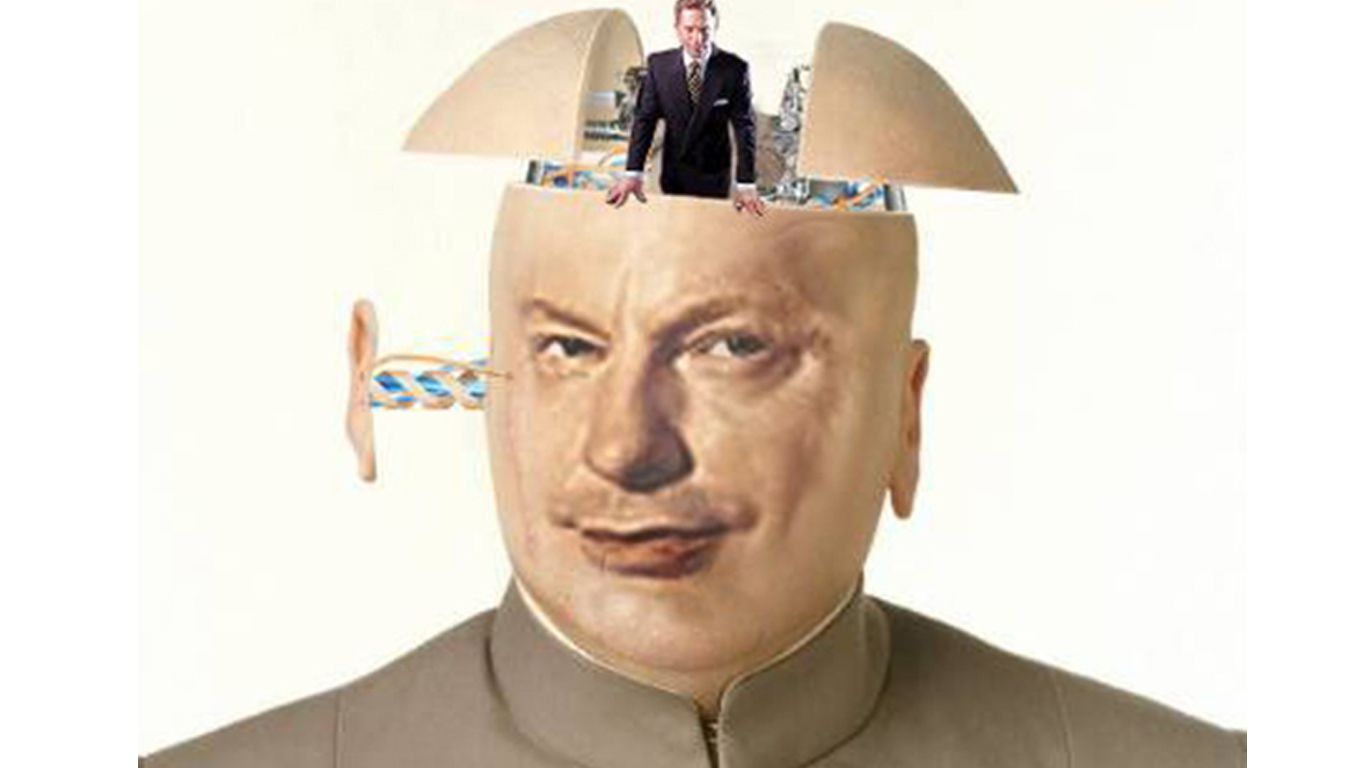 Though Scientology outright rejects things like psychology and mental illness, its founder and original leader was extremely mentally ill himself.

L. Ron Hubbard's most famous work was his 1950 book Dianetics, basically the Bible of Scientology, but the precursor to this was a manuscript he wrote in 1938 of a story called Excalibur. While Hubbard never published the manuscript, he told extremely sensationalized stories about its affect on those who read it, saying that it could unlock the ability to control and manipulate people, but he wrote it after an anesthetic he received at the dentist caused him to believe that he had died for a total of eight minutes.

In that time, he thought up ideas that would revolutionize everything, ideas that he considered to be more important than the teachings found in the Bible. Hubbard's own son, Ronald, has claimed that his father was a compulsive liar and mentally ill.

4: They Control Your Kids Members of Scientology's Sea Organization are pressured to not conceive children. If they do, they are required to give up the child for adoption or undergo an abortion. If both options are refused, they will face expulsion from the organization.

Being ejected from Sea Org can be extremely difficult for many members who have joined at a young age or who have remained in the group for so long that they don't know anything outside of Sea Org and its operations. Parents who join Scientology or who have children while they're members are instructed on how to raise and what to feed their kids.

Some children are raised by other members while their parents work grueling, 17 to 20 hour shifts for the church nearly every day. In some cases, kids are turned into spies against their parents by the church to make sure that their moms and dads are obeying the rules.

3: It is Extremely Difficult to Leave 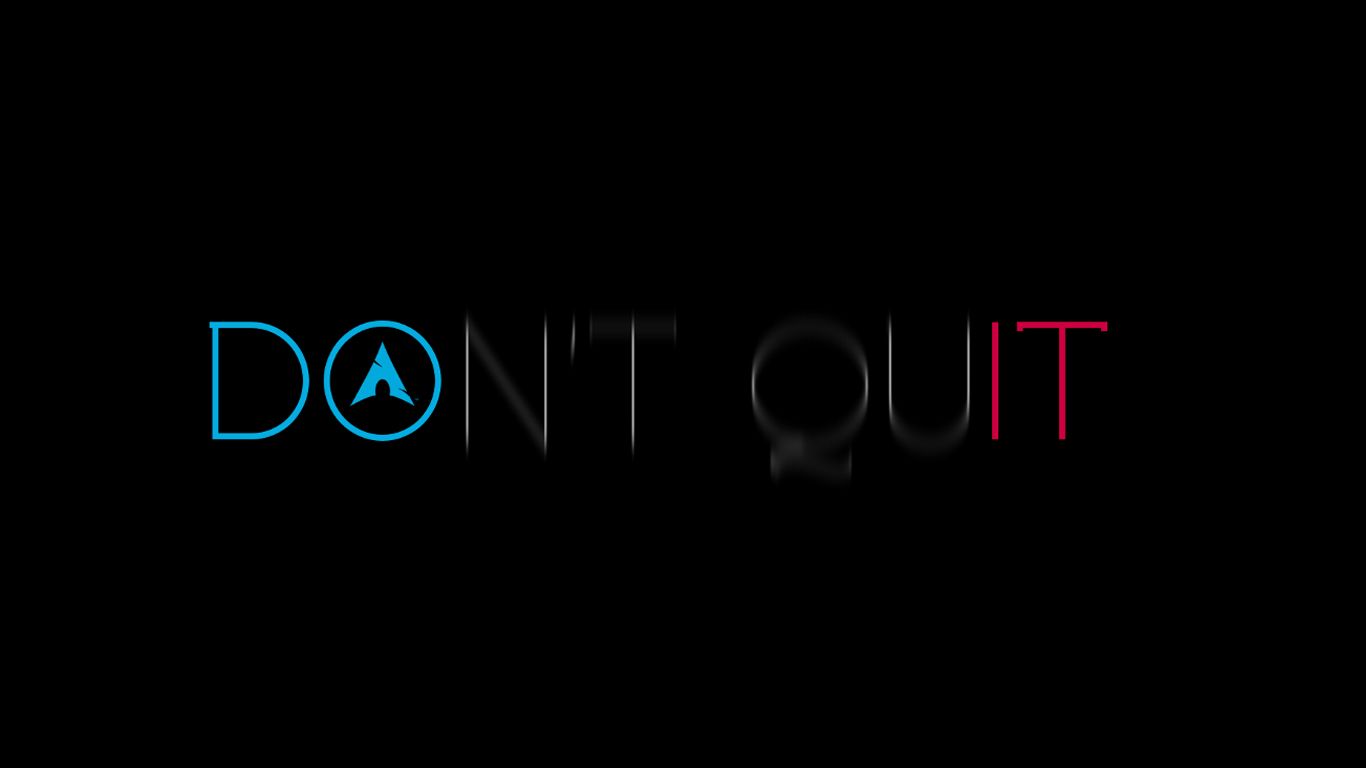 It's only been in recent years that success stories about leaving Scientology have come to light. This is, in part, due to the fact that Scientology does so much to ensure that you're with them for the long haul, including brainwashing its members into ignoring outside media or fighting back against critics.

The other reason that you don't see many people fleeing is because they make it so hard to leave. If someone escapes and refuses to come back to the church, they will send members to track down, threaten, and harass them.

A large amount of effort is put into ensuring that ex-members don't speak out against Scientology with defectors being blackmailed or hit with lawsuits and they'll slander your reputation around town before you can even try to speak out.

This is why whenever important church members, like Leah Remini, Paul Haggis, or Mark Rathbun, leave and go public, it should be considered a big deal.

2: The Church has been Linked to Violence and Death The attack the attacker policy declares that Scientology is not a turn the other cheek religion and urges its followers to investigate and take action against anyone who publicly opposes them.

Stack that onto the R2-45, a process in which a person's thetan is separated suddenly from the human body by way of bullet to the head and it's easy to see why a number of deaths have been linked to the church. Possibly the most famous death associated with Scientology occurred at Fort Harrison

Hotel in Clearwater, Florida on December 5th 1995. This was when 36 year old Lisa McPherson lost her life to a pulmonary embolism and what a local medical examiner initially called negligent homicide. Though McPherson sought psychiatric help, the church stopped her from getting it.

They denied any involvement in her death and later settled in court with McPherson's family for an undisclosed amount. 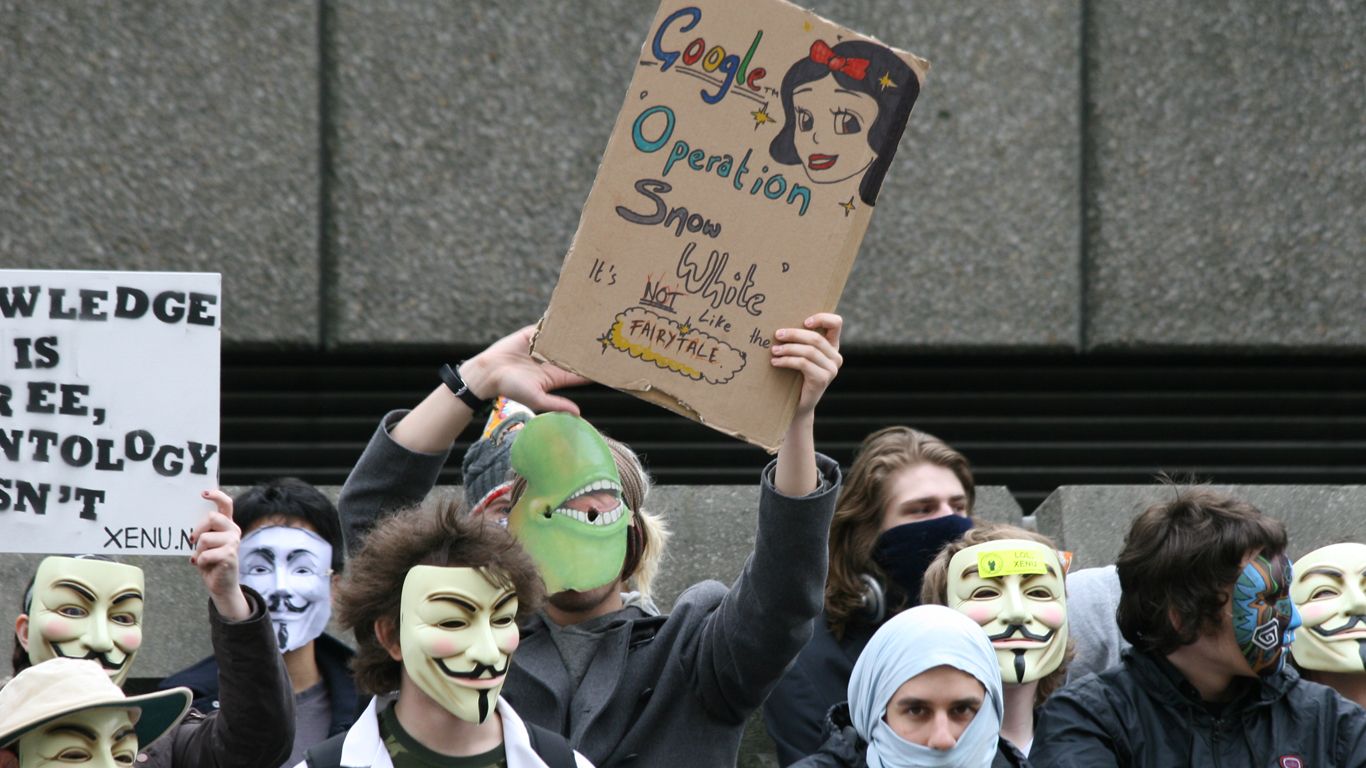 During the 1970s, high ranking members of Scientology, led by Hubbard, devised a plan to seek out Scientologists to seek employment at many different government agencies and organizations that posed a threat to the church.

Officially beginning in November of 1974, Operation Snow White, as it was called, managed to steal and copy important files from 136 government sources in 30 countries with the use of nearly 5,000 undercover agents. Snow White is considered to be one of the biggest infiltrations into guarded United States information ever.

The operation ended with the arrests and eventual convictions of 11 high ranking Scientologists including Mary Sue Hubbard, L. Ron's wife, on December 6th 1979. Mary Sue received five years in prison and a $10,000 fine for her role and L. Ron was named as a co-conspirator but was already in hiding where he remained until his death on January 24th 1986.

Well, that was all very disturbing, but if you learned something and you enjoyed this make sure you drop a Upvote on this article and follow if you haven't yet. My name is @padmakshi and I will see you in the next article. Have a great day. The @OriginalWorks bot has determined this post by @padmakshi to be original material and upvoted(1.5%) it!

Wait, what?? I'm mind-blown! This was a very enlightening article. After you wrote that it's hard to leave I was confident they must be linked to killings and stuff. You confirmed that. Thank you for a very informative post @padmakshi.

Really good work. I escaped from Narconon an organization that is owned by Scientology, pretending to be something else.