D and I have been working our buts off to make the new house semi habitable as it will become our permanent residence on May 18th. 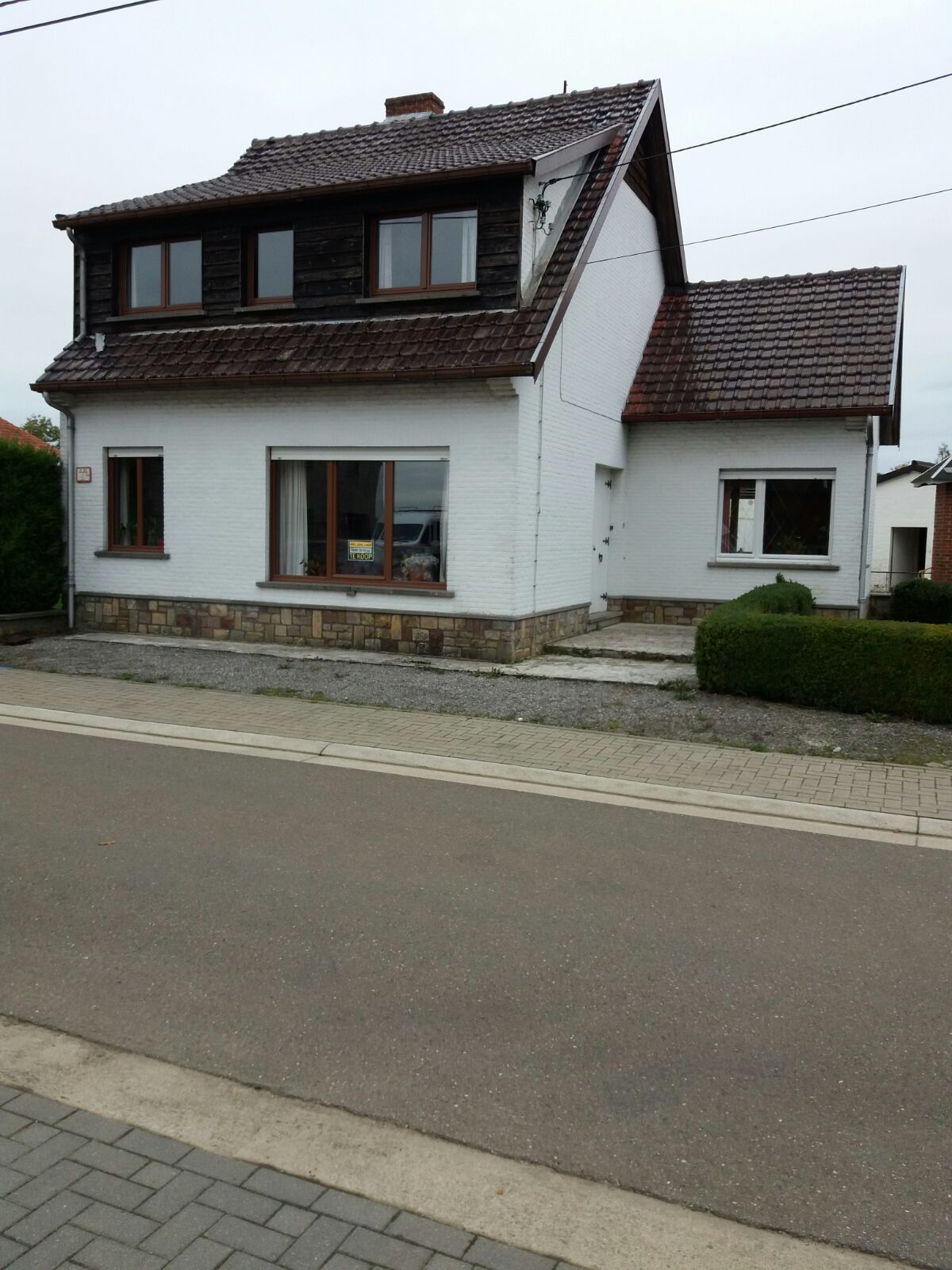 Having been built in 1961, its first owners didn't expect they'd ever need a lot of electricity. People owned a washing machine. A sewing machine. And that was pretty much it.

The whole house has eight power outlets. The first floor, where we plan to temporarily love while the ground floor gets renovated, had a hand total of three outlets. Wowsers.

We've been working hard for a few days now, trying to remedy that situation. Boy, am I glad my man knows how to do all this stuff. I mostly stick to demolition.

The most memorable demolition project so far, though, has got to be the Great Greenhouse Battle of '18.

Attached to the barn was a huge glass greenhouse. The first time we let our dogs into the yard, Henna rain straight into one of the glass side panels. A very real concern was that one of them would put their head through the glass and get seriously injured because of the shards. We decided the greenhouse would be one of the first things to go.

After D and I spent a whole day removing glass panes from the roof, we realised how dangerous that thing really was. A lot of the panes were cracked or broken into multiple shards held in place by old, pulverised mastic.

Sus, the old man who used to live there, had layered new mastic over the old wherever he could reach it so we spent a considerable amount of time working our way through, gently tapping at the stuff with hammer and chisel until it gave way so we could remove the pieces of glass with minimal breakage. 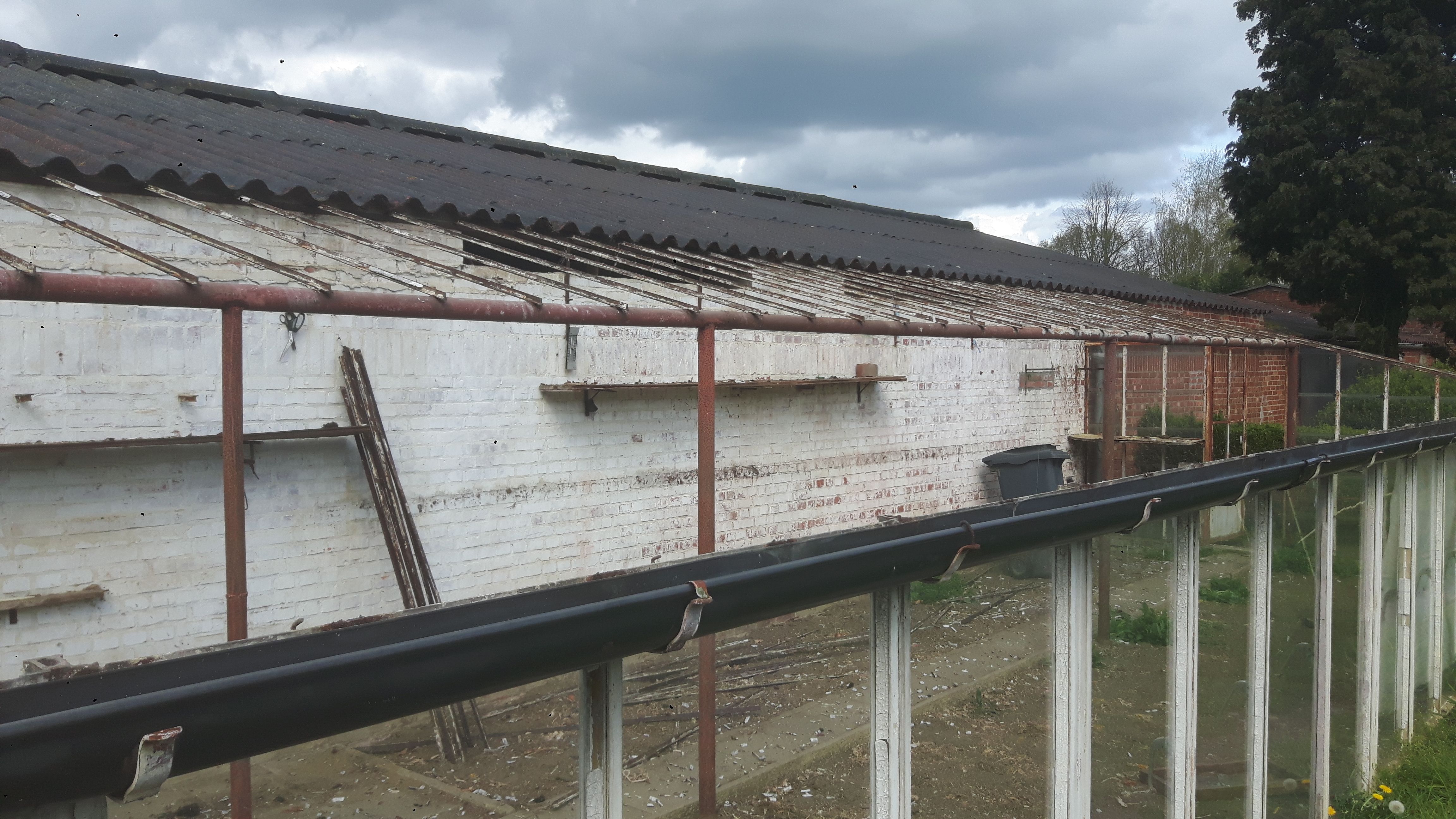 Afterwards, we had to remove the glass paneling from the long side, which was a bit easier to do, as they were all mounted on single hinges. That was the theory anyway. Apparently, fifty-years-old hinges tend to be rather uncooperative.

It was while carrying away another surprisingly heavy glass door, that we realised the two men got the easy job, nailing whire mesh fence onto fence posts. So much for "Women's Work," a term my MIL seems fond of.

The short side was made of--surprise surprise--more cracked glass panes. The mastic here was perfectly accessible to Sus, bless his heart, so it was perfectly fresh and extra hard to get rid of. After about two panes, MIL stars huffing and puffing. "This is not women's work." But she faithfully stuck with me despite my yelling her to rest and drink some water. After two more panes, there was another, "This is not women's work," accompanied by a "Maybe we shouldst leave this to the men."

Again, I told her it was fine to go rest and drink some water. After the third exchange, she took me up on my offer while I continued my assault on the dreaded mastic.

She tried for two more times to persuade me to leave this bit to D and his dad before turning to her husband. "Will you say something? Tell her to stop! That's not a job for a woman."

D couldn't help but laugh at that point. " The think she's gonna listen? The more you tell her to stop, the more bullheaded she'll become."

What do you know? It only took him 3 years and a half but I think he caught on to that.

Now, to MIL's credit, at this point she'd worked her butt off already and she's not really used to physical labour. We ended up forcing her to rest when she refused to abandon me and my unwomanly greenhouse crusade and giving her something else to do that was a bit more attainable for her.

In the end, victory was ours and the yard was a safe place again for all members of our family. Stay tuned for more of our adventures as we turn this place into our house of dreams!

Wow, only 8 power outlets? Sheesh!
Looks a big job but I'm sure when you look back in years to come you'll smile fondly. 'Women's work' lol.

The place was built in a time when even the toaster hadn't been invented yet. 😆

Either you or someone who valued your post shared this post on Pimp Your Post Thursday in the Steemit Ramble discord. Looking forward to you visiting us again. 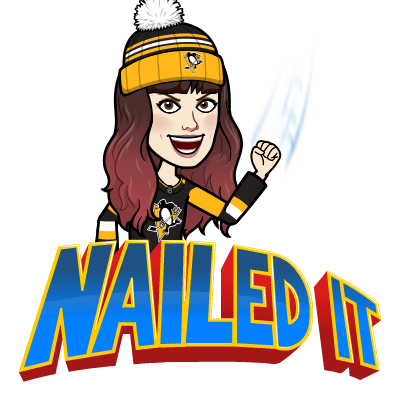 Wow, a lot of work you guys are putting into this. Hahaha "womens' work." Can't let old stereo-types hold you back. The funny thing about that though, it's commonly framed as men limiting women but just as often women (of older generations, that is) limit themselves, okay to accept the "woman's" role to not be involved with dirty, manual labor. Gender doesn't matter when you set a goal and are determined to do what it takes to reach it. Nice work! You know it already, but I'll tell you that you kick ass anyways. 😁

Aww, thanks. To be fair, she's been a real trooper, and she's been doing whatever she can to help out along with her husband. But I'm a bit stronger than the average woman. D has me lifting shit that would get me in trouble with her again if she saw me do it. lol

Yeah, I didn't mean to limit the value of her contributions--sounds like she's been a great help.

D has me lifting shit that would get me in trouble with her again if she saw me do it.

I know, I know. Just funny how she still thinks she'll get me to listen to reason. XD

Wow. I love your house! Thanks for showing us a bit of this. I see why you guys were so excited to do this! Awesome place!

With our furniture getting in there, it's starting to feel like home a bit more too. Now we just need more power outlets and some running (preferably hot) water. :-D

Remember you are the authority! Just kidding! Great work this is amazing! Love to see that team work!

Uhm. We share authority. Unless it's about the dogs. They'll look at me for backup and if it doesn't come, they'll obey him. XD

I LOVE watching the restoration of old houses! There is a house that has been in our family for almost 100 years that sits empty right now. I'm hoping to save the money to turn it into a bed and breakfast. Breaks my heart to see it there empty and alone.

Aww I dream of the day I will have my own home... but I dream of the ideas I'd have to make it "my own little corner" enjoy even if it's tiring has to be thrilling.

It's so worth it. I hope you'll make that dream come true.

I love seeing DIY projects in progress. They always turn out to be more work than you expect, but more fulfilling too. Good luck!

Thanks. It's going to be a ton of work but we'll get there at some point.

Oooo.... I would love a Greenhouse some day.
Sad to see it go... Imagine Herbs all year round? Fresh tomato?

Would I try some fruits, too? Sure.

Between the horses, the dogs and their training, a full-time job and a husband in the military who will be away for considerable amounts of time, I'm afraid a greenhouse would end up getting neglected anyway.

But it was sort of sad. It was obviously well loved. Even if it was a safety hazard. The whole house feels a bit sad still. When we first visited it, the sewing room and kitchen looked like the mistress of the house had to leave in a hurry. Sewing machine set up, reading glasses still next to it.

Cleaning supplies set out on the counter, ready for fall cleaning.

Bringing our stuff in seems to help but I suspect the place will need to get used to living again. ☺

Wholly molly. Who would have thought that over all those years they would not have upgraded the wiring and added to the number of outlets. Wow. Feels good when you can see the progress on projects line this and when you look back you will have built fond memories... Have fun, be careful, and take lots of pictures... Gives us motivation to get off our arses and get going on some of our own projects. :-)

I know, right? It's hilarious.